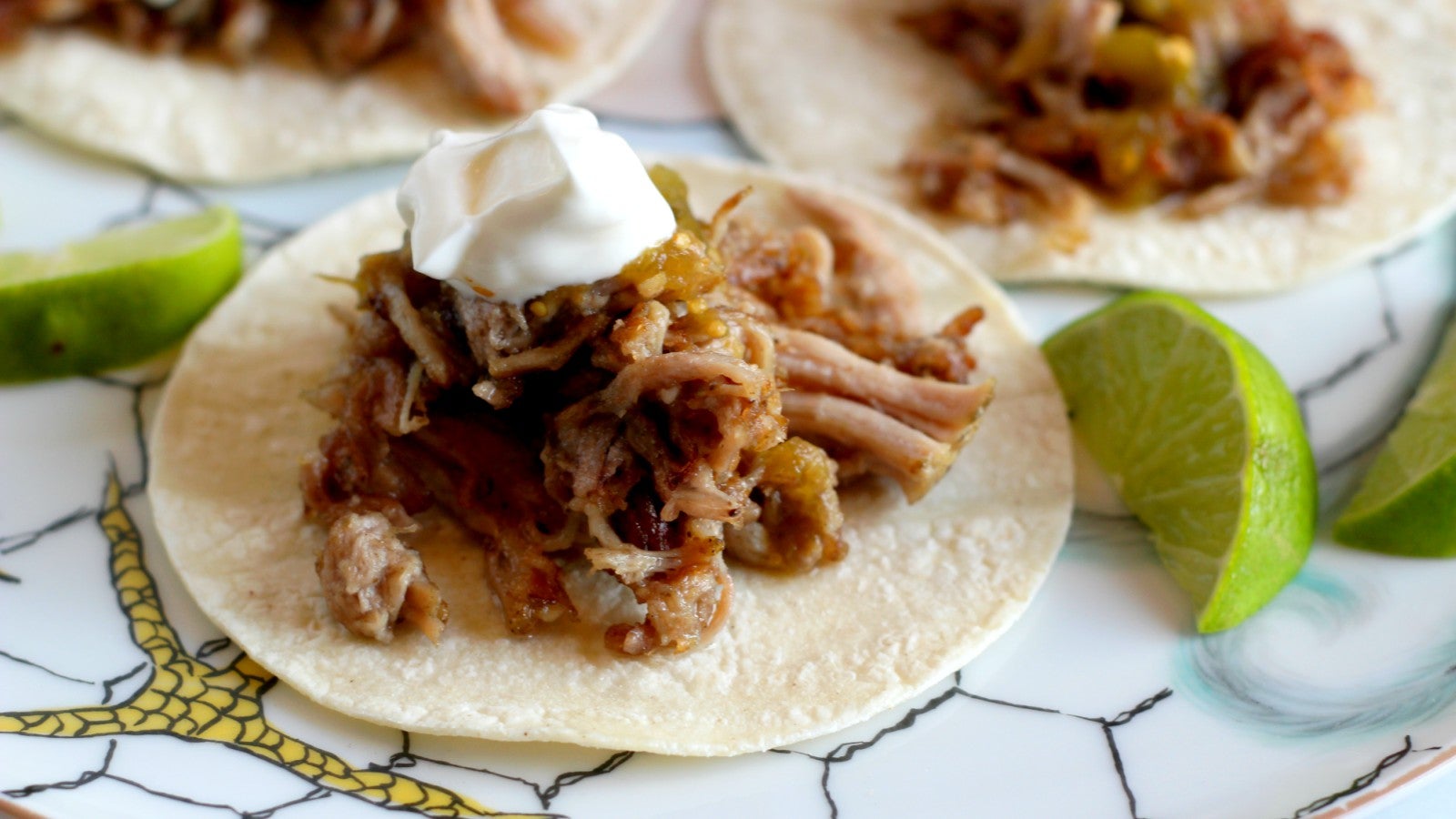 Hello, my babes, and welcome back to Will It Sous Vide?, the column where I usually make whatever you want me to with my immersion circulator. This week we're turning our collective consciousness to one of my favourite taco fixings: juicy, tender, crispy carnitas.

Similar to beef tongue - which we have sous vided with much success - a big ol' pork shoulder is a natural match for our precisely controlled, moist cooking environment. Traditionally, carnitas are submerged in lard while they cook, but there's no need for that here, as sealing the meat in a vacuum bag lets it gently cook in its own rendered fat.

Excited to eat many delicious tacos, I picked up a seven-pound pork shoulder at Safeway. I had not originally intended to purchase such a large cut, but the dude manning the meat counter did not have his "meat cutting certification", and thus could not divide the shoulder into smaller portions. This ended up being OK though, as - for one - a whole, seven-pound pork shoulder costs less than 20 bucks. Also, carnitas takes quite well to freezing, so I will (happily) be eating tacos for many weeks, maybe months. 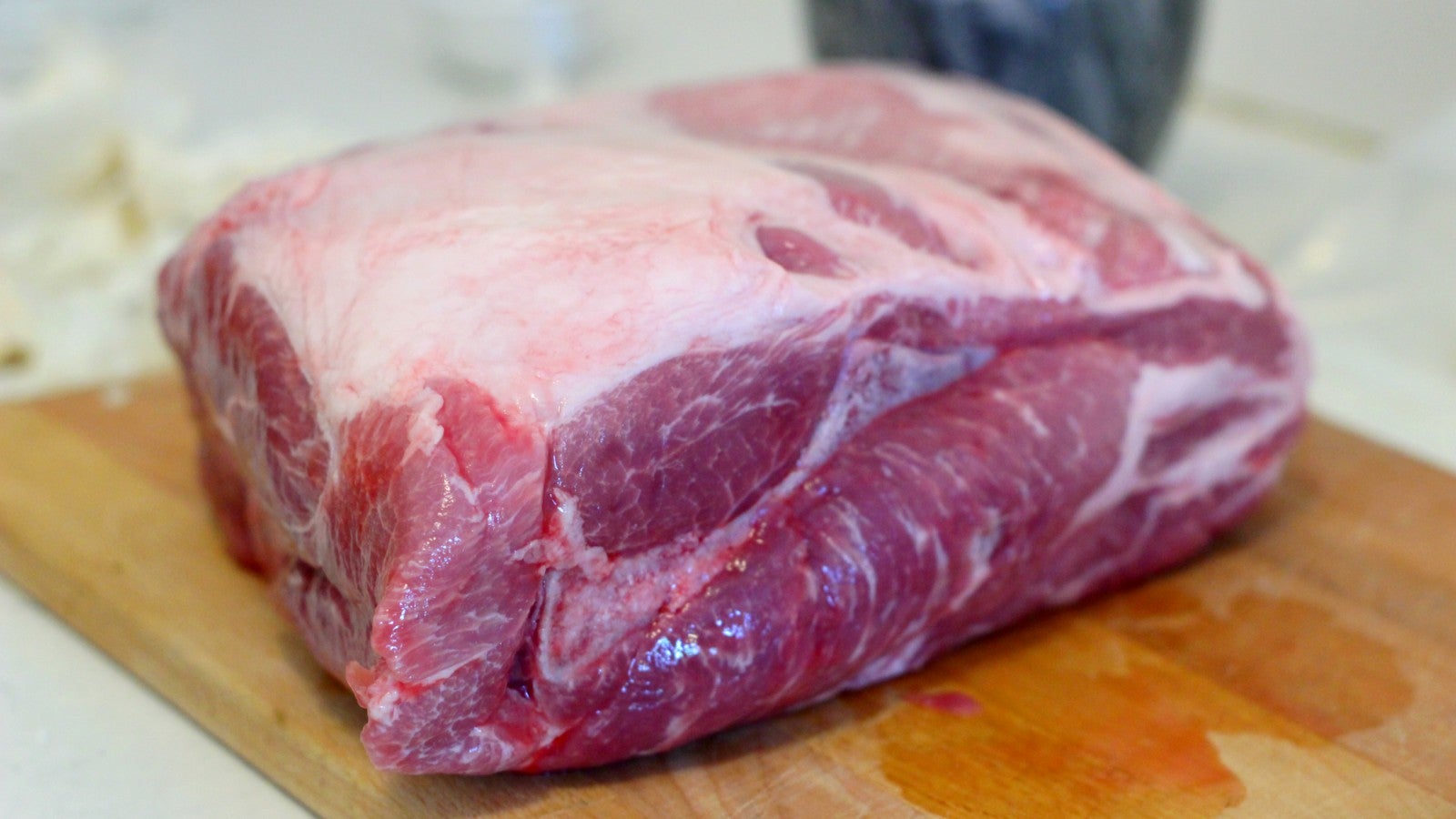 This pork surplus also meant I could divide the meat into two portions, cook it at different temperatures, taste both porcine outcomes, and pass this hard-earned thermal knowledge on to you.

I removed the bone - a bone I was not expecting for some reason - and divided the shoulder into even piles of meat. I cut each portion into a couple of two-inch-ish slabs, and seasoned each with:

Those hunks of meat then went into a vacuum bag with:

I didn't not add any orange, because a commenter had requested our carnitas be made specifically without a "nasty orange." You could add some if you want, but it doesn't need it. I'm a big fan of letting the meat speak for itself, and fruit can obscure the conversation. 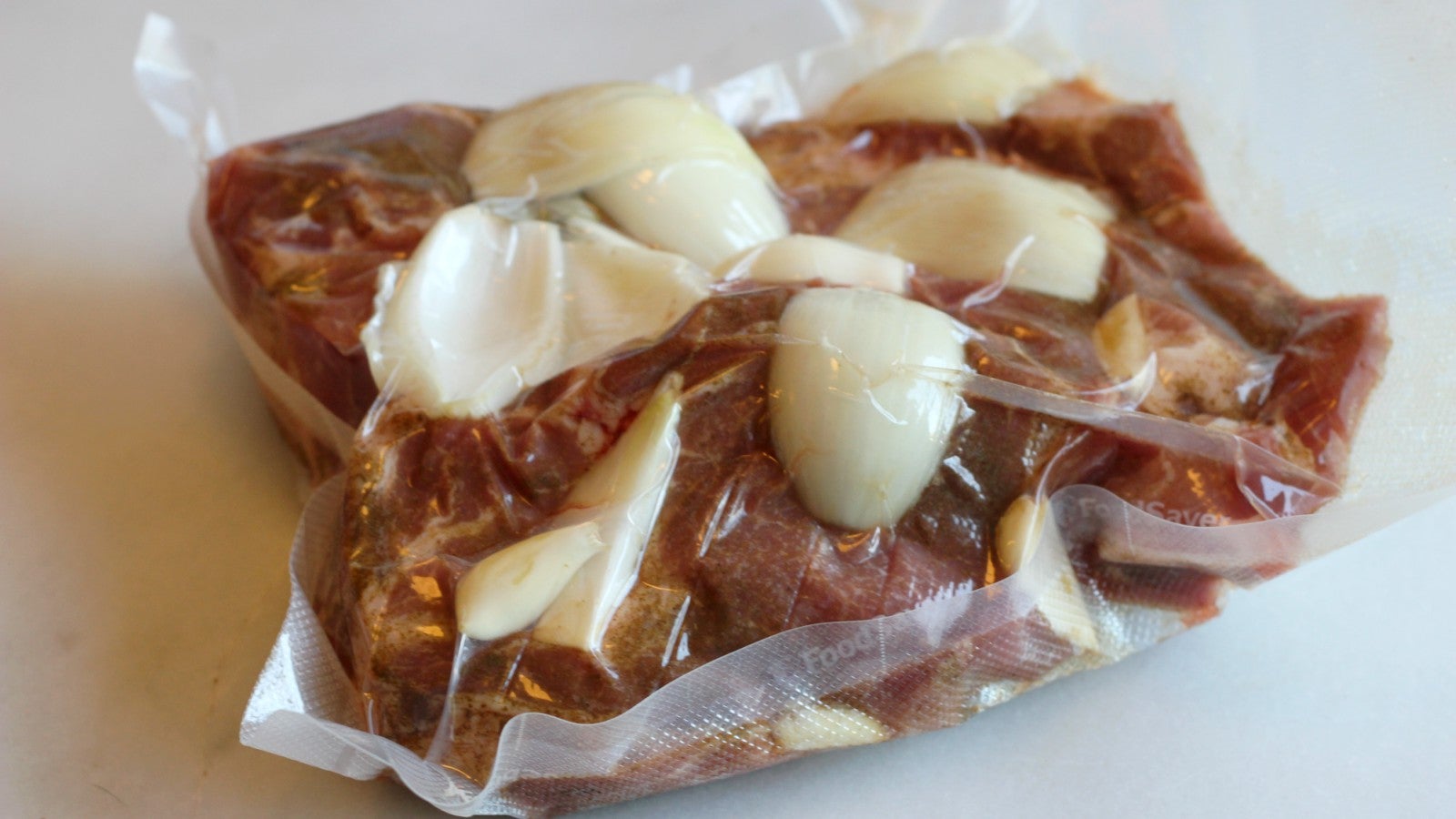 I then cooked one bag at 75C for 12 hours, and the other at 85C for seven. It was originally supposed to be eight hours but, while it was cooking overnight, I dreamt the alarm went off an hour earlier than it actually did, so I got up and switched the circulator off at 7 AM, rather than 8AM. It all worked out OK though.

I let both portions cool a bit and chilled them in the fridge while I went about my normal morning routine. I then removed them from the bag, shredded each one, and made some freaking tacos.

Both shredded easily with a little womanhandling, but there was a noticeable difference in texture. The 75-degree batch was tender, but the muscle fibres kept their shape, and had a more toothsome quality. The 85-degree batch was so soft it almost could have been spread like a rillette. I hadn't trimmed any fat off of either portion but, rather than being tough or chewy, it simply melted into the meat, coating it and prepping it for a good crisping. 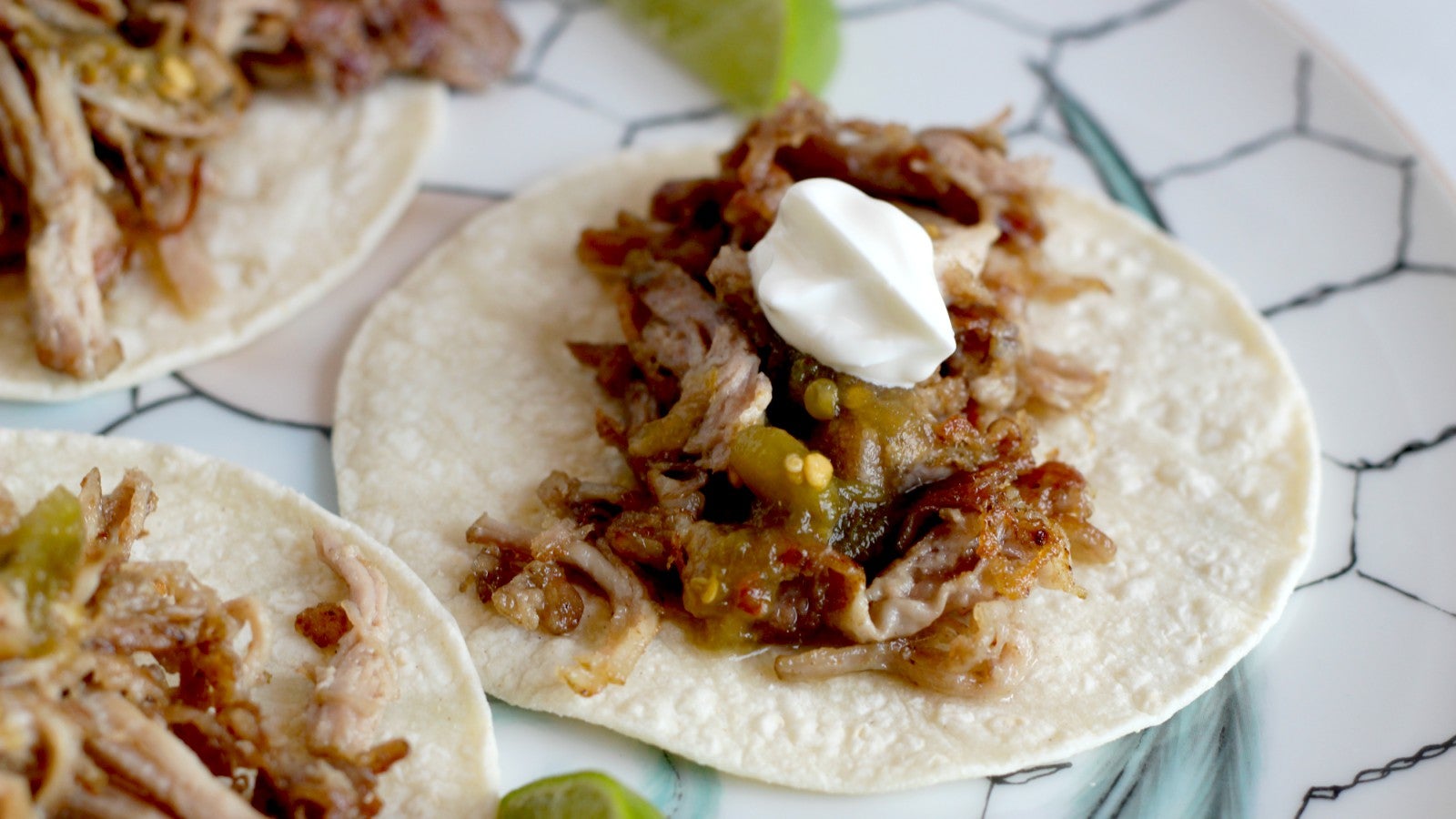 From there, I simply fried the pork - adding no extra oil or fat - in a nonstick pan until it got golden brown on the edges, then plopped it on some corn tortillas with a little salsa verde and a dollop of sour cream.

It was extremely good, and now I have many portions of glorious carnitas in my fridge (and freezer) waiting to be crisped and consumed on a whim. Considering how fast and sudden taco cravings can come on, this is a wonderful thing, and I suggest that you stock your kitchen similarly.