I’m War Correspondent And Trint Founder Jeff Kofman, And This Is How I Work

Emmy-winning journalist Jeff Kofman has covered some of the world’s biggest news stories for ABC, CBS, and BBC, including the Arab Spring, the Libyan Revolution, the invasion of Iraq, the trapped Chilean miners, and the international war on the drug trade.

Now he runs the company behind Trint, an A.I.-based automated transcription service that saves reporters, and many other workers, from hours of tedious work. He told us all about entering the business world, and learning how it works.

﻿I wanted to curl up under the table in a fetal position and scream “Send me back to Iraq!”

I spent 30 years as a broadcast journalist, foreign correspondent and war correspondent with ABC, CBS and CBC News. My career took me to more than 40 countries and ticked all the boxes of my dreams.

I love being a journalist. If you had told me 10 years ago that I’d be CEO and Founder of a startup I’d have said “No way, I’m going out of the newsroom feet first.” But life has a wonderful way of surprising us. I didn’t plan to launch a startup, it was just a happenstance encounter with some really smart developers that sparked the idea for Trint. I saw the potential to work together to create an A.I. solution to the biggest pain point in every journalist’s work day: transcription.

People ask me all the time if I miss my old job. Three years on Trint is growing fast. It’s always challenging, demanding and it’s often fun. Building Trint is really exciting, I don’t have time to look back.

Cycling to our office in Shoreditch in East London is a morning ritual, no matter what the weather. (No, it doesn’t rain in London as much as people think.) It’s a scenic 20-minute ride from where I live and it gets my body and mind fired for the day.

If I have meetings I prefer to do breakfast. It means they don’t disrupt the flow of the rest of the day. Our VP of Engineering and I had breakfast the other day with a really talented developer we are hoping to hire.

Once I’m in the office it’s a quick review of email and Slack to answer the urgent stuff. Then my day is peppered with meetings with the team, with some of the outside collaborators we work with and with key accounts. We’ve had a lot of buzz so we’ve had a lot of interest from VCs in the US and Europe.

We aren’t officially fundraising, so this is a good time to establish relationships with potential investors. I try to limit the initial calls with them to one afternoon a week.

If I have to do some serious writing I will stay late. We have a few developers who like to stay late. Occasionally I’ll order in dinner for all of us, which is a really nice way to connect with the team. 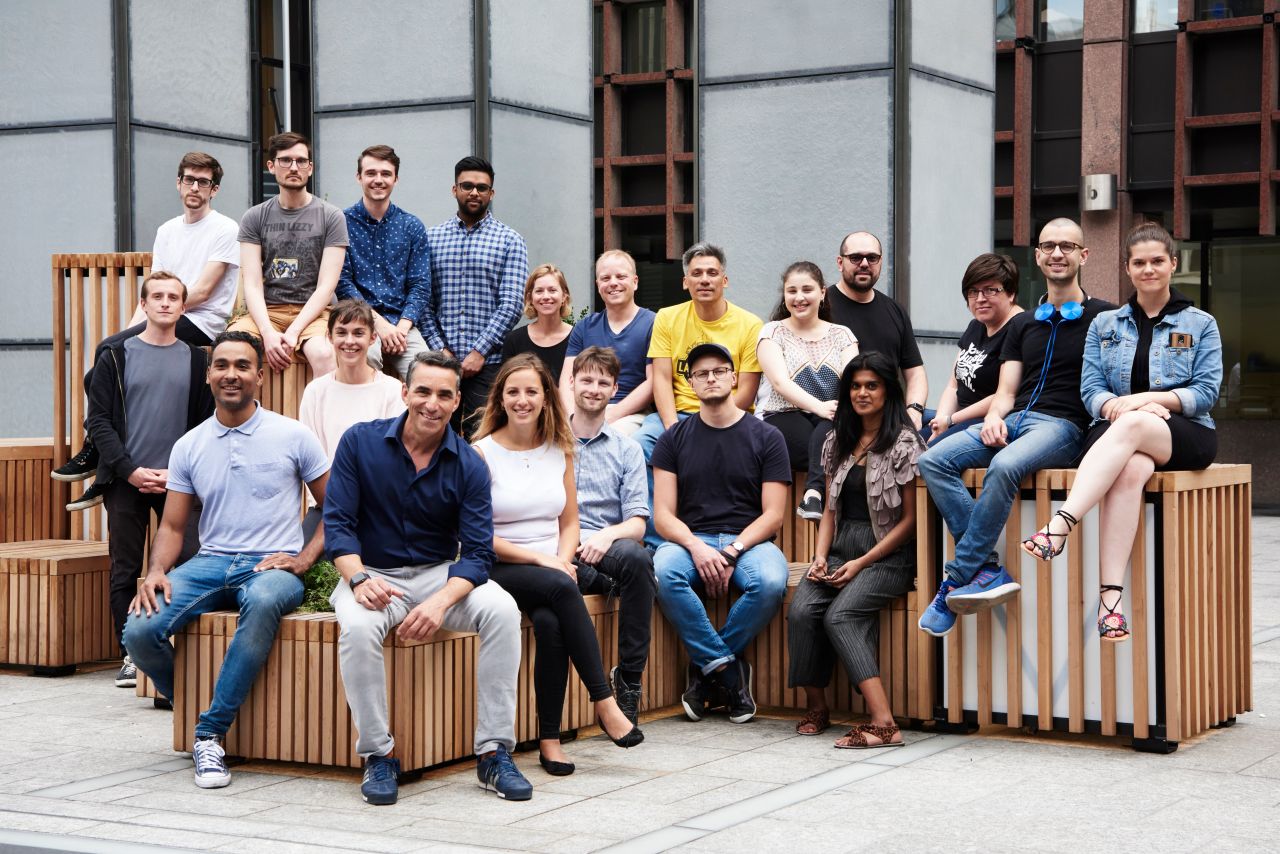 As a journalist and then a startup founder, you’ve worked in a wide variety of environments. What’s been your biggest challenge when adjusting from one to the other?

Finance. Nothing in my previous career prepared me for the financial side of running a company. When I began three years ago I didn’t know the difference between a KPI and an ROI. In Trint’s early days I remember sitting at my kitchen table trying to build a spreadsheet on Microsoft Excel.

I didn’t know what I was doing and I kept getting ###. The only way to clear up the mess was to close it and start over. I wanted to curl up under the table in a fetal position and scream “Send me back to Iraq!”

I worry about my relationship with my iPhone. We spend way too much time together. Clearly I’m not the only person on the planet with this issue, but I don’t think it’s healthy. It does mean I can keep tabs without being in the office, but it also means the office is always with me.

I use my iPad in the morning to read the newspaper at the breakfast table. I read The Guardian, The New York Times and The Washington Post. Occasionally I’ll take it with me on a trip to watch something on a plane.

One of the revealing things about a startup is the number of third-party tools and apps companies like ours have to use (and pay for) to keep the machine moving. We use Zendesk (customer support); GitHub (code); Stripe (payments)…the list is really long. There are about 50 of them. Some cost a few dollars, some cost thousands every month. We can’t live without them. Slack takes a huge load off email for team communication, but it creates its own problems. It can be really frustrating searching it and trying to find something sent two weeks ago.

﻿One of the revealing things about a startup is the number of third-party tools and apps companies have to use.

Every software business like ours needs CRM (Customer Relationship Management) software. We began with a cheap CRM that we quickly outgrew. After doing a careful study of the options we switched to HubSpot. It’s amazing what it can do: Insights, key users, automated emails. I’m just learning its potential.

We moved to a new office in the summer of 2017. When I asked our team (now 20 and still growing) what they wanted most in the new office they said “daylight”.

We’ve got it. And more. Trint HQ is at Second Home in Shoreditch in East London. It’s been called the coolest workspace in London and it’s easy to see why. It’s five floors of swooping plexiglass and a jungle of plants. Our office has a 9.14m ceiling and a massive window. We like to sit around long desks. We have the product and engineering teams on one side of the room and the commercial team (marketing, support, sales etc.) around a big T-shaped desk on the other. 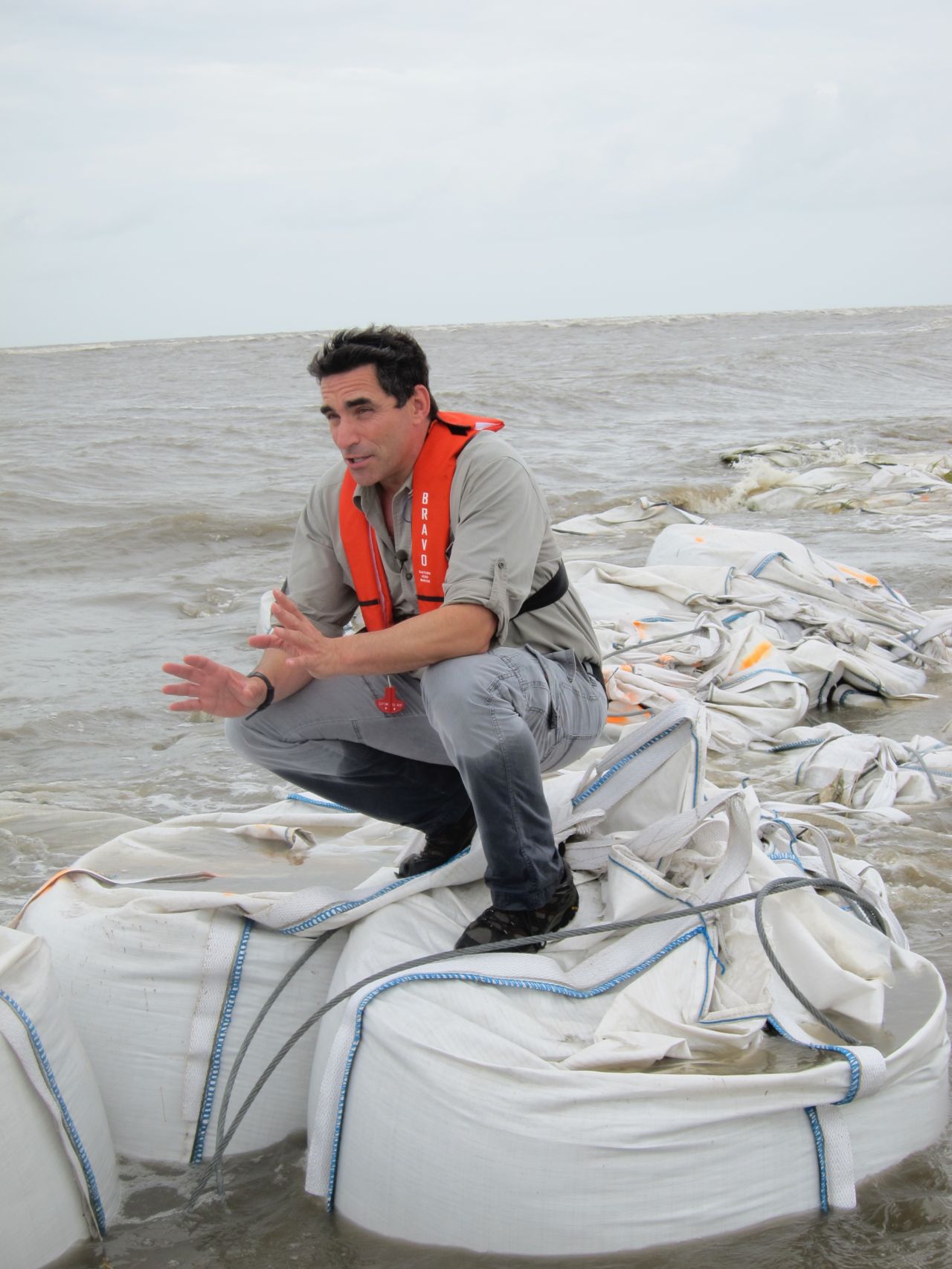 Don’t overschedule. If I see a day of non-stop meetings I’m not happy. It’s really important to have time to breath and time for quick unscheduled conversations with the team.

As the team started to grow in the summer of 2017 after our last funding round and we plotted our next hires, the managers turned to me and said “We’re adding one more body, and you don’t have a vote on this.”

They insisted I get an executive assistant. They saw how much time I was spending scheduling meetings and setting things up. Abigail started with us in September. It’s been incredibly liberating. I can now focus on people and decisions, not calendars and meeting rooms.

I share my work calendar with my EA. She does all the scheduling.

﻿When I asked our team what they wanted most in the new office they said “daylight.”

What’s your least favourite thing to do, and how do you deal with it?

I’m not really a process guy by nature. As a reporter for 30 years I learned to operate on instinct. The process becomes ingrained. As our team has grown from four to ten to 20, I have had to learn the processes that help keep everyone on track. It’s taken real discipline to do this.

How do you recharge or take a break from work?

I am happiest on a bicycle. I don’t own a car in London, but I have three bikes. I use an inexpensive commuter bike to get to work. I have two road bikes for long-distance cycling.

I belong to a cycle club in North London and most Sundays I’m up early to join a group for a ride of 60 to 100 miles. We’ll cycle to Brighton or Cambridge or Windsor or through the rolling countryside outside London. It’s hard work but it’s thrilling. Perfect therapy after an intense week.

I’m still a working journalist. I make time in my schedule to do some magazine writing and I appear regularly on the BBC as a global affairs commentator. I still really enjoy the research and and writing. For the first two years of Trint I was also teaching a Global Journalism program to students on a semester overseas from Indiana University Media School. But it became impossible to balance the demands of a fast-growing company and the demands of teaching. 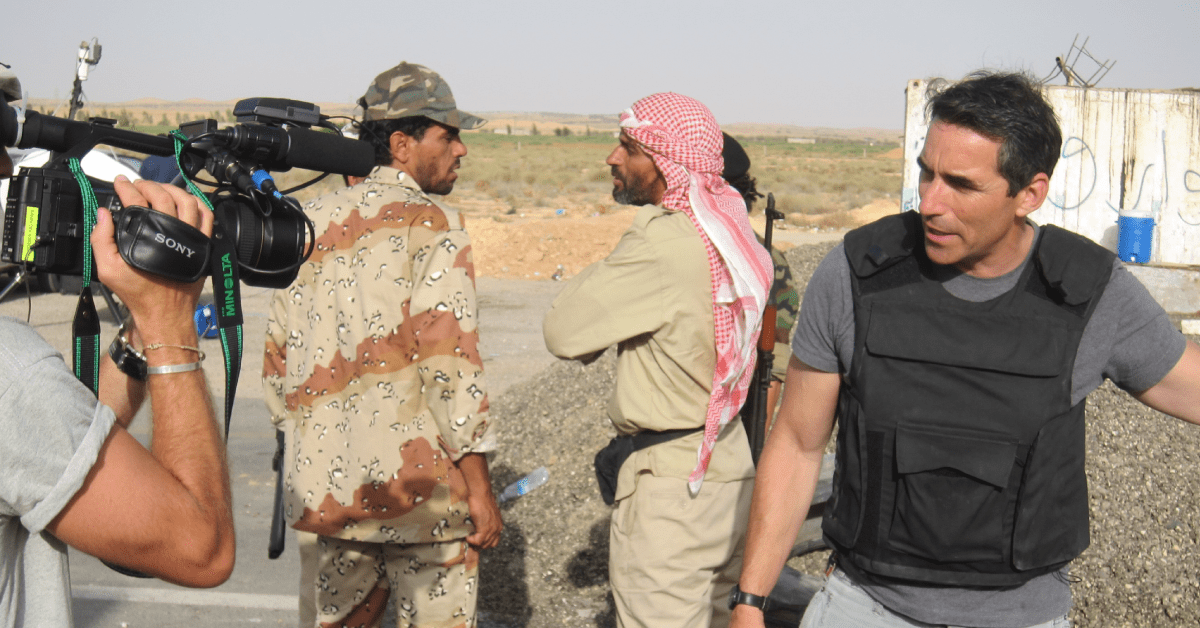 What are you currently reading, or what’s something you’d recommend?

That’s an interesting question. I’m reading a book on my Kindle. The odd thing about the Kindle is that because I don’t constantly see the title and the author I often forget the name and the author of the book I’m reading. It’s a novel set in New York about a writer who lands a job at the New Yorker. “You can only go down from here,” says her father when she tells him she got the job.

The members of the Trint Team.

Life is about the journey, not the destination.

This interview has been lightly edited and some links have been added. Disclosure: Lifehacker‘s parent company, Gizmodo Media Group, subscribes to Trint.