How To Prepare Your Home For The Effects Of Climate Change

Climate change used to seem like something that would confront our grandchildren — a distant concern. Now, though, it’s staring us right in the face when we get up in the morning.

People wade through seawater on sunlit Miami streets; the Florida Panhandle, which rarely sees hurricanes, was recently flattened by a megastorm; and every year bigger and more frequent wildfires burn through Australia and California.

As our planet warms up, the climate-related changes across the world are well underway. Even if you haven’t had to cope with climate related problems yet, it may not be long before you have to protect your home from extreme weather, fire, flooding, or even sea level rise.

To find out how climate change may affect your area, check out climate risks by region using the Climate Change in Australia Toolkit. 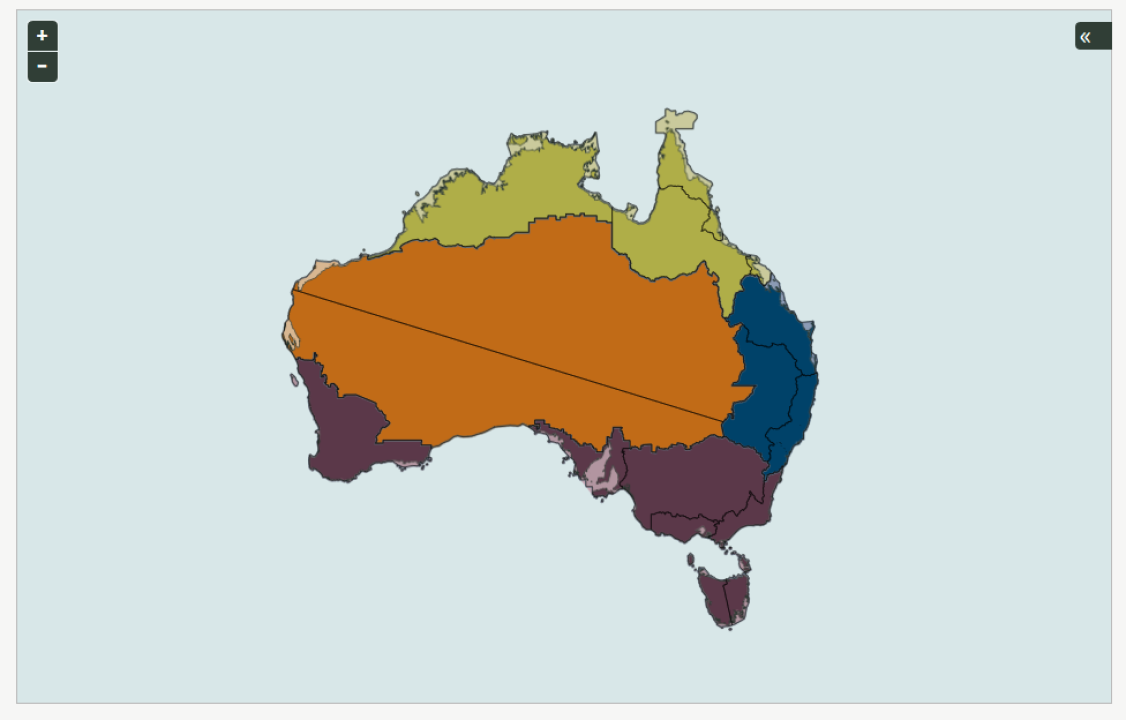 For example, your flood risk depends not just on your own home and where it sits, but also on things like how the city has channeled nearby creeks and what size culverts your local department of public works has installed beneath your street or road. When it rains harder than ever before, undersized culverts may be overwhelmed and creeks can back up and jump their banks, flooding homes and roads.

In Santa Cruz, California, the city’s climate action manager Tiffany Wise-West, PhD, has posted a detailed action plan, including a Practical Adaptation Actions for Residents. We’re not covering every little thing, she says, but the City’s simple web page is a place for ordinary people to start.

Santa Cruz County is one of the rare places that already has a detailed plan for the future. Ask your city and county government if they have a Local Hazard Mitigation Plan like this one. But even if your area doesn’t, you can rough out a way to address the specific risks your home could face. In general, climate change experts talk about two ways of addressing climate change, preventing it and dealing with the consequences. Here we are focused on dealing with the consequences of climate change, sometimes called climate adaptation.

Is your seaside beach house at risk of looking like the castle in the bottom of a goldfish bowl? To find out, look up your area on Coast Adapt’s “Climate Change and Sea-Level rising in the Australian Region page.”

Older climate models predict 1 to 4 feet of sea level rise by 2100. But depending on how quickly major ice sheets in Greenland and Antarctica collapse, the sea could rise a dozen meters or more. For now, we don’t know for sure when that might happen.

For example, East Antarctic’s largest ice sheet is threatened by warm sea water slipping underneath it. That could set the front of it afloat and allow the massive landbound part to slide into the sea—enough to raise global sea levels by nearly four meters (12 feet).

Wise-West says the Santa Cruz plan is about the same whether the sea rises a meter in 80 years or sooner. It’s just a matter of moving up the schedule, she says, looking serious.

If you look at Port Arthur, Texas, on the Surging Seas website and set sea level to one meter (3 feet), you can glimpse the future. Here is Port Arthur today: 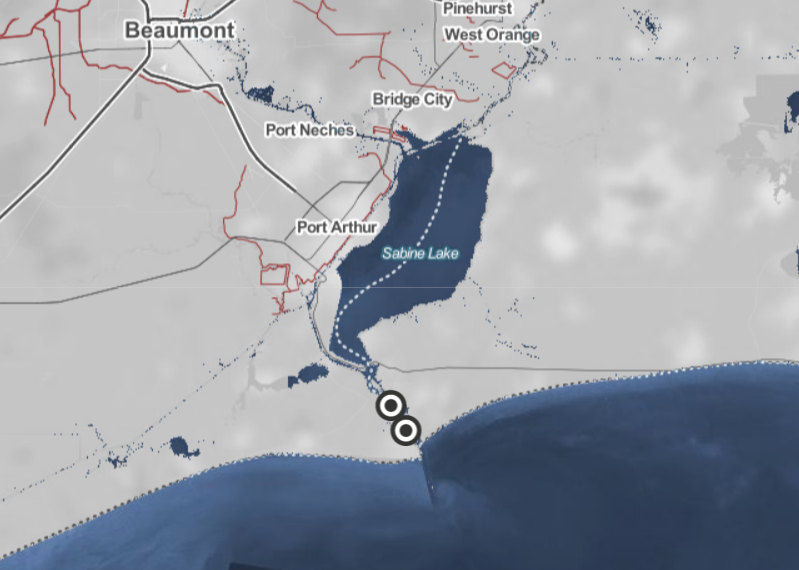 Port Arthur is home to 50,000 people and the largest oil refinery in the United States. Here’s what it could look like with one meter of sea level rise: 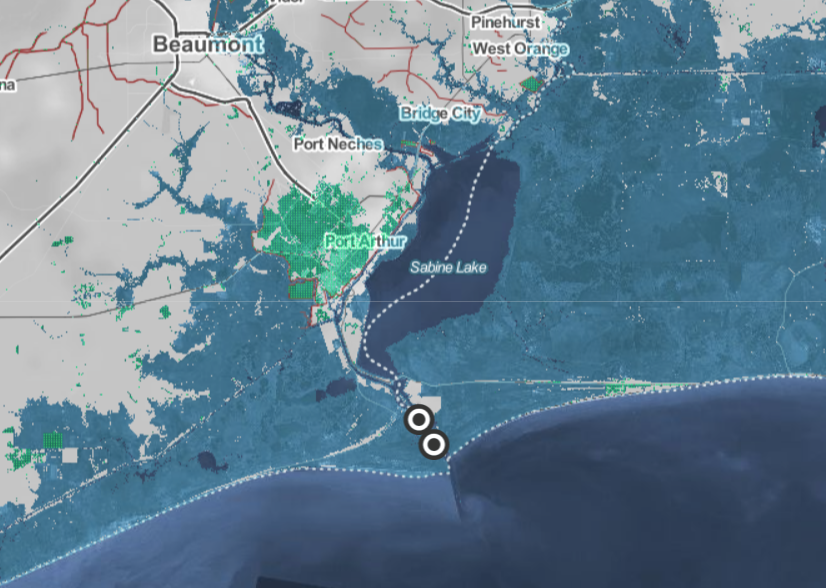 In 2017, Hurricane Harvey slammed Houston with 102cm of rain in four days, flooding 400 square miles. How can you deal with such Biblical flooding? In the short term, evacuate if local authorities say to. Longer term, have an escape plan. But bottom line? Don’t live in a floodplain.

Remember when you bought a new can opener because you thought you lost your old one? What do you plan on doing with that half-used roll of duct tape that's collecting dust in your garage? The last time you used that flashlight in the kitchen junk drawer was to pretend to be a jedi, wasn't it? These are all items you probably have lying around that you can consolidate into a home emergency kit. It might just save you and your family's lives.

Flooding from rain and overflowing rivers might seem similar to flooding from sea level rise and in some ways a basement full of water is the same whether it’s freshwater or seawater. But there is a difference. Floods eventually recede. Even with climate change, it might be 10 or 50 years before another flood occurs in that location. Sea level rise not only doesn’t recede, it will keep rising for the foreseeable future. If the sea is lapping at your driveway at high tide, it will be at your doorstep in time.

If you are in doubt about whether your home could be affected by sea level rise, it’s not too soon to start thinking about moving inland, whether that’s a just mile to higher ground or to another state.

Government maps can help you estimate how much hotter it’ll get where you live. 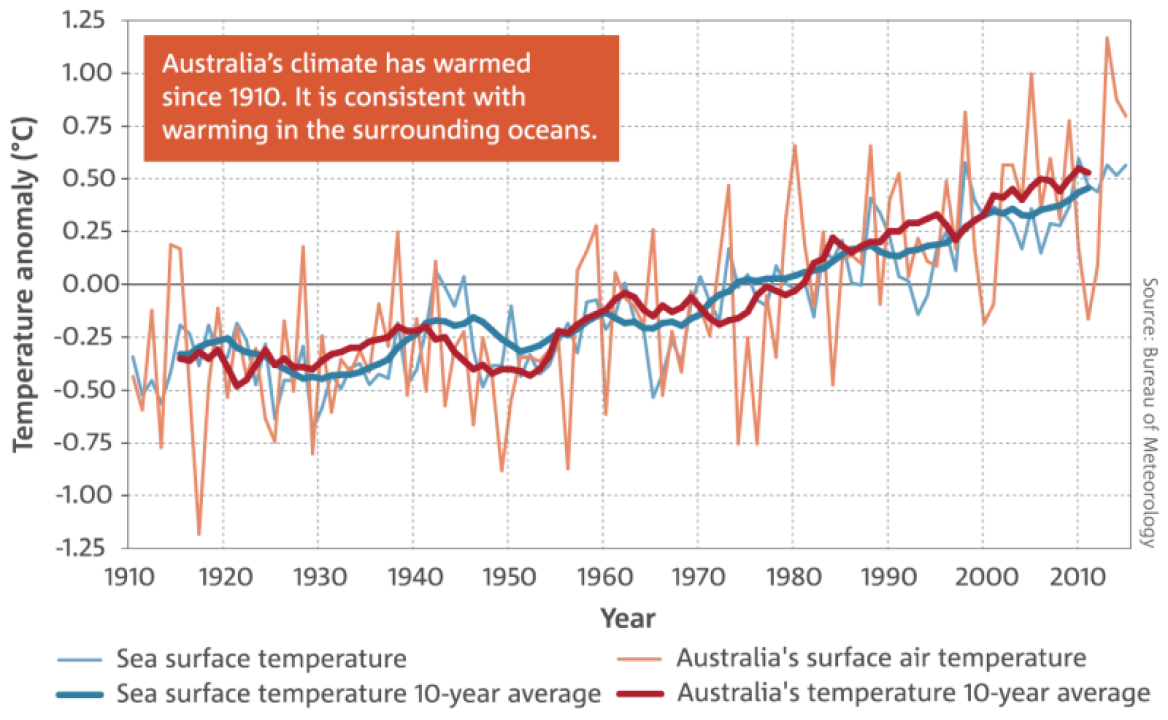 Until you move, here are a few things that will help protect your house from extreme heat:

Hurricanes are becoming more powerful and more common. This is because warmer ocean water adds energy to tropical storms as they form. Both kinds of extreme wind destroy buildings by ripping off roofs and hurling heavy objects through the air.

Most building codes were written for relatively mild winds. You can build a house like this one that will withstand a category 5 hurricane. But if that’s not in your budget, make your own house a bit sturdier with wind-resistant roofing, garage doors, and storm shutters. As always, be prepared to evacuate to a safer place when hurricanes are headed for your house.