34 Anglican schools in NSW have written a joint letter to federal MPs asking them to protect exemptions that allow religious schools to legally discriminate against LGBTQIA+ students and teachers. The letter follows the introduction of a bill to protect students from discrimination, though protections for teachers are still being discussed. Here’s what you need to know.

The Government has recently introduced a new Religious Discrimination Act aimed at protecting the rights of gay students. It has said that protecting students is the priority, while protections for teachers are still being discussed.

The Anglican schools involved in the letter sent to MPs have urged the government to protect exemptions for religious schools, though largely seem more concerned with the issue of teachers rather than students.

Interestingly, in defending their request, the letter claims that Anglican schools are not in the practice of firing LGBTQ+ teachers, or expelling students. However they still ask that the protections to do so, if they did choose to, be upheld.

Is It Legal To Fire Someone For Being Gay?

Discrimination occurs in the workplace when an employer takes adverse action against an employee or prospective employee because of a protected attribute such as sexual orientation.

This echoes the wording of the letter sent to MPs, which says “by and large across faith-based schools, the issue at hand is the right to employ staff who support the ethos of the school.” It continues: “the current exemptions, however clumsy, in the Sex Discrimination Act 1984 are really the only significant legal protections available to schools to maintain their ethos and values with regards to core issues of faith.”

However, while it may not always be enforced as such, the current exemptions from discrimination could expose LGBTQ+ teachers to pressures and job insecurity that isn’t an issue for their peers.

Here is the list of NSW Anglican schools who signed the letter in question: 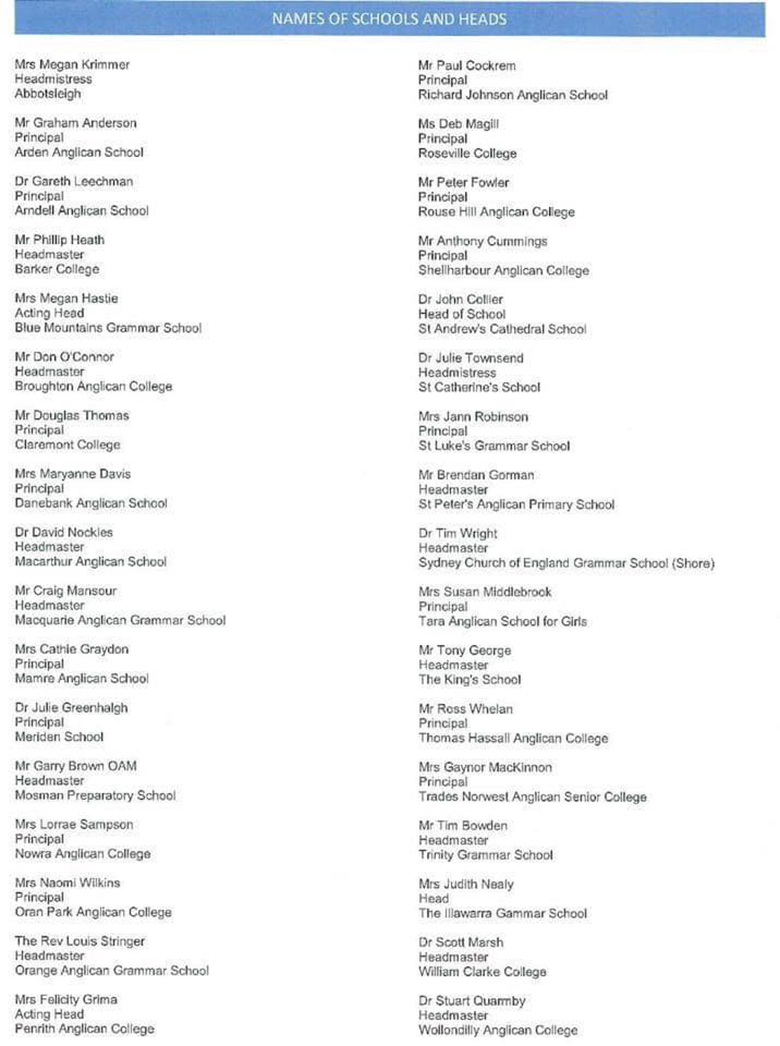 And you can download and read the entire letter for yourself here.

What Can You Do?

If you disagree with these schools demanding the right to discriminate against an already vulnerable minority, here’s what you can do about it.

If you went to one of the schools on the list, or have a child at the school, get in touch with the school’s leadership and make it known that you don’t support this course of action. With the schools mentioning the concerns of parents and families as a key reason why they want these rights protected, it’s important to make your voice heard as well. Many current and former students are already voicing their objections.

If you’re not involved with any of the schools involved, but still disagree with what they’re requesting, you can write your own message to your MPs and to Prime Minister Scott Morrison outlining your own point of view, and why you support an end to protected discrimination.