Firefox Will Now Alert You When You Visit Hacked Sites 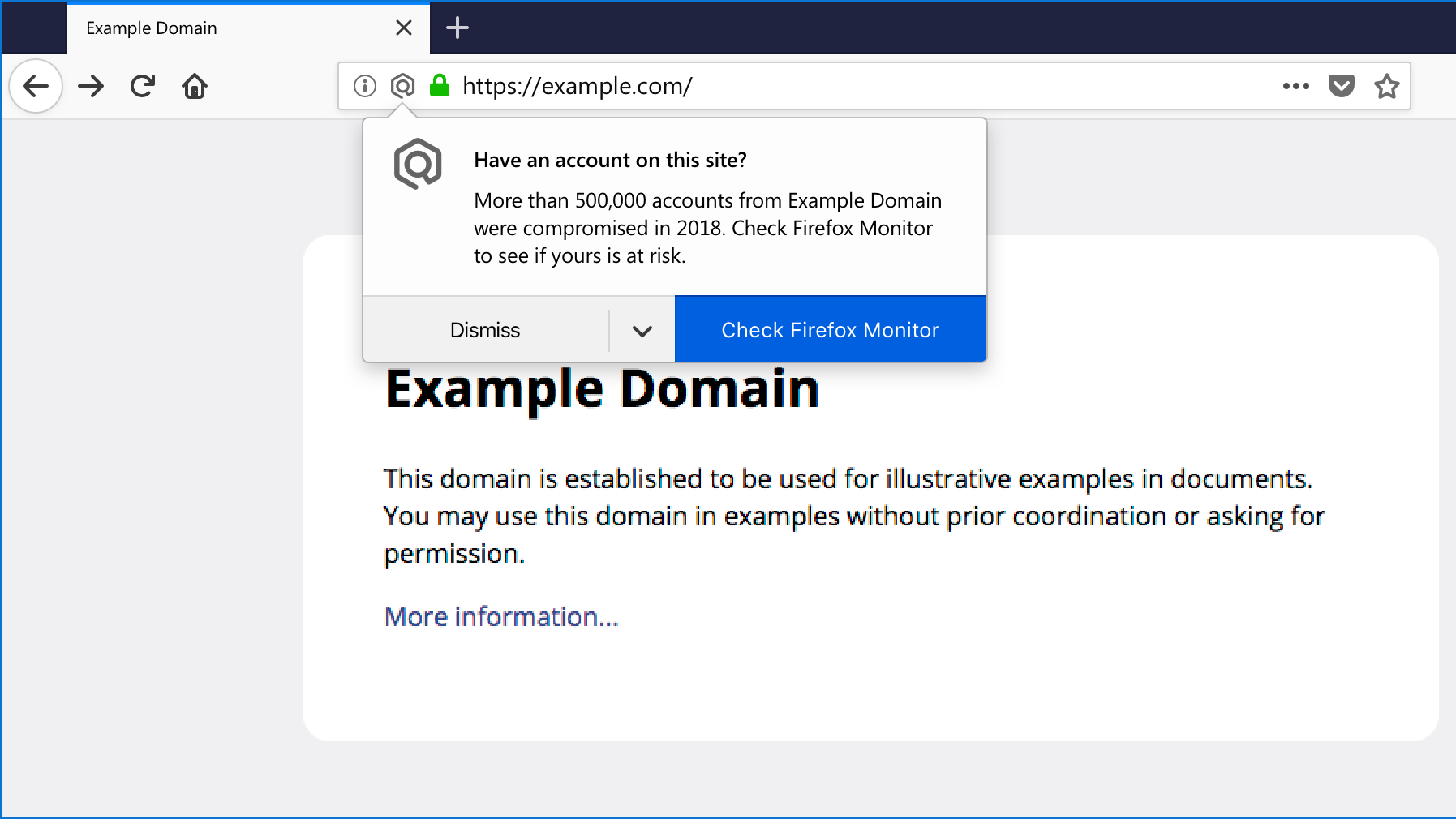 It can be hard to know if and when you might have been impacted by a data breach. That is, unless you’re a Firefox Quantum user. Today, Mozilla announced it’ll alert desktop users when they stumble upon a site that’s recently reported a breach.

Basically, if you happen upon a site that’s been breached in the past 12 months, Firefox will pop up a handy little notification. And because Mozilla knows too many notifications will likely end in users throwing their computers out the window, they’re promising the alerts will “appear at most once per site.”

After seeing the first notification, Firefox will only repeat an alert if you visit a site that was added to the database of breached sites in the past two months. And if you really hate notifications and don’t care about data breaches, you can opt out entirely.

Mozilla said in a blog that draws its list of breached sites from partner Have I Been Pwned (HIBP), which integrated with Firefox earlier this year. It’s also an extension of Mozilla’s existing Firefox Monitor service, which notifies users if their email has been part of a breach.

On top of announcing desktop notifications, which will start rolling out in the coming weeks, Mozilla also made Firefox Monitor available in 26 languages.

The idea behind the rollout is that it’ll help users be more aware that the sites they frequent may not be the most secure when it comes to their data. For instance, while writing this post, I popped my primary email into the HIBP database and was mortified to see I’d been pwned in five data breaches.

While the new notifications are handy, Mozilla says this is only an interim solution and that they’re working to create a better system in the future. Also, maybe change your password more often.