Everything Coming To Australian Netflix This Week (Nov 12)

After a relatively quiet start to the month, Netflix is releasing a cavalcade of great content this week. Interesting new additions to the service including the highly anticipated Coen Brothers’ western The Ballad of Buster Scruggs, American martial arts series Warrior, psycho-sexual thriller Cam, the Australian-set zombie movie Cargo and the reboot of classic ’80s cartoon She-Ra and the Princesses of Power. Here’s what’s new for the week of November 12 to 16.

Set in the world of mixed martial arts combat, this gritty drama follows two brothers at war with each other, both with their eyes on the same prize.

The rise of the Guadalajara Cartel as an American DEA agent learns the danger of targeting narcos in Mexico.

Aging actor Sandy Kominsky and his agent navigate their later years in Los Angeles, a city that values youth and beauty.

Everything Coming To Stan, Netflix, Foxtel And Amazon This November

From TV drama to documentaries, original films to stand-up comedy, Australia's streaming services are getting new content added all the time. Read on to see all the content that will be added to Stan, Netflix, Foxtel and Amazon Prime Video's libraries in November.

After a traumatic incident at a party makes her a target of gossip and derision, a young college student tries to change her school’s toxic culture.

Reincarnated and back on Earth after Michael’s argument on their behalf, Eleanor and her fellow condemned souls have another chance to find the right road.

In the wake of a calamitous fire that set their family home ablaze, the Carringtons sift through the rubble to rebuild their dynasty — and rise again.

When a skilled but timid chef is possessed by a sassy spirit, her newfound confidence catches the eye of her longtime crush, a culinary hotshot.

Black Lightning may have survived, but his superpowers did not. Now, he must help his daughters harness their special abilities to continue the fight for good.

After a riot and a season of high-stakes political warfare, the Riverdale gang continues to navigate high drama of surreal small town life.

Join Skye and her Ponysitter pals as they lend a helping hand with the care of horses, ponies and other cute and cuddly animals that come through the Rescue Ranch, all with different levels of care needs.

She-Ra and the Princesses of Power (16 November)

She-Ra, Princess of Power, leads a rebellion to free her land of Etheria from the monstrous invaders the Horde.

A prankster prince who wants to experience life as an ordinary teen leaves his kingdom to live incognito with a single mom and her studious son.

Grammy-winning singer Loudon Wainwright III reflects upon his unique relationship with his father in an evening of original songs and heartfelt stories. 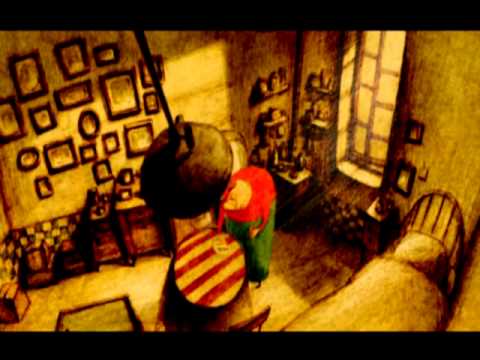 Each month, Netflix bids adieu to a range of third-party movies and TV shows to make way for new content. Here are all the titles that will be disappearing in November - including, tragically, Rick & Morty. Watch them while you still can!

May The Devil Take You (15 November)

When her estranged father falls into a mysterious coma, a young woman seeks answers at his old villa, where she and her stepsister uncover dark truths.

After an unexpected misstep, a crew of skilled Parisian robbers find themselves forced to carry out a daring heist for a powerful crime organization.

One week before Christmas, Margaret, the gorgeous Duchess of Montenaro, switches places with Stacy, a “commoner” from Chicago, who looks exactly like her. With the assistance of a magical Santa’s helper, Margaret falls in love with Stacy’s handsome co-worker, while Stacy falls in love with Margaret’s fiance, the dashing Prince.

The Ballad of Buster Scruggs (16 November)

A middle-aged husband’s life changes dramatically when his wife asks him for a divorce. He seeks to rediscover his manhood with the help of a newfound friend, Jacob, learning to pick up girls at bars.

After an epidemic spreads all over Australia, a father searches for someone willing to protect his daughter.

If our current glut of TV just doesn't have you satisfied enough, it's time to look ahead to all the amazing shows on the horizon for next year. A lot of influential TV shows are marking their final seasons (Game of Thrones, anyone?) and then all the new series looking to take their places. Here's what's coming.