We’re in the last few months of 2018, and Adobe Flash’s expiration date feels just within reach. That’s not just wishful thinking, either — Adobe has stated it will officially end support for the ailing web plugin in 2020.

For a long time, Adobe’s Flash Player was one of the most widely used browser plugins on the internet. Animation, web games, and entire websites were all powered by Flash. Even YouTube’s video player once ran on Flash. The only issue was that Flash has some major security issues that are incredibly easy to take advantage of, and as time went on, Flash became notoriously known as the entry point for many a security breach.

Annoying ads, backdoor malware installation, and data collection have found their ways onto many a PC thanks to the holes in Flash’s security. 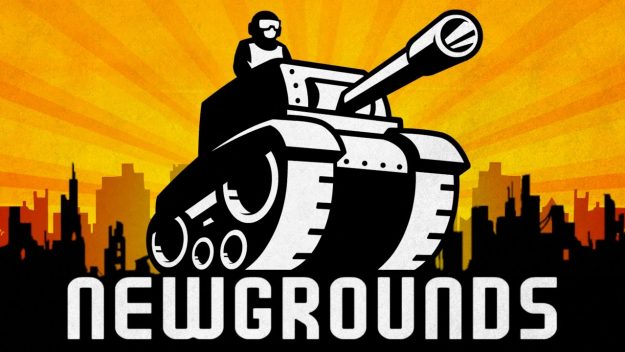 Newgrounds, which flourished in the Flash-era of the internet, hosts thousands of browser games that run on the plugin. (Image: Newgrounds.com)

This all changed when HTML5 hit the scene, and since then Flash’s presence and necessity have dwindled. HTML5 is more powerful, easier for developers to use, and is much safer than Flash, and the overwhelming majority of popular websites migrated over to HTML5 ages ago.

To be fair, there are still parts of the internet that run on Flash, but most of these are browser games, ads, and legacy sites that never made the jump to HTML5, so the probability that you need Flash enabled to browse your favourite websites in 2018 is low.

So if Flash is about to be abandoned by Adobe, is a security nightmare, and has been largely ignored by the majority of web developers for years now, you might as well stop using it, too. Here are a few methods for disabling Adobe Flash.

How to disable Adobe Flash

You have two options for disabling Adobe Flash in most browsers.

If you need or want to keep Adobe Flash around for whatever reason, you can set your browser to ask for permission to run the plugin. That way you will have full control over where and when Flash runs.

The other option is to option is to disable Flash from working altogether. You won’t get the permission request notifications, so you’ll have to re-enable flash manually if you need it to run on a specific website, but this is going to be the most secure option as Flash won’t be running at all.

Here’s how to achieve either outcome in all the major web browsers.

To force permissions: head to Safari > Preferences > Security, and click “Website Settings” next to the Internet plug-ins option. In this new menu, find and select Adobe Flash Player from the list of plug-ins, then set the When Visiting other websites option to “Ask”, then click “done” to save your changes and close the window.

To disable entirely: use the same method as above to open the Flash settings, but set the When Visiting other websites option to “Block” instead. Click “done” to save and close.

While Chrome once included an option to disable browser plugins entirely, the latest versions of the browser removed that feature. Instead, the only option for disabling Flash on Chrome is to force permissions. Go to Settings > Advanced > Content Settings > Flash. Then, in the option for Flash, turn on “Ask First.” You can also add specific websites to either block entirely or allow to play Flash content without needing permission first.

The most recent versions of Mozilla’s web browser will limit Adobe Flash (and other, similar plugins) and force permissions by default, so no change is necessary.

To disable entirely: Follow all the steps above, until you open the More Information window by right-clicking Shockwave Flash Object. Then, click the Disable button located at the bottom-right of the window.

Edge doesn’t provide an option requiring Flash to ask permission to run. Instead, you’ll only be able to disable the plugin entirely. To do so, navigate to Settings > View Advanced Settings, then turn the Use Adobe Flash option to “off.”

How to spot a bogus Flash update

If you’re running the most recently updated versions of any of the above browsers, you shouldn’t have to manually install an Adobe Flash update as the browser will do so automatically, and from the proper source directly from Adobe. So if you’re being randomly prompted to download and install one, it’s an ad hocking a fake version of Adobe and likely carrying some form of malicious software.

However, some recent versions of this tactic have actually included legit versions of Adobe Flash alongside whatever malware they’re packing. This is simply an attempt to dupe users and divert attention from whatever’s being sneaked onto their PC, so don’t fall for it.

The good news is that disabling Adobe Flash will close these security gaps and even prevent those fake ads from showing up in the first place, though additional ad blocking software may be necessary to snuff them out entirely.

Finally, if you’ve come here suspecting you’ve been infected by a bogus Adobe install, you’ll need to do a lot more than just disabling Flash to clean up your device. Be sure to check out our tips, guides, and software recommendations for anti-malware solutions to help you get started.