If I learned one thing from reading The Satanic Bible by Anton Szandor LaVey, it’s that LaVey liked to fuck, but I also learned a lot of other life lessons, and they are surprisingly practical and actually pretty positive.

Deal With The Real World, Not The Ideal World

Welcome back to Mid-Week Meditations, Lifehacker's weekly dip into the pool of stoic wisdom, and how you can use its waters to reflect on and improve your life. I'm filling in for Patrick Allan, and because it's Evil Week, I'm taking a break from the ancient Stoics and consulting Renaissance philosopher Niccolò Machiavelli.

Though there is a lot of stuff in there about rituals and bells and witchy women wearing sexy outfits—unless you’re old because that’s not the energy LaVey was looking for—the overall message of the book is one of self-acceptance, self-indulgence, and self-respect. If one were to revise the ubiquitous “Live, Love, Laugh!” wall decal in the spirit of Satanism, it would read “Eat, Bone, Avenge!”

The Satan described by LaVey isn’t the one the Church Lady warned you about. Satan is a concept, symbol, or force to be harnessed to live an enjoyable, successful life. Satan is not an anthropomorphic horned entity to whom one sacrifices animals and children—in fact, that’s a big Satanist no-no. In the chapter “On the Choice of Human Sacrifice,” LaVey explains that “under NO circumstances would a Satanist sacrifice any animal or baby!” How does one generate the energy needed for effective spells, you ask? By jerking off (cool), or by sacrificing someone “asking to be cursed by their very action” (like a Nazi, I guess). So now that we have the pesky issue of baby killing out of the way, let’s take a look at some of the lessons contained in The Satanic Bible, that are surprisingly applicable in the day-to-day.

It’s too bad that LaVey died just two years shy of the Bloodhound Gang’s “Bad Touch,” because he would have been obsessed. The point that you and me (baby) ain’t nothing but a couple of animals is driven home over and over, but LaVey advises that, instead of fighting our base, animalistic desires, we give into them, and just be happy, dude. (There is one caveat to following one’s bliss, and that is that one mustn’t do so in a way that brings harm to people who haven’t done harm to you.)

The book is very pro the seven deadly sins, as it’s these things that lead to pleasure, and pleasure is good (that’s why it feels good). “Envy” is simply looking “with favour upon the possessions of others,” and being “greedy” is just “wanting more that what one already has.” Both are described as “the motivating forces of ambition,” without which “very little of any importance would be accomplished.” “Gluttony,” explains LeVey, is “simply eating more than you need to keep yourself alive.” Similarly, pride is wanting to look good, not wanting to get out of your warm and cosy bed is sloth, and lust is…well, lust.

Wanting to eat because things tastes good, sleep because it feels good, and make paper because you want the same cool shit your friends have is not something you should be ashamed of, and these “sins” can motivate you to improve yourself and your life. If you want to go to the gym for the sole purpose of making that booty more shelf-like, that’s a perfectly good reason, and you may end up extending your life and improving your mental health in your prideful quest for a better butt. This all may seem selfish, and it is, but that doesn’t mean it’s bad. Pride, for example, can motivate one to do great, altruistic things. If activism wasn’t motivated at least a little bit by pride, there would be way fewer Instagram photos of people holding protest signs. Though I’m sure there are people who are capable of volunteering at a puppy shelter and not tweeting about it, you can’t tell me they don’t feel good after a day of helping sad dogs, who are always deserving of help. 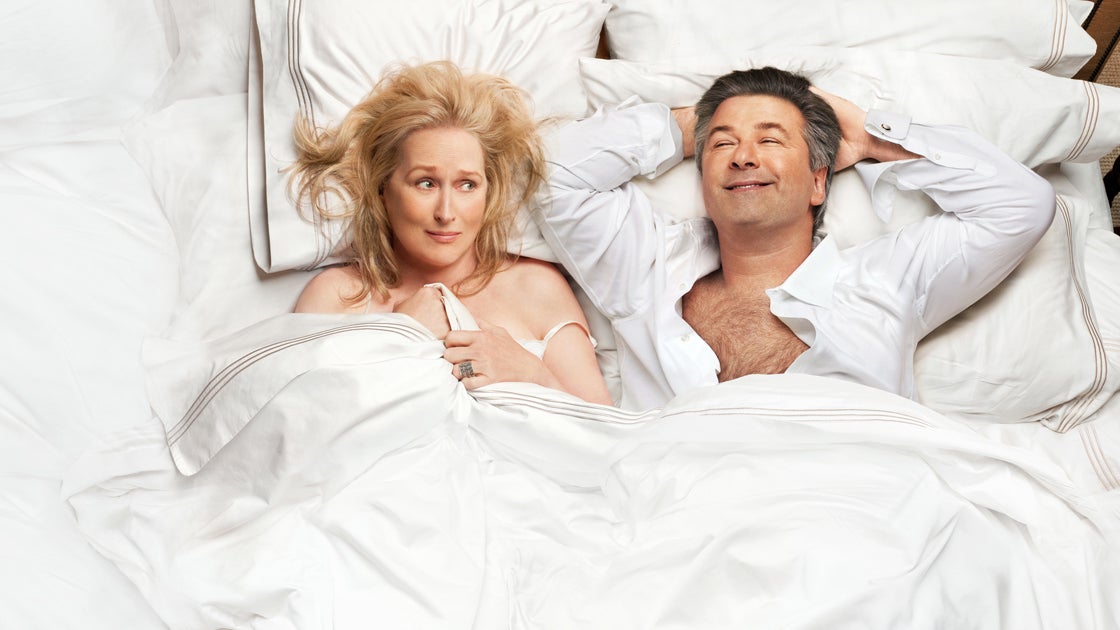 Sleeping With Your Ex Might Not Be A Terrible Idea

We all agree that there’s no worse idea for getting over an ex than sleeping with them one more time. Or two more times. Right? Bad idea. Unless... unless it turns out it’s actually good for you.

Indulgence, not compulsion, is an important distinction. Indulgence is doing what you want to—again, as long as it’s not hurting others—and not feeling bad about it. If having casual sex (safely) with a lot of different partners genuinely makes you feel empowered, or is just very fun, there’s no reason you should feel bad about (ethically) doing so. If it makes you feel icky—and that ickiness does not stem from guilt you were told you should feel by someone else—don’t do it. Compulsive behaviour, whether it comes from a place of morality-enforced abstinence or something else, is not the sex droid you’re looking for—a “Satanist is master of, rather than mastered by sex.”

LaVey never explicitly said he was antifa, but he was very much in favour of “making yourself a Terror to your adversary,” and treating those who would not follow the Golden Rule with “the wrath they deserve.” Satanism doesn’t advocate violence for its own sake, but the goal of dealing “blow for blow” and “doom for doom—with compound interest liberally added thereunto,” is to make people who would do you or others harm reconsider their shitty actions and shitty opinions. (Or, as LaVey puts it “when he goeth his way, he will possess much additional wisdom to ruminate over.”)

“You cannot love everyone” and, according to The Satanic Bible, not everyone is worthy of your love. “Praying for” people who cause actual, tangible damage in the name of “love” is not only ineffective, it’s unnatural. There are bad people out there, and it’s ok to hate them and wish them harm.

There are two conflicting definitions of the phrase internet troll, just as there are two conflicting origin stories. The more refined definition comes from the fishing technique of trolling (dragging a fishhook behind a boat) and is a synonym for trickster. This type of troll knowingly strings others along, often by aggravating them by pretending to take a ridiculous attitude or position. Ideally, they cause no harm, other than what the target inflicts upon themselves. Trickster trolling is a skill - a skill I will teach you.

In addition to the obviously, outwardly aggressive, LaVey has no time for the “passively vicious,” which he refers to as “psychic vampires.” These are people you hang out with because you feel guilty if you don’t, even when you don’t enjoy their company all that much. These are the people who never directly make their needs known, yet you always find yourself doing little favours for, none of which are returned. This is the person who doesn’t have a lot of friends because they’re just “really picky” about who they spend their time with, and—after a round of social shit talking—will “hasten to add you fulfil every requirement and are truly and outstanding exception” and are “one of the few very worthy of his [or her] friendship.”

Essentially, if you find yourself giving and giving to one very particular human, yet never seem to get anything in return (save for shiny gifts meant to inspire a sense of obligation), whose needs you always prioritise even though they don’t show you the same consideration, get them out of your life. (This, obviously, does not apply to children. You can’t get rid of those.) Doing so is not especially difficult: just say no.

If it seems like I am picking and choosing the parts I like from this book here, it’s because I very much am. The Satanic Bible is not without problems. Not only did LeVey plagiarize and borrow many of his ideas, but there are definite vibes of ableism along with some Ayn Rand-y nonsense. It’s also offensively corny at times—like, did you know that “EVIL is BACKWARDS for LIVE?”—and LaVey loses some of his sex positive points by suggesting that older witches leave the sexy garb to the younger ladies, and instead embrace the “cookie lady” aesthetic. (Side note: I don’t feel that “sexy cookie lady” isn’t my vibe.)

The Satanic Bible isn’t something one should read with out a critical eye and then follow blindly—in fact, doing so wouldn’t be very Satanic, as one is supposed to “question all things”—but there’s a lot of terrible in the world, and embracing an indulgent, sex-positive, anti-jerk worldview can help. Whether you call it “finding your joy,” “living your truth,” or “hailing Satan,” doing the things you want to do (without guilt), building relationships with value to you, and sticking up for yourself will make your life a lot better, so go get yours. (Unless “yours” involves white supremacy, sexism, homophobia, transphobia, fascism, or any other similar, harmful ideology, in which case you can get punched.)