We hate to break it to you, but the traditional USB ports you’ve been using to connect your cameras, controllers and other gizmos for the past 20 years aren’t long for this world. The whole squad’s getting replaced by a few great alternatives, though they each come with their own pros and cons. If you’re thinking of upgrading your devices this year, here are the ports you’ll need to get familiar with to keep up with today’s tech. 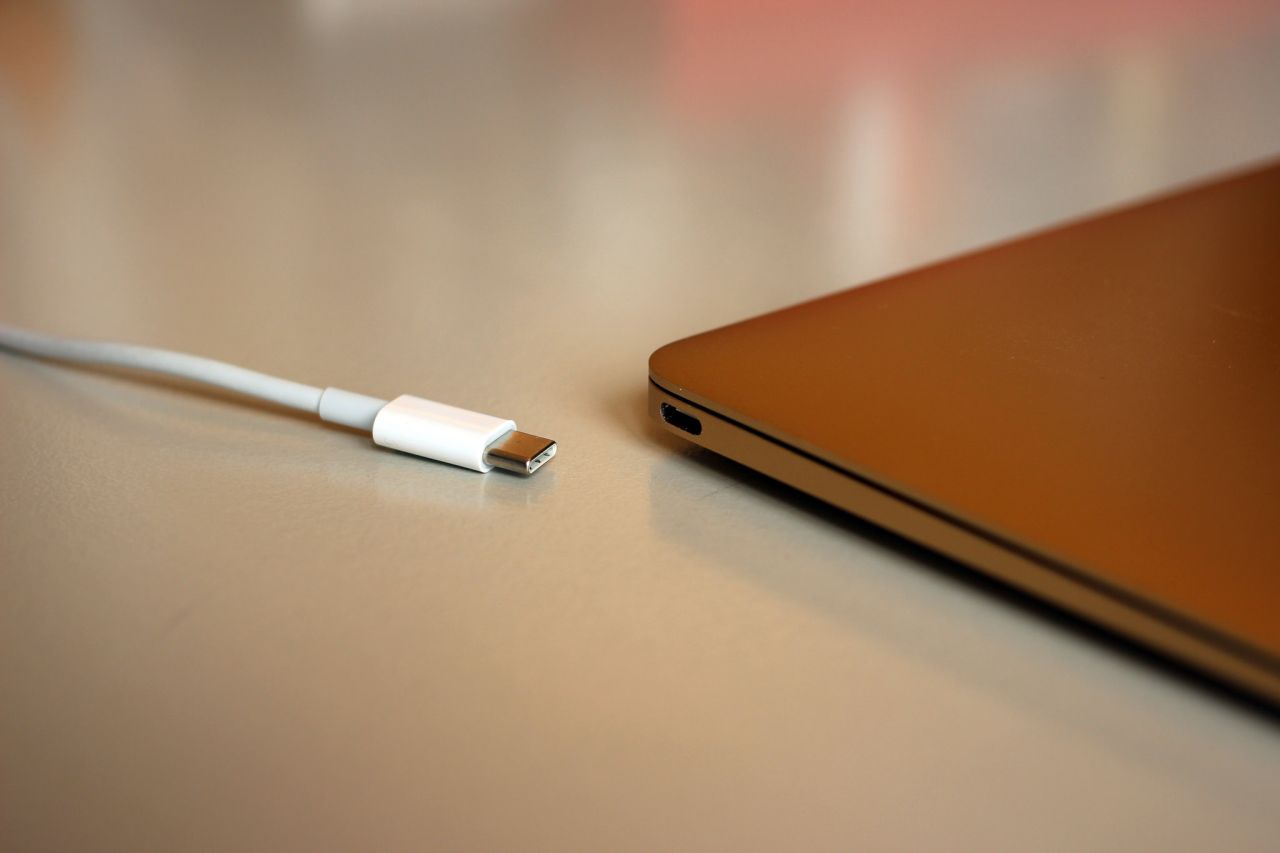 A USB-C cable next to a MacBook’s USB-C port. (Image credit: Maurizio Pesce/Flickr)

A USB-C cable next to a MacBook’s USB-C port. (Image credit: Maurizio Pesce/Flickr)

USB-C is a smaller, reversible iteration of the traditional USB port. Its connector is symmetrical, so you’ll no longer have to guess which end is up. Just stick it in.

Unlike Lightning ports which are exclusive to Apple’s iOS devices and Mac accessories, USB-C can be found on both mobile devices like Android smartphones and laptops and host devices like desktops, monitors and external drives. In short, it’s poised to become the new way you connect everything to everything else.

USB-C is a great new connector, but has been somewhat slow in its inevitable march to becoming the default option. But now a range of new products from laptops to phones use USB-C, so there are a handful of accessories sporting the new plug. So what different options are there, and how much do they cost?

In smartphones, USB-C is replacing the Micro-USB connector you’d find on the bottom of your device. Some USB-C dongles are compatible with USB-C-equipped smartphones, meaning you can plug a USB-C dongle into your Google Pixel and connect accessories like an external drive or an Ethernet cable to it.

USB-C is slowly becoming the standard, but it’s not exactly ubiquitous just yet. Sure, it’s in your new MacBook and latest Android phone, but as early as May this year, Microsoft was still refusing to include the future of connectivity on its laptops, claiming its choice of ports satisfied the most users. (It has since relented, with USB-C present on the latest Surface Book.)

But Microsoft isn’t alone. Some companies are still shying away from the inevitable future, opting to leave the port off their latest laptop for fear of giving users with a new port standard without the proper ecosystem in place.

Detractors like Microsoft have a point. A lot of USB-C gear is of questionable quality, with manufacturers making dongles and cables that overpromise and under-deliver, and can even fry your device if you try to save a few bucks. It pays to buy from reputable companies like Belkin, Apple, or Anker when looking for quality cables or adapters, and you should be more thorough when looking for USB-C hubs.

USB-C is fairly new, so buying USB-C equipment may introduce compatibility issues with your current setup. You’ll need adaptors to plug in traditional USB-A devices like your phone’s charging cable or you’ll have to buy an expensive dock to make sure your old electronics can still talk to your new machine.

Ask LH: Where Can I Find A Good USB-C Laptop Charger?

Dear Lifehacker, I just bought a new laptop with USB type C charging. The manufacturer's wall charger is rated 45W, and is not modular - the USB-C cable is all one piece with the power adaptor. I'd love to minimise the gear I take on the go, so ideally I'd like a wall charger that is modular so I can plug in a micro USB cable for my phone / Bluetooth headset, and a USB-C cable for my laptop. 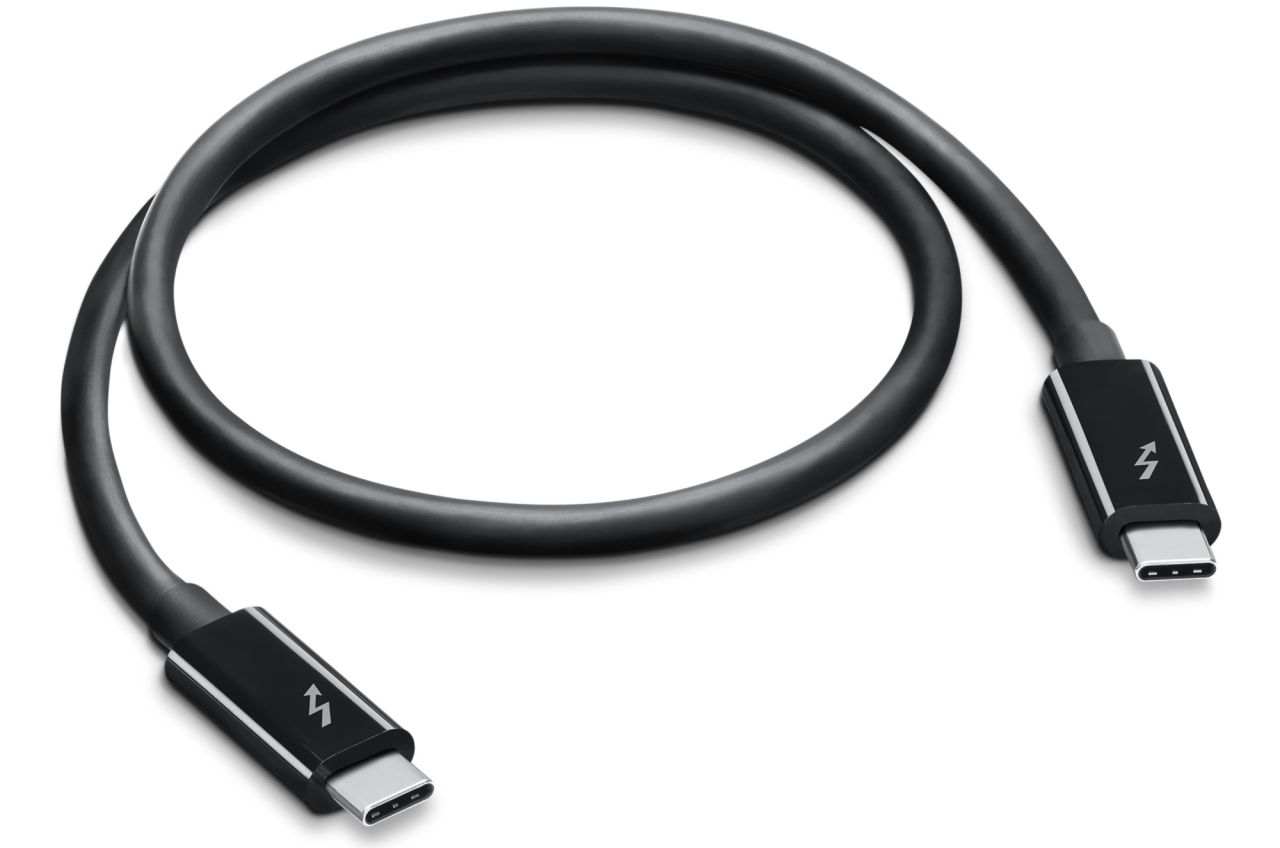 Think of Thunderbolt 3 as USB-C on steroids. Thunderbolt 2 used the Mini DisplayPort connection, but has since moved on to the reversible USB-C connector. In addition to supporting the USB-C protocol, so any Thunderbolt 3 cable can serve as a USB-C cable, it can transfer a lot more data and supports a variety of other transfer protocols. You’ll find Thunderbolt 3 ports on a variety of devices like Apple’s newest MacBook Pro laptops, Windows laptops like the ASUS Predator, professional-grade monitors and high-performance storage drives.

Thunderbolt 3 can provide everything from power, fast file transfers, internet connectivity, and connections to external displays all at once, making a single port a multi-functional one. Its daisy-chaining support means you can link multiple devices together with Thunderbolt 3 cables and plug them into your computer using a single port. For example, a single Thunderbolt 3 port can handle an external hard drive connected to two external monitors.

While it was a good move to switch from the DisplayPort connector to USB-C, you’ll need an adaptor to use older Thunderbolt devices with the newer standard.

Because it can handle a variety of protocols in addition to USB, Thunderbolt 3 equipment is more expensive than the rest. Even its connectors are more costly than the competition. A 50cm cable will run you over $50 while the same USB-C-only cable costs around $20. 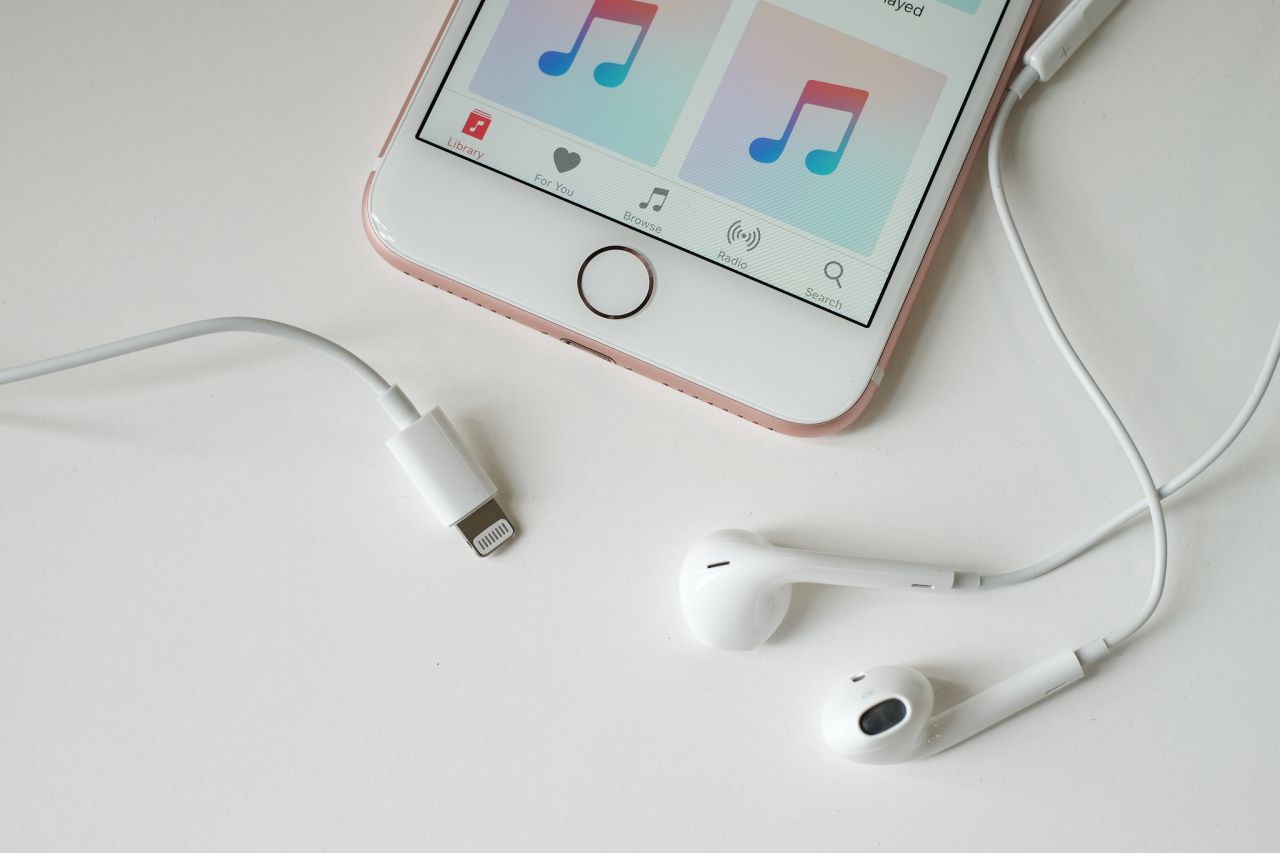 Apple’s reversible Lightning connector is the sequel to its 30-pin connector used on its mobile devices from the iPod to the iPhone 4s and fourth-generation iPad.

You’ve no doubt seen it on iPhones and iPads, but it’s in a few more Apple devices as well. Apple’s own wireless keyboard and mouse use the port to both charge and connect to your computer. The Apple Pencil has a male Lightning port for charging as well, and requires an Apple-provided Lightning-to-Lightning adaptor.

You can purchase Lightning cables with USB-A or USB-C ends so you can charge your iOS devices with whatever port you prefer. Lightning has a few cool tricks up its sleeve, like a built-in digital audio converter to power headphones for better sound quality, and the ability to charge accessories.

Since Lightning is an Apple’s proprietary connector, you won’t find it on other devices (besides Apple-manufactured accessories). Even some devices like iPhone battery cases require a different connector to charge them. In the future, when USB-C is everywhere, Apple’s reluctance to adopt the standard for its mobile devices will mean you’ll still need to carry a separate cable to charge your iOS device instead of a double-ended USB-C cable you can use anywhere.

Devices with Lightning connectors like headphones from Apple will only work with Lightning-equipped iOS devices. When our Managing Editor tried to connect her standard Lightning headphones to her MacBook Pro, we found it was impossible without an adaptor, an adaptor that currently doesn’t exist.

What About My Micro-USB/Mini-HDMI/USB-B/etc. Ports?

No doubt you’ve got some devices that won’t have a USB-C or Thunderbolt port, and you’ll definitely acquire some more in the near future. Devices like digital cameras still have Micro-USB ports, printers rock fat USB-B ports, and I still have a normal TV with some HDMI ports in the back. 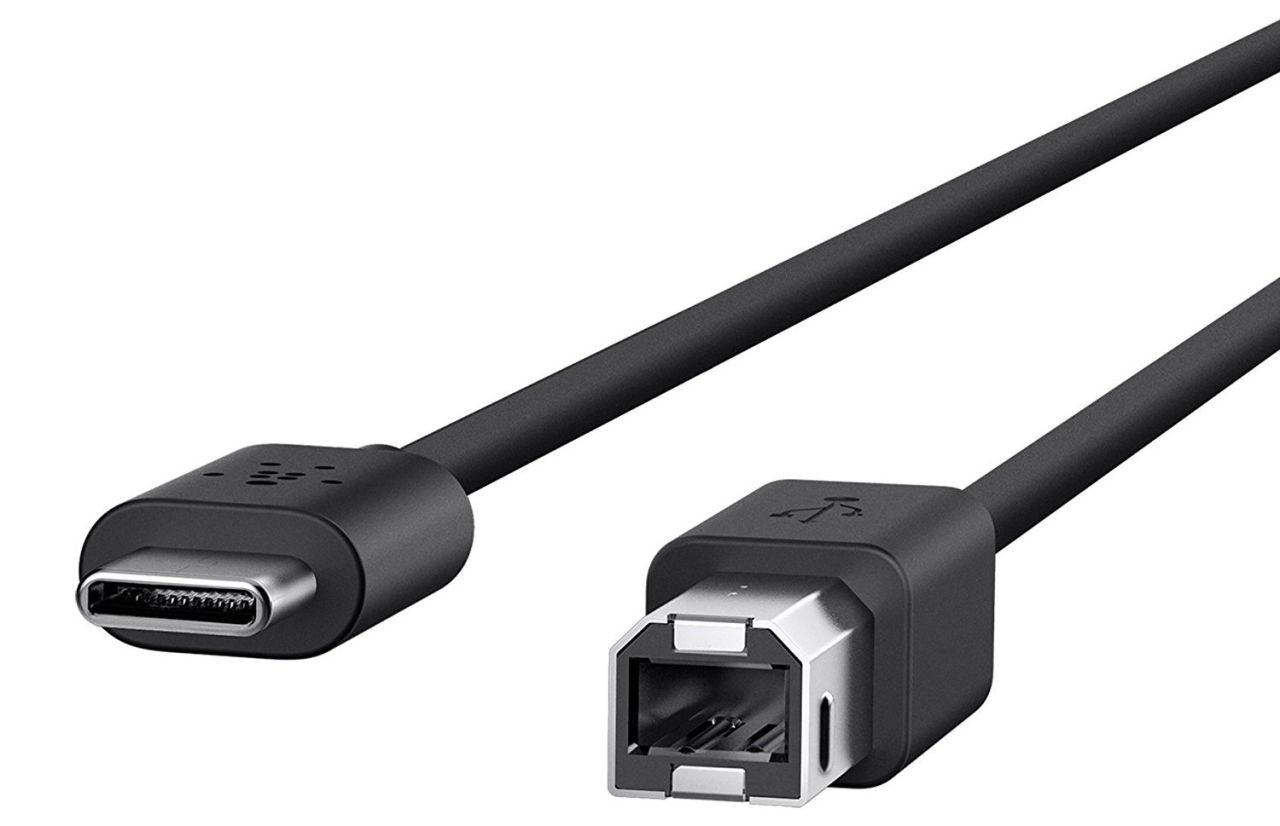 You can’t ignore them, but you can work around them. There are USB-C cables with connectors like Micro-USB or HDMI at the end, so your old tech can work with your new devices after a cable swap. Belkin makes a USB-C to USB-B cable for connecting new devices to old printers, and Apple’s own USB-C hub supports USB-A, HDMI and another USB-C cable for charging.

You can also buy small USB-C to USB-A dongles that will also give your traditional connectors some extra life until you decide to ditch them for good. In short, your old devices will continue to work with your new ones, but be prepared for the day when all ports become one.