Rumours of Google’s entry into the game-streaming space have circulated for ages, but today those rumours were finally confirmed when the company announced it will be teaming up with game publishers for its newly announced Project Stream service. Project Stream will allow users to play fully-fledged console and PC games through their Chrome browser without the need for a gaming PC or console hardware, all thanks to the cloud.

The first of these partnerships is with French publisher Ubisoft and its upcoming title Assassin’s Creed Odyssey.

While Google says the full, public version of Project Stream won’t be released for some time, those interested in helping Google test the service can sign up for its upcoming closed beta. Selected beta users will be able to play Assassin’s Creed Odyssey via Chrome, provided they meet all the technical requirements.

(One of the requirements is that you be located in the US, but a VPN should help you with that.)

So we’ve taken a look at the best VPNs for Australians over the year and for the upcoming year.”]

How to sign up for the Project Stream Beta 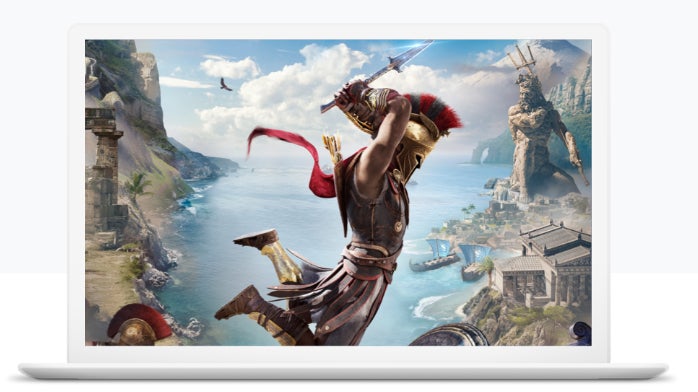 Here’s what you’ll need in order to be selected for the beta:

You won’t have to own a copy of Assassin’s Creed Odyssey in order to participate in the Project Stream beta — assuming you get in. According to Google, beta test spots are limited, and Google may limit how many users can access the service at any given time.

And that isn’t all. Once the beta ends around mid-January or so, you won’t be able to access the game any more. Should you get in, you’ll also be playing a more limited version of the game compared to those who went out and purchased it for real. Don’t expect to be able to make microtransactions for in-game items, for example (which isn’t the worst problem to have).

As for the game’s quality, early footage reveals that Google’s service can achieve good-looking 1080p gameplay at 60fps. Whether users will be able to push past that into higher resolutions or frame rates, we’ll let you know if (or when) we get into the beta.