Let’s get it out there – open plan office suck. They may help reduce real estate costs but the productivity and morale hit means they probably aren’t worth it. Yet they persist as a staple of modern office environments.

Anyone who has spent time in one knows they can be a pain in the butt with people walking past, noisy coworkers, and even the smell of your colleague’s lunch as they eat at the desk near you. In order to overcome some of those hassles, Panasonic has created a set of noise-cancelling headphones that also act as a set of blinkers that block out visual distractions in your peripheral field of vision.

The device, called the Wear Space, comes from Panasonic’s Future Life Factory. It reduces the wearer’s field of vision by about 60%, theoretically meaning they can focus on the work in front of them rather than be distracted by whatever is going on around them. Panasonic told Dezeen:

As open offices and digital nomads are on the rise, workers are finding it ever more important to have personal space where they can focus. Wear Space instantly creates this kind of personal space – it’s as simple as putting on an article of clothing. 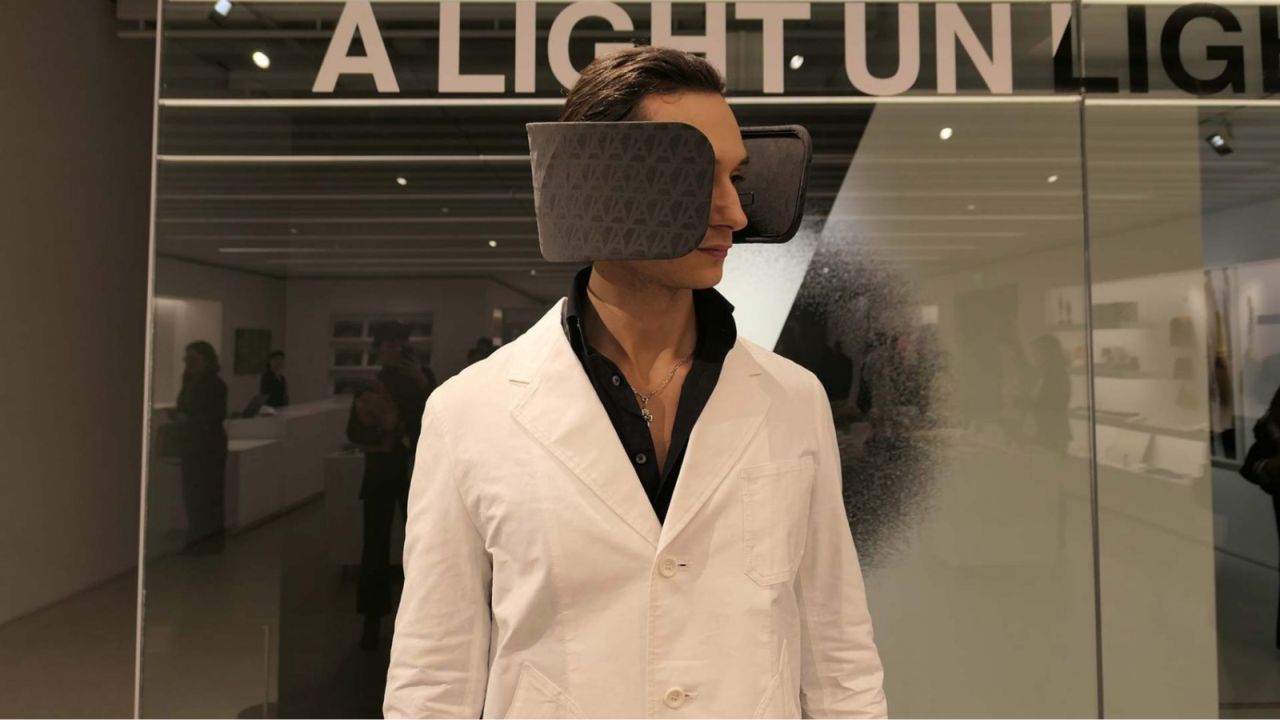 Interestingly, open plan arrangements are popular in coworking spaces but the goal there is to maximise returns on the available space. I’ve used coworking spaces in the past and they’re fine when you need a temporary workspace but when it comes to tasks that require space to concentrate or just think, open plans are terrible.

I recently wrote about the best time to get things done noting that there are times of day that are best for analytic, administrative and insight tasks. While analytical and administrative tasks are likely to have you focused in a way that should discourage people from interrupting you, insight tasks often involve sitting back and thinking, not using a screen or looking like you actively engaged in something. That makes you a prime target from a some hovering through the office looking for someone to chat with.

In the TV show Mad Men, creatives at the fictitious advertising agency often closed the door and pulled the blinds of their offices to lie back and just think. I imagine that if that show had been set 50 years later, Don Draper would never come up with anything creative. Or he’d have a version of the Wear Space with a pair of drinking straws leading into a glass of whisky.