How To Watch The Everest 2018 Horse Race

It’s the race that divided the nation. On Saturday October 13, the Everest – AKA that thing that got bunged onto the sails of the Opera House – will take place at Randwick Racecourse in Sydney, Australia.

If you’re planning to take a punt or just want to get caught up the action, there are several ways to watch the event live in Australia. Here’s everything you need to know.

What Is the Everest?

The Everest is an Australian Turf Club horse race founded in 2017. It is run over 1,200 metres on turf at Randwick Racecourse in Sydney, Australia. Described as “the richest turf race in the world” it has an astonishing prize pool of $13 million.

What time does the the Everest race start?

The Everest is held on the second Saturday of October. This year, that falls on October 13. The race will commence at 4.15pm AEDT.

How to watch the Everest race on TV

The 2018 Everest will be broadcast live on Channel 7. Bruce McAvaney, Hamish McLachlan and Jason Richardson will be hosting. Foxtel subscribers can also catch the race on Sky Racing 1.

How to stream the Everest race online

You can watch a live stream of the Everest on Racing.com which is part of the 7plus web app. You can watch via the above link or download the mobile app, available for iOS and Android.

Alternatively, most online bookmakers will be providing a free live stream of the race, including SportsBet, TAB and BetEasy. Just be aware that you will need to sign up for a membership to watch the race – and will probably be bombarded with offers to bet.

How to buy Everest tickets

Want to watch the Everest in the flesh among Sydney’s wealthy glitterati? You can still purchase tickets to the event with entry from 12pm. Prices start at $37.00. (Children under 18 can enter free of charge but must be accompanied by a responsible adult.)

Live music will be provided by former One Direction pop warbler Liam Payne at a post race day concert.

Which Everest horse should I bet on?

Probably none of them – in the long run, gambling doesn’t pay. But we ain’t here to judge. If you’re keen to put some dosh down, the thoroughbred Redzel is the current favourite, with odds of $6.50. Next up is Vega Magic at $7 and Trapeze Artist/Shoals; both at $7.50.

So what was the big deal about the Opera House again? 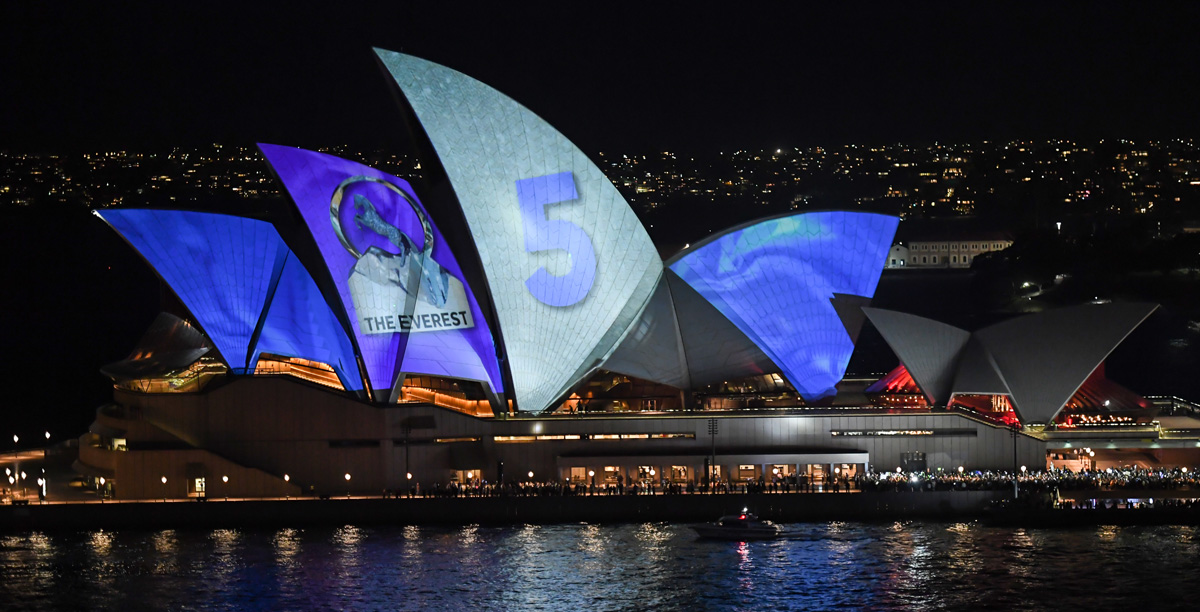 If you live in NSW, you’ve surely heard about the “state’s biggest billboard” controversy. In short, Everest’s organisers successfully lobbied for the sails of the Sydney Opera House to project an advertisement for the race. Many people – including Opera House’s boss – weren’t too keen on the idea due to the event’s close ties to gambling. Others, like Australian Prime Minister Scott Morrison though it was A-okay.

Then radio shock jock Alan Jones chucked a strop and the ads went ahead anyway. You can read an overview of the stoush here.