At this point, most of us have enough data on our mobile phone plans that you don’t have to track your usage by the megabyte. That said, you don’t want an app that’s constantly using massive amounts of data, but something like Twitter or Facebook isn’t going to really dramatically move the needle.

However, if you’re travelling somewhere where internet is scarce or is priced at a premium (or you just have a small data plan), then those apps can start to make a huge dent in your bill. Both Twitter and Facebook already have Lite versions for data-conscious users, and now Twitter has baked in a data-saving feature into its traditional app as well.

In order to take advantage of the feature, you’ll first need to download the newest version of the Twitter app for iOS or Android.

From there, you need to go into the Settings menu of the app to turn the feature on. You get here by tapping your profile picture and then selecting “Settings and privacy” from the menu that appears.

From there, Select “Data Usage” and then check the box next to “Data Saver” on the following page. 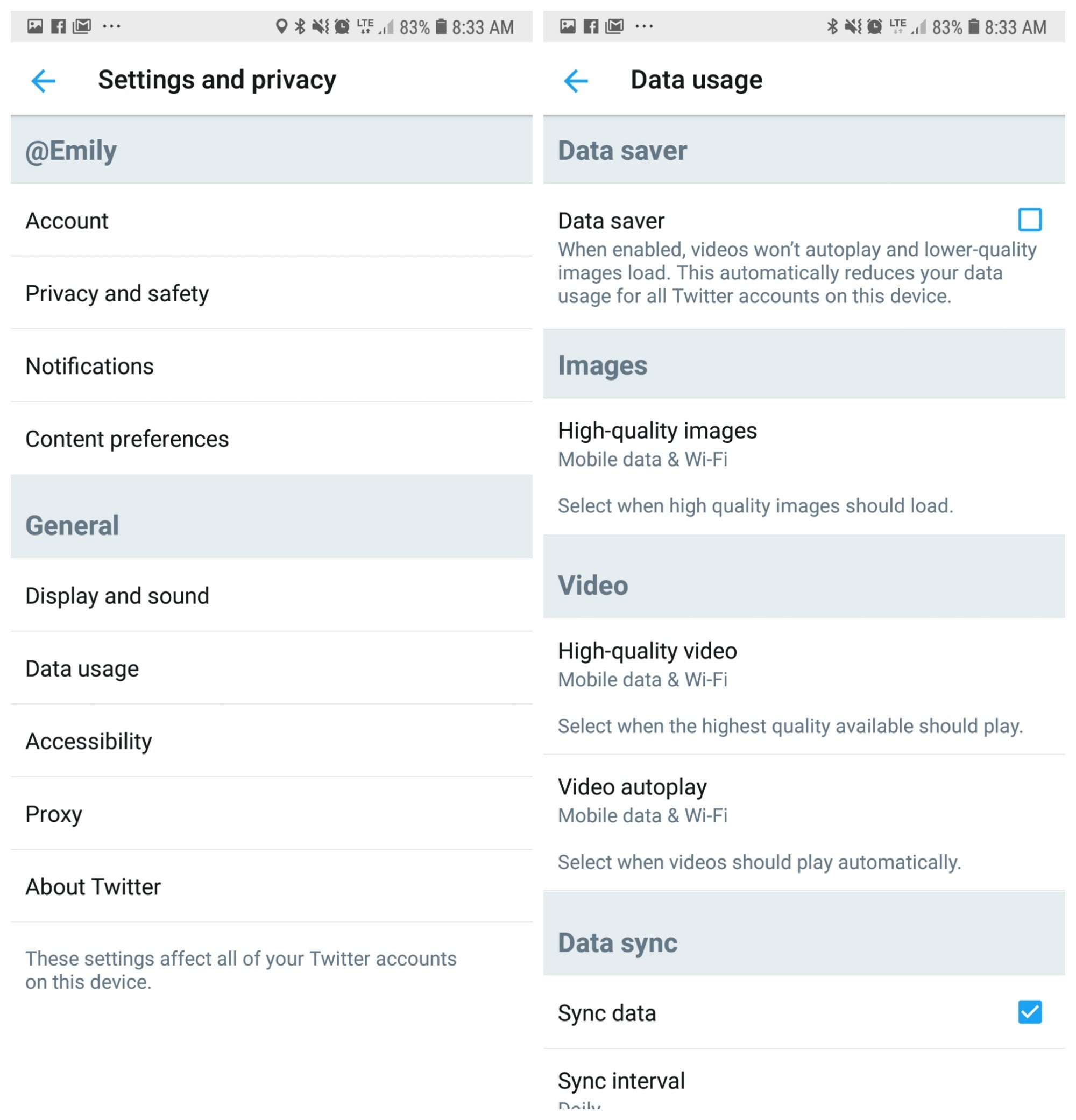 Turning the feature on will make it so videos don’t autoplay ( a positive in general, if you ask me) and images load at a lower quality than normal.

If you don’t want to blanket-turn that on, you can also go into the individual settings for images and video on the same page and adjust your settings so you get the high-quality stuff over Wi-Fi and lower quality images over your mobile data connection.

It’s not something everyone needs, but if your data is at a premium it’s a solid option to have.