How To Avoid Being An Accidental Convention Creeper

As a cosplayer, I’m always hearing people complain that they were called a creep, simply for complimenting a cosplayer they liked, or talking to a fellow convention-goer. But regardless of intent, if you’re being called creepy it’s likely you did something that the other person found creepy.

We’re at PAX this weekend, a haven of geeks and nerds and cosplayers with incredible costumes. It’s the highlight of any geek’s year, the centre of the gaming world in Australia – but for the sake of the other guests, it’s important not to get too carried away with excitement. Here are a few things to be wary of.

Here’s a tip that’ll serve you well in almost all aspects of convention etiquette. Make sure you communicate clearly, which will give other people a chance to tell you if they’re uncomfortable, before it reaches creep levels.

If you want to take a photo of a cosplayer, ask permission. Not only does it save you from taking literal creep shots, it’ll also let the cosplayer get camera-ready first and thus net you a better photo.

If you want to join a tabletop game or a seat at a cafeteria table, or even a conversation, make sure the existing members of the group are okay with you butting in. Most of the time people are open to meeting and chatting with new people at conventions, but it’s always good to check first.

This should go without saying, but touching is the easiest way to vault you into the creeper zone. Even if you’re someone who’s usually very physical with friends and family, hold it back at conventions – stick to handshakes when meeting new friends. Avoid overly familiar shoulder pats or standing too close to someone you don’t really know.

If you really like a cosplayer and want a hug or a photo with your arm around their shoulders, just make sure they’re okay with it before you do, and be prepared for them to refuse.

The great thing about conventions is getting to drop into conversations with people who have mutual interests. These kinds of spontaneous chats are a great way to make friends with fellow nerds. However, just because you’ve had a great talk with a group of people, it doesn’t mean you’re instantly besties.

If your new friends tell you they have to go somewhere – to lunch, or back to their hotel, or whatever else – don’t invite yourself along. If they want to invite you, they will. Feel free to ask them for a social media contact so you can keep in touch, but don’t cling like a limpet when they go to separate. 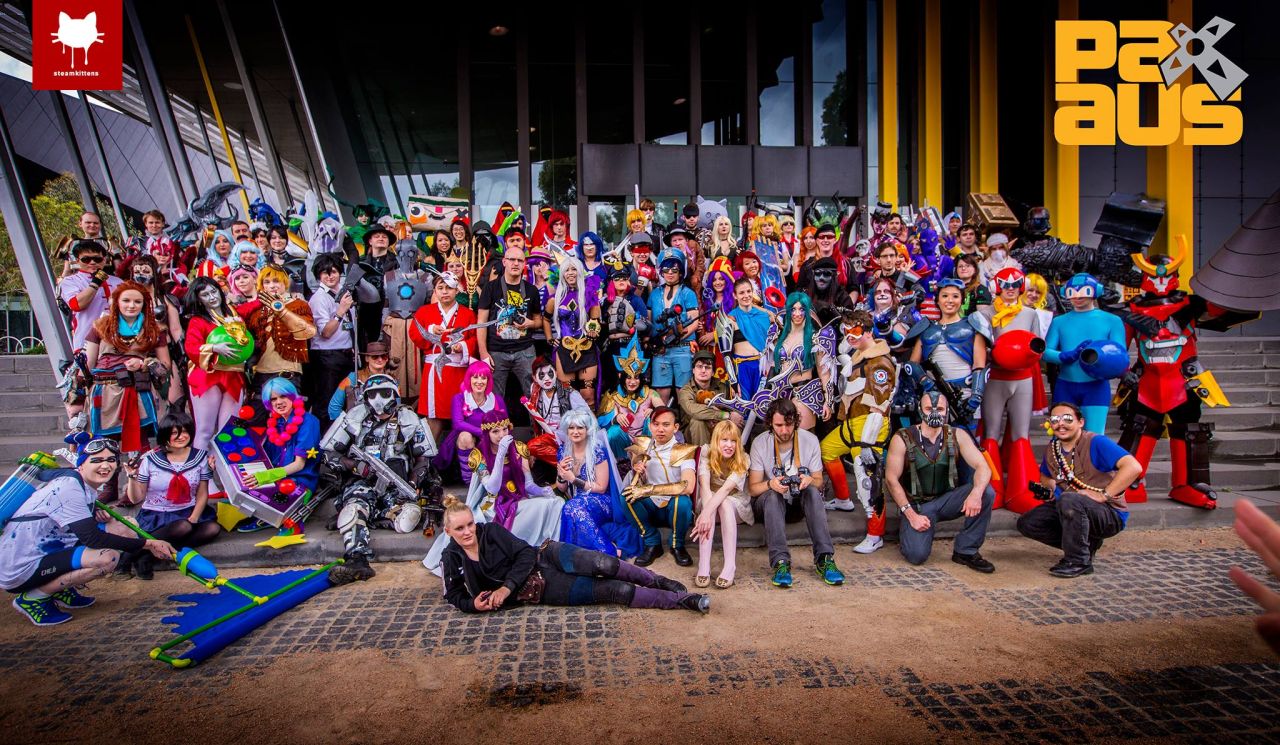 So how do you give that much-deserved compliment without landing yourself in hot water? Well first (and hopefully most obviously), don’t compliment their body. No one wants to know what particularly body part you may be obsessing over.

Complimenting someone’s physical appearance in general can be a bit dicey. Saying things like “you have beautiful eyes” can be uncomfortably like flirting, and there are way better times for flirting than at a convention in full costume.

Instead, compliment the costume, the work that’s gone into it, or even something like “you look great in that costume/as that character!”

When you approach a cosplayer at a con, remember that you’re just one of many many people who will be asking them about their costume, asking for photos or chatting about the character they’re cosplaying. Respect that, and respect their time, and don’t try to push for more socialising if they try to move on.

You can always ask to connect on social media, however don’t get upset if a cosplayer gives you their public page instead of adding you as a friend on Facebook – again, consider how many people they’re talking to in the day.

Lovehacker: How To Find Romance At PAX 2018

This week, Australia's biggest gaming convention PAX returns! Gamers from around the world will be descending upon Melbourne for some fun, fandom and, if I have anything to do with it, flirting! Not sure where to start on your geeky romance journey? Here are a few tips.