What You Need To Know About Facebook’s New-Look Messenger

Facebook Messenger has become one of the most popular messaging services on the planet. The company says it has about 1.3B global users and they have been providing feedback on new features and changes they’d like to see. Facebook says they’ve responded with an updated user interface and a number of other changes.

When you first install the update, you’ll notice that the bottom bar has been simplified with just three sections; Chats, People and Discover. And the tabs across the top have been scrapped. They’ve also added a splash of colour to Chat with the ability to use multiple colours in your conversations. For instance, you can see the colours change from red to blue, or yellow to green, as you scroll up and down a conversation.

A new Dark Mode – a feature that’s becoming increasingly popular in a number of apps is coming although that won’t appear in the initial release of the updated software as the company will be introducing the changes in a phased way rather than as a ‘big bang’ update. 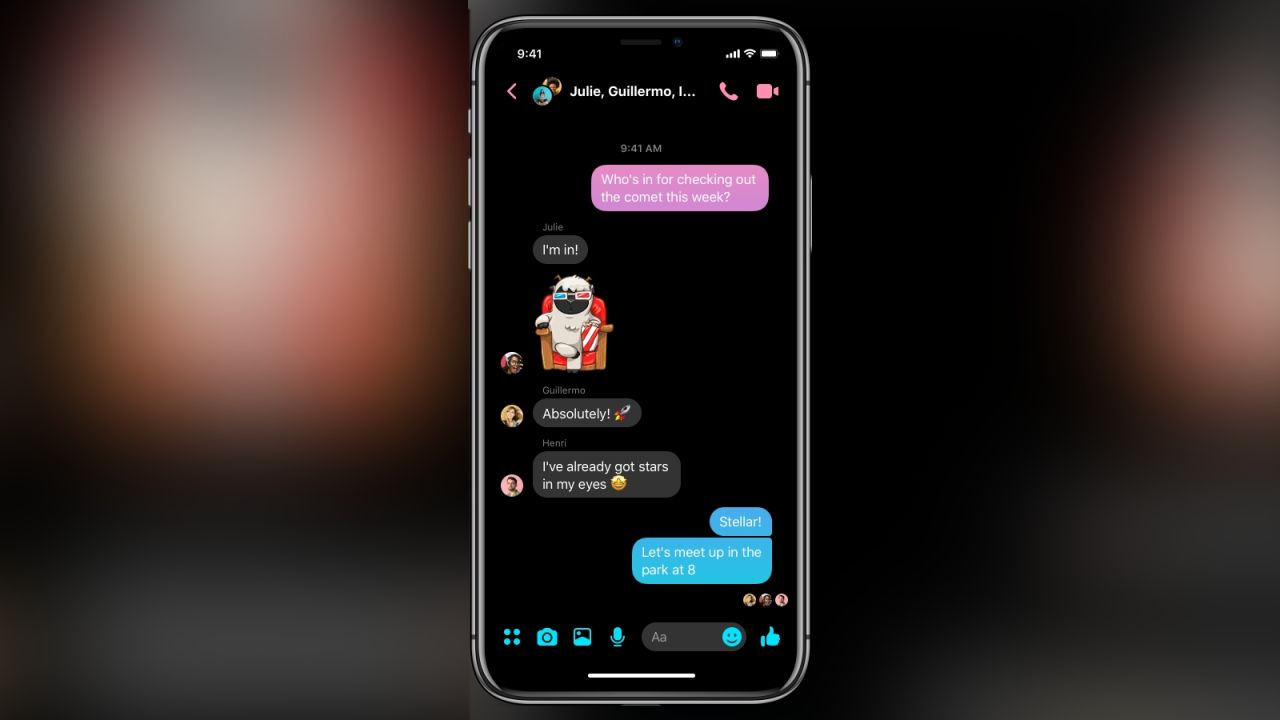 According to the company, no major features are being removed but you may find things have been moved after the update so features you may be accustomed to using aren’t where you expect them.

The redesign is built around four principles; simple, powerful, familiar and personal. In particular, a recent poll by the company indicated over 70% of users rated simplicity as their top priority.

One thing I was hoping Facebook would add is making all conversations private with full encryption as the default. Although there is a private mode, this is not on by default. So, while the service remains popular, you’ll need to look at other options such as Telegram, Signal or WhatsApp if privacy is a concern and you don’t want to mess around with settings to keep a conversation private.

The upgrade will become available through you app store’s update process from today with Dark Mode to come in a future update.