When I’m in another city and I want to see what neighbourhoods to wander, I crack open Foursquare. Some people use Yelp, some look for the brown-tinted areas on Google Maps. My friend Henry uses Pokemon GO.

The PokeStops where users can find creatures in Pokemon GO are based on real-world locations. (The location database originally comes from a previous augmented reality game, Google’s Ingress.) Some stops are businesses, which famously leads to players congregating around local businesses just to play, and sometimes spending money while they’re there. But popular stop categories also include churches, parks, statues and even murals.

The Fastest Way To Level Up In Pokemon GO

With the recent announcement of Pokemon Let's Go for the Nintendo Switch and its ability to interact with Pokemon GO, players are returning to the mobile game en masse. If you're trying to get back into the game, here's a trick for levelling up fast and catching up to those who never quit.

So when Henry doesn’t know where to go, he just follows the PokeStops. The process works both ways; the stops indicate good places to go, and the type of place influences the type of Pokemon he can collect. (Parks, for example, offer more Grass-type Pokemon; on a larger scale, the local climate also affects the available Pokemon types.)

The game, balanced out by some common sense and paying attention to his surroundings before barging into somewhere sketchy, sends Henry down more scenic routes than he might otherwise find.

The connection to real locations is a central aspect of the game, and one used by the game’s developer Niantic in programs such as Pokemon GO Travel and an upcoming event series with the US National Park Foundation. The game’s knowledge of parks has actually helped Henry out when Google couldn’t. 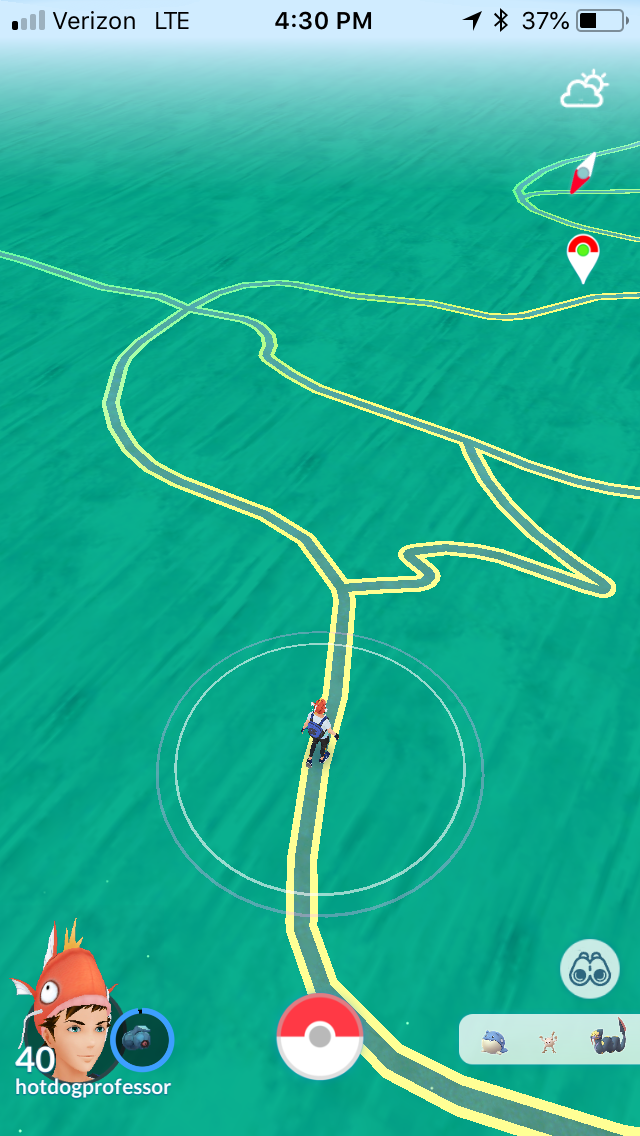 Henry took the screenshot above in Forest Park in Oregon. “Google Maps didn’t have any good info about trails — but Pokemon GO did. I legit used Pokemon GO to navigate trails (though obviously a real trail app would do a better job). This app only betrayed me when one of the trail split paths was very downhill, so I said ‘welp’ and turned around.”

If you want to see all the stops without playing the game, or zoom out further than the game allows, load up PokemonGoMap.Info, a map of over five million stops and gyms, shown at the top of the post.