Everything You Need To Know About Electric Cars In Australia

Electric cars have yet to become widely adopted in Australia but as more options become available and charging stations become more accessible, it’s worth taking a look. Here’s what you need to know about electric cars.

A low adoption rate of electric cars in Australia has been blamed on the vehicles’ high prices, limited charging options and a range of other factors. As manufacturers respond to these concerns and better support networks are put in place, you might want to consider bucking the trend and buying an electric car.

Both HEVs and PHEVs contain traditional combustion engines to extend their range while BEVs are fully electric vehicles that rely entirely on their rechargeable batteries. We’ll be focusing solely on the fully electric options available. The affordable end of the electric car market will still set you back with the Renault Zoe starting from $42,470 and Renault Kangoo ZE van starting from $45,990. The Zoe is a small hatchback with a range of up to 300km that takes an hour to reach 80 per cent charge but 7.5 hours to be fully charged.

Next in line is the BMW i3 which costs at least $68,400 plus on-road costs. Sporting a range of driver assist features, the i3 is a step up from the Renault options which you’d expect from the jump in price. The 200km range makes it completely suitable for city driving.

Then there’s Tesla, the big splashy sports options of the electric car world. Both the Model S and Model X are available in Australia but both vehicles will cost in excess of $100,000. If price is a barrier to your buying an electric car then there’s no point even looking near a Tesla. However if you’re after a fully electric vehicle that can go from 0-100kph in 2.7 seconds then the Model S is there for you.

Electric motors are coming whether we want them or not. So let's not pout, but instead celebrate the ways in which electric vehicles actually outperform their conventional internal combustion engine-driven counterparts.

Two other electric cars are expected to hit Australian shores early next year. Nissan Leaf is another small hatchback option, comparable to the Renault Zoe and the Hyundai Kona is an SUV. Both vehicles are expected to cost approximately $50,000 although final pricing is yet to be confirmed.

These three cars will open up the lower end of the electric vehicle market.

When charging an electric vehicle there are three options: a fast-charging station, dedicated wall recharger or the good old-fashioned wall socket.

Which option you use will dramatically alter the time it takes to recharge your vehicle. A fast charging station can put out up to 135kW which will recharge a depleted battery to about 80 per cent charge in half an hour. These charging stations are publicly available and costs will vary depending on the network providing the station.

Both dedicated wall rechargers and wall sockets let you power your vehicle at home. Wall rechargers cost between $500 to $5000 to install in your house and typically take eight hours to fully charge an electric car battery. Using a wall socket, while lacking any installation costs, will take up to 14 hours to charge your car severely limiting your options. 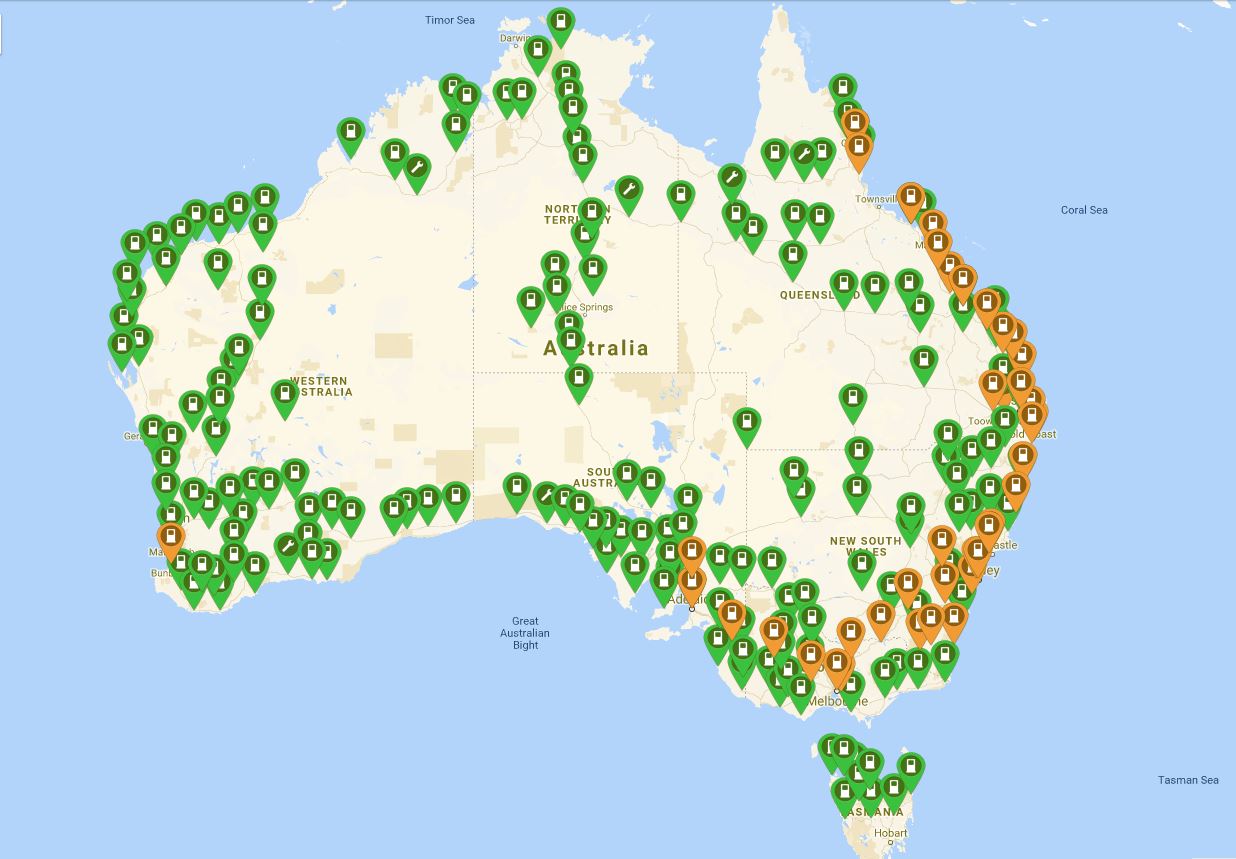 The low adoption rate of fully-electric vehicles in Australia means that finding a place to charge is not as simple as heading to the local servo and filling up.

Plugshare is a great resource for finding charging stations that gives details on public accessibility, cost and type of outlets available. It’s available on iOS and Android.