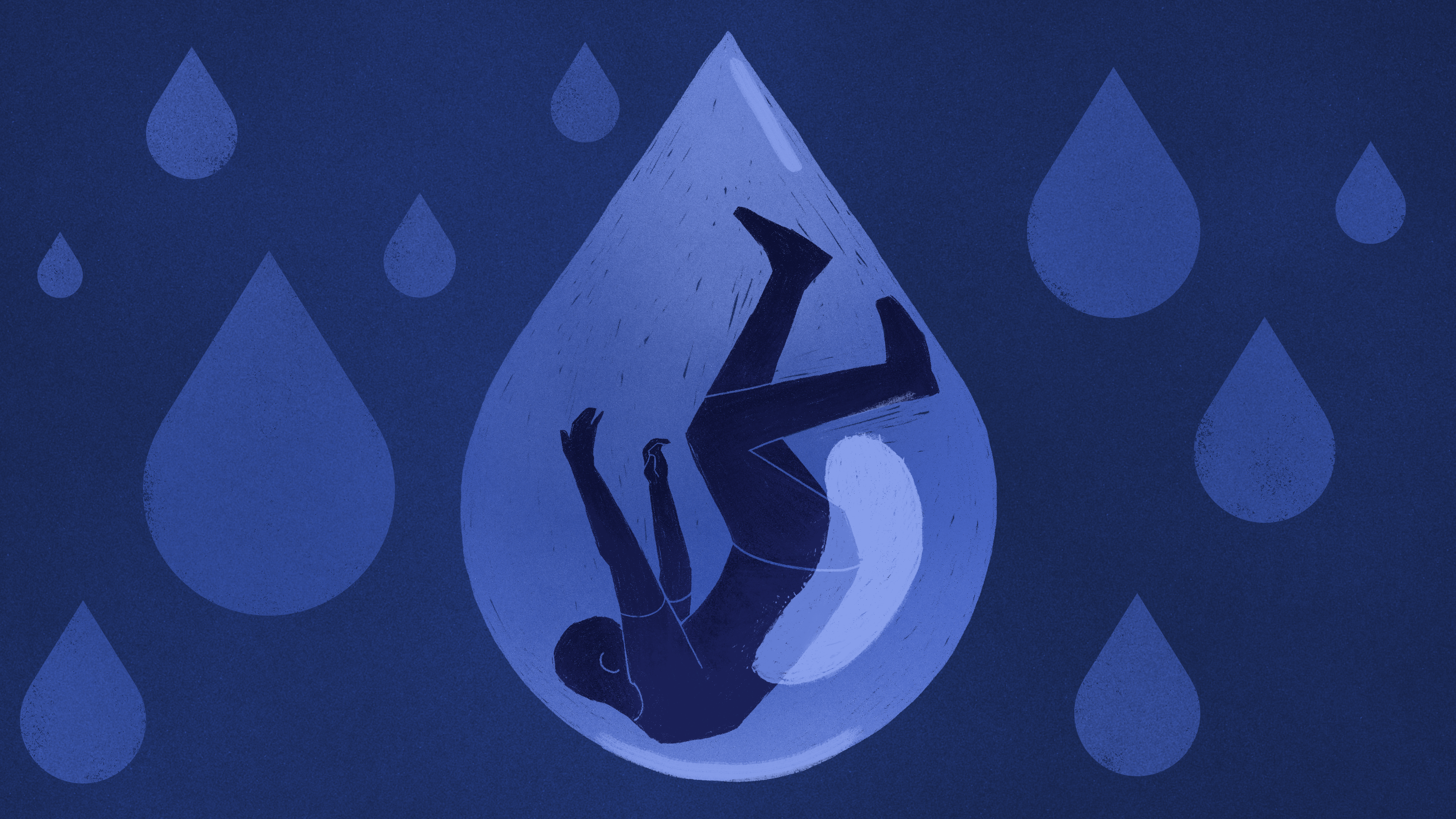 After his third daughter arrived, Matt Villano was trying to keep his career afloat while helping his wife manage her emotional transition to becoming a mum of three when he suddenly found himself “completely underwater.” For the 42-year-old freelance writer in Sonoma County, California, it felt difficult to even get a full breath. “Everything was upside down,” he says.

He opened up to some of his friends, but didn’t find any support. “Their reaction was basically, ‘Dude, suck it up. It’s hard. You have three kids. What were you thinking?’”

The reaction is a common one. Though there is a growing awareness that women can experience depression and anxiety during and after pregnancy (collectively, the symptoms and conditions are called perinatal mood and anxiety disorders), fewer folks know that men are also susceptible. In fact, according to Sheehan David Fisher, PhD, an assistant professor in the department of psychiatry and behavioural sciences at the Northwestern University Feinberg School of Medicine in Chicago, research shows that 10 per cent of fathers experience depression after the birth of a child. They also experience higher levels of anxiety disorders than at other times in their lives.

But when they do, most men keep silent — because of stigma, because they feel they need to focus on their partners and children, or simply because they don’t know that with the right help, they could feel so much better. Here’s what to do if you’re struggling emotionally as you adjust to fatherhood, for the first or fifth time:

The usual symptoms of depression and anxiety apply. But Fisher says that men can also experience other less recognised symptoms such as aggression, rage, using drugs and alcohol to relieve stress, or acting out at home or at work. Expressing stress and distress in these ways is often “more socially acceptable” for men, says Fisher.

Villano recalls feeling like he had “no control” of anything. “I was up at 4 AM every morning for no reason at all,” he says. “I had this inability to manage my own game.”

To know if you might be experiencing a diagnosable disorder, you should also think about how much your day-to-day routines have been affected. “If you feel significantly down or have lost interest in things that used to be sources of pleasure, or it really causes a change in how you are functioning, and that persists for two weeks or longer, that’s when we start to think it’s moving into a diagnostic range,” says James Paulson, PhD, associate professor of psychology at Old Dominion University in Norfolk, Virginia.

It’s also useful to know that there may be “a delayed onset for fathers,” says Fisher. He explains that the highest rates of depression and anxiety for fathers happen about three to six months postpartum, whereas women often report symptoms earlier. One study showed that the first five years of a child’s life was when fathers were most susceptible to experiencing depression.

Learn Why It Can Happen

It’s not rocket science—having a baby is stressful. “Fathers’ worlds are changing completely, and maybe in a way they were underprepared for,” Villano says. Just like mums, dads are experiencing sleep deprivation (which increases the risk of anxiety), the massive transition of caring for a small human, the potential financial stresses of adding to a family, the struggle to balance work and caregiving, and, even some hormonal changes (preliminary research shows that men have lowered testosterone after a baby is born).

“When we open it up that way, it makes a lot of sense that fathers would experience depression during this time period as mothers do,” Paulson says.

Get Over the Stigma

OK, this one is easier said than done because men face not just the usual stigma around mental health, but also the one them that experiencing emotional difficulties is just not what guys do.

When dads are struggling with stigma, Paulson reminds them that having a mood disorder is not a sign of weakness. “Very strong, very successful people suffer from depression,” he says. “It’s just something that happens to people, and it is beyond our control.” Accepting that “things like that could happen to dudes,” was a key part of Villano’s recovery, he says. “It was a recalibration, a realisation that I’m not Superman.”

You Have A Birth Plan, But Do You Have A Postpartum Plan?

Reach Out for Help

There are an increasing number of resources available for dads who are struggling. Two good places to start are Postpartum Support International and Postpartummen. Paulson also recommends talking to your primary care physician. “Depression and anxiety are among the most common mental health conditions, and a primary care doctor should be able to refer you to proper care,” Paulson says. “Once we recognise that depression is a problem we have a lot of options for treating it and making it better.”

And most of these treatments are “time limited,” Paulson adds. “They don’t involve sitting on somebody’s couch for years on end.” One of the most studied treatments for anxiety and depression, cognitive behavioural therapy (CBT)—in which you learn how to change your behaviour to affect your emotional state—is often delivered in 10, 12 or 16-week blocks. Another proven treatment is interpersonal talk therapy, which focuses on “managing relationships and how you see yourself in relationships,” as Paulson describes. Antidepressant medication is also an effective treatment with or without therapy.

“These treatments have between 60 and 80% success rates,” says Paulson, “so the likelihood that you will get better is quite high.” Even patients who don’t experience a full remission of depression gain a sense of mastery, he says. “They may feel these symptoms, but they have a sense of what to do. They feel it’s no longer ‘something that beats me up without my control.’”

One of the consequences of untreated depression in either (or both) parents is increased partner conflict as well as negative health outcomes in children, such as reduced bonding with parents, a greater risk of mood disorders later in life and even lower cognitive ability. “When one parent or both are sick, it’s going to affect the whole family,” Fisher says. So taking care of you is taking care of your family, and that is more than enough reason to do it.

There are things you can do to ease the stresses of this time in life. The first is getting adequate sleep. Trade off nighttime shifts with your partner so you can each get three-hour chunks that will enable you get the restorative sleep that comes from a complete sleep cycle. If you need to, sleep in a separate room from the baby when you’re off duty. Moving your body is also proven to lessen the symptoms of depression and anxiety. If you can’t make it to the gym for a full workout, get outside for a walk as often as you can or do some light exercises at home during naptime.

When taking care of yourself, Fisher recommends asking, “What is the biggest bang for my buck?” What gives you an opportunity to have down time, however brief, with no other responsibilities? Maybe it’s recreational activities, a spiritual or religious practice, or just a half hour of going to the park or getting ice cream.

For Villano, who credits “consistent therapy” with helping him recover, self-care means “taking time at the beginning of every day to slow my roll, breathe deeply and put myself into a position to not freak out.” And then, in moments of stress, he will often “announce to the girls and my wife that I need a minute” and then leave the room, sit down and practice deep breathing. “Now that I have had almost three years to practice, a lot of times, I can get to a better place with one deep breath,” he says.