The Best Ways To Use 3D Touch On Your iPhone

appleiphonesmartphones
To sign up for our daily newsletter covering the latest news, hacks and reviews, head HERE. For a running feed of all our stories, follow us on Twitter HERE. Or you can bookmark the Lifehacker Australia homepage to visit whenever you need a fix.

Apple debuted 3D Touch on the iPhone back in 2015. The concept behind the technology is simple: You press the screen harder to get additional functionality in various areas of iOS. Magic!

At first, 3D Touch seemed like a gimmick. Even now, three years later, a lot of people I talk to don’t even know they have it on their phone. Apple itself may soon concede this fact. In the meantime, I’ve become an avid 3D Toucher. So, while we still have this handy feature, here are some ways to make the most of it.

How To Get Trackpad Features On An Older iPhone With iOS12

By default, all compatible iPhones should come with 3D Touch turned on. If you’ve disabled it at some point (or want to in the future), open up the Settings app and go to General > Accessibility > 3D Touch. Use the toggle to turn 3D Touch on and off.

While you’re there, you can also adjust the amount of pressure required to trigger a 3D touch. I find the “Medium” setting to be ideal. When it’s on “Firm,” it’s too easy to “pop” while “peeking” (I’ll explain that shortly). On “Light,” it’s too easy to trigger when I’m simply 2D tapping.

‘Quick Actions’ and ‘Peek and Pop’

Most 3D Touch gestures fall into two categories: “Quick Actions” and “Peek and Pop.” Quick Actions are usually shortcuts for acting on a notification or jumping to a specific pane of an app. I’ll list a few of those in a bit. 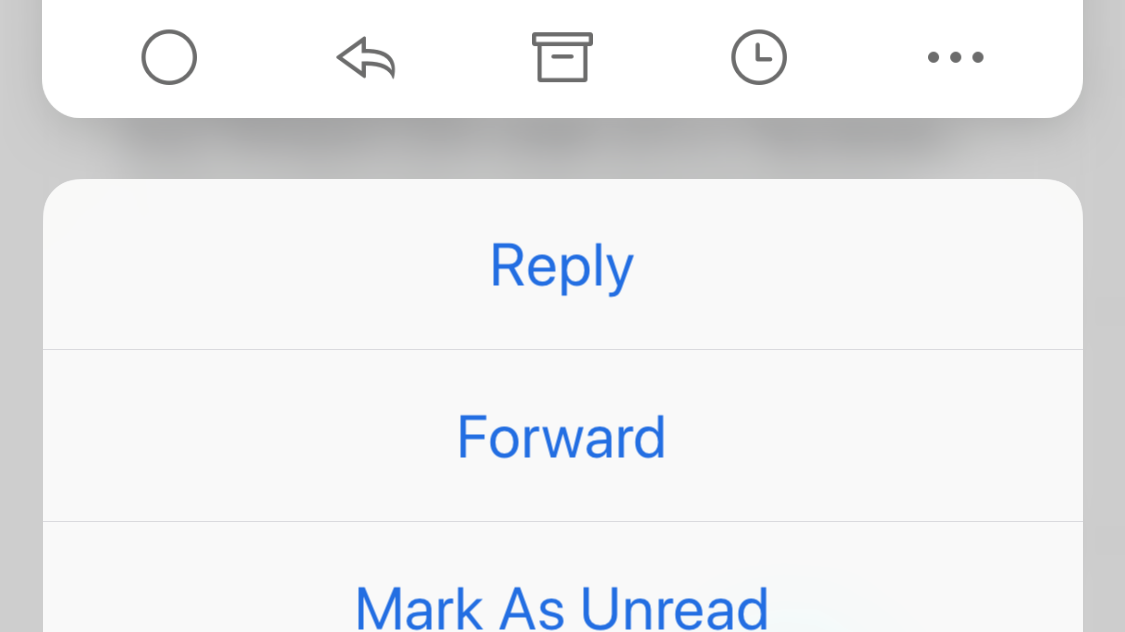 The other category is Peek and Pop, a way to both preview and act on various items. To “peek,” you press hard on an item, say a photo thumbnail or a web link. If iOS offers a preview for it, a pop-up will appear with the larger version (or a full web page, in the case of links). Pressing a little harder will “pop” it, which actually opens it. In many cases, you also have the option of sliding up instead of popping, revealing additional options for things like saving images and bookmarking websites.

One of my favourite 3D Touch features is the trackpad mode for the keyboard. This works in the default keyboard, as well as some 3rd-party keyboards like Google’s Gboard.

To use it, press hard on any key on the keyboard. The keys will go blank as you hold down and start dragging. The cursor will move, allowing you to quickly navigate through a line or paragraph of text to a position from which you want to edit. You can also select text by lightening your touch for a moment, and then pressing hard again to begin the selection.

This is a great tool for making both large and small movements through text, but it’s frustrating that the cursor always seems to move one character right or left when I lift my finger — the point at which I long for arrow keys.

On all 3D Touch-friendly iPhones but the iPhone X (which has its own gesture), you can 3D Touch on the left side of the screen instead of double-tapping on the Home button to to jump to the App Switcher. Once you get used to the gesture, it’s a convenient way to manoeuvre through apps.

9to5Mac posted a less-visible 3D Touch feature called “Peek Zoom.” It allows you to use a hard press to zoom into an area when using your iPhone’s zoom feature (found in Settings > General > Accessibility > Zoom). Turn on Zoom, enable Show Controller, and you can then activate zoom by double-tapping on the screen with three fingers and use 3D Touch to enlarge what you’re looking at. 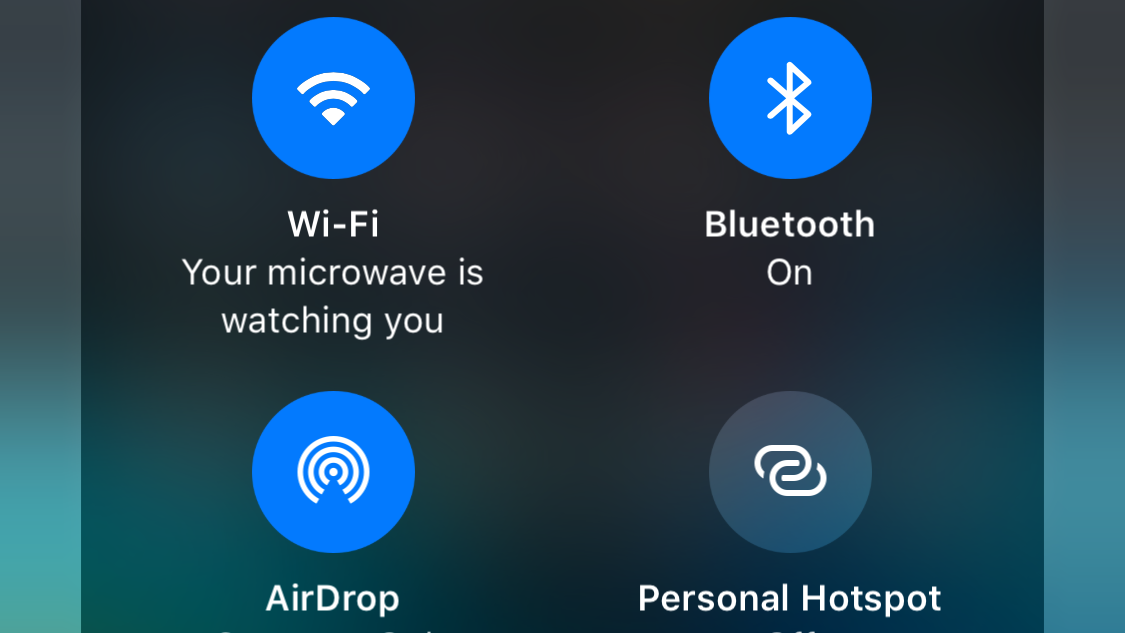 One of the best places to start exploring 3D Touch is in the Control Center. Open the Control Center panel, either by sliding up from the bottom of your iPhone’s screen or pulling down from the battery icon (on the iPhone X). Try pressing hard on any of the icons, and many of them will offer you additional options.

Some of the best features of 3D Touch are available right from your iPhone’s Home screen. 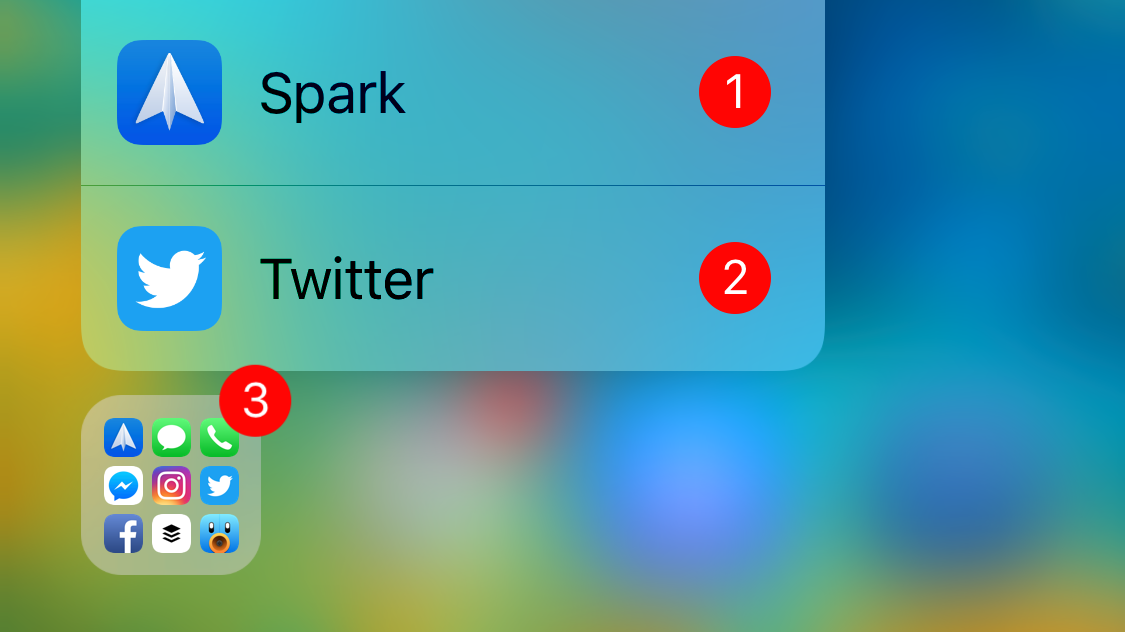 If you use folders to organise your home screen, you’ve likely noticed that iOS aggregates notification counts into a single badge for the folder. 3D Touch allows you to see — and jump to — the apps that have notification badges showing. Press hard on the folder and it will show you the list of apps and their notification counts. Sliding your finger to one of those will open it directly. You can also quickly rename a folder from the same menu. 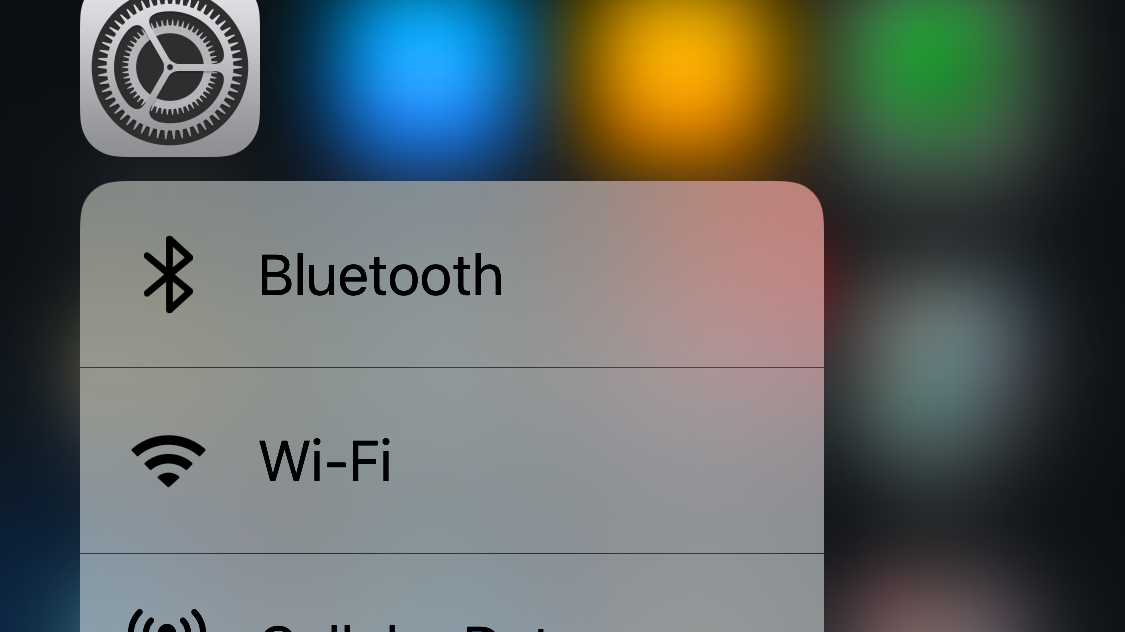 All of Apple’s apps and a majority of third-party apps have actions you can access if you 3D Touch their app icons. I mostly use this shortcut for the Settings app. By pressing hard on its icon, I can jump directly to Bluetooth, Wi-Fi, Cellular Data, and Battery settings.

Find my iPhone can instantly play the locator sound on any device attached to the current iCloud account. Press the app icon hard and choose the device from the list.

The Camera app offers the options to jump directly to Portrait mode, slo-mo video, regular video, or to take a quick selfie without having to manually change to the front-facing camera.

Both Maps and Google Maps let you to quickly pull up directions to pre-defined destinations. With my Automatic in my car, Maps even offers a quick shortcut to find my parked vehicle.

Some apps offer summaries in the 3D Touch popup. Weather, for example, will let you see the current local conditions without having to open the app, and Stocks will show you the performance of stocks you’re watching.

With 3D Touch, you can also act directly on notifications and results via the iPhone’s Today View (swipe right on your home screen), Lock screen or the iOS Notification Center — basically, also your Lock Screen.

In the Today View, 3D Touching a search result pulls up quick actions specific to the type of result, such as communicating with contacts, replying to emails, and saving web links to your Reading List. 3D touch also works on app icons, allowing you to access all of their default Quick Actions right from the search screen. 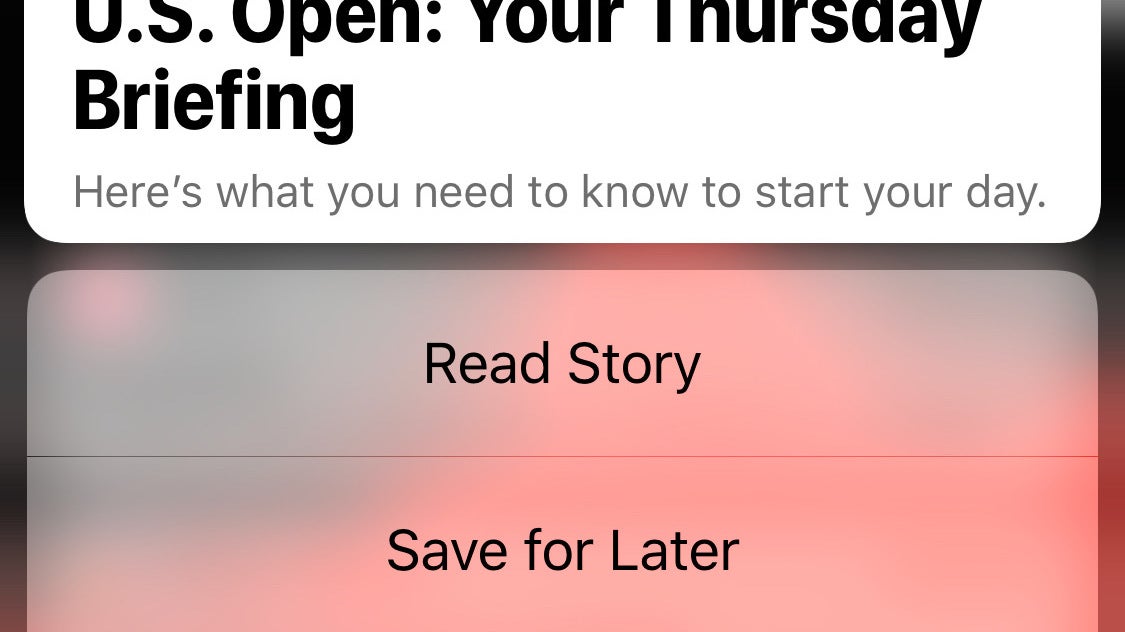 On the Lock Screen and Notification Center, many notifications will provide instant access to functions specific to the type of notification. Mark an email as read or start a reply, respond to a text, or save a news story for later.

Once you open your apps, 3D Touch is less widely implemented (especially in third-party apps), but it still shows up in predictable ways. Any time you can press an image to preview a larger version, you can also swipe up to save it or pop to view it full screen. The same is true for web links in most apps, with the option to open in Safari or save to your Reading list.

In Apple Mail (and in many 3rd-party mail apps) you can 3D Touch to preview an email from the list screen, then swipe up for quick actions or “pop” it to open it. Or you can let go and pretend you never saw it, which I can attest is not the best way to tackle your inbox.

You can also 3D Touch the contact details button in a Mail message (and in other apps with contacts) to perform quick actions for that person, including emailing them, texting them, or adding them as new contact.

Safari lets you preview tabs by opening up the tab view and pressing on a tab a little bit to view its contents. Press harder to pull it up in the browser.

Trick Out Your Touch Bar With These Creative Apps And Games

In Photos a 3D Touch will preview a photo, and also play Live Photos and videos in a popup.

In iBooks, if you go the the Table of Contents view, you can press a chapter to preview it without jumping to it.

The last one I’ll highlight is the Notes app, where 3D Touch allows pressure-sensitive drawing in sketches. The lighter you touch, the lighter the line stroke.

Basically, everything in iOS has the potential to reveal extra options and shortcuts if you press it a little bit harder — but not always. There’s no visual indicator to let you know what will bear fruit with a little pressure.

If you’re like me, once you get used to 3D Touch, you’ll start trying it on everything (and suffer minor disappointment if nothing happens). At least, you might as well. If 3D Touch is on the outs, better get in your soft-to-hard pressing while you can.