Ring is well known for their connected doorbells. I looked at the Ring Video Doorbell 2 earlier this year and really liked it. So, when the opportunity came to try out the Spotlight Cam so I could add a connected security camera outside my home I jumped at the chance. And while I did hit a couple of bumps in getting started, I think this makes a great addition to my home security.

The Ring SpotLight Cam is an outdoor security camera and spotlight. There’s a wired option, that requires access to mains power through a regular power outletfor the installation but I’ve been testing the battery-powered model. It’s motion activated and has a bright spotlight that can be easily programmed to only activate at night. The camera captures full HD 1080p video and it boasts a microphone and speaker so you can not only hear potential intruders or visitors but also talk to them, just as you can with the Ring Doorbell.

Once I found a good mounting position for the Spotlight Cam, the installation was straightforward, other than the small issues I cover in the “What’s bad” part of this review.

Being battery-powered, the Spotlight Cam can be placed almost anywhere as long as it can connect to your network. The body can hold two batteries but Ring suggests it can stay online for six to 12 months on one battery. You can purchase a second battery separately (for $49) so you can keep the camera running even when one power pack runs out of juice. It’s also weather proof – which is handy seeing it’s designed to be installed outdoors! If you prefer, there is also a powered version that connects to mains power. And the battery powered version can be kept running almost indefinitely via an optional solar panel. 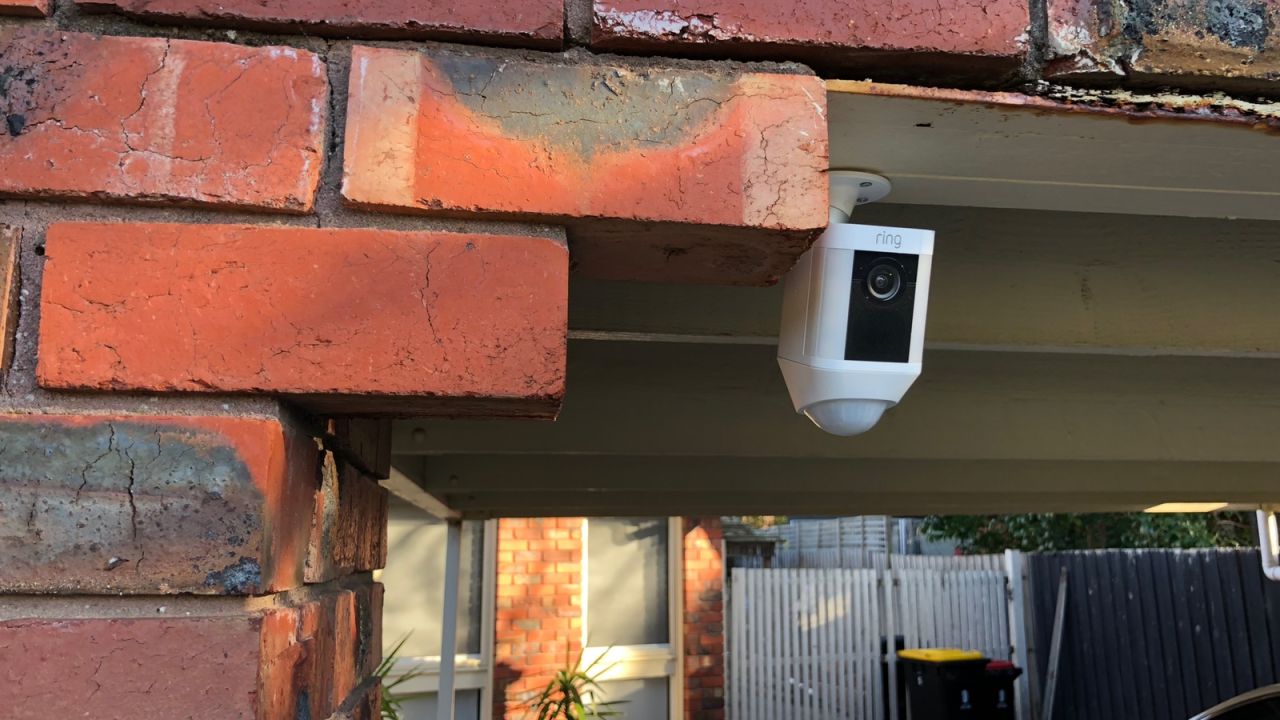 Image quality was excellent. Both daytime and night-time images were clear. The camera lens captures a wide angle and the ball-and-socket base make it easy too angle the camera perfectly so it gets a clear view of the area you want to monitor.

Like the Ring Doorbell, the Spotlight Cam can send alerts when some one crosses into its motion detection zone. You can control the detection area in the app adjusting it for both the width and depth. In my case, I adjusted it so I didn’t receive an alert each time a car drove past the front of my home. 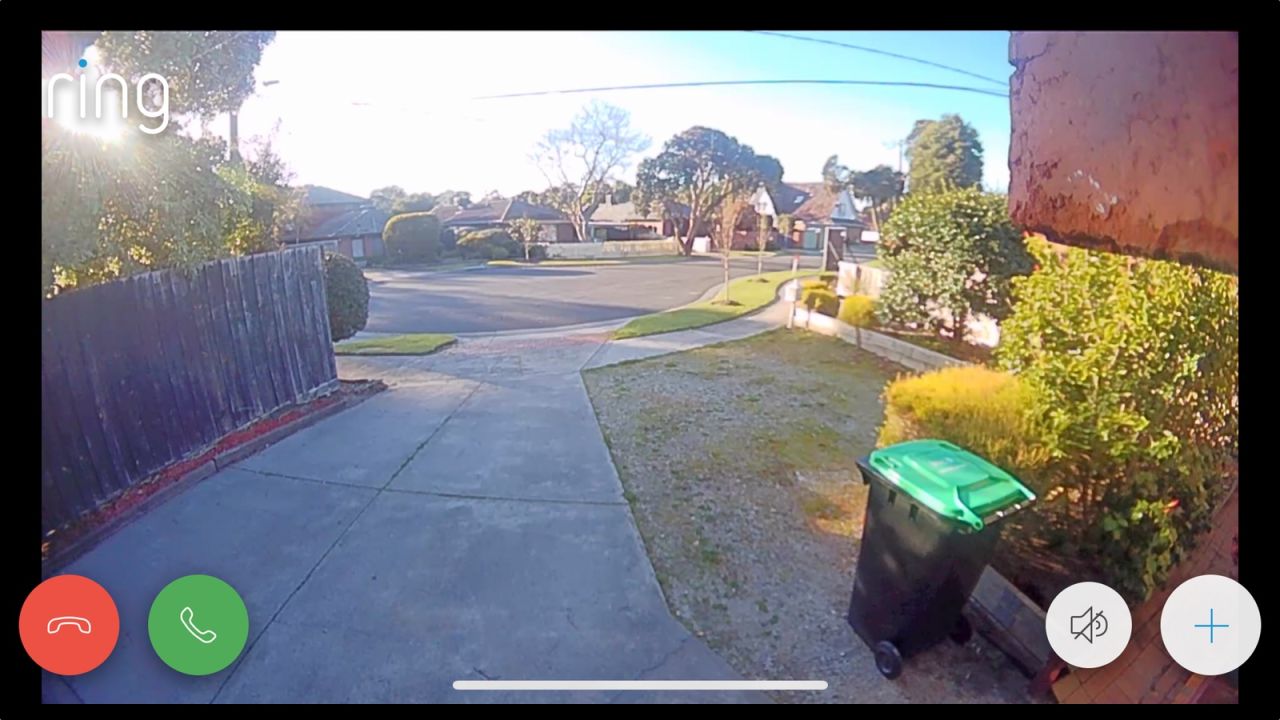 During installation I hit two hurdles. The first one had nothing to do with Ring but caused me some frustration. During the set top process, my internet connection dropped out. And while that caused me some frustration I’m a little surprised Ring’s set up process, which is managed through an app (I used the iOS version), didn’t simply tell me there was a connection issue. Instead, it put me in a loop where I was re-initiaitng set up mode over and over.

The second hassle came the physical camera installation. Ring supplies four screws and anchors so you can attach the base to a solid surface. As I was attaching the base to a timber beam on my carport I didn’t need the anchors. But the screws were so soft they twisted and snapped when going into the beams. Fortunately, I had some different screws handy that were up to the job.

While reaching alerts and being able to access a live view from the Spotlight Cam and the Ring Doorbell is great, the most important thing, I think, is having an archive of footage you can look back on in case there’s been an intruder on your property. Neither the Spotlight Cam or Ring Doorbell have any inbuilt storage or an option to add a storage card. In order to look back through past alerts, you’ll need to spring for a recording plan.

The Ring Spotlight Cam retails for $329. If you want a second battery, then you’ll need another $49, the optional solar panel costs $79 and an annual subscription to store footage from the camera costs $40 per year or $4 per month. That fee is per device but there’s also a $150 plan that covers an unlimited number of devices.

All of that makes for a significant investment.

I’ve looked at several other security cameras over recent months including the Netgear Arlo, Reolink Argus 2 and the Swann Smart Security Camera. Of the cameras I’ve looked at, the Ring Spotlight Cam has the most refined software and offers the easiest set up and ongoing usage experience.

There are less expensive cameras on the market but, as the saying goes, “If you pay peanuts, you get monkeys”. The Ring Spotlight Cam is a great option.