Everything Netflix Australia Is Deleting This Month [Updated]

When Netflix Australia launched in 2015, it promised that no content would be deleted month-to-month. Those days are now over. As licensing agreements begin to expire, more and more content is beginning to disappear from the service.

This month’s casualties include Rogue One: A Star Wars Story, American Sniper, Knock Knock, Children of Men and the critically acclaimed sci-fi series The Expanse. Watch them while you’ve still got the chance!

The following list – which comes courtesy of the New On Netflix website – consist of third-party content that Netflix pays a licencing fee to show on its streaming platform. (Netflix Originals aren’t going anywhere, thankfully.) Included below are the dates when these movies and TV shows are slated for deletion – so make sure you watch them before the nominated cut-off. 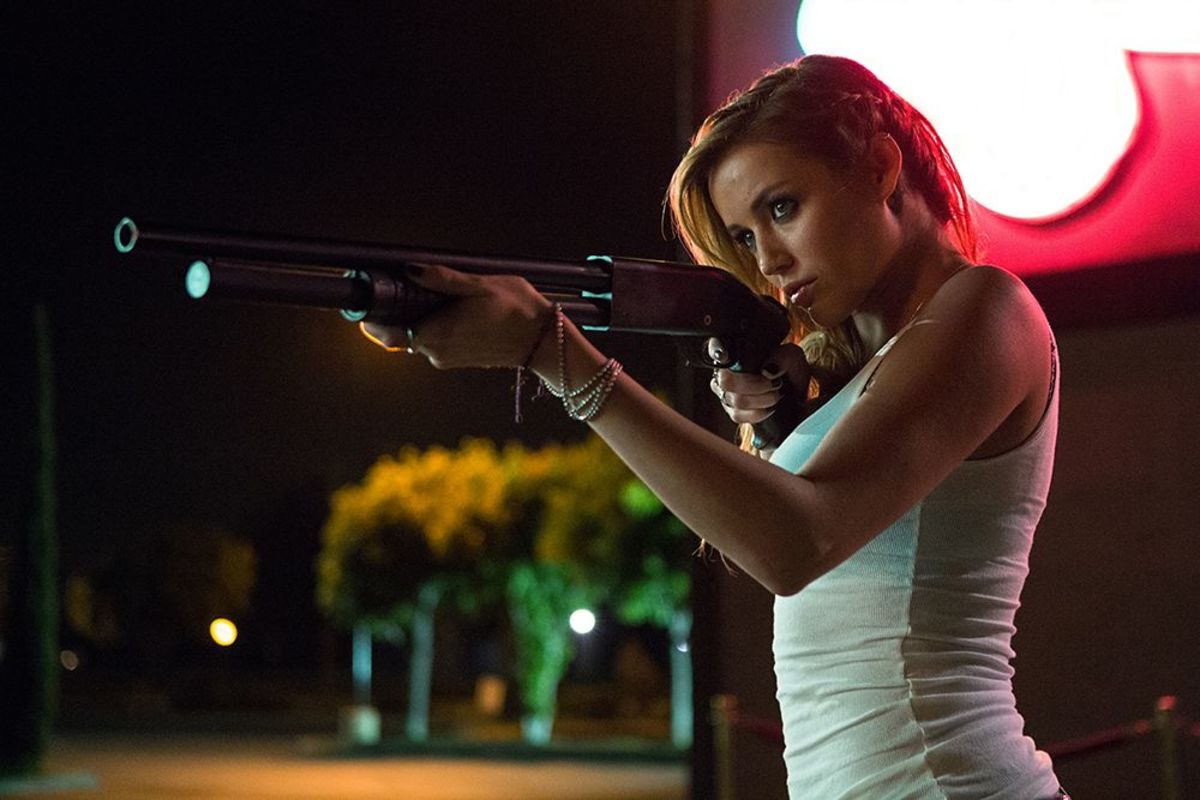 Some heavy hitters will be bidding adieu to Netflix users this month, including Rogue One: A Star Wars Story. We’ve included a synopsis for each title so you can decide what to prioritise.

When Kate and Abby are mistaken for famous art thieves, their fun night out quickly goes from good to bad.

The daughter of an Imperial scientist joins the Rebel Alliance in a risky move to steal the Death Star plans.

An alien on Earth loses the only device he can use to communicate with his spaceship. His innocent nature and child-like questions force the country to evaluate the impact of religion on its people.

“Better Off Single” is the NYC dating comedy that follows one man’s hallucination-fueled post-breakup quest to find new love…and himself.

Navy S.E.A.L. sniper Chris Kyle’s pinpoint accuracy saves countless lives on the battlefield and turns him into a legend. Back home to his wife and kids after four tours of duty, however, Chris finds that it is the war he can’t leave behind.

A long-divorced couple fakes being married as their family unites for a wedding.

The leader of a drug cartel busts out of a courthouse and speeds to the Mexican border, where the only thing in his path is a sheriff and his inexperienced staff.

Disgraced Secret Service agent (and former presidential guard) Mike Banning finds himself trapped inside the White House in the wake of a terrorist attack; using his inside knowledge, Banning works with national security to rescue the President from his kidnappers.

A devoted father helps two stranded young women who knock on his door, but his kind gesture turns into a dangerous seduction and a deadly game of cat and mouse.

A loving father finds a clown suit for his son’s birthday party, only to realize that it’s cursed.

A trio of black female soul singers cross over to the pop charts in the early 1960s, facing their own personal struggles along the way.

Barney augments his team with new blood for a personal battle: to take down Conrad Stonebanks, the Expendables co-founder and notorious arms trader who is hell bent on wiping out Barney and every single one of his associates.

In 2027, in a chaotic world in which women have become somehow infertile, a former activist agrees to help transport a miraculously pregnant woman to a sanctuary at sea.

A young married couple’s lives are thrown into a harrowing tailspin when an acquaintance from the husband’s past brings mysterious gifts and a horrifying secret to light after more than 20 years.

A poor yet passionate young man falls in love with a rich young woman, giving her a sense of freedom, but they are soon separated because of their social differences.

A young woman with a mysterious past lands in Southport, North Carolina where her bond with a widower forces her to confront the dark secret that haunts her.

Three scouts, on the eve of their last camp-out, discover the true meaning of friendship when they attempt to save their town from a zombie outbreak.

Follows the true case of the infamous serial killer in the 1970s.

Following extraordinary and terrifyingly true tales of psychological manipulation, Dangerous Persuasions explores everyday people who were brainwashed into making remarkable sacrifices and committing unthinkable acts. Through intimate, first-person accounts, each episode details the stories of people who were lured into a web of deceit and lost themselves along the way.

Kathryn Vale (Lena Olin) is a reclusive ex-movie star with a dark secret and a daughter hoping to follow in her mother’s movie-star footsteps. When Kathryn attempts to make a career comeback, she is threatened by an anonymous blackmailer. The resulting events force Kathryn to confront the truth about herself and those around her.

After meeting her Knight cute handsome boy Played by ( got7) and have her dream full of romance and pain this happened after the death of her mother.

A group of delinquents are sent to clean the Blackwell Hotel. Little do they know reclusive psychopath Jacob Goodnight has holed away in the rotting hotel. When one of the teens is captured, those who remain – a group that includes the cop who put a bullet in Goodnight’s head four years ago – band together to survive against the brutal killer.

Tells the tale of an enraged mother who exposes her baby-daddy to the DEA; a housewife with a serious gambling problem; a man with a duplicitous love-life; a best friend that steals both the job and the girl; and many other stories of deception. When the truth is revealed, only one thing is certain: two lives will change forever.

Netflix’s third-party TV shows aren’t particularly essential – but if you’re into true crime documentaries, reality TV cooking shows or My Little Pony, prepare for some disappointment. Oh yeah, and The Expanse is also disappearing, which doesn’t bode well for the latest season. Hopefully Netflix renews the licence in the weeks ahead.

On the plus side, plenty of new shows and movies have been picked up by Netflix to help fill the void – here are the highlights for September.