Microsoft Office 2019: Everything You Need To Know

If you’re curious about this new version of Microsoft Office, we’ve put together this guide to answer the biggest questions about Office 2019, such as how it differs from Office 2016 and Office 365, what features are (and aren’t) included, and when you can actually use it.

Microsoft Office 2019 is a standalone, local (not cloud-based, like Office 365) version of the Microsoft Office software suite. It is a “perpetual” release, which is just a fancy way of saying you buy the software once and own it forever, rather than having to pay an annual subscription fee to access it.

That said, you only get a licence to use it on a single PC, whereas a subscription to Office 365 lets you use it on a PC, a tablet and a smartphone.

This new release updates and replaces the 2016 versions of Word, Excel and so on, and includes many of the new features that have been rolled out to Office 365 users over the past three years. We’ll get to those in a bit.

Lifehacker Pack For Windows: Our List Of The Essential Windows Apps (2018)

When is Office 2019 available, and how much will it cost?

Office 2019 is on sale now, but only for commercial-level customers. Availability will be rolling out regular ol’ customers like you and me in the coming weeks.

That also means we don’t yet know what the price point is for individual users, but Microsoft will likely have that info soon. Expect to potentially pay a bit more than what you’d shell out for Office 2016 (currently $199 for the “Home and Student” version), as Microsoft already boosted the price of the commercial version 10 per cent to account for its “significant value added to the product over time”.

What are the system requirements for Office 2019?

When a new version of macOS is released, Office 2019 for Mac’s Operating System requirement becomes the then-current three most recent versions at that time: the new version of macOS and the previous two versions. For example, at the time macOS 10.14 is generally available from Apple, Office for Mac will support macOS 10.12, 10.13, and 10.14.

What new features can you expect?

Here’s a quick rundown of the important updates Office 2016 users will see if they upgrade to Office 2019. 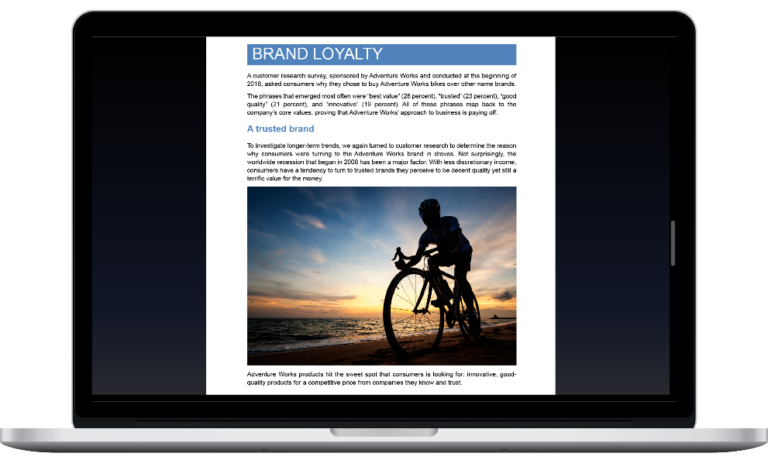 With Office 2019, Microsoft says it’s focused on helping you, well… focus better when writing in Word. To do so, Word 2019 will be getting the aptly named Focus mode, which darkens the screen and reduces the displayed UI elements.

Users will also have new “Learning Tools”, including new text-to-speech, text spacing and translator features. Mac users will also now have customisable ribbons (AKA drop-down menus) in their version of the Word interface.

Like Word, Outlook is also getting a new focus mode, called the “Focused Inbox”, to help streamline workflow and email drafting. Users can now use “@” commands for tagging people in emails, and contact cards have been overhauled. 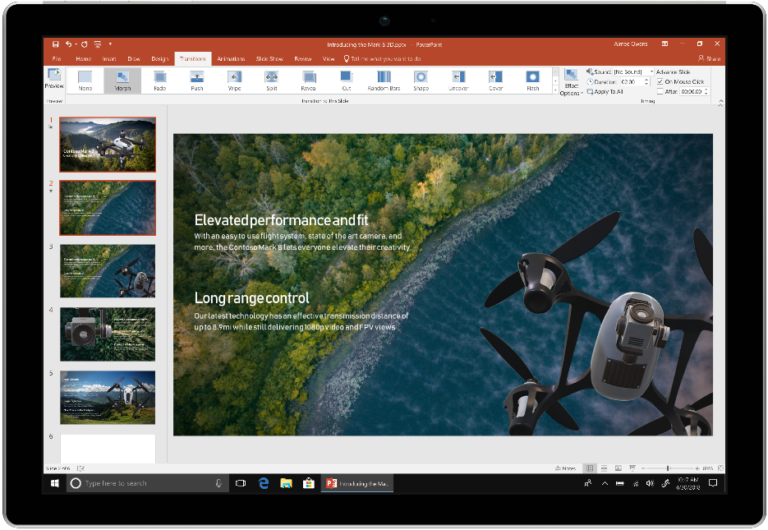 The changes for PowerPoint are all about enhanced media and visual element support in presentations. The notable additions here are support for 3D model display/manipulation and SVG files on slides, new morph transitions, the ability to export your presentation in 4K UHD video format, and you can now write by hand and move elements with your pencil while editing.

OneNote is arguably the biggest change included in Office 2019. This is technically a new OneNote release entirely, one that can replace OneNote 2016 (though OneNote 2016 remains available and will be supported by Microsoft through 2025).

This new version, dubbed OneNote for Windows 10, includes Ink-to-Text support, meaning your handwritten words will be turned into typed text, plus better syncing between connected devices. 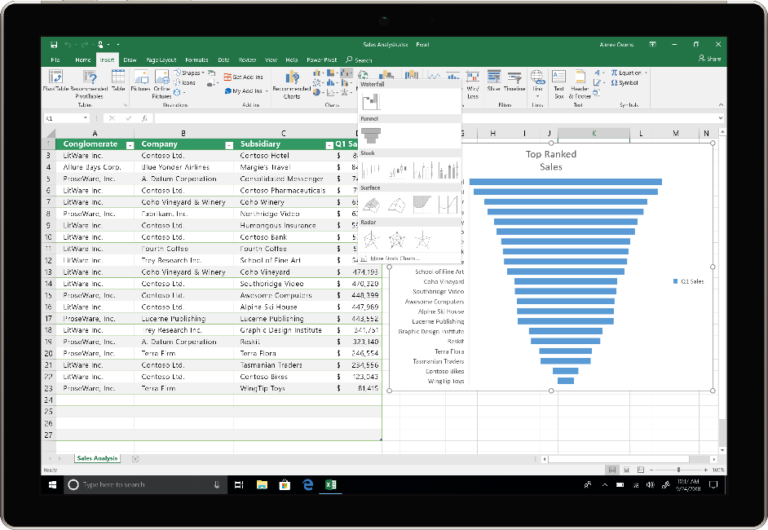 Finally, Excel gets a host of new functions — such as new formulas and chart options, and support for 2D maps and timelines — to better present and organise your data. PC users will also receive updates to Power Pivot, Power Query, and the ability to export to Power BI.

Better pencil support and other tweaks 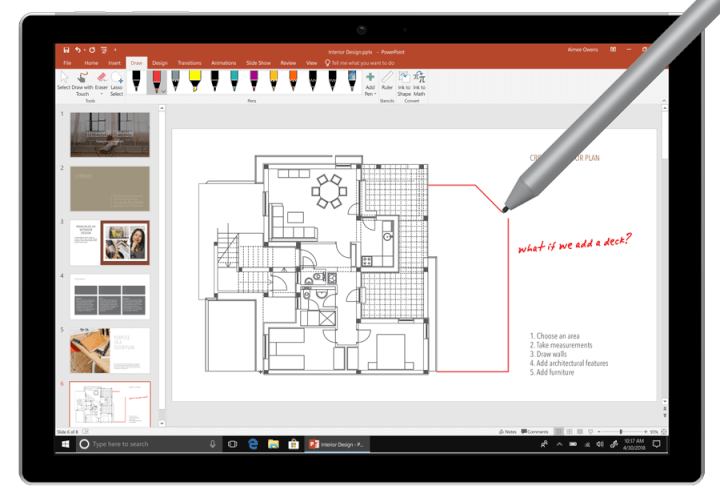 In addition to these program-specific updates, there are also changes that apply to all Office 2019 software. The most important of these is Microsoft’s beefed-up support for digital pencils, such as expanded “roaming pencil case” support, which lets users write by hand and move parts of documents with their pencil, as well as new support for pressure sensitivity and tilt recognition.

Office 2019 also comes with some behind-the-scenes changes such as monthly security updates and a reduction to network bandwidth use.

No. In a post announcing the software release, Microsoft makes sure to point out that Office 2019 is a standalone package of its software geared primarily towards private users and businesses who do not have the necessary internet access required to use the cloud-based Office 365.

Because of this, many of the features present in the Office 365 versions of these apps are not included in their Office 2019 counterparts, especially cloud-based and collaborative features.

Furthermore, Microsoft makes it clear that while Office 2019 will be receiving regular security fixes, it will not be getting expanded feature updates, while Office 365 users can still look forward to new and updated features through regular monthly updates just as they always have.

The bottom line here is that Office 2019 is not going to replace Office 365, and it really isn’t meant to. That said, regardless of the particular use case, Office 2019 still fills a crucial role and services a section of Microsoft’s customer base that may have felt a bit neglected since Office 365 took the spotlight.