I’m Jason Kottke, Creator Of Kottke.org, And This Is How I Parent 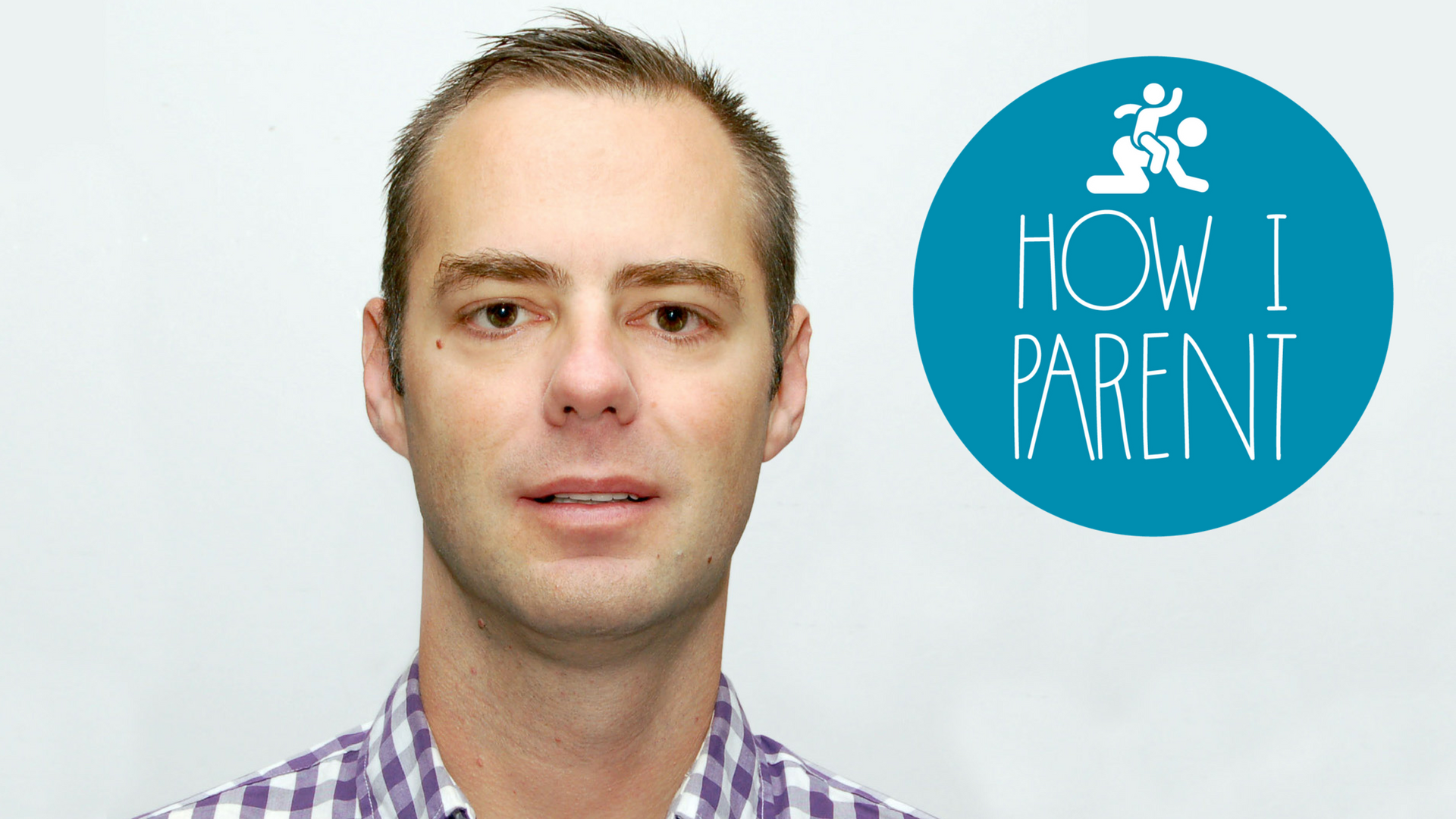 Jason Kottke knows how to find stuff that’ll make you stop, look and think. When you visit his blog kottke.org, you feel as though you’ve entered a rare hideaway on the internet — it’s a place to explore curiosities around the web that haven’t been shared 23 times on your Facebook feed. (Recent posts include the history and future of the hardware store, photos of Tokyo with a fractal lens, and the etymology of “orange”.)

Jason has two kids, Ollie and Minna. Here’s how he parents.

Job: I run a microscopic media empire at kottke.org.

Family: My son Ollie is 11 and my daughter Minna is eight. They split their time between their mum’s house and mine.

I’m not a goal-oriented person. I wasn’t one of those people who set out to have a certain career or X number of kids or whatever. I’ve always just followed my interests and made it up as I went along.

When we had our son, I thought, “OMG, maybe I should have thought about this a bit more,” but like most everything else, it has worked out just fine, wonderful even. 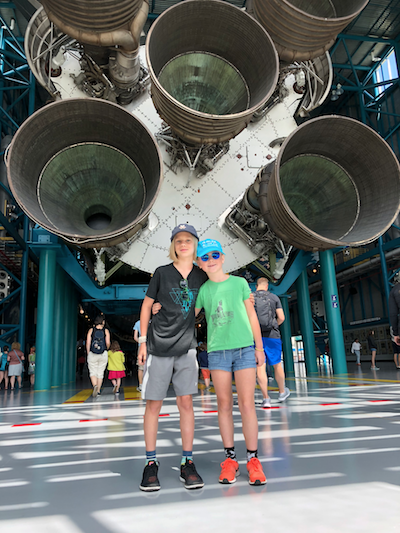 One thing we were very consistent about as parents is instilling a sense of independence into our kids. Even as infants, they were encouraged to self-soothe.

We let them do their own thing at the playground. If they fell down, we let them get back up by themselves. (Next time you see a little kid fall, if the boo-boo is minor, watch how they look for their caregiver before they start crying — their reaction is often based on how the caregiver reacts.)

They picked out their own clothes and dressed themselves as soon as they were physically able. We trusted them to stop running or scooting at the street corner. Minimal helicoptering.

Getting kids up and out is always tough, but their independence has paid dividends in this regard — they know what they need to do, how to do it, and usually (usually!) do it with minimal disruption and grumbling.

Has parenting changed the way you work?

I took two months off when my son was born and going back to work was difficult at first. But after about six months, I noticed that I was so much more productive, like I’d found a higher gear. I had X amount of hours during my week to work and the rest was for family. I realised I really had to focus.

On the flip side, being a parent of young children means that a large chunk of my brain is always occupied by them. It’s more difficult for me to truly lose myself in the creative flow than before Ollie was born. So there’s definitely been a trade-off between productivity and creativity.

I love reading to my kids. Or any kids, really. When Ollie was born, reading a children’s book aloud was one of the many things I’d never done, and the first time I read to him, I felt like an idiot, like just super self-conscious.

But I grew to really love the performance, the interaction and the intimacy. One of the toughest things about separating our family was not getting to read to them every day.

Even now that they’re older, we still read before bedtime. We read the entire Harry Potter series together (including the published script for The Cursed Child and the Fantastic Beasts screenplay). It’s one of my absolute favourite things I’ve ever done with them. Those books are a bonanza of interesting things to discuss.

Now we’re working our way through Emily Wilson’s translation of The Odyssey.

Reading a children’s book aloud was one of the many things I’d never done. But I grew to really love the performance, the interaction and the intimacy.

This past winter, Minna entered a free skiing competition at a nearby ski resort. Basically they send a bunch of kids down the gnarliest run on the mountain and judge them on how well they do. We took a practice run on the course together, took the lift back up, and because she was the third competitor scheduled to go, she hustled off to the starting gate with a friend.

The comp started and her turn came — and then went. No Minna. A few minutes later, she showed up sobbing to where I was watching. She’d missed the turn-off to the starting place and thought they weren’t going to let her compete.

She really wanted to do her run, so I checked with one of the judges and he said that she could go out of order. So we skied down and hopped on the lift. 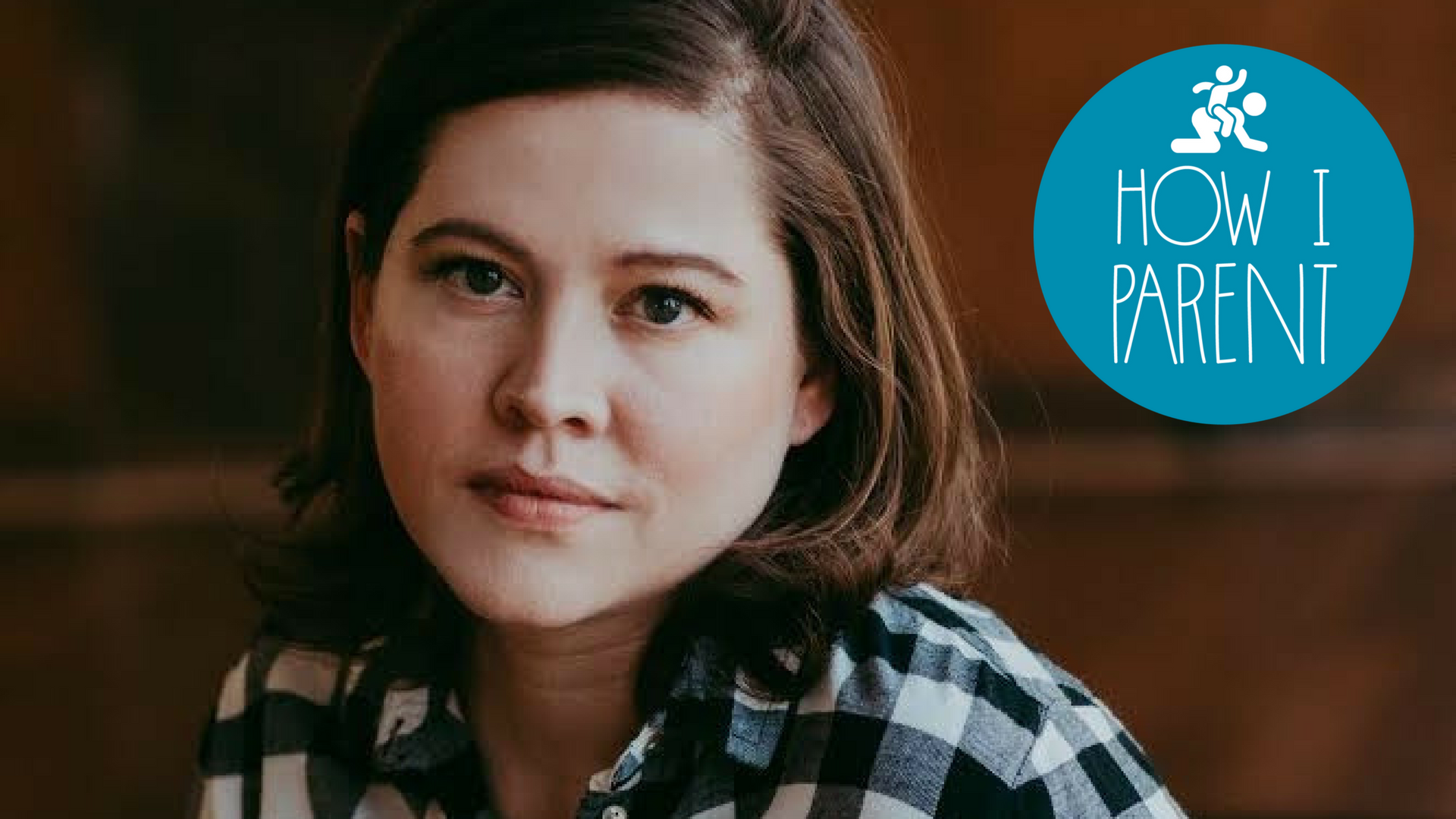 I'm Writer Laura June, And This Is How I Parent

In her new memoir Now My Heart Is Full, Laura June writes about how becoming a parent has helped her make peace with the memory of her own mother, her mother’s alcoholism, and their difficult relationship. Here, she talks about life with her daughter Zelda, from her belief that babies sometimes need to be left alone to the way motherhood has made her more creative than ever.

She was still upset and sniffling on the chair and I asked her, “Can you still visualise the line you’re going to ski? Can you see it?”

“Sort of…” came the tentative reply from the usually quietly confident little girl.

I thought, “Shit, I don’t know if she can steady herself in time.” So we took a little timeout. I pulled my phone out and put on a couple of her favourite songs. We looked at the course from the chair and watched a couple of the other competitors go.

By the time we reached the top, Minna was her usual bubbly self. I watched her run and met her at the end of the course, both of us tired and happy.

At the awards ceremony at the end of the day, when they announced that she’d placed first in her age group, I nearly burst into tears. I’m so so proud that she was able to fight through being upset and ski so well.

In the early days of parenthood, I let anxiety, impatience and anger get the better of me more than I would have liked. It resulted in a lot of unpleasantness that I am still, years later, ashamed of.

I still struggle with these issues, but my reactions to them have changed with the help of therapy, study and lifestyle changes.

Be fair. Be curious. Never stop learning and growing. That there’s something interesting about absolutely everything and everyone… you just have to keep digging.

We have a music playlist that we listen to constantly in the car called “Car Tunes” with songs by Prince, The Beatles, Janet Jackson, Nirvana, Nicki Minaj, Lorde, Deadmau5, Daft Punk and Stevie Wonder.

We do “Summer Olympics” events in the yard, including a timed sprint around the house. I am still faster than Ollie but he is steadily closing the gap.

In the spring and autumn, we head down to the river to skip stones and collect interesting rocks. There are a couple of good spots with flat water and flat stones that have become our go-to spots.

You’re always on. Becoming a parent means you are responsible, perhaps for the first time in your life, for someone else in an all-consuming way. The responsibility to your kids is different than the responsibility you might feel for your parents and siblings, your work, the relationship with your partner, your dog, your friends, or even yourself. This has always been the toughest part of parenthood for me to come to terms with.

That and applying sunscreen to toddlers.

What are some awesome things on the web right now for parents to show their kids?

This 20-year time lapse video of stars orbiting the supermassive black hole at the middle of the galaxy, this cross-section time lapse of a kidney bean growing into a plant, and Fire In Cardboard City.