I'm Caroline Ingeborn, President And COO Of Toca Boca, And This Is How I Parent

Ingeborn, who moved to the US from Sweden to help open the the company’s San Francisco office, believes the gaming space has a huge responsibility to create more inclusive products. She talks to us about balancing her career and being a mum to a toddler, with a new baby on the way. Here’s how she parents.

Family: Husband Gustav, daughter Teddie (two and ninth months), and it’s T-6 weeks to the arrival of our new baby!

I met my husband a long time ago, and both of us were very much focused on having fun in life, which included having rewarding careers. So there was never really a “good time” to have children.

We had been together for 10-plus years, and I was becoming older, so I told him, “I know now isn’t a good time either, but kids aren’t something you can control for, and if this is something we know we want in our lives, then we should just go for it. There’s never going to be a convenient time.”

So we decided to have kids, which I thought would take some time, but luckily it all happened very fast.

When I was pregnant, we were in the middle of selling Toca Boca. I remember having second thoughts and crying to both my husband and to our co-founder, saying, “This is the worst timing ever,” and them saying, “No, there is no such thing as good or bad timing when it comes to kids.” Of course they were right.

My maternity leave was very stressful with selling Toca Boca and running around to meetings, but I would not have had it any other way. Being a parent is the one thing that trumps everything. 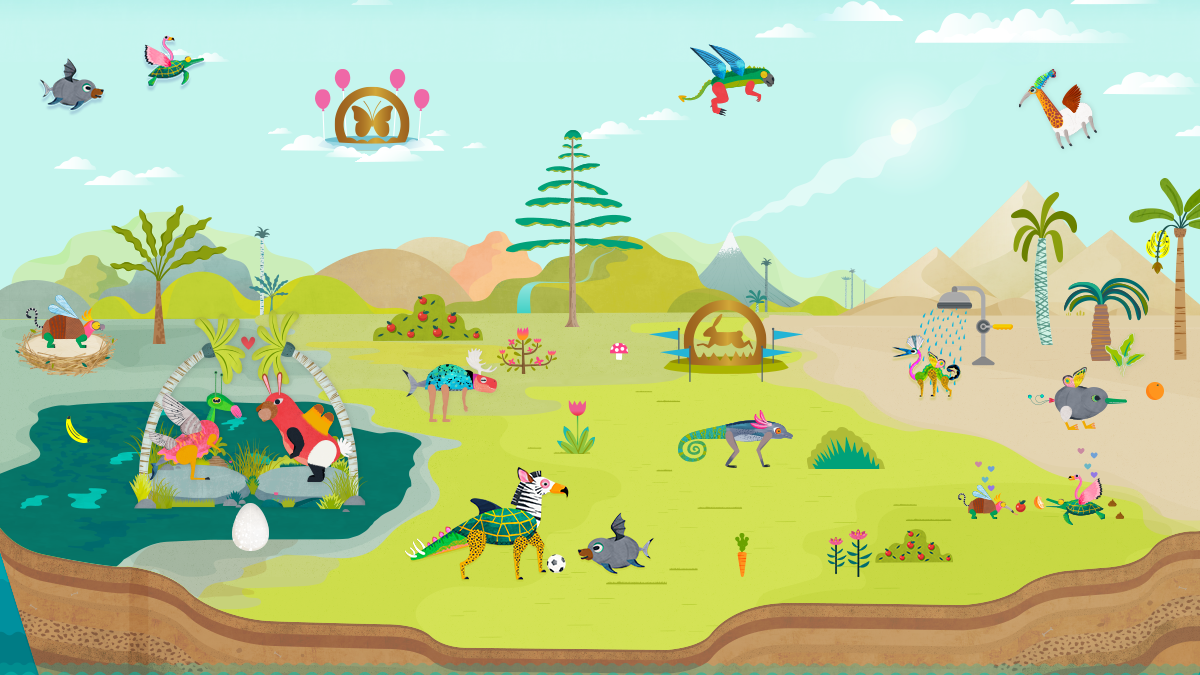 How To Find Apps That Will Engage Your Kids

Kids' tech has trapped parents in a perpetual state of uncertainty. New stuff comes out faster than we can determine its effect on young brains. Hundreds of thousands of apps are touted as educational, but what does that even mean? Reviews in the App Store or Google Play Store won't give you a straight answer. Oftentimes, the products with the most accolades are simply the ones that keep little Amaya or Hugo gloriously silent for the longest period of time.

At Toca Boca, we have a big studio in Sweden, so I’ll often have early morning calls. On the days when I have calls (which is about half of the work week), Gustav takes care of Teddie 100 per cent in the mornings. The other half of the time, I take her while Gustav goes boxing. So we split it 50/50 until our beloved nanny arrives.

However, this will change dramatically when Teddie starts preschool. To be honest, I’m really not prepared at all for how we’ll be doing that.

We get a lot of help. I cannot live without our nanny Tanya. She is like a real-life Mary Poppins. Not only does she create the most magical everyday for Teddie, she has also helped Gustav and me be much better parents. There is no one like her.

For work, I rely on Slack and WhatsApp. I couldn’t work without them, especially since we are constantly facing the time difference between our offices in San Francisco and Stockholm.

For family, I rely on Sago Mini World, some of our older Toca Boca apps for younger kids, as well as YouTube.

Has parenting changed the way you work?

Caroline with her husband Gustav and daughter Teddie. (Photo: Courtesy of Caroline Ingeborn)

Becoming a parent has changed the way I work dramatically. Before, I loved staying late at the office. That’s when it’s quiet with no meetings and you get so much done.

There is a lot I used to do that I just don’t do any more, to be honest. I’ve had to become much better at prioritising: Thinking about what it is that only I can do and no one else can.

I also try to make sure that I constantly hold onto tasks and projects that I’m passionate about. I’ve found it immensely important that I have passion in my work in order to stay in it and keep it fun. I’m lucky to work at a place that makes that easy!

I’ve had to become much better at prioritising: Thinking about what it is that only I can do and no one else can.

When I’m not travelling, most days I go home to Teddie at 5:00PM. By the time I get home, she’s eaten or she’s about to eat, and then after that, we play for a time.

She directs what we play with. Currently we are having jam sessions at home, where she decides who plays what instrument, and when you are allowed to play and not. I’m currently on the smallest drum and making very few, slow drum beats.

Then we take a bath. Sometimes, I take a bath with her. After that, she runs around naked for a while, which is usually around the time that her father comes home.

Then we put her into PJs, brush her teeth, and if we don’t have friends over, we have quite a long story time. She decides what we read and who reads it, and then after our lengthy story time, it’s lights out and she goes to bed.

Most days, I log back into work while Gustav makes dinner for the two of us.

I try to keep track of if I’m in a good place or not by observing my own actions. By doing that, it’s easy to see where I am, based on what I’m physically doing. If I find I need an adjustment, I try to figure out why, and adjust.

My daughter is very funny — she has a good sense of humour, and I love that. So I get a thrill every time she’s doing something silly or mischievous. Right now, she thinks it’s extremely funny to pull pranks, and I really love that.

I think that there is something to be said for growing up and believing, a little bit like Forrest Gump, that life is a box of chocolates and you never know what you’re going to get. It’s important to maintain an open-minded view of where life can take you. To see opportunities instead of hindrances, regardless of if you’re a boy or girl, or where you’re from.

That is something I’ve taken from my parents, who have been and remain a great example to me. I think if a child grows up believing and feeling that, it will set them up for an exciting life.

In Sweden during midsummer, you dance around a maypole. There are a lot of songs and you hold hands and dance around in a ring. My grandmother used to sing one of these songs with my brother and me when we were young at home in the kitchen. My husband and I have started doing this with our daughter, and she loves it.

Recently, she’s started leaving us hanging in the middle of it. The three of us would be singing — maybe in the airport or in the middle of the footpath — and she’ll suddenly stop so it’ll just my husband and I singing and dancing enthusiastically by ourselves.

Last week, the whole Toca Boca team spent the week in Lisbon, and we focused on play. There are so many reasons why kids need to play freely. One of our speakers talked about how play builds resilience, both among kids and adults, and how play helps us tackle new situations. I added resilience to my long list about why play is a force for good in the world, and how important it is for kids to continue to play as they get older.

Play is a force for good in the world.

Time is the trickiest part. It is finite. I always want to spend more time with my family, my friends, my health and my work. And somehow there are only 24 hours. It comes down to focusing on everything you do have time for, rather than the other way around.

There are two favourites for me: When Teddie wakes up, and when I come home from the office and she opens the door. When we see each other and are reunited — those are the best parts.

As a parent in tech, what are the guidelines around screen time in your house?