How To Get The Best Out Of A Trip To Disneyland

Lots of people, young and old, have a trip to Disneyland on their bucket list. If you’re my age, you probably grew up watching “The Wonderful World of Disney” on TV on the weekend. Or, if you’re younger, the steady stream of movies such as Beauty and the Beast, The Little Mermaid and The Lion King appealed to a new generation. And, then there’s Disney’s strategic acquisitions of Pixar, Marvel Studios and Lucasfilm which have brought another generation into the Disney fold. With all that and more, how do you get the most out of a trip to Disneyland. Here’s what I learned after a recent trip.

I’ve been to the original Disneyland, in Anaheim California, twice and Disneyland Paris once. So, my experiences are based on those visits. In particular, I’m focussing on the Anaheim experiences as I’ve spent a total of seven days there.

How Much Time Will You Need?

On my most recent trip, our family – me, my wife and four of our kids aged 8, 10, 16 and 20 – had a four-day Park Hopper ticket. That gave us entry into both Disneyland and California Adventure Park.

Even with four very full days, of arriving at around 10:00AM and leaving after 10:00PM we didn’t get to do every ride and see every single attraction in both parks. If you’re into roller-coasters and other rides, you’ll need to plan and, as we learned, getting in when the park actually opens, at 8:00AM, can make a big difference. And, on at leat one of those days, factor in an extra late night – the park closed at midnight on the days we were there during August – so you can watch the Fantasmic light and fireworks show which starts at 9:00PM with a second show at 10:30PM during the peak season.

We spent three big days at Disneyland and a day at California Adventure Park – our tickets allowed us access to both parks – and didn’t get to everything.

It may be tempting to stay at the Disneyland Resort but there are plenty of other options on Harbor Boulevard, the street that provide the fastest access to the Disneyland and California Adventure Park main entrances.

I’ve stayed at the Howard Johnson and Castle Inn and Suites. Both are within easy walking distance of the entrance. In fact, many of the hotels on Harbor Boulevard are closer to the entrances than the Disneyland Resort. We made the walk most mornings in under 15 minutes.

Entry tickets to Disneyland aren’t cheap. One day tickets vary in price seasonally between US$97 and US$135. There are also deals for between two and five days with the added bonus of Magic Mornings, when you can enter the park an hour before offical opening time.

Once you’re in the cost of food and drinks is a mixed bag.

We found the kid’s meal options at most of the restaurants and eateries to be reasonable. For under a US$10, kids received healthy options including fruit, real juice and non-fried options. Adult meals were more expensive but there were lots of healthy options along with the usual takeaway fare of all manner of fried things. Typical adult meals cost around US$15.

There are lots of water fountains and places to refill water bottles so I suggest carrying a water bottle for each person as bottled water was expensive at around US$4.50 for a 600ml bottle.

Souvenirs, toys and other items aren’t cheap. For example, you can build your own light sabre at the Star Wars store for between US$27 and US$60 depending on the style. Tee-shirts started at around US$25 but you can spend as much as you like on mementos from your visit. 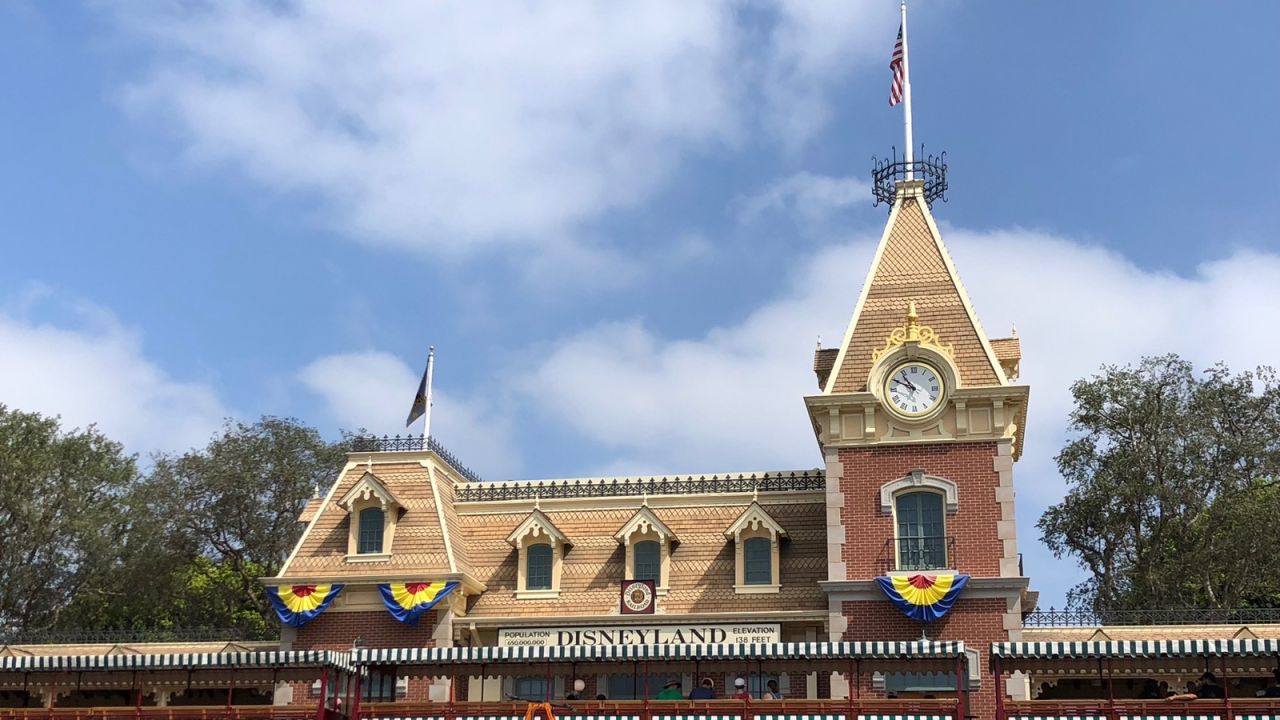 Be Prepared To Walk – A Lot

We averaged over 20,000 steps each day and spent the best part of 12 hours each day on our feet. Wear comfortable shoes.

Also, a couple of the rides, Splash Mountain in Disneyland and Grizzly River Run in California Adventure Park, will result in getting pretty wet. While our clothes dried quickly as we went during summer, wet shoes and socks took a little longer. I’d suggest packing a pair of thongs and swapping into them if you go on those rides.

Wait times on popular rides can be up to two hours. But many rides have a Fast Pass system that lets you reserve a place in the queue for a later time. There are machines that scan your entry ticket and give you a spot in the line later in the day.

When you’re arriving at the park, use the free Disneyland app to look at the wait times for the rides you want to go on. We found we could balance things by finding a ride with a long wait time and grabbing a Fast Pass and then doing a ride or two with a shorter wait. After about 11:00AM, there are very few rides with wait times shorter than 30 minutes.

The only hassle with the Fast Pass system was that unless you pay a daily fee of US$15 you can only hold one at a time.

With wait times, the Disneyland staff do a really great job of keeping things moving. We were there on some very warm days and found that most of the queues were in shade much of the time. Also, the wait times were typically a little shorter that indicated in the app and on the signage.

One other thing about queues – entry into the parks is a two-step process. You need to go through a bag-checking station and the security staff were quite thorough, looking in every pocket and even inside purses that were inside backpacks and other bags.

Once you’ve been through security, you need to line up to get your ticket scanned to enter. We were photographed on entry on our first day to ensure we didn’t share our tickets.