apple watchfall detectionsmartwatchwatchOS
To sign up for our daily newsletter covering the latest news, hacks and reviews, head HERE. For a running feed of all our stories, follow us on Twitter HERE. Or you can bookmark the Lifehacker Australia homepage to visit whenever you need a fix.

One of the more eye-opening features Apple announced for its new Apple Watch Series 4 is the device’s fall detection feature. No, it can’t stop you from taking a spill, but your can help you more easily alert others that you need assistance if you’ve hurt yourself badly enough.

Here’s the kicker, though: If you trip and eat it right now, your Apple Watch isn’t going to alert anybody, not unless you’re 65 years old. Confused? Understandable.

As it turns out, you need to set your age in Apple’s Health app so that you’re at least 65 years old. If you do, fall detection kicks in automatically on a paired Apple Watch Series 4 device. Kiss the ground, and your watch will ask you if you’re OK: 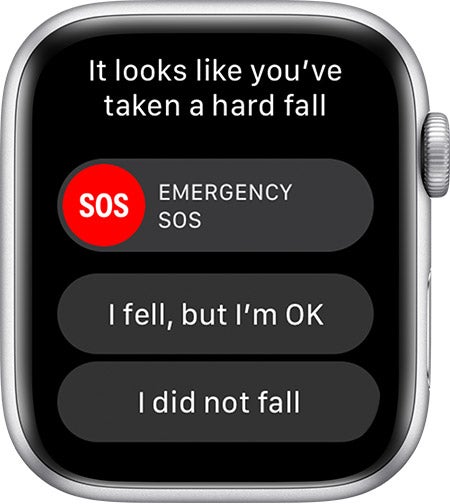 If you take a hard fall and your watch detects that you aren’t moving, Apple describes how your device will get a little more frantic:

If you are spry and young and not 65

Strangely, your brand-new Apple Watch doesn’t have fall detection turned on by default. I understand that it’s probably much more of a useful feature for older people than younger people, but if you get knocked out from a fall, there’s no reason why your smartwatch shouldn’t be able to help you out.

And if you just bought your older loved ones their first Apple Watches, and they’re merely 60 years old, you might assume they’re protected by this fancy feature when, in actuality, they are not.

Turning on fall detection isn’t difficult. Just pull up the Apple Watch app on your iPhone or iPad. Scroll down to “Emergency SOS”, tap it, and flick the digital switch to enable Fall Detection.

What’s annoying is that Apple doesn’t prompt you to do this during any part of setting up a new Apple Watch, nor would you probably think to look there and do that (unless setting up an emergency contact on your device is one of the first things you do with it.)

And that reminds me — set up an emergency contact in the Health app, if you haven’t already, so your device can make the most of Fall Detection.