The new iPhones may have been the main event of today’s Apple product launch, but the Apple Watch Series 4 also made quite the impression. One of the standout features is the new heart-monitoring hardware that allows the device to take an electrocardiogram (ECG) to monitor electrical activity in the heart.

There’s just one problem. We won’t be getting it in Australia.

Today, Apple unveiled all of its new devices for 2018. The event kicked off with the Apple Watch Series 4 - which gives a pretty good indication of how proud Apple is of it. Here are nine things you need to know about.

In fact, According to Mac Rumours this functionality will be limited to the U.S. models of the watches. Furthermore, it won’t even be available in the U.S. at launch. It’as apparently arriving via an update later in the year though.

Apple has been pushing hard for the Apple Watch ton be seen as a device that can be used for health as well as connectivity and even general exercise. So its unsuroprising that the ECG functionality was a huge highlight during the conference today.

It was talked up massively due to its ability to keep closer, more accurate eye on our hearts — including low heart rate detection and irregularities. Plus, it’s easy for people to do. All it requires is for a finger to be placed on the Digital Crown while the watch is being worn. Voila, they’ll have a read on their heart in 30 seconds.

The iOS Health app will then store the measurements, which can then be exported as a PDF for easy sharing with your physician if you so choose.

A big deal was also made about how it is the first device of its kind to be FDA approved. And this may be why us Aussies are going to miss out. Just because it’s fine to call the watch an ECG device in the U.S., doesn’t mean that it’s up to scratch in any other country.

To be fair, this is perfectly logical. You have to respect that different countries have their own regulations and approvals that are in place for the welfare of their citizens.

But from a selfish perspective that is acutely aware of how long things can take to get to Australia — this lack of functionality is disappointing. It’s not as if our more basic Apple Watches will be any cheaper. On the contrary, we’ll still be getting hit with the same import taxes that drive up the prices of all of our gadgets.

So yes, I get it. But I’m hoping that this will get rectified in the near future. 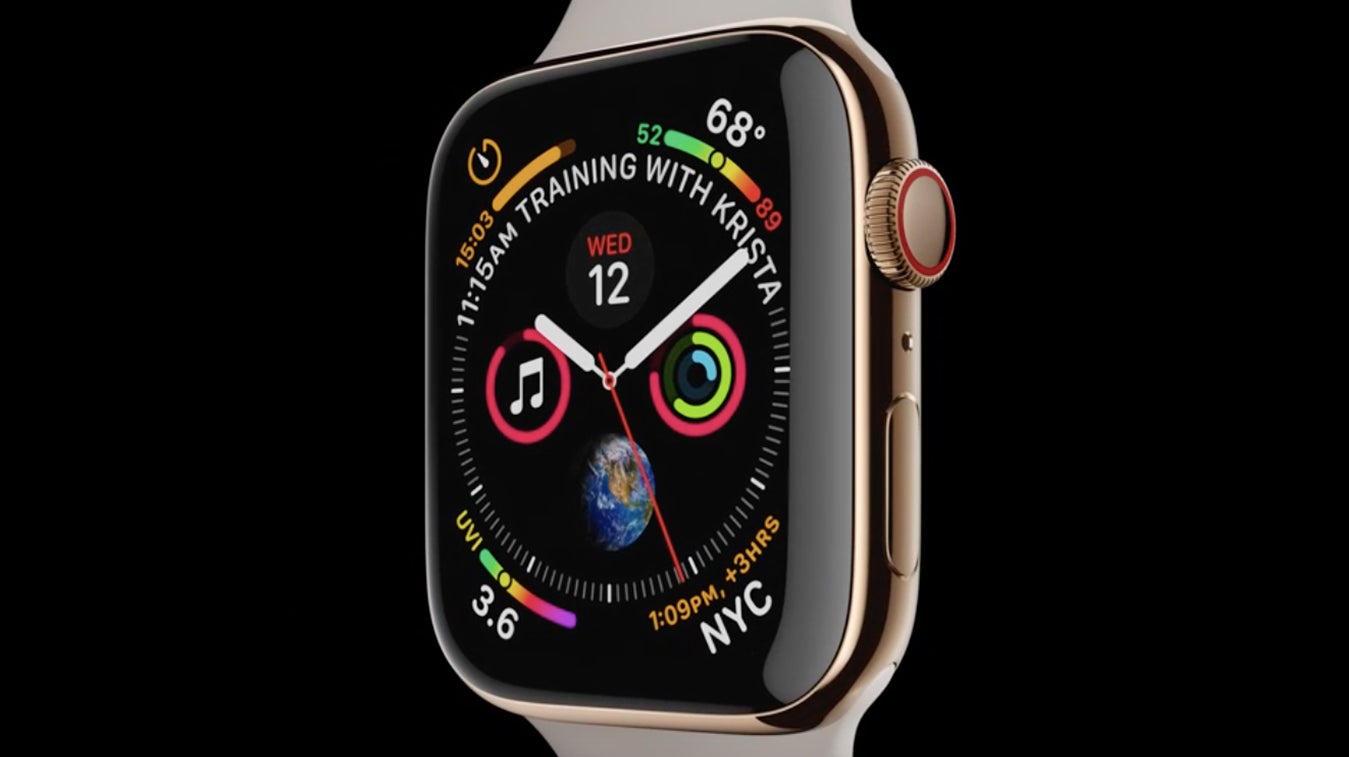 Apple Watch Series 4: Here's Everything It Can Do

Coming as a surprise to no one who eagerly scanned the countless leaks, today Apple revealed the fourth generation Apple Watch, which sticks with the wearable’s square-faced, minimalist form factor, but improves how much info can be squeezed on that tiny display, and the watch’s health-tracking capabilities.