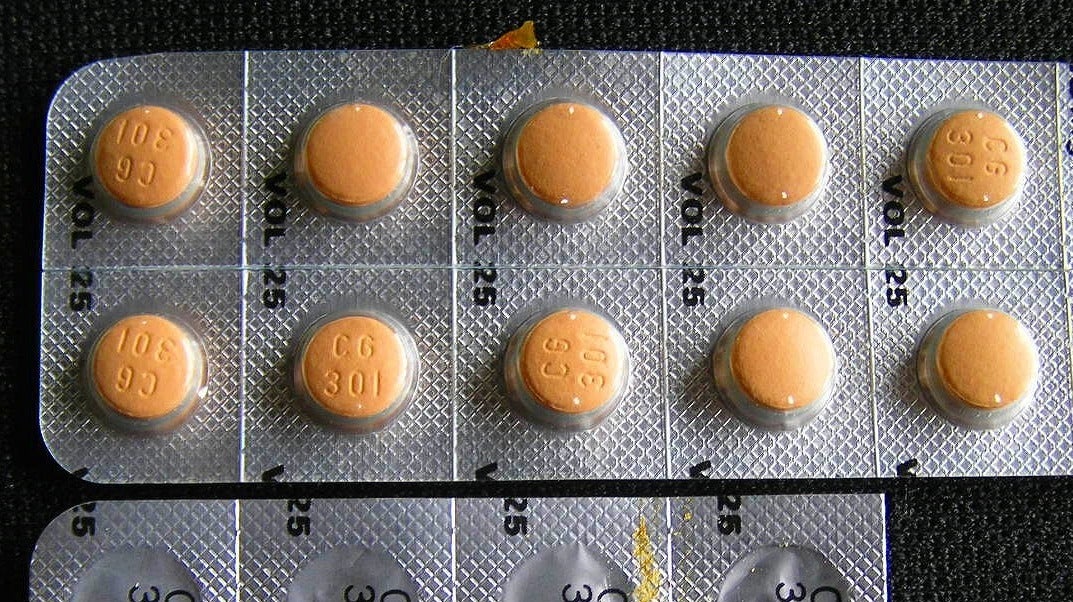 A commonly used painkiller might be too risky for people to keep taking, suggests a new study published this week in the BMJ. It found that people who use diclofenac, a non-steroidal anti-inflammatory drug (NSAID), are more likely to come down with cardiovascular disease than people who take other NSAIDs or acetaminophen.

Diclofenac is sold under various brand names, including Voltaren, Cambia, and Solaraze, both over-the-counter and via prescription. While the drug is perhaps not as well-known as other NSAIDs in the U.S., such as ibuprofen, it’s actually one of the most popular and routinely recommended drugs sold across the world, in both developing and developed nations. Diclofenac is categorized as an essential medicine in more than 70 countries, according to a 2013 study.

For years, however, doctors have been worried about diclofenac’s potential heart risks. Some research has suggested the drug could raise the risk of cardiovascular complications, similar to the now-withdrawn NSAID rofecoxib, otherwise known as Vioxx, which was pulled from the market in 2004, five years after it was widely approved. Because it would likely be unethical (and costly) to conduct the sort of large-scale randomised trial that could definitively confirm these suspicions, though, the Danish researchers behind the new paper opted for an unique sort of study.

Using national population and prescription drug registries, they were able to look at the medical records of over 6 million Danish adults from 1996 to 2016. Then they used this data to emulate hundreds of clinical trials at once. For example, they looked at people who reported taking diclofenac in 1996, then tracked their health for the next 12 months, while comparing them to people who either took other NSAIDs, acetaminophen, or nothing at all.

When all these simulated trials was averaged out, people who took diclofenac were 50 per cent more likely to have cardiovascular problems in the first 30 days after use than were people who took nothing. They were also about twice as likely to develop problems than people who took other NSAIDs or acetaminophen. The relatively increased risk was seen across the board, including in people who took a lower dose as well as those with no existing history of cardiovascular disease. Diclofenac use overall was also associated with a higher risk of gastrointestinal bleeding compared to most other NSAIDs and acetaminophen, but its risk was similar to the NSAID naproxen (commonly sold as Aleve).

“It is time to acknowledge the potential health risk of diclofenac and to reduce its use,” the authors wrote.

While the 50 per cent figure is scary-sounding, it’s worth keeping in mind the absolute risk is still fairly small. Out of 1,000 people who take diclofenac and are low risk for cardiovascular disease, the study estimated, four extra people would develop a major health problem within a year, with one dying as a result (compared to people using no drug). For people at high risk of cardiovascular disease, that number would shoot up to 40, with half dying.

The study also relies on observational data, so it can’t directly prove that diclofenac is causing problems. But given other research showing a similar heightened risk, the authors say it’s clear that diclofenac needs to be more carefully handled, if not phased out of use completely.

“Treatment of pain and inflammation with NSAIDs may be worthwhile for some patients to improve quality of life despite potential side effects,” they wrote. “Considering its cardiovascular and gastrointestinal risks, however, there is little justification to initiate diclofenac treatment before other traditional NSAIDs.”

They suggested diclofenac be banned as an over-the-counter drug and only prescribed with a warning label attached. Scientists should also avoid using diclofenac as a reference point to compare other NSAIDs and painkillers against in safety trials, given its unique risks, they said.