21 Movies That Are So Bad, They’re Perfect

We all have them. Our guilty pleasure movies. Movies we like that we don’t like to tell other people. Films that bring us unbridled joy while making others cringe in pain. Films so many people hate but you just, somehow, for whatever reason, love. This is my list.

Here are 21 movies that I’m embarrassed I like at all, let alone as much as I do, in alphabetical order. 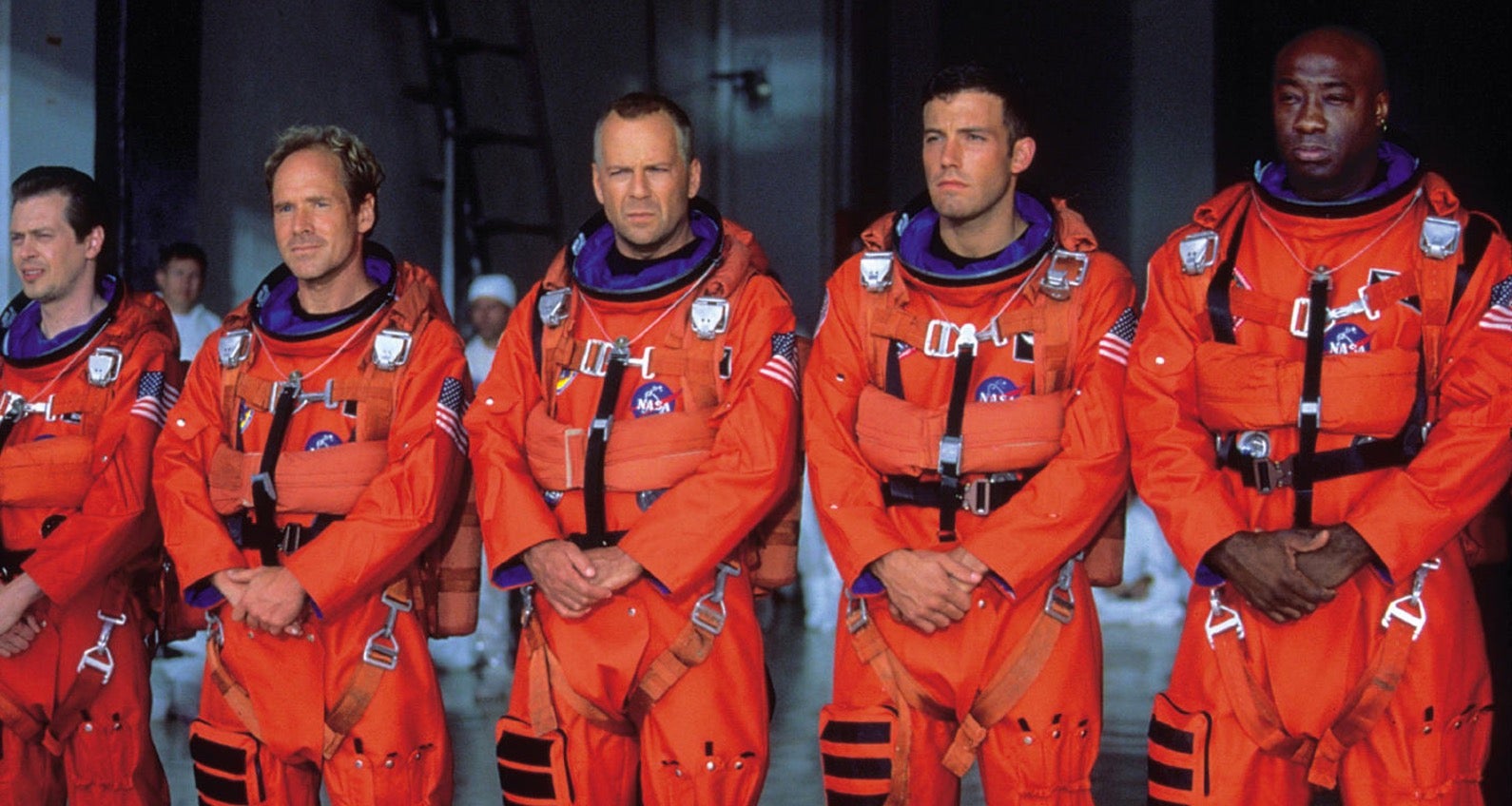 The team in Armageddon. Image: Touchstone

Michael Bay’s Armageddon was a massive hit. Everyone has seen it but few actually think it’s that good. I’m one of the believers. Sure, it’s ridiculous, overly-dramatic and predictable. But Bay delivers undeniable visual delights and includes hilariously over-the-top characters featuring one most impressive casts of the 2000s, inexplicably formed in the ’90s: Steve Buscemi, Owen Wilson, Ben Affleck, Peter Stormare, Michael Clarke Duncan, the list goes on and on. 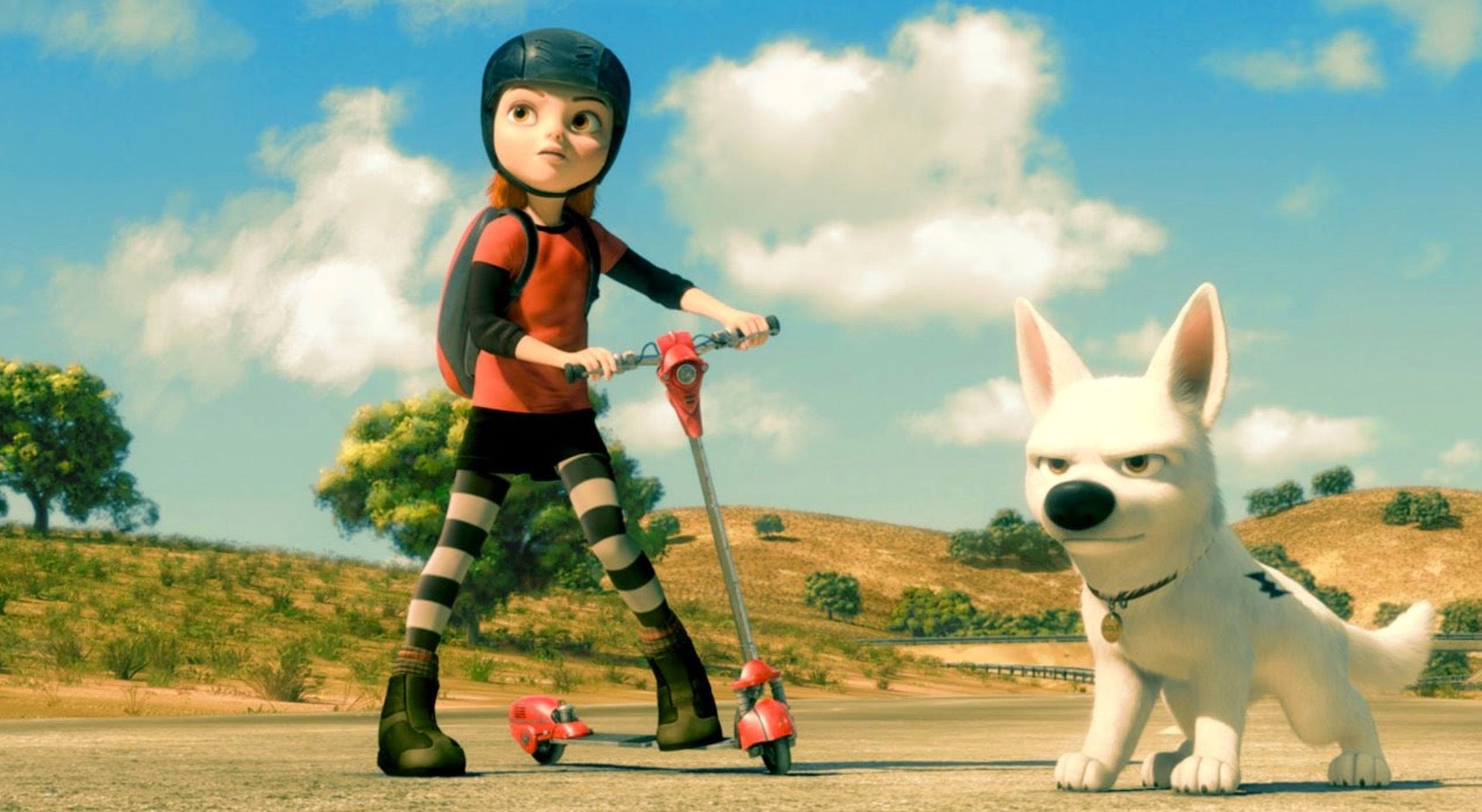 Bolt is about a dog who stars as a hero on his own TV show that actually believes he’s a hero. He then goes out into the world to realise he’s anything but. The characters are also voiced by Miley Cyrus and John Travolta. In my defence, it’s got some great action scenes, strong emotions and is a perfect example of a Disney Animation hitting their stride right before things really took off for them. This movie is highly underrated although it’s very embarrassing to say so.

We all know movies that are so bad they are good. But what about movies that are so bad, you can’t believe they actually exist? Cannibal the Musical is one of those. It was made by Trey Parker and Matt Stone when they were in college, and it absolutely feels like a student film. If you were watching it and someone walked in, you’d turn it off immediately. But the songs and storytelling, albeit crude, show all the genius potential they’d unleash in later years.

Read any ranking of Pixar films and it’s likely Cars 2 is near the bottom. I get that. Compared to most of the other films — and even the first Cars — it’s very straightforward and has almost no depth. But in my mind, Cars 2 is a badass spy action movie, a sort of Pixar James Bond movie. No, it doesn’t have the resonance of other Pixar films but it’s a hell of a lot of fun to watch. I agree it’s not Pixar’s best but hey, their worst is still better than most. 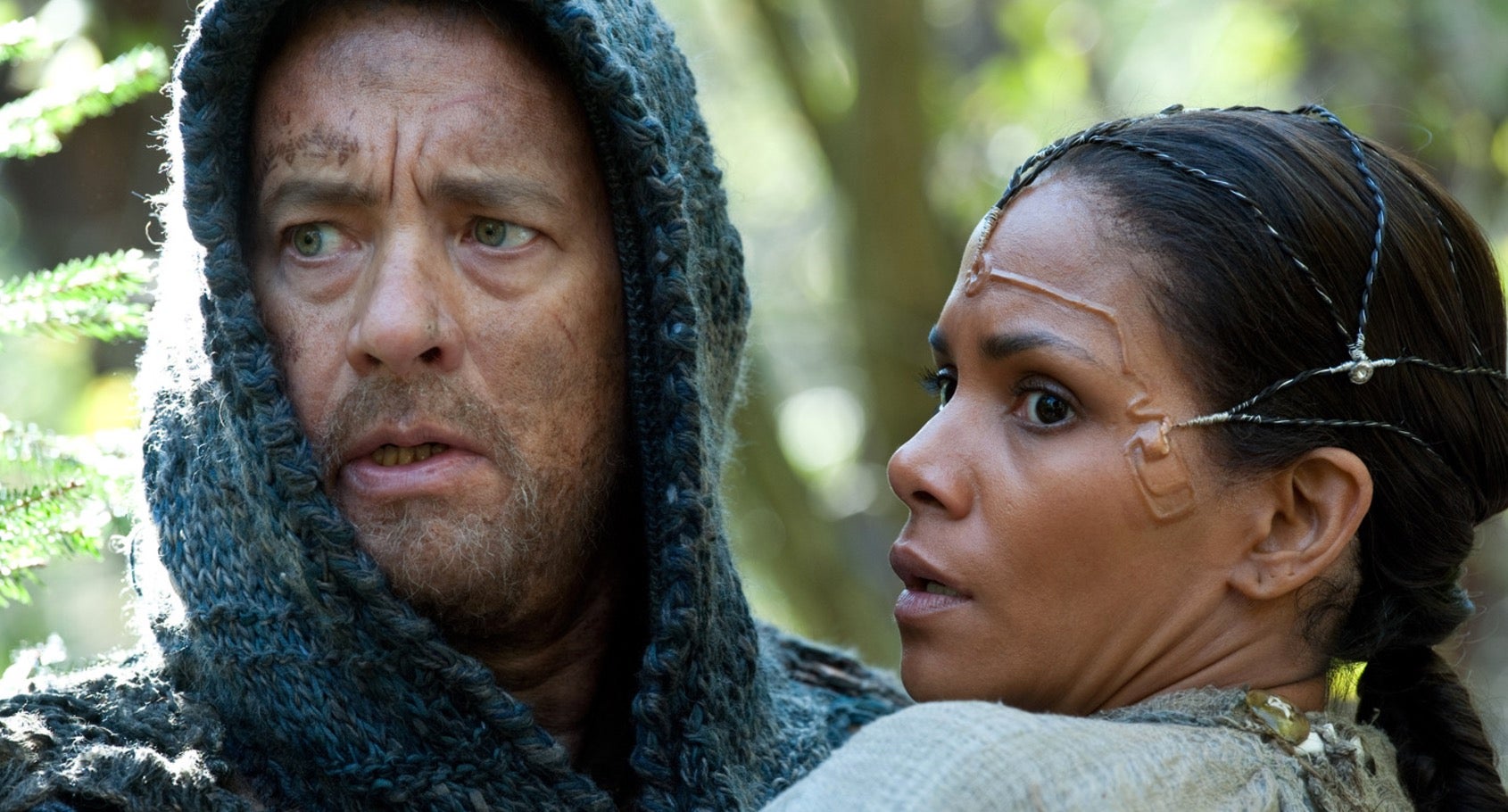 Cloud Atlas is a movie many hate, but those few who like it really like it. But I freaking love it. I think it’s a true masterpiece, a work of film perfection that should stand alongside the best films of Spielberg, Kubrick, and Hitchcock. Obviously, most people wouldn’t agree. Co-directors the Wachowskis and Tom Tykwer somehow make a film that links multiple stories over multiple timelines, all with the same actors, work in perfect harmony. I maintain the film is a Swiss watch that you have to watch over and over again to fully appreciate.

Jason vs. Freddy in Freddy vs. Jason. Image: New Line

I’m wrapping three films together here because to me, they work together in a very cool way. They also happen to largely get shit on by horror fans. I’m not a huge, huge horror fan by any means but these three movies, in my mind, handle Jason the way I always want to see him. These films are so, so aware of what they are; they don’t take things seriously and the payoff of Jason fighting Freddy was a transformative experience. I’d watch any of these movies over the rest of the franchise. 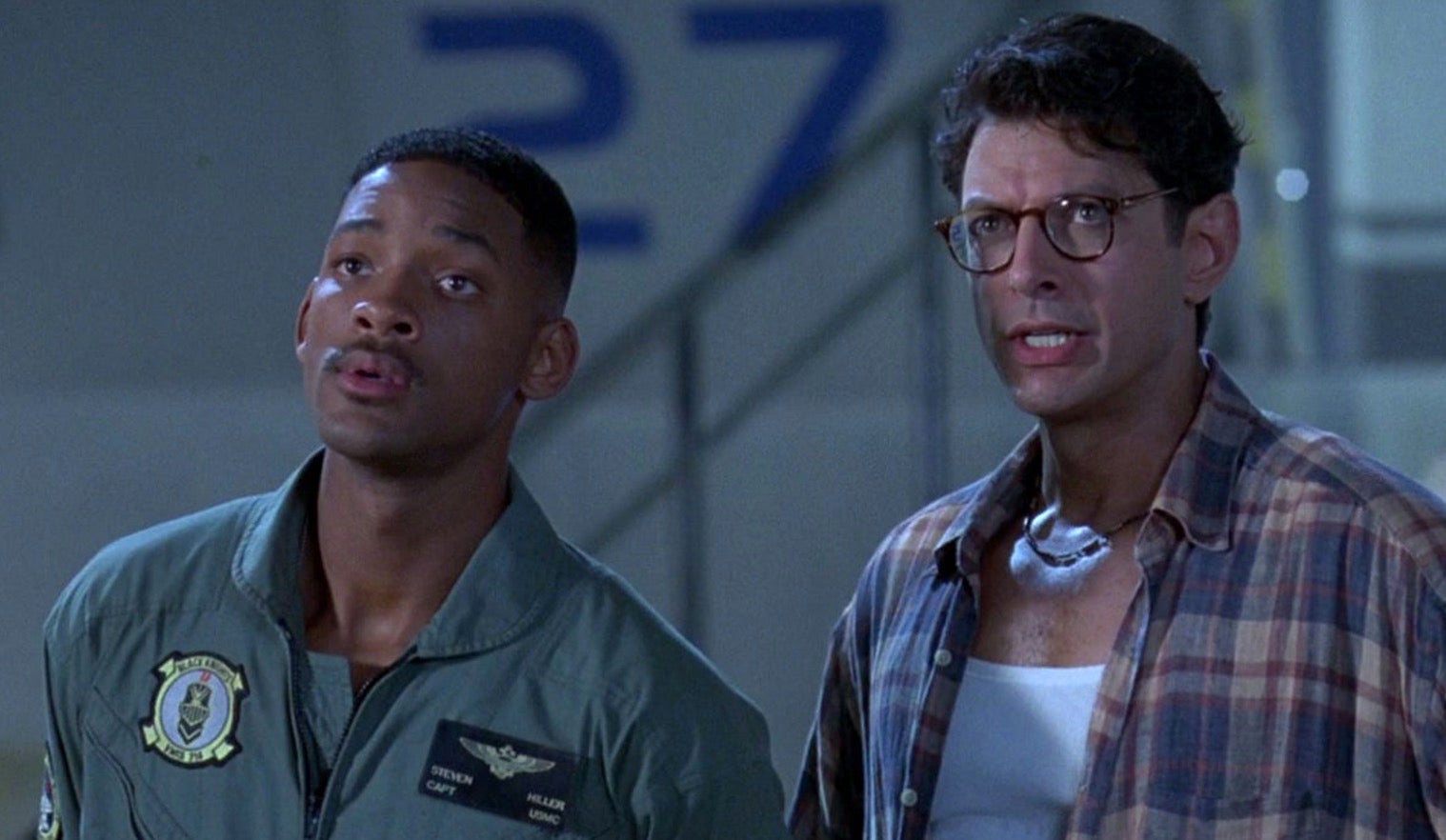 Again, this isn’t one I’m alone on. Independence Day was a huge hit and has a lot of fans, but it’s so cheesy and so stupid and oh god do I love it so much. I saw it in theatres four times when it came out in 1996. I saw it again before the horrible, horrible sequel. That’s too much, but I have no regrets. I admire it as a singular piece of entertainment. The story is so big and sweeping that, massive flaws aside, you can’t believe it’s all in one movie. These days, this one movie would have been a trilogy, and that economy of storytelling really just still speaks to me. I still watch this film whenever it’s on. 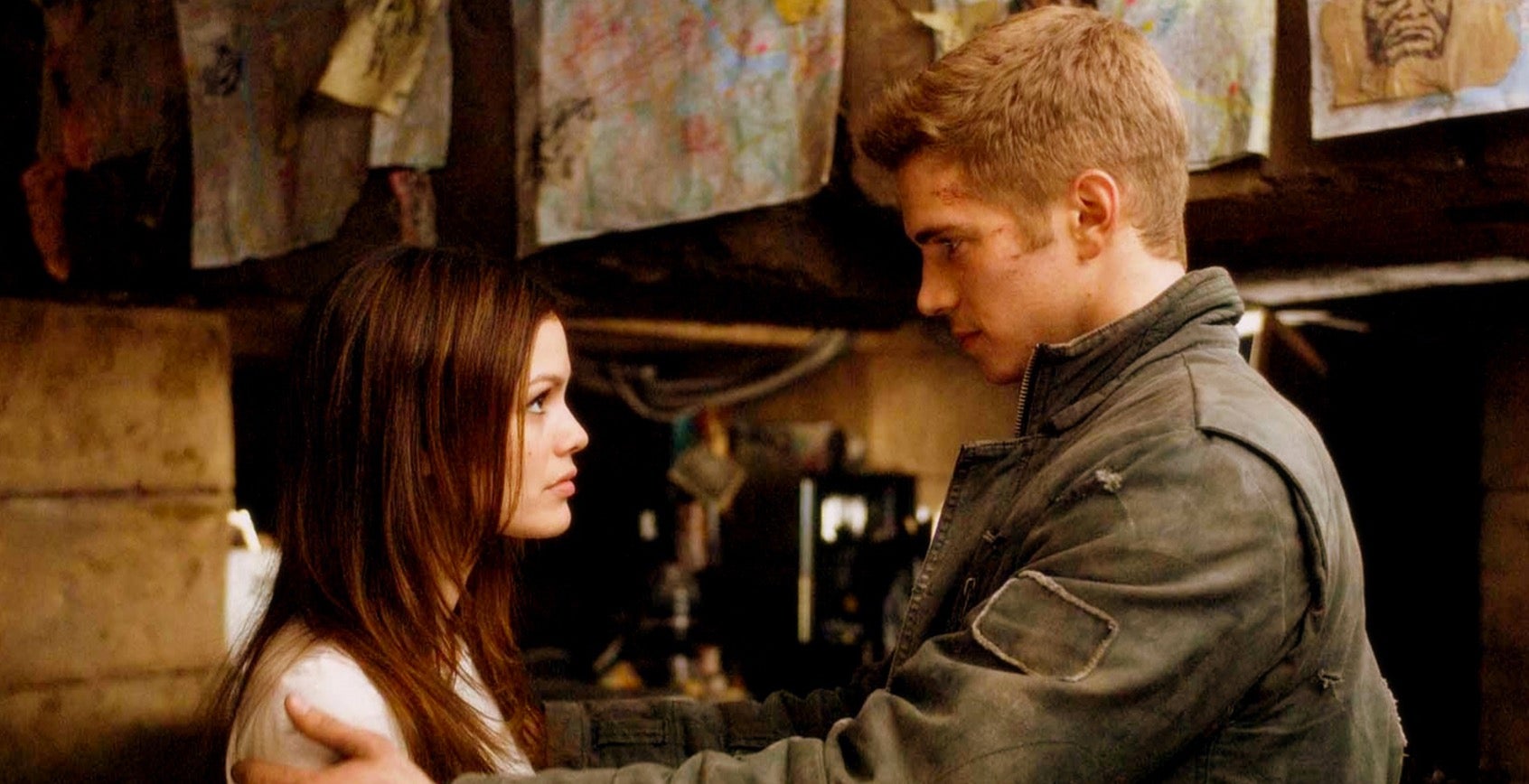 If these were ranked, this would probably be the most embarrassing film on the list. I mean, it kind of sucks; even I know that. It stars Hayden Christensen and Rachel Bilson, for crying out loud. But if you try and ignore the mostly wooden performances, director Doug Liman does impress with the film’s ultra fun concept, interesting action sequences, and plenty of dumb wish fulfillment. It’s a movie you watch and think, “This is bad, but watching it kind of makes me wish I was in this world.” And I’m ok with that. 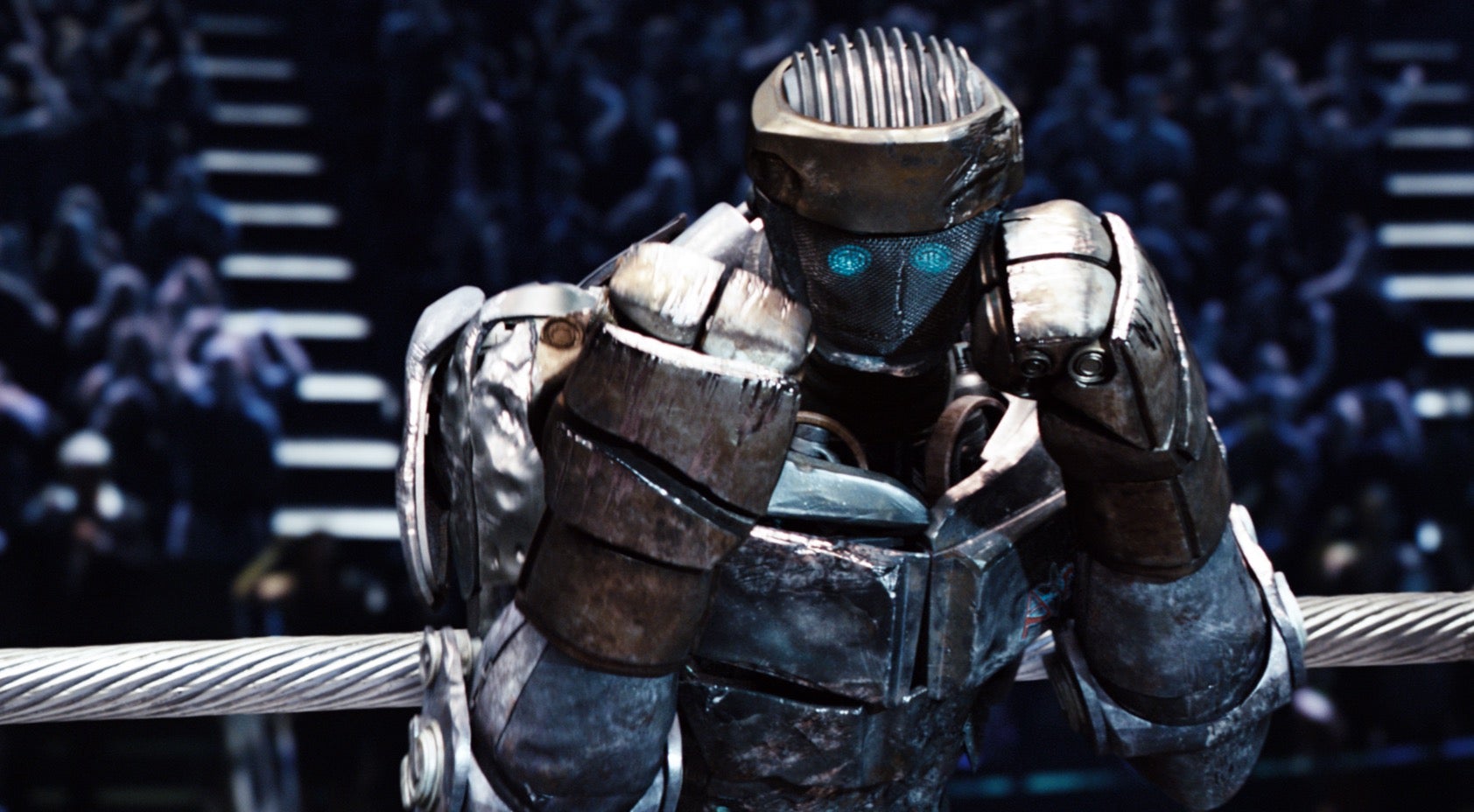 I love sports movies. I love robot movies. Put them together and, of course, I love Real Steel. That makes me part of a pretty small club. Admittedly, for a film about robot boxing, it’s incredibly melodramatic. But the effects are top-notch, as are the robot designs, and Hugh Jackman brings plenty of charm and star power to the film. It’s not Rocky, but to me it’s the Rocky of robot boxing movies. 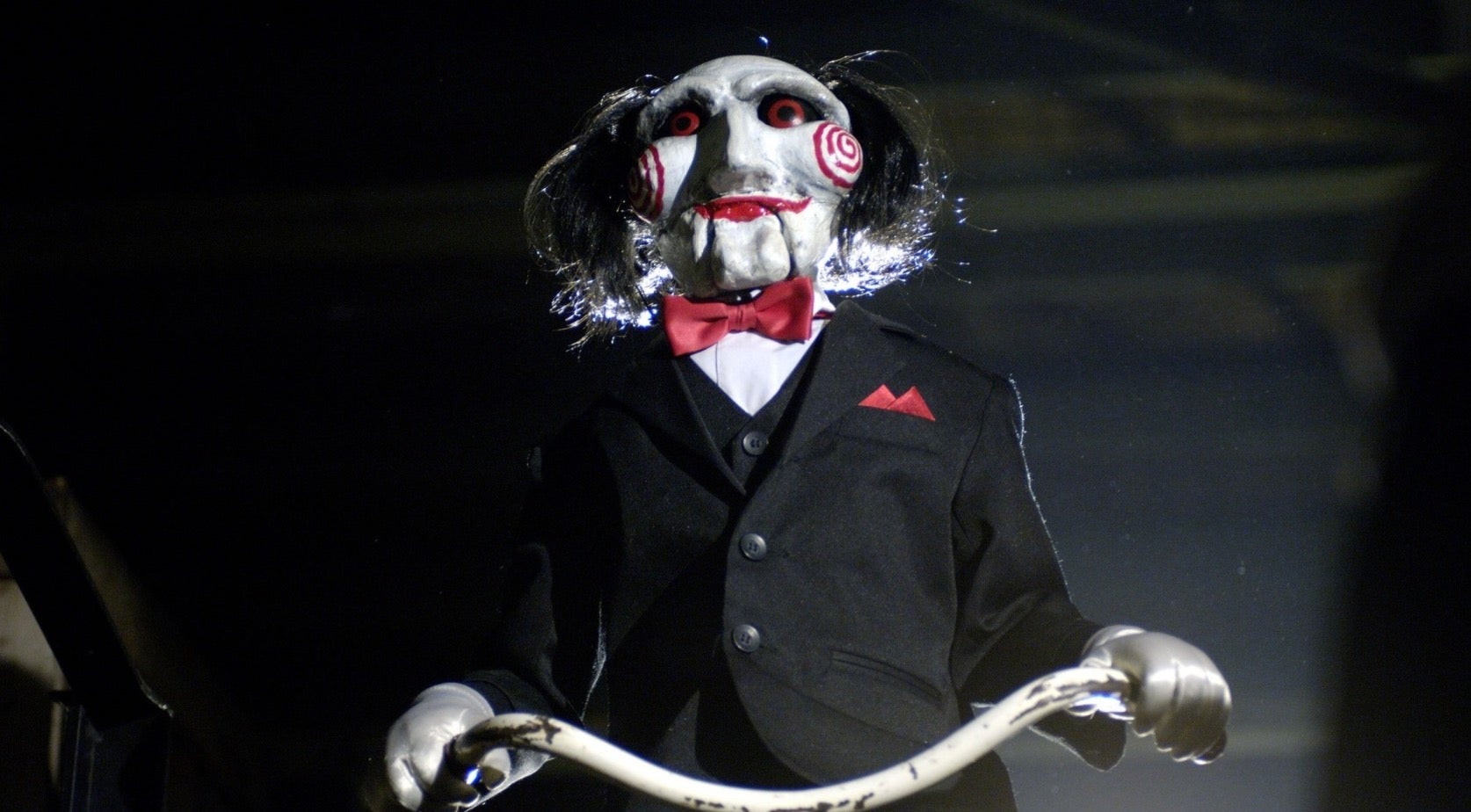 So far there have been seven Saw films, and excepting the first movie, almost everyone hates them all. Which, again, I get, but I feel like that’s because people are looking at them wrong. And maybe that makes me wrong, but here’s my view: I don’t think of Saw as a series of seven movies (with an eighth one on the way). I think of them as annual episodes of a long TV series. The way the films pick up exactly where the others left off, and sometimes fold up on each other, is just really great storytelling. Even if some of the “episodes” don’t hold up individually, taken as a whole, it works. Parts 3 and 4 are my favourite, but I’m going to count all of the sequels as movies I probably shouldn’t be admitted I like.

On the surface, Sky High may look like an ultra-glossy, made-for-Disney Channel movie about teen superheroes. This is almost totally accurate, which is why it’s been completely forgotten by the general populace, but it’s actually quite good. Kurt Russell leads a great cast (including an early, awesome performance by Mary Elizabeth Winstead) in what is basically a mash-up of The Incredibles and Harry Potter, which is just as fun as you could hope it would be. 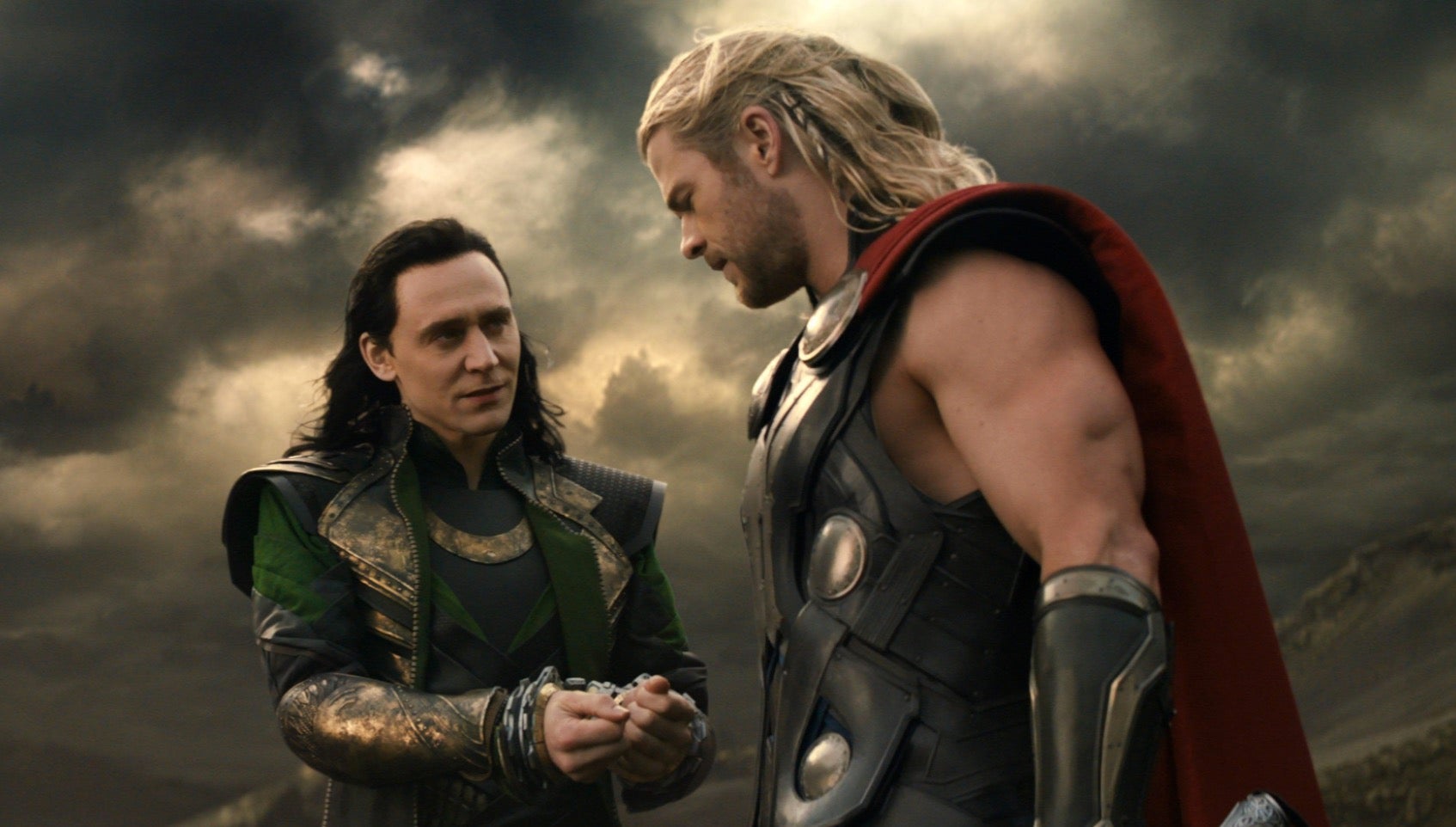 Loki and Thor in Thor: The Dark World. Image: Disney

Much like my Cars 2 entry, if you look at any ranking of all the Marvel films, odds are Thor: The Dark World will be near the bottom of the list. And like Cars 2, I get that, but I also find the God of Thunder’s second outing to be entertaining on every level. Tom Hiddleston and Chris Hemsworth have such great chemistry, obviously, and that alone makes this worth a watch. Plus, the set pieces are all majestic, it’s so funny, and the giant final battle in London (and across the realms) works extremely well. Sure, the villain Malekith kind of stinks and compared to the other Marvel movies, it falters, but I still like Thor: The Dark World for its pure entertainment value. 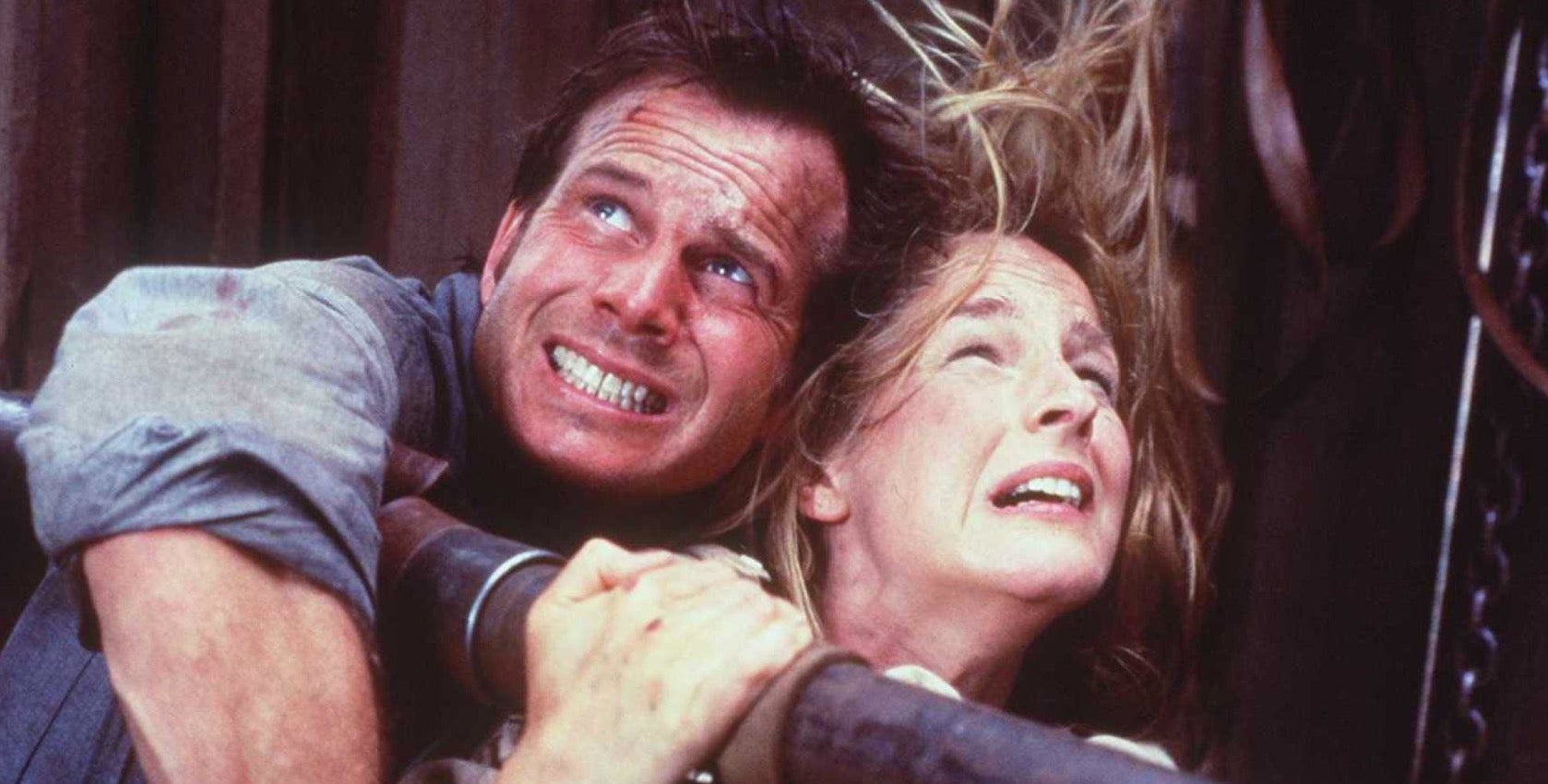 Like Armageddon and Independence Day before it, Twister is a movie with a lot of fans, but again, I love it to an embarrassing degree. Do those fans watch it every time it’s on? Sing the Van Halen song featured in it? Quote the movie like Mystery Science Theatre 3000? Well, I do, and I’m only marginally afraid to admit it. Twister is just so freaking goofy. Everyone in it (with the exception of Philip Seymour Hoffman) doesn’t seem to understand the tone, and that cluelessness works wonders. Plus, for the time, the effects are good and the music is constantly fantastic. It’s just one of those pedal-to-the-metal action films, which is why it’s still liked by many. I just like it way, way more. 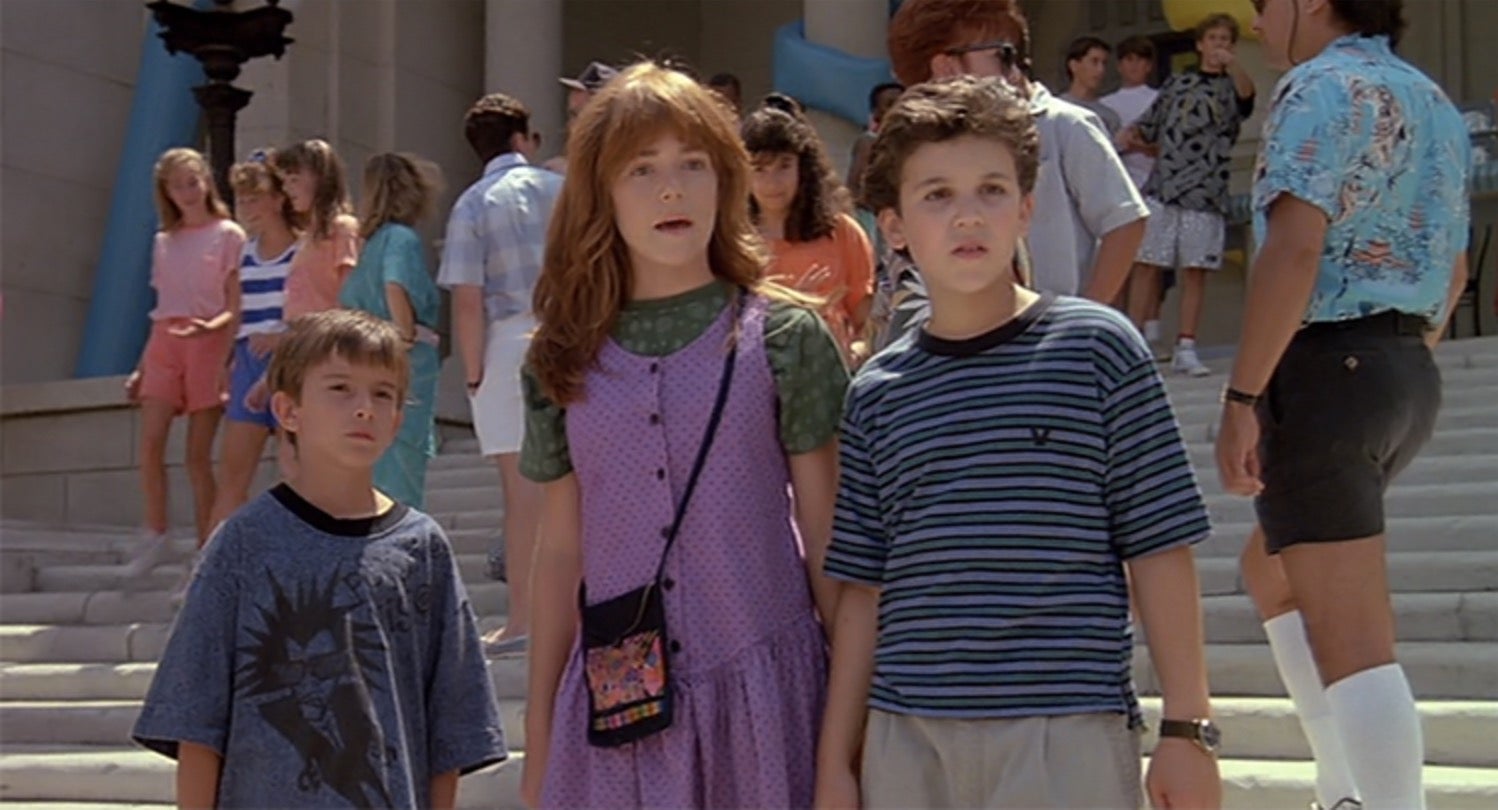 OK, so this isn’t exactly scifi but it still totally fits. You don’t say, “Hey, I love that weird one off Nintendo movie with Fred Savage” and get cool points most places, although some consider the movie a cult classic, if only for introducing the world to Super Mario Bros. 3. But I believe it’s also a dramatic, almost uncomfortable tale of a broken family. For a feature-length Nintendo commercial, it’s got some real meat on its bones. Watching it these days makes me feel a little awkward but that actually makes it much better of a movie. Plus, the main kids are great and all the video game scenes still rule.

And don’t forget, this is just limited to movies in io9’s wheelhouse — this list would probably triple otherwise. So, what about you? What movies are you embarrassed to admit you love — or love way too much? Don’t let me be the only one going out on a limb here!