The Antidepressant Side Effects No One Tells You About

Antidepressants are important, often lifesaving drugs, but there is a cost for their effectiveness. The medications are dispensed with a fact sheet listing a whole host of potential side effects, many of which will probably be experienced at some point.

But sometimes more concerning are the weirder side effects that don’t get mentioned in any of the documentation. While these are generally common and known to both patients and doctors, you often don’t hear about them until you experience them the first time yourself.

Note: this article is not intended as medical advice. If you’re having problems with your medication’s side effects, please talk to your doctor. While many antidepressants have strange side effects, I only have experience with certain SSRIs so other medications may differ to what is mentioned here.

“Day 12, 5mg dose. My head is awfully heavy like I have stones inside.”

“All I do is sleep and eat. Mostly sleep. And the dreams are intense.”

“I’m at 2 weeks of 5mg and I just had what felt like a five hour dream, so intense, like being in a TV show.”

When I was first prescribed antidepressants I joined a Facebook ‘support group’ as the first of the side effects kicked in, keen to chat to my fellow sufferers to figure out what was normal and what should be considered concerning. I was warned by my doctor that I would likely experience some side effects for the first few weeks, and that it would take anywhere up to 10 weeks for the medication to start working properly. It was said in a sort of nonchalant way, however – you may get something, you may get nothing.

Turns out I reacted worse to even the low starting dose than either of us expected, thus taking to Facebook to assure myself that the nausea, headaches and crippling fatigue would eventually get better. I’m happy to say, a little over two months later, that they definitely do – but now that the initial wave of side effects has subsided I’m left with some puzzling phenomena not mentioned on any of the info sheets.

The list of common side effects isn’t too alarming, in line with most medication info sheets you might see:

Some, like the nausea and diarrhoea will only stick around for less than a week, while others like ‘sexual disturbances’ can last the entire time you’re taking the medication – the latter often a dealbreaker that causes people to switch or come off the medication.

The pamphlet doesn’t warn you of another common side effect, however, which often appears soon after your very first tablet. People taking SSRIs often describe vivid, disturbing dreams, dreaming more than usual and being unable to distinguish dreams from reality. I can still vividly remember the details of dreams I had all the way back in the end of May when I first started on my medication.

Enhanced dreams might sound like, well, a dream to some, but there’s a certain quality to antidepressant dreams that I’d rather avoid. They can be hyper-realistic, with one member of the Facebook support group even describing dreaming the smell of dirt as she watched a serial killer go about their dark business. Others dream solely of realistic situations, workplace or family-related dreams that can cause anxiety even as the medication works to combat anxiety in waking life.

Certain antidepressants can disrupt REM sleep, leading to more remembered dreams after we wake up at the end of it. This explains the tendency to remember dreams more often on these medications, but doesn’t seem to account for the grim subject matter of the dreams. Even as my waking depression recedes, I’ve dreamed the deaths of a number of close friends and family members in the past two months, the kind of dreams that stay with you long past your morning coffee. 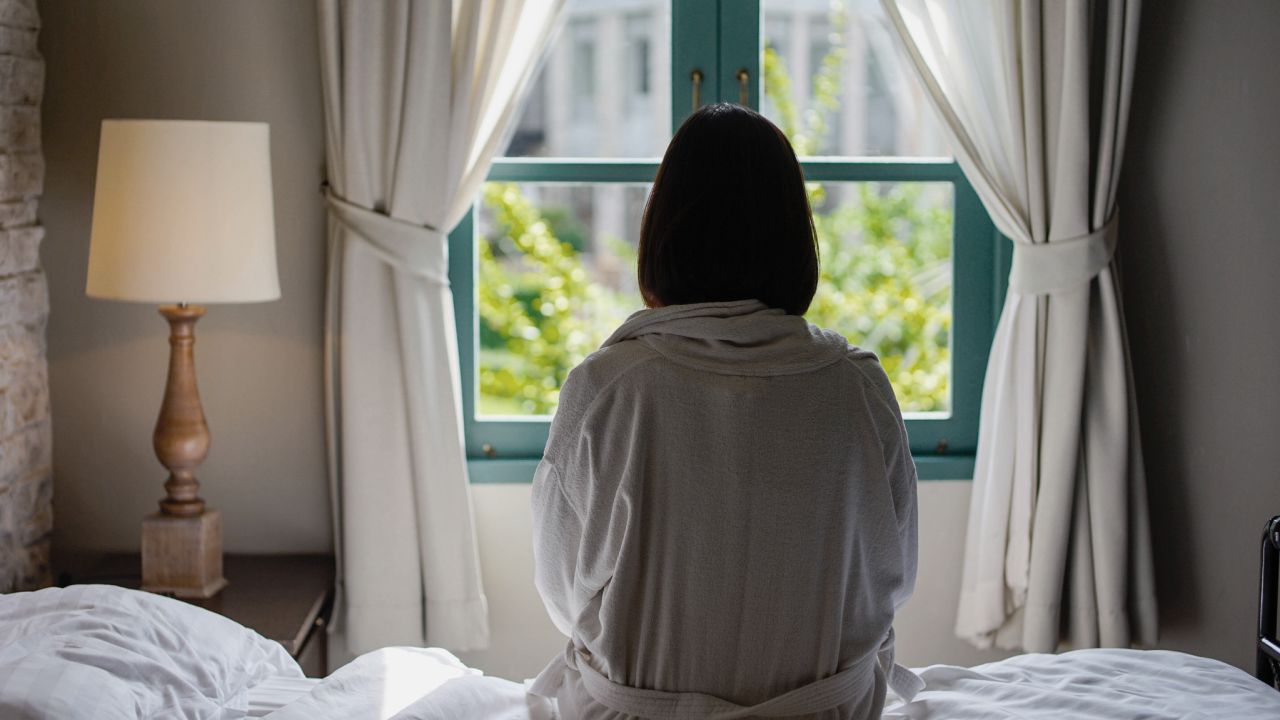 For some, dreams aren’t as much of a problem, but only because they find it difficult getting to sleep in the first place. While straight up insomnia can be a fairly common side effect, a number of other antidepressant effects can interfere with sleep.

My biggest problem now that the meds have kicked in properly and the worst of the side effects have subsided is a lovely little thing called RLS: restless legs syndrome. My poor co-workers are now being subjected to a chorus of foot percussion daily as I try to delay the itch my legs feel to go for a nice walk across the office.

When I lie down to sleep, I find my feet doing a weird little dance against each other, starting up again whenever I relax enough to stop thinking about it.

This isn’t the only muscular-related side effect of certain antidepressants. Another that doesn’t sound all that alarming but can be hell to live with is jaw-clenching.

“For 3 days now I’ve woken up with intense pain in my jaw on the right side from clenching my teeth in my sleep,” reads one of the more extreme examples in the group, but others have had to have dental work and buy guards to protect their teeth from nighttime grinding caused by these drugs.

Personally I experience this odd jaw clenching only during the daytime, again a symptom that tends to sneak up on me when I’m busy with other things, until I start wondering why my jaw hurts so much.

Some of the other invisible side effects of antidepressants are more abstract but often more troubling. Some people report being entirely unable to cry, no matter how sad or upset they are, while others report a dampening of all emotion.

Some have said they feel angry, even infuriated for no reason, and I’ve even been warned by a friend that I will likely become intolerable and aggressive when I have to go through the weaning-off period at the end of my time on this drug.

The most worrying of the list of possible side effects seem kind of counter-productive for an antidepressant:

“Persons taking LEXAPRO may be more likely to think about killing themselves or actually trying to do so, especially when LEXAPRO is first started or the dose is changed.”

It’s an alarming thing to encounter in a medication often started to avoid these dangerous mental hijackings, and anecdotal evidence says this kind of side effect is not, in fact, uncommon. Many report depression and anxiety symptoms getting worse – I had my first panic attack in a year while on this medication, appearing out of nowhere and quickly taking over.

Anecdotal reports suggest people taking Lexapro solely for anxiety have ended up developing depression or depression-like symptoms instead, though evidence of this beyond forum or Facebook posts is hard to come by.

At the moment, these medications are the best we’ve got, and most often are well and truly worth putting up with the side effects for the sake of the results. However the difficulty of lasting past the first few weeks of intense side effects can be a huge barrier for people in vulnerable situations, with many people giving up on their medications before they can actually work.

With a number of high-profile suicides this year, calls have been made to put more effort into developing new antidepressants that may avoid some of these nasty effects. Many of the most common antidepressants prescribed in Australia – including Lexapro or Escitalopram, one of the top ten non-subsidised drugs prescribed in Australia with almost 2 million scripts – are relatively old. Escitalopram has been on the market since 2002, and there hasn’t been any major breakthrough in decades.

If you’re just starting or thinking of starting on antidepressants, don’t let me put you off – the benefits are well worth what you pay for it. But I still hope one day we have more gentle options for treatment.

The good news is, promising new antidepressants are in the works, and pharmaceutical companies are looking at novel new treatments beyond drugs that work on the same pathways our existing options do. Some interesting work is even being done with party drugs like ketamine and psychadelics, suggesting these recreational substances could be used in a new way to treat depression with fewer side effects.

Why I'm Not OK With RUOK Day

I wasn't long into my tenure at Kotaku Australia; a few months, perhaps. It was the job I'd been working towards since primary school. And yet after the pieces had finally begun to fall into place, I found myself standing on a median strip, in the middle of a six-lane highway, one of the busiest in New South Wales.</p><p>I found myself standing there, wondering what would happen if I took a step forward into the path of the semi trailer passing by.</p><p>Obviously, RUOK Day is meant for people like me. Thing is, it's become the one day of the year I hate more than most.