Learn The Basics Of Beatmaking With This Open-Source Synthesiser App

audiobeatmakingcreationfreeget schwiftyiosipadmusicopen sourcesynthesizer
To sign up for our daily newsletter covering the latest news, hacks and reviews, head HERE. For a running feed of all our stories, follow us on Twitter HERE. Or you can bookmark the Lifehacker Australia homepage to visit whenever you need a fix.

iOS: One of the best parts of any science-fiction game or movie are those ominous tones that suggest a conversation or discovery is about to head south — a quintessential part of the soundtrack that adds a lot of atmosphere (and tension) to an experience. And now, thanks to an open-source iOS app, you can make your own imposing synthesiser sounds and teach yourself the basics of music production.

AudioKit’s Synth One app is completely free to download and use, which is remarkable enough given how fully-featured this virtual synthesiser is. Fire it up, and you’ll have more than 300 individual presets to try — which are fun enough to load and play using the app’s built-in keyboard. 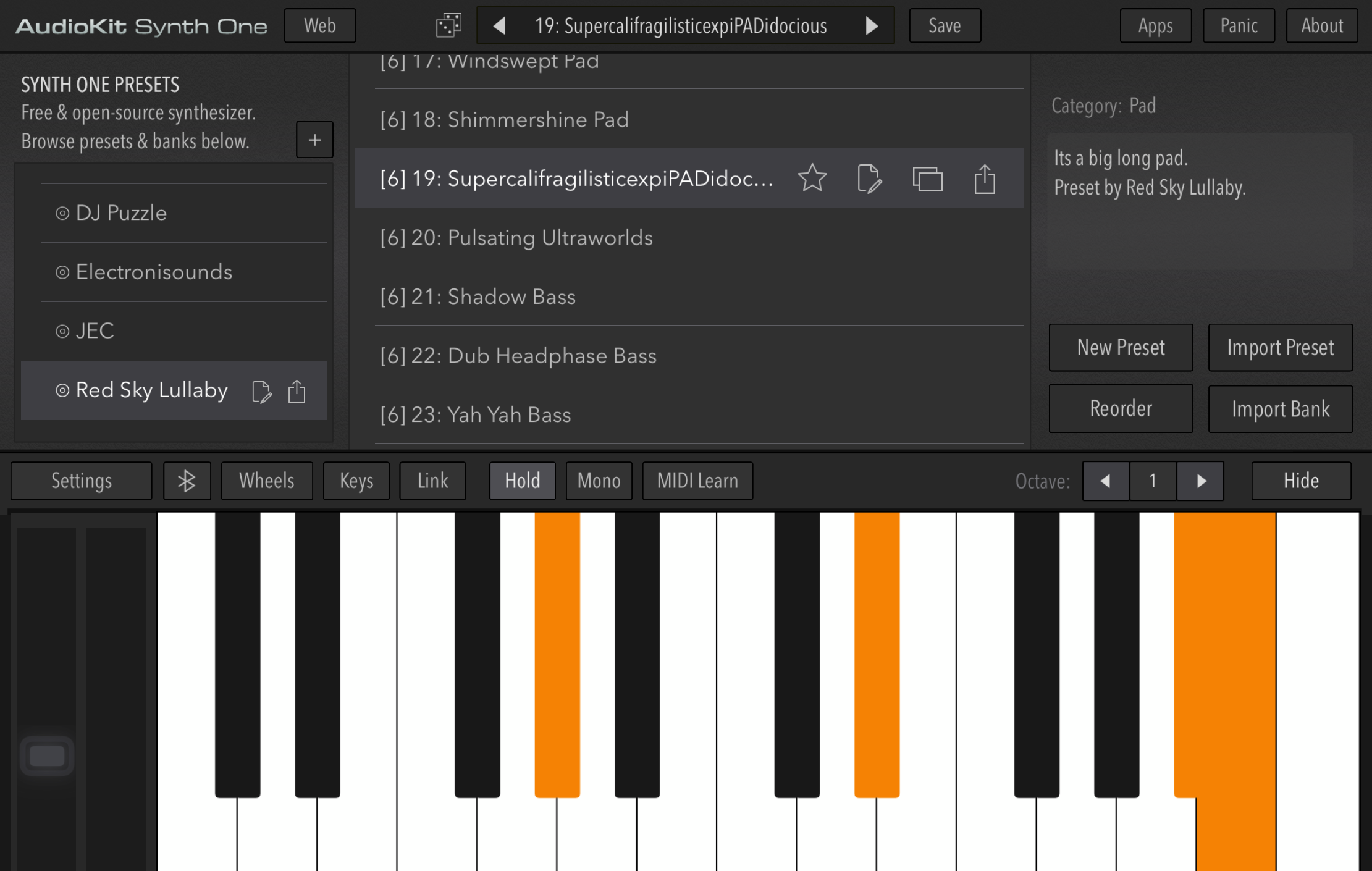 From there, the sky is the proverbial limit. And I’ve found that the best way to understand what the app’s many buttons, dials and options do is to take a trial-and-error approach.

How do different effects change the nature of the sound you’ve created? What happens when you change the shape of your synth’s reverb? Add in detuning? Fiddle with the attack, delay and sustain of a sequence? Is it more fun to make arpeggios instead? Can you recreate Interstellar’s soundtrack? (Try preset #12: BB Power Down.)

While Synth One’s interface might look incredibly imposing at first — and that’s just after checking out one of the many pages of options you can flip through — don’t let it deter you. Play around. Make some spooky science fiction noises or interesting melodies. Watch a tutorial (or two) if you need a bit more hand-holding to create the perfect audio loop that’s sitting in your head:

If you want to get fancy, you can even sync up the app with a MIDI keyboard if you’d rather plunk physical keys instead of virtual ones. You can also record your synths and drop them into other apps, such as GarageBand, so you can use your original creations (or presets you tweaked) as a component of a larger piece of music.

Even if you don’t know the first thing about music, creating audio, or synthesisers, Synth One is like a musical version of a drawing app. You might not be the next Picasso, but it’s fun to doodle around when you’re bored. Who knows, your tinkering might lead you to create that next big SoundCloud EDM hit.