Get Ready For An NBN Price War

With Vodafone cutting back prices on their NBN plans earlier this week, Kogan has responded, offering up some discounts and bonuses. Here’s what they are firing back, signalling a potential price war as internet service providers (ISPs) fight for market share.

Vodafone has launched a shot across the bows of NBN retailers, announcing a slew of discounts to all its NBN plans. The company's three NBN plans have been slashed by at least $10 per month. And there are no limits on usage.

All the Kogan NBN plans come with unlimited data and allow you to bring your own modem. There are no long-term lock-ins as all the plans are based on month-to-month. 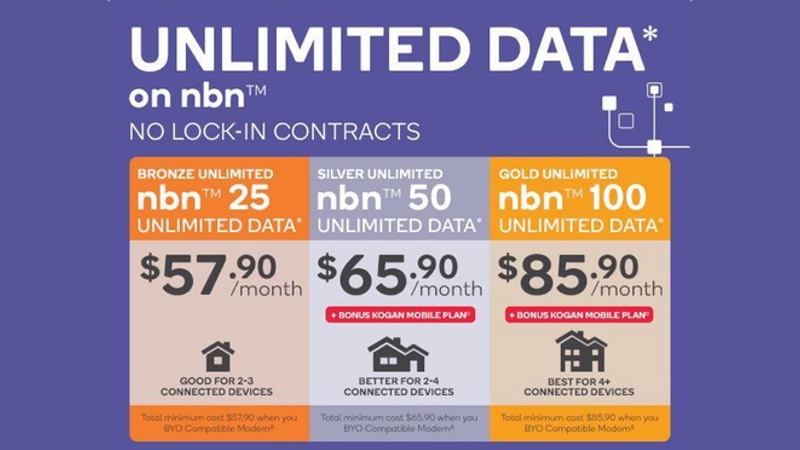 Those prices undercut Vodafone by a small margin but it’s possible to further cut the Vodafone prices on the 50Mbps and 100Mbps plans by taking up a mobile contract with Vodafone. But Kogan is throwing in some mobile data on a prepaid plan so it becomes a question of which extras are of greater value to you, assuming both carriers offer the same performance.

Given there can be significant difference between different RSPs servicing the same area depending on how much CVC they’ve provisioned it goods that neither company is locking you in to a long term agreement although Vodafone does have a $5 monthly fee for their modem which you’ll need to pay out off you bail on them before paying it back over three years.

It’s The Start Of The Market Consolidation

When new markets emerge, such as the NBN, there’s always a land grab as new entrants seek to carve out a profitable Niche. Then there’s market activity with discounting and special offers as competition heats up.

Eventually, some of the entrants fail while others merge or are acquired by larger players and the number of providers contracts.

We saw this in the early days of the Internet as ISPs were established and eventually either failed or were swallowed up. We’re at the start of that cycle again with RSPs and the NBN.