appleaqua interfacehistorymacmacosoperating systemscreenshot
To sign up for our daily newsletter covering the latest news, hacks and reviews, head HERE. For a running feed of all our stories, follow us on Twitter HERE. Or you can bookmark the Lifehacker Australia homepage to visit whenever you need a fix.

The Aqua GUI in Apple’s operating systems has undergone a remarkable evolution since March of 2000, when it found its way into OS X 10.0, and you might be surprised at just how different everything looks now. Thanks to the newly-launched Aqua Screenshot Library, you can revisit every version of OS X (and macOS) through the years and view the gradual evolution of Apple’s operating system — all from your browser.

The massive gallery is the latest work by 512 Pixels, an online library that attempts to keep tabs on all things Apple (including the Mac’s many wallpapers).

The Aqua Screenshot Library, as creator Stephen Hackett notes, provides a comprehensive look at the history of Apple’s operating systems, which covers its jump to from bulkier CRTs to compact, LED-backlit displays; Apple’s various font changes over the years; and Apple’s move from disc-based operating systems to (free) digital downloads.

Let’s take a look at some of these major Mac milestones. 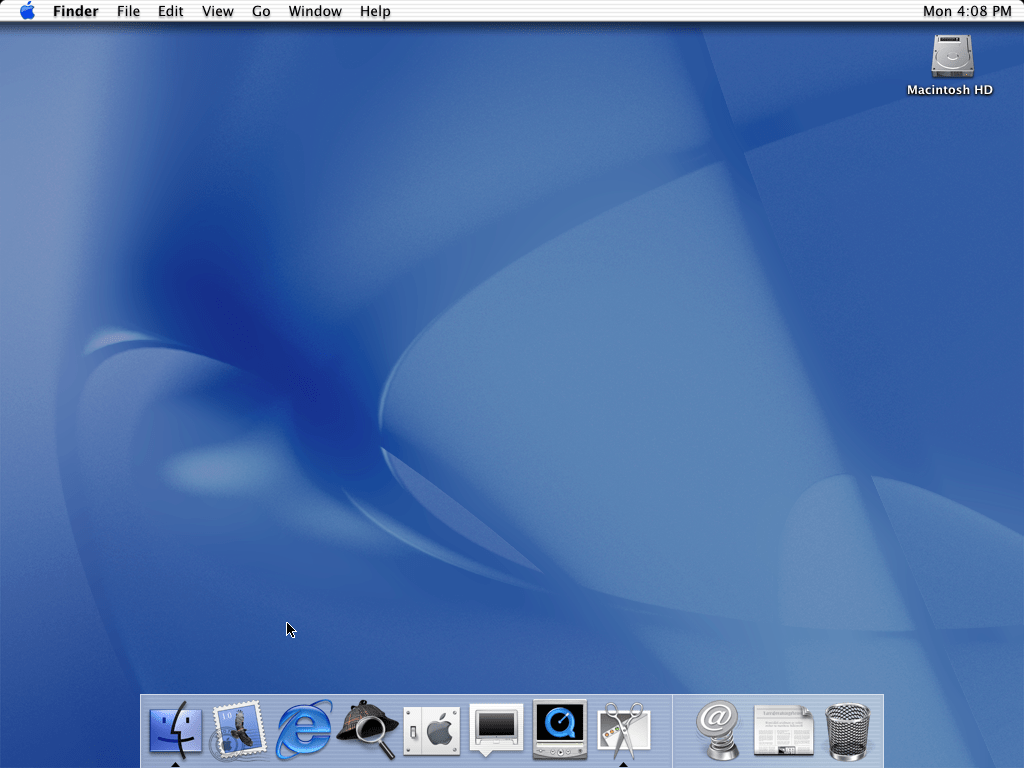 24 March 2001, marked the first official release of the Mac OS X operating system, following a public beta the year before.

Hackett notes that its 128MB memory requirement was “more than most Mac users had in their systems at the time”. This lead to many complaints about the OS’s slow performance and high resource demand.

The Cheetah interface retained the pin-striped menu and window design from the beta, but it began the feline-based naming trend which would last up to version 10.8, “Mountain Lion”. 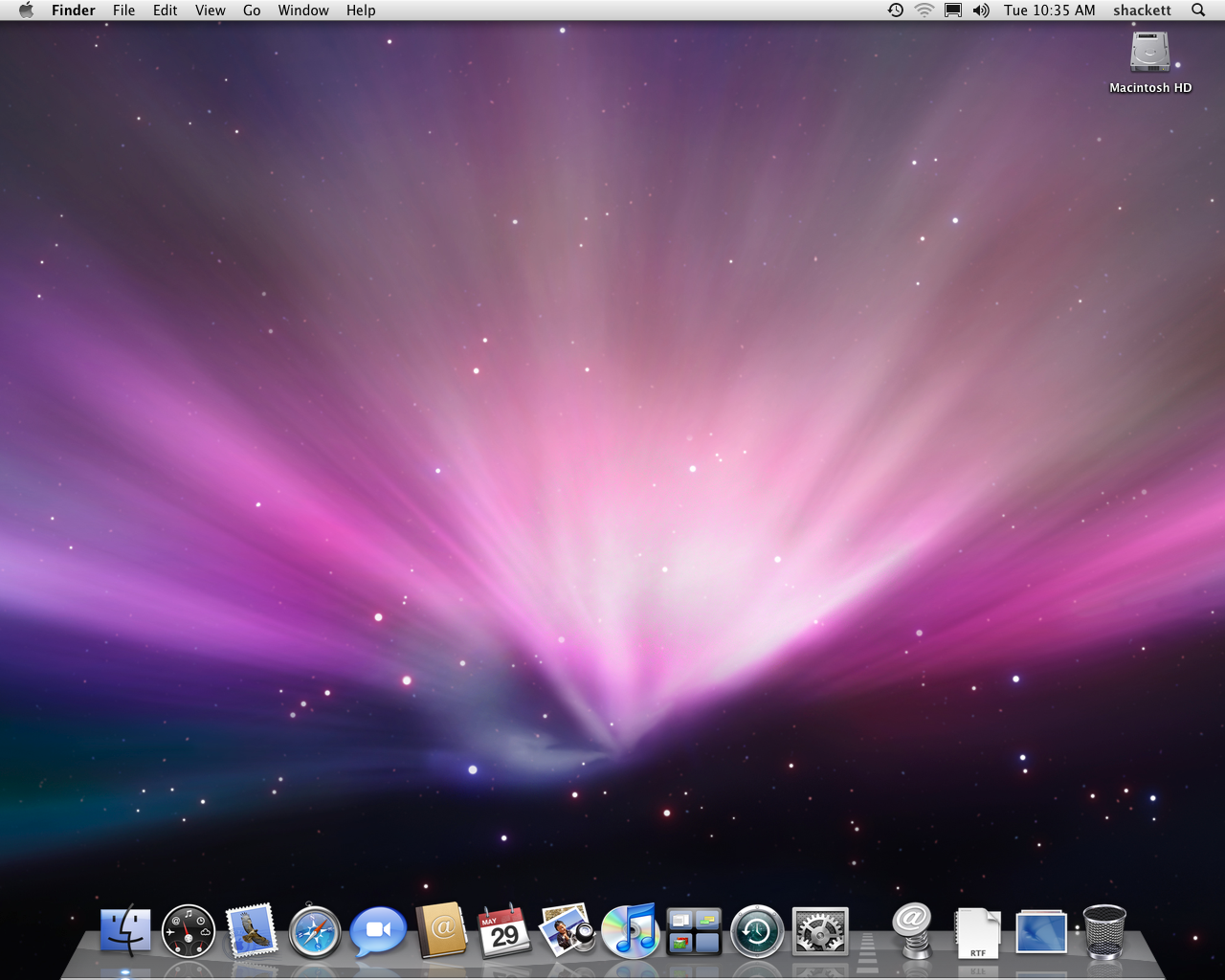 The final months of 2007 brought some big changes to OS X. The release of Leopard saw Aqua take on a much more streamlined look, with all windows now defaulting to a single, simple grey design, as well as the debut of a redesigned Finder tool.

Prior to this, different apps — and different versions of OS X — had varied UI designs (for better or worse). With Leopard’s release, OS X started to look more uniform. Most importantly, it was the first version to include those rad, space-based backgrounds. 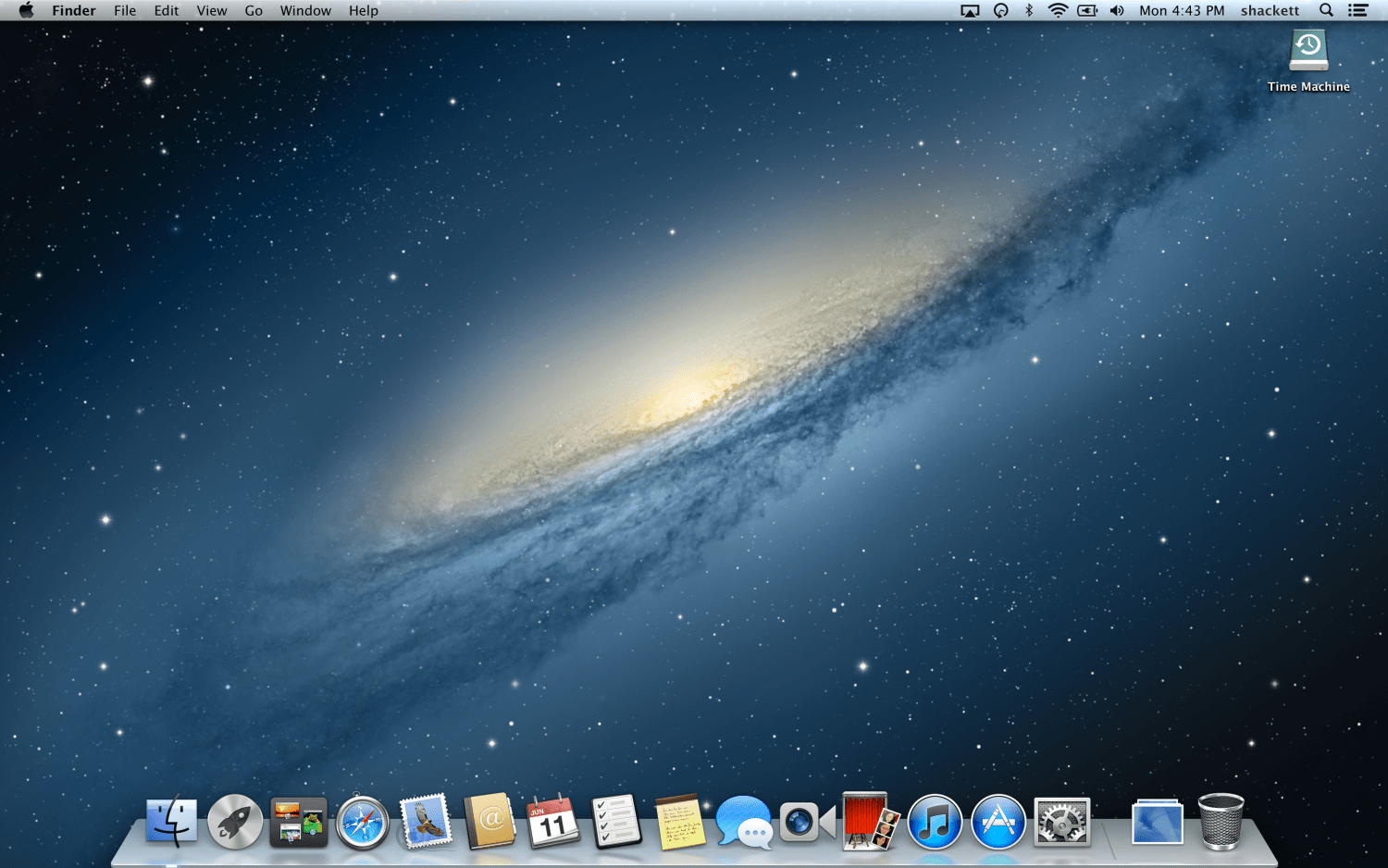 Mountain Lion was the first version of OS X to arrive after Steve Jobs’ death, and it focused on aligning Mac computers with the late CEO’s other major contribution to the tech industry: The iPhone.

The 2011 OS X update, Mac OS X Lion (10.7), kicked off Apple’s merging of iOS aesthetics into OS X, and the company doubled down with Mountain Lion. Tools and applications were renamed after iOS features, and Apple added some small visual and input changes to bridge the two operating systems even closer together — in style, at least. 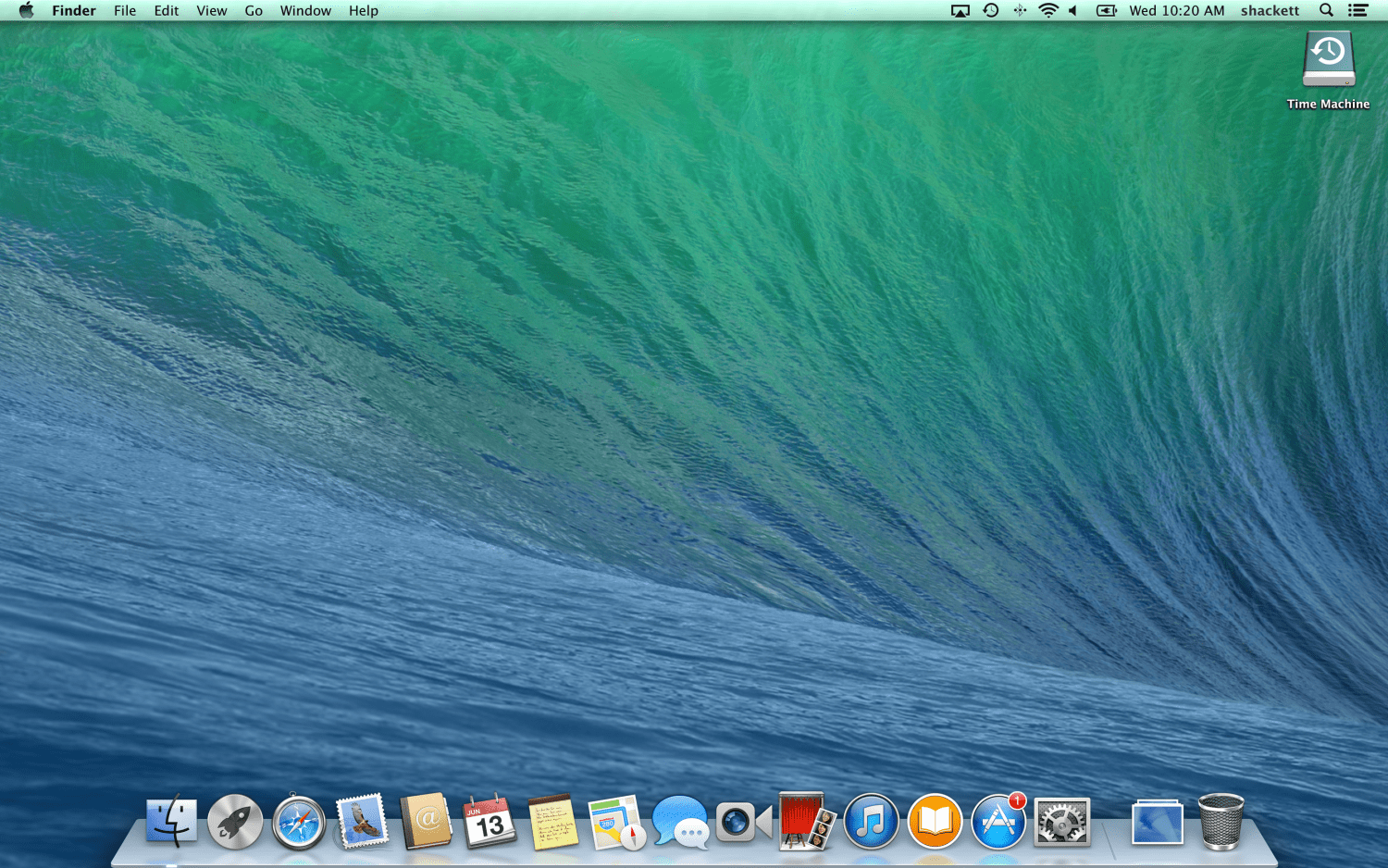 Mavericks was a major business pivot for Apple, as it was the first version of the OS the company released for free, offered to users as an upgrade via the App Store in October 2013. Apple hasn’t gone back to paid operating systems since — thankfully.

Mavericks was also the first version of OS X to use non-feline nomenclature. It also ditched the galactic background theme for California landscapes, which we can all agree was a major blunder. Right? 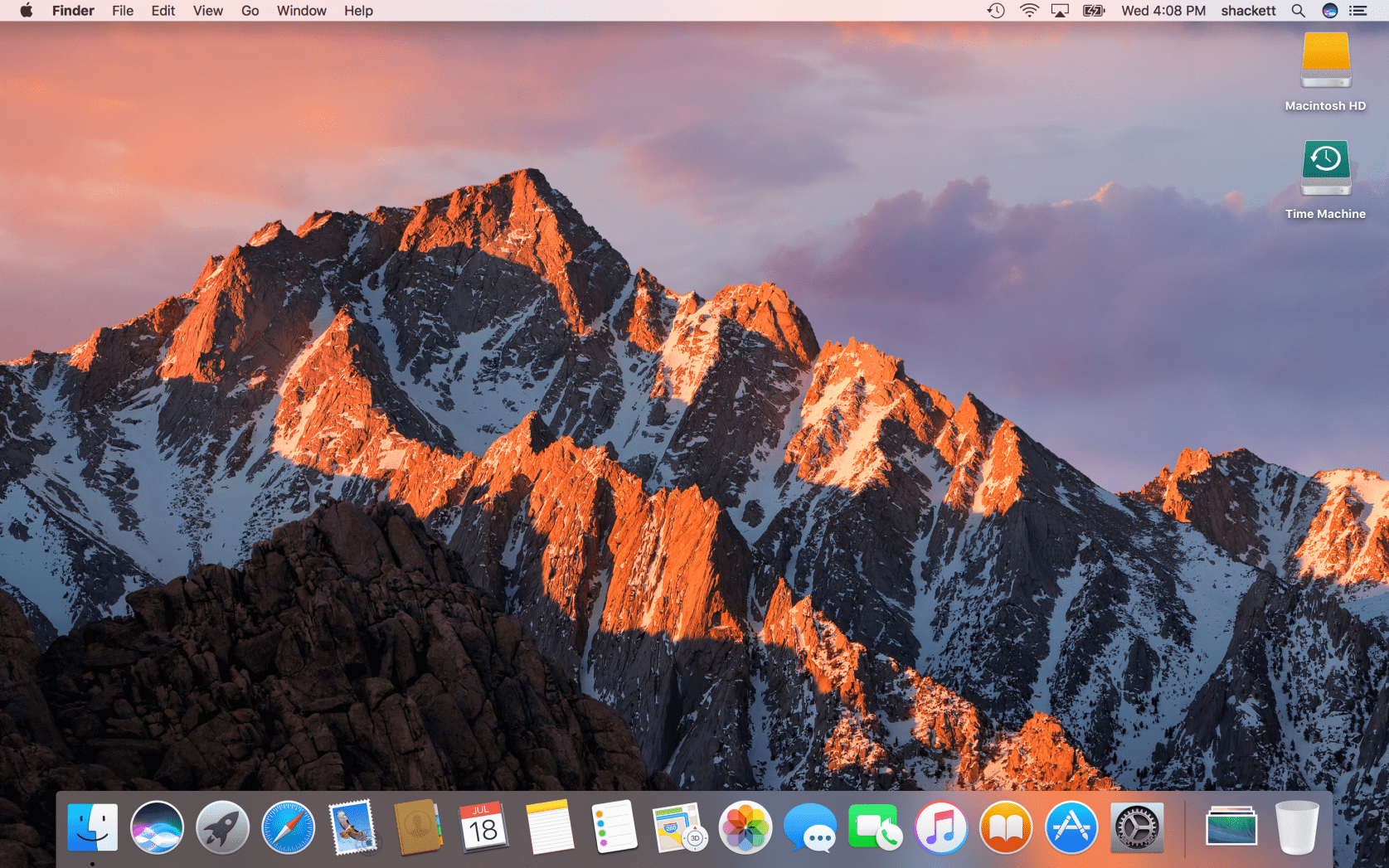 Browsing the Aqua Screenshot Library is a fun way to see just how far macOS has come, especially to see how Apple’s design priorities change between the major releases. However, the Aqua Screenshot gallery is just one of 512 Pixels’ many projects to check out. Be sure to poke around the other Apple-themed collections Hackett has assembled over the years, too, including the excellent 512 Pixels YouTube channel.