Home-Made Breakfast Sausage Is Completely Worth the Effort

meditationmental healthmindfulnessrelaxation
To sign up for our daily newsletter covering the latest news, hacks and reviews, head HERE. For a running feed of all our stories, follow us on Twitter HERE. Or you can bookmark the Lifehacker Australia homepage to visit whenever you need a fix.

Google has given us the best email service, the best Maps app, one of the best AI assistants and the best search engine. And now, they’re getting into the mindfulness game, as well.

If you search for “breathing exercise” or “deep breathing” (or similar terms), you’ll now get a blue box at the top of the search results. Clicking that will start a white dot going in and out with “breathe in… breathe out…” The sequence goes on for one minute then stops. 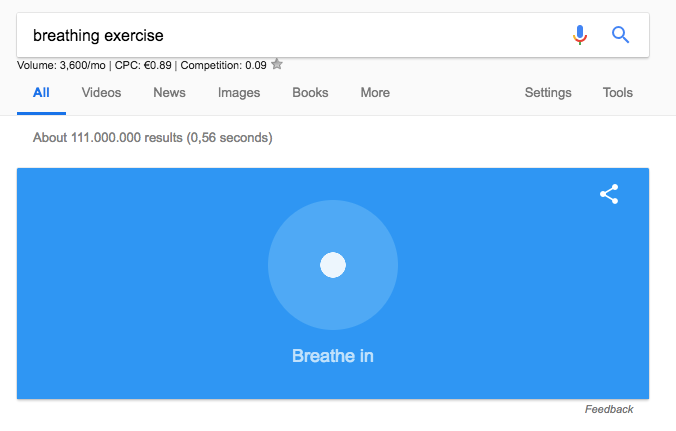 There’s no audio, so it’s a very basic exercise, but then again, being told how to breathe isn’t exactly rocket science!

There’s also a share button so you can send the breathing exercise to your friends, family and co-workers. 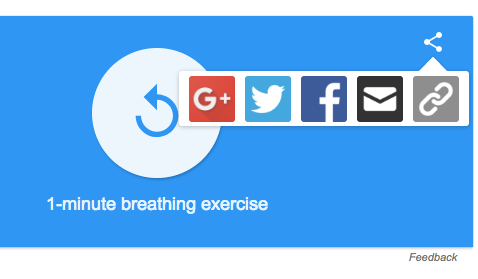 Granted, most people probably won’t be making this the cornerstone of their mindfulness or meditation practice, but at the very least, it could serve as a helpful little reminder to take a quick mental break and re-centre when you’re deep in the throes of an internet rabbit hole.

It’s not clear if this is a limited stunt feature or if Google plans to keep it. Knowing Google’s habit of ditching features after a while, it wouldn’t be shocking if they eventually abandoned it in favour of Google Breathing.