5 Devious Yet Simple Board Games

Modern board games suffer under the stereotype that they’re full of bizarre rules minutia that takes hours to learn and strangle all the fun out of things. That couldn’t be further from the truth with these simple yet challenging games.


Board games don’t have to bury you under pages of complex rules to provide you and your friends with a fun challenge. Some games only need a few simple rules to give players interesting decision that lead to a brain-burning experience.

If that seems like the sort of thing you’re interested in then you should check out these games.

Not the first thing you think of when you imagine a board game, The Climbers is easy to dismiss as a pile of colourful wooden blocks. Those blocks mask the game’s truly treacherous and cutthroat nature as players try to ascend to the top, all the while manipulating the stack to block everyone else.

It’s a deviously clever game that has players do little more than take a block, rotate and/or move it somewhere else on the stack and then move their pieces along surfaces that match their player colour. Forging a path upwards becomes more and more difficult as players bunch up at the higher peaks and useful blocks become less available.

The Climbers is a unique board gaming experience that everyone should try at least once.

Based on the time the Dutch went a bit silly over tulips in the 17th century, Tulip Bubble is an auction game that has players trying to manipulate an incredibly volatile market for profit.

Every turn new tulips will become available for sale and players will bid on them using an ingenious bidding mechanic that rewards the losers with a share of the final price. After all of the auctions are over, supply and demand changes the values of the different tulip varieties before a random market event throws a wrench in everyone’s plans. Players can sell their tulips back to the market to manipulate supply or sell them off to collectors for bonuses.

Tulip Bubble teases you into thinking you have just enough control over the market to make a fortune while always threatening to pull the rug out from under you. Whoever is able to buy the valuable Queen of the Night tulip is the winner but more often than not it’s the person with the most money left when the bubble bursts.

5 Board Games For Beginners (That Aren't Monopoly)

There are currently over 100,000 board games listed on Board Game Geek, the tabletop world's equivalent of IMDB. That's a lot to choose from. Wandering into your local department store is going to give your some truly disappointing choices and browsing your friendly local game store can be overwhelming. Here are some great board games that anyone from veteran to rookie can enjoy.

The first deckbuilder and still one of the greatest, Dominion is as easy as ABC to play. Literally the rules for a turn are: A) use Actions, B) Buy cards, C) Clean up.

The depth of Dominion comes from the card interactions across many expansions and working out how to maintain the right balance of cards in your deck. Too many victory points early and your deck will stall out. Too much money and you’ll get beaten by an opponent that has an efficient engine built around a clever combo. 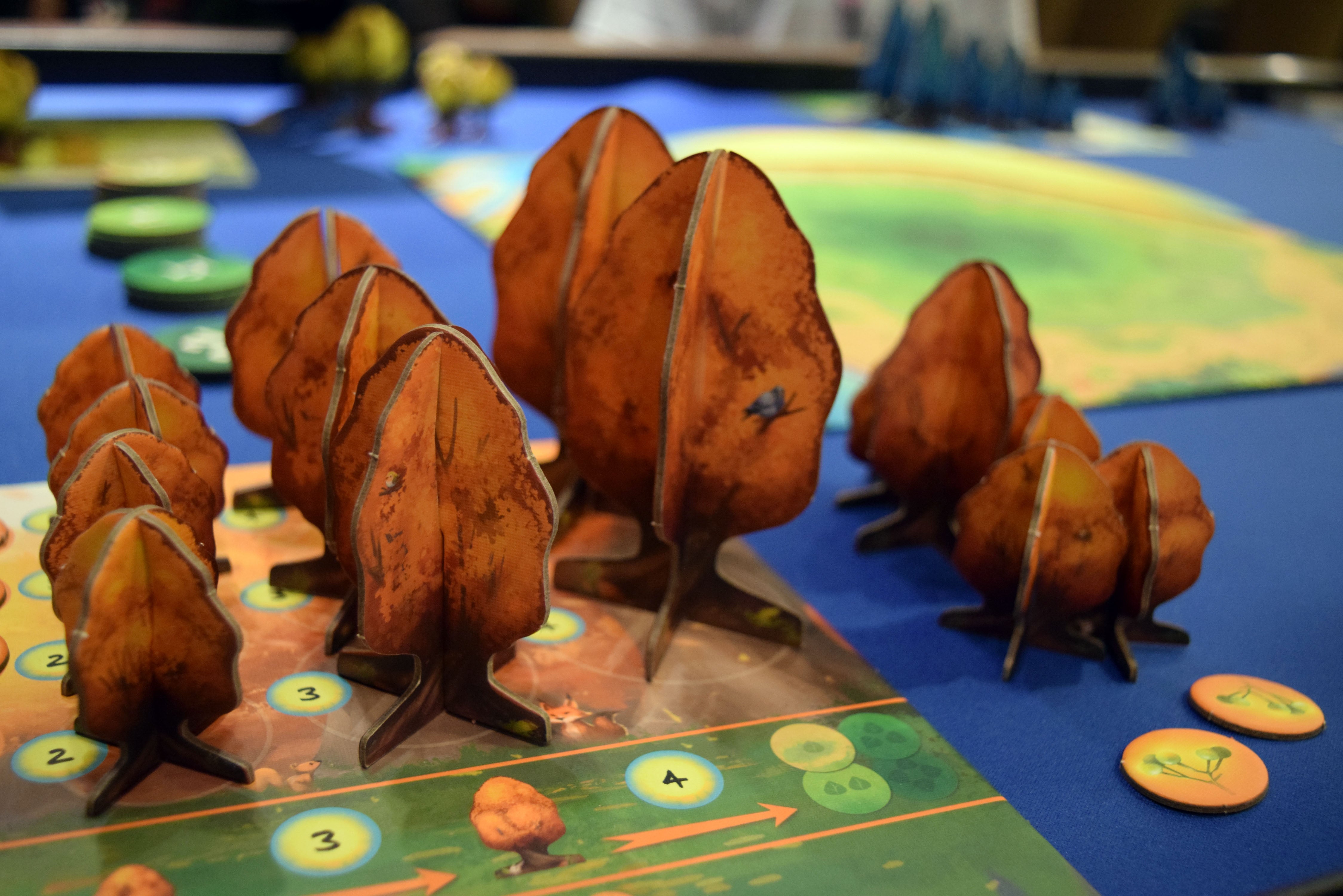 Trees drink in light as the sun rotates around Photosynthesis’s beautiful board. Photosynthesis is a tightly contested game of area control where you plant trees in the increasingly densely-packed forest to harvest the most light while casting shadows on opponent’s trees.

Light is a valuable resource in Photosynthesis. It’s used to plant seeds and grow trees. Bigger trees harvest more light and cast greater shadows to block your opponents but the sun moves around the board, changing the direction of shadows and potentially leaving your tree in shadow instead.

Pushing towards the centre of the board where there are more opportunities for opponents to stunt your trees’ growth will reward you with more points at the end of the game. But without enough light, you may not be able to grow your trees and reap the rewards.

Chess without a board and all of the pieces have been replaced with bugs. Hive pits two players against each other in a race to surround each other’s queen bee.

Trying to maintain control of the game as each player adds more bugs to the hive and shuffles their bugs around into advantageous position provides a real challenge. Different types of bugs have different rules about how they can move. Ants scurry anywhere on the board while beetles climb on top of other bugs. Both can be used to pin your opponent’s pieces in place as you move your swarm around your opponent’s queen.

Some of the greatest games out there have the simplest rules.