Why Does My Network Switch Keep Dropping Gigabit Speeds?

I rent a room in a house and one of my overlords is a former networking engineer for one of those companies here in the area. In other words, he knows his stuff. But I’ve encountered a perplexing issue with my room’s networking setup that we haven’t pinned down yet. And we’d prefer to find an easy solution before we start having to lay new ethernet cable through the wall or anything crazy like that.

The basics are as follows: The house’s business-class internet runs through his server, which handles all the routing. A multi-port gigabit switch connects to that and all of the house’s gigabit ethernet connections run through the switch. Easy.

We recently upgraded our service from 50 to 150Mb/s (Oh, what a glorious option to have! — Ed). That’s an important detail, because when I was checking the service from my ethernet-connected desktop computer, I noticed I was only getting around 80–90Mb/s, not the 150–160Mb/s said landlord was finding on his tests.

We repeated these tests across a number of days and times just to make sure there weren’t any weird network congestion issues affecting the speed results and I consistently found that I could never break past 100Mb/s, whereas he could on pretty much every test he ran.

A bit about my room’s setup: I have two ethernet jacks in the wall, both of which are connected to the house’s primary switch by separate Cat5e or Cat6 ethernet cables. (I believe two Cat6 cables, but I’m not positive and my roommates are watching the season finale of Westworld so I’m not going to go run out and ask at the moment.) I connect a 16-port gigabit switch to one wall jack and all of my room’s devices are connected to switch — all using Cat5e cables that aren’t likely longer than 3m each.

Here’s where it gets stranger. Every other gigabit device I connect to the switch keeps its gigabit connection without issue — the lights on the front of the switch make that abundantly clear. And no matter what port I use on the switch when I’m connecting it to the ethernet jack in the wall, I get gigabit ethernet… at first.

And I can verify this by running a quick fast.com test on my desktop PC: 150–160Mb/s, typically. 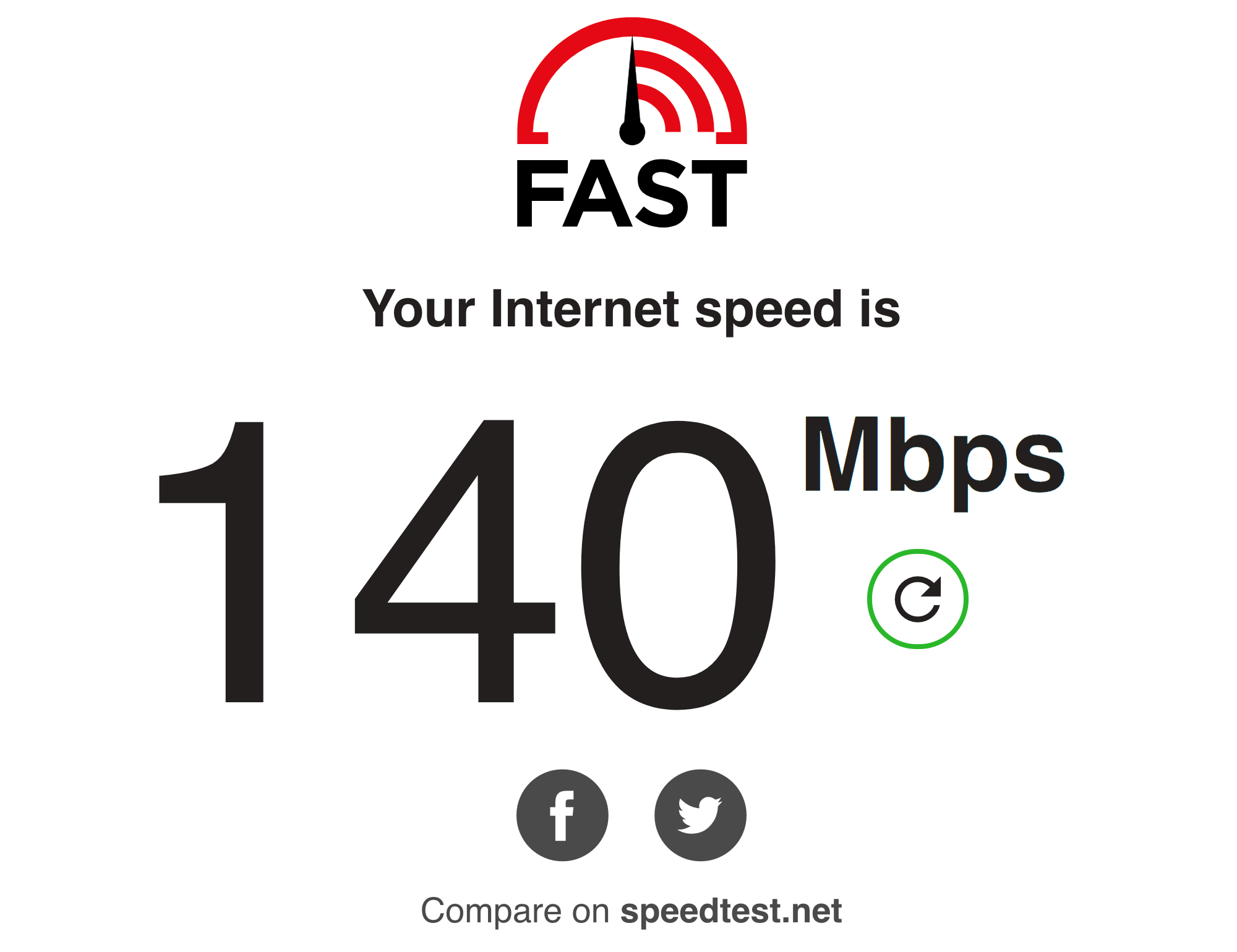 After anywhere from a few hours to a day, at most, the connection drops to fast ethernet speeds — 100Mb/s max. The “You’re gigabit’in” light on the front of the switch flips off, my fast.com tests slow to around 80Mb/s and I sigh.

It gets weirder. When I plug an access point directly into that same wall jack — a Google Wi-Fi device running in bridge mode — it never drops the gigabit connection. If I unplug the ethernet cable from the switch and plug it back in to that port, or any port on the switch, I immediately get a gigabit connection back (until it drops back down however many hours later).

If I restart the switch, same deal. If I use another brand-new gigabit switch from a completely different manufacturer, I’ll still lose my precious 1000Mb/s connection eventually. If I use the other wall jack in any of the circumstances I just mentioned, same deal.

There’s still a little more troubleshooting I should do — perhaps trying a different port on the house’s primary switch that my room’s two ethernet ports connect to. At worst, maybe something has gone wrong with the ethernet cables running through the house. Though, it’s strange that whatever issue would affect two ports (or two cables) when every other wired connection in the house seems just fine.

I suppose I could also try plugging my access point into the wall and connecting the switch to that, but now we’re just getting silly. I could also just use a timer to reset my switch every single day at 3am or something, but that’s also a little annoying — and still not a guarantee that I’ll have gigabit ethernet when I wake up.

I could also replace the wall jacks themselves, but, again, it seems odd that two would be causing the exact same issue. What do you think? Have I missed anything obvious? Help a doctor out.