What Your Cat’s DNA Can Tell You

There are approximately 10 million questions I’d like to ask my cat, Herbert. “Why do you chew on my purse?” “Why do you get scared when I lotion my hands?” “Do you love me?” “Do you hate me?” At the very top of the list however, is: “Can you tell me your life story?” Bert was plucked off the streets of Harlem a few years ago and brought to the shelter where I adopted him, but I don’t know anything about him prior to that.

And like any overly attached, co-dependent pet parent, I’d like to understand him in every way: intellectually, emotionally, spiritually — and even on a cellular level. The first three are always going to be somewhat elusive, but it’s 2018, the future is now and I’ve found a company to help me with the fourth.

Basepaws is a US company dedicated to genetic testing for cats. It was founded in 2016 and recently released its first round of testing results, which included Bert’s DNA data. Here’s a bit about how the process works.

You order a CatKit for $US95 ($128) — shipping is $US15 ($20) to Australia — which equips you with all the tools you need to provide Basepaws with DNA samples from your kitty. My particular kit included a swab for collecting cheek cells and tape for collecting fur, but Basepaws has since ditched the spit specimen — except in the case of hairless cats. (Hair is apparently better for testing and better for cats who don’t want a random stick in their mouth.) 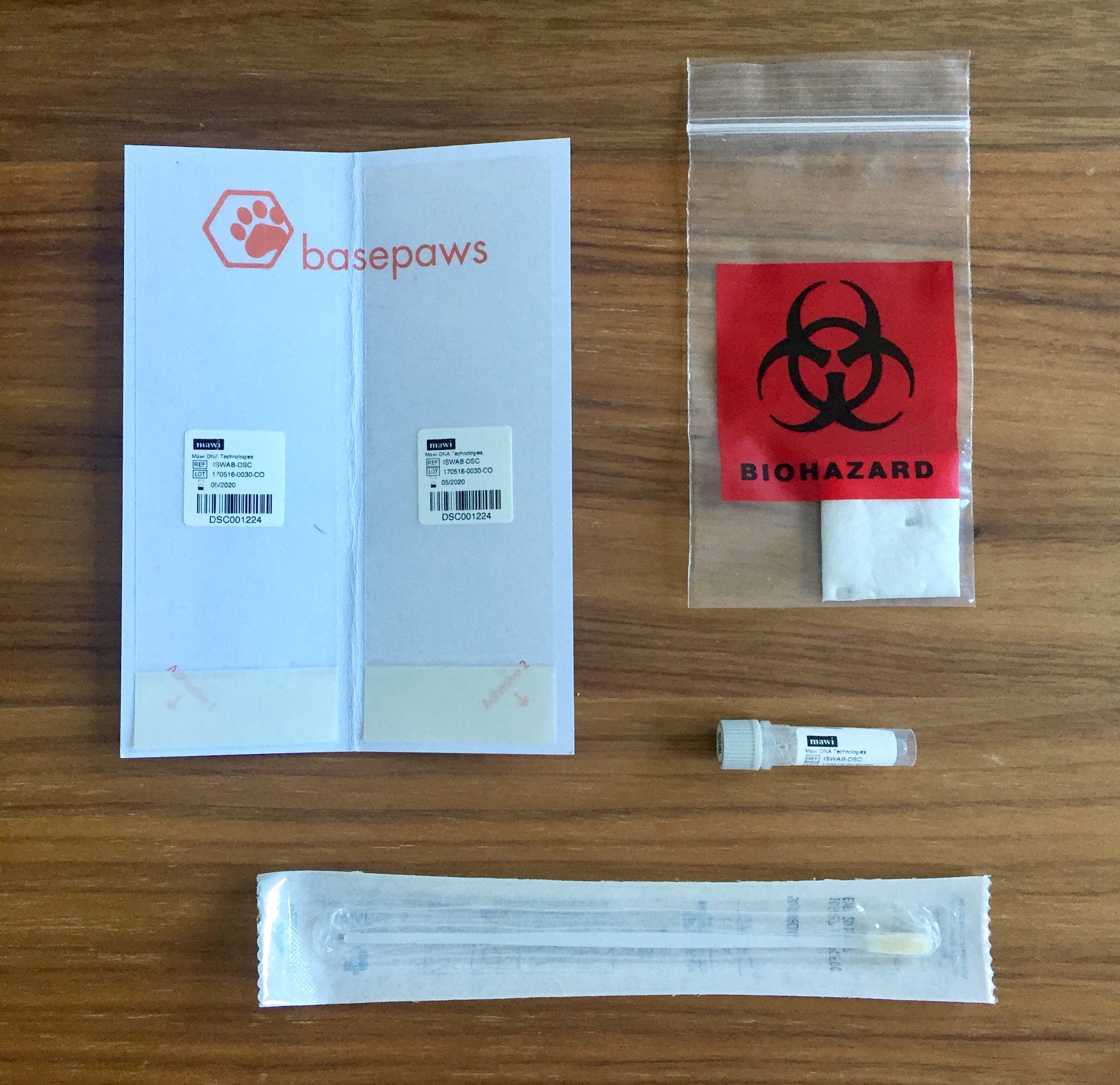 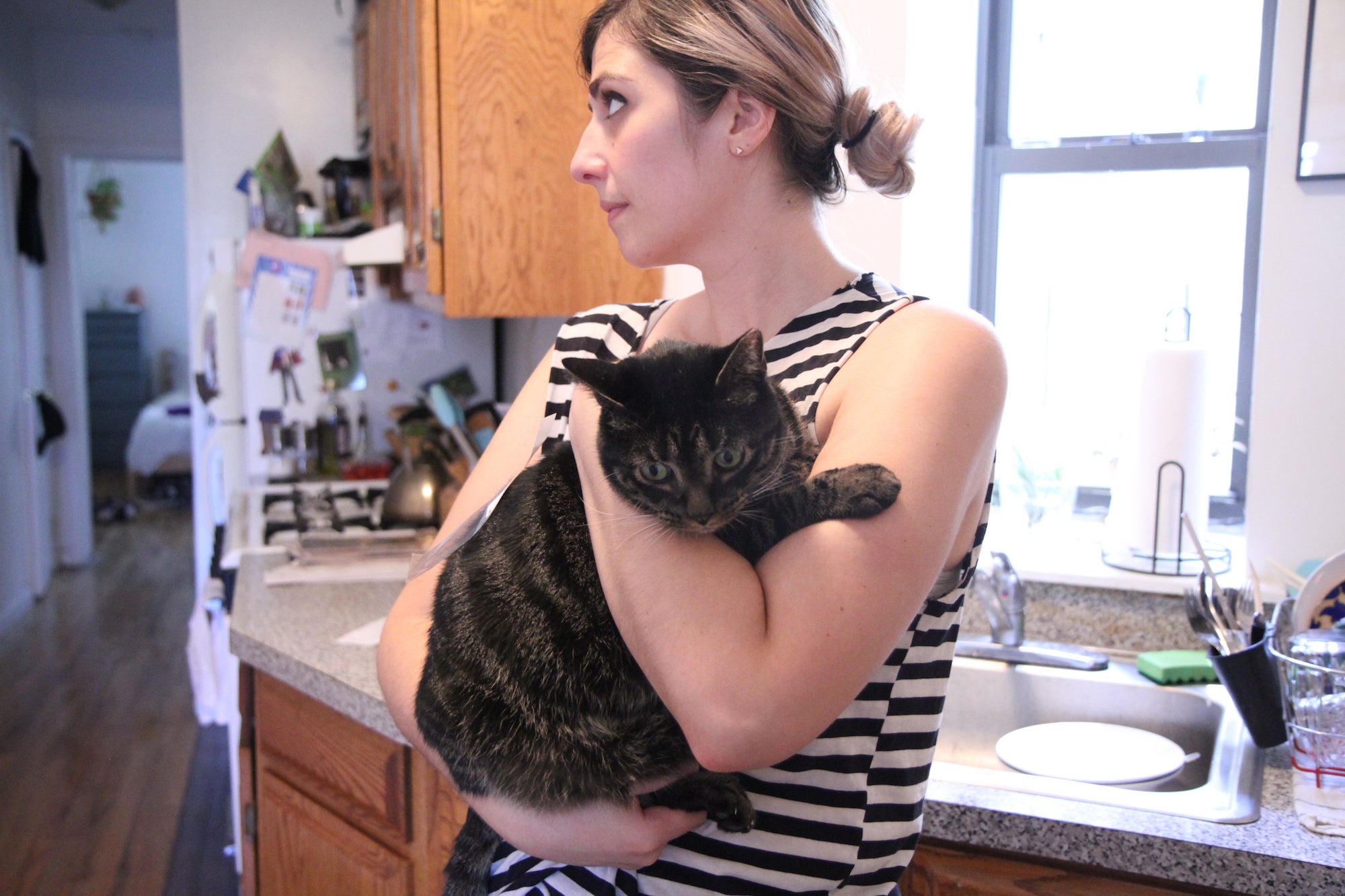 Here we are at the start of the process. Everyone is nervous. 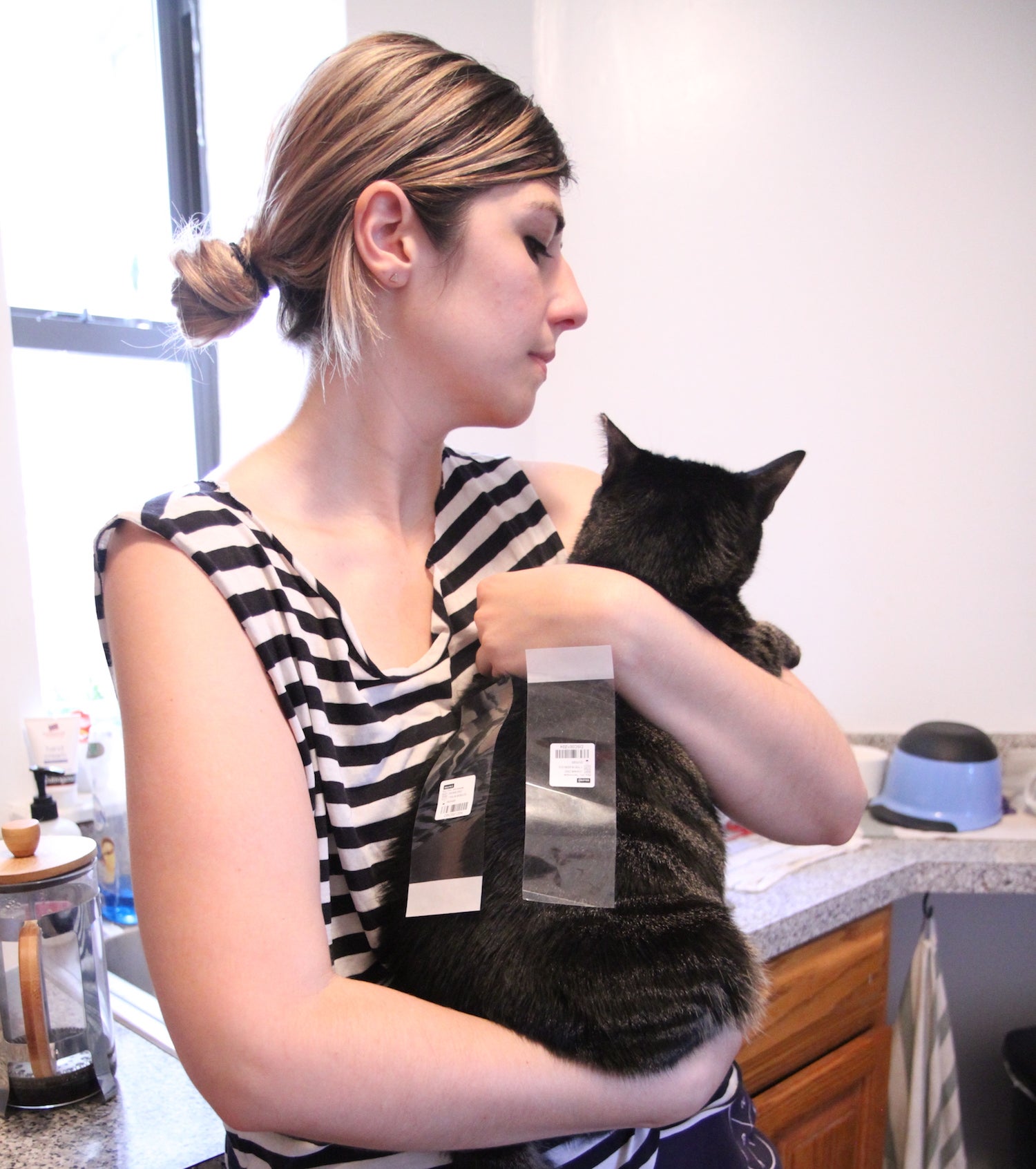 And here he is with tape on him. Yes this took multiple people and some patience. 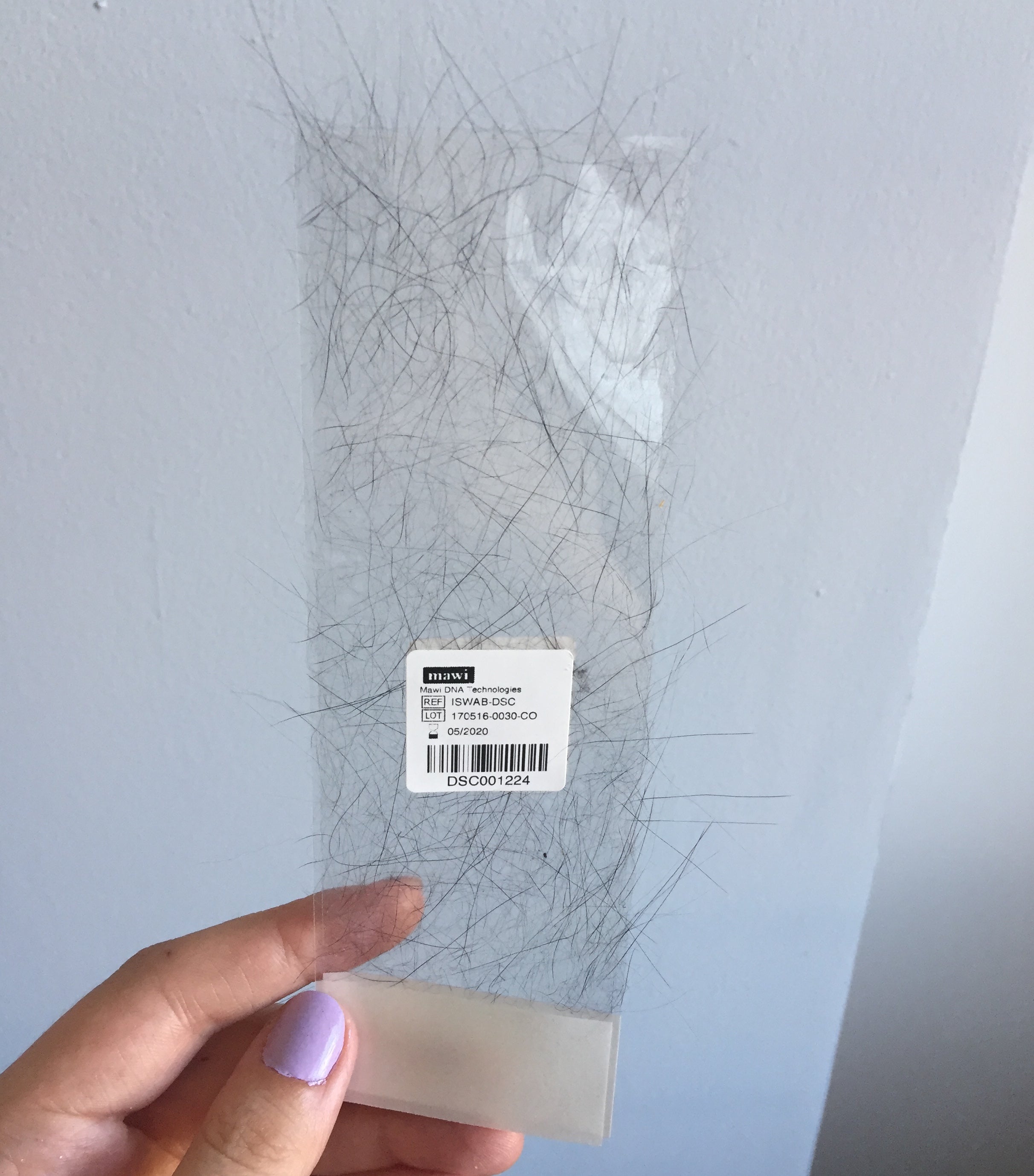 And the tape after we’d pulled it off.

Once we’d rounded up all his samples, we sent them off to Basepaws’ Los Angeles facility and awaited results. As a member of the inaugural batch, we had to be patient: the results ended up taking about seven months to arrive.

With its testing, Basepaws aims to tackle several spheres of information related to DNA — things like health, ancestry, predicting traits (are they likely to be a catnip addict? What can their genetics tell you about their physical traits?) and wellness.

But as the company is new and genetic testing is only as good as its database, the inaugural Alpha Report only contained a breed report and wildcat report. Subsequent updates will appear automatically in my Basepaws profile. Here’s what they could tell me so far about Bert:

According to the Breed Index, Herbert’s DNA is not a strong match with any of the 24 purebred cats that are currently in the database (sounds about right), meaning he’s a domestic (or perhaps — though unlikely — an untested breed).

That said, he has more DNA in common with LaPerms, American Shorthairs and British Shorthairs than the average domestic cat, which is a combination I wouldn’t have expected. While none of this is super shocking, it’s fun to imagine what kind of cats might make up his family tree.

It’s kind of like when you do your 23andMe and find out that yes, you are Irish and English but also Scandinavian and Welsh.

Here’s where it gets a little more… wild. The Basepaws Alpha Report also compared Bert’s DNA to that of 18 different wild cats and apparently, he’s an undercover puma.

Sadly, this doesn’t mean that Bert’s great-great-great-great-granddad was a puma. As Basepaws writes on their website, whether your cat’s DNA is more similar to that of a puma or an ocelot is most likely the result of random chance: “Your cat’s ancestors just happened to inherit more DNA in common with their wild cat relative than did other cats”.

That said, it is possible that one of Bert’s ancestors was in fact a wildcat and he’s the product of an interspecies love affair, which is a story I’ll probably tell myself and anyone who will listen.

As the Basepaws database continues to build, the results I have now will continue to change and become more accurate. Since I’m one of the first to buy a CatKit and contribute my cat’s DNA, co-founder and CEO Anna Skaya told me that those updates would continue for life — updates about things like genetic predispositions for diseases, diet recommendations and personality prediction.

That offer that is still in place for new CatKit buyers — for now. After a certain point, new members will have to pay to unlock more information about their cat as it becomes available.

Long term, Skaya says that the company hopes to unlock information about pet health and apply their genetic discoveries to things like diagnostics in veterinarian’s offices or as part of adoption information at animal shelters.

Even longer term, they hope to apply what they learn about cat genetics to human health. That might sound weird, but in fact, cats share about 90 per cent of our genes (ahem, that’s more than dogs even though dogs tend to get more scientific attention), which means that felines could make a good model for understanding disease in humans.

It also helps that there aren’t any privacy concerns when it comes to cats.

Until then, the Basepaws genetic testing is slowly revealing secrets about household cats like Bert and we in turn are helping to create a biobank that might aid both kitties and humans in the future.

“Your cat can’t talk to you, but you can get into their DNA and find out all kinds of interesting stuff about them”, Skaya said.

I’ll keep asking Bert all the questions I have for him, but until we speak the same language, the stories that lie in his genetic code are helping me fill in the gaps.