cross platform notesfirefoxmozillanotes
To sign up for our daily newsletter covering the latest news, hacks and reviews, head HERE. For a running feed of all our stories, follow us on Twitter HERE. Or you can bookmark the Lifehacker Australia homepage to visit whenever you need a fix.

The latter, simply called “Notes by Firefox”, is an easy way to keep track of your thoughts without having to deal with a super-complicated extension — or, depending on your operating system, a separate app devoted to note-taking.

And since the Firefox browser is cross-platform, you’ll be able to access the notes you write up from both Mac and Windows systems. Android, too, if you install the separate (and experimental) Notes by Firefox app. 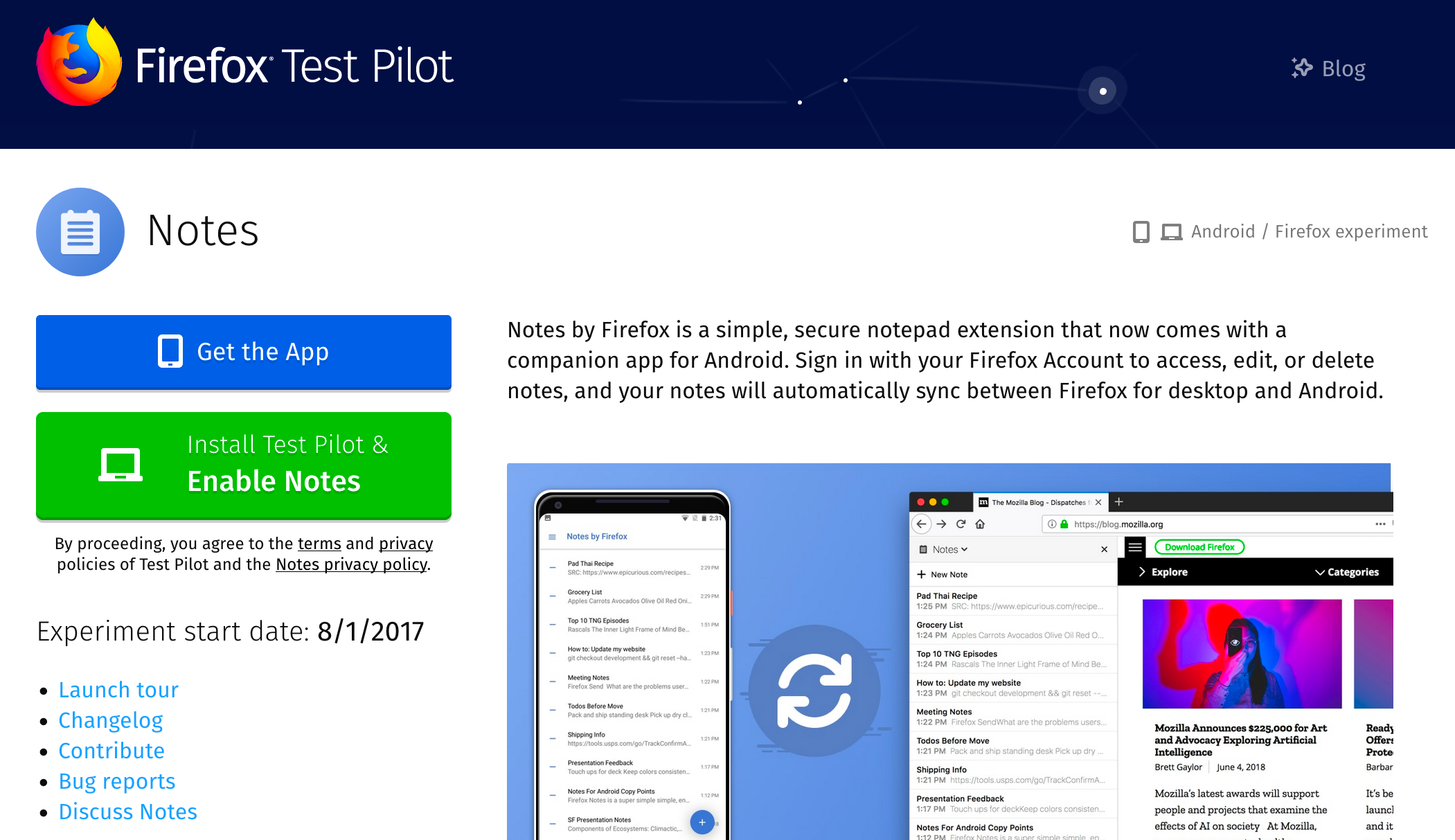 Here’s how the whole process works. You’ll start by installing Test Pilot and enabling the Notes extension in your browser — just look for the giant button on Mozilla’s Test Pilot site for Firefox that says as much.

Agree to the extension’s permissions, and a sidebar should pop up on the left-hand side of your browser with a lovely little welcome message from Mozilla. 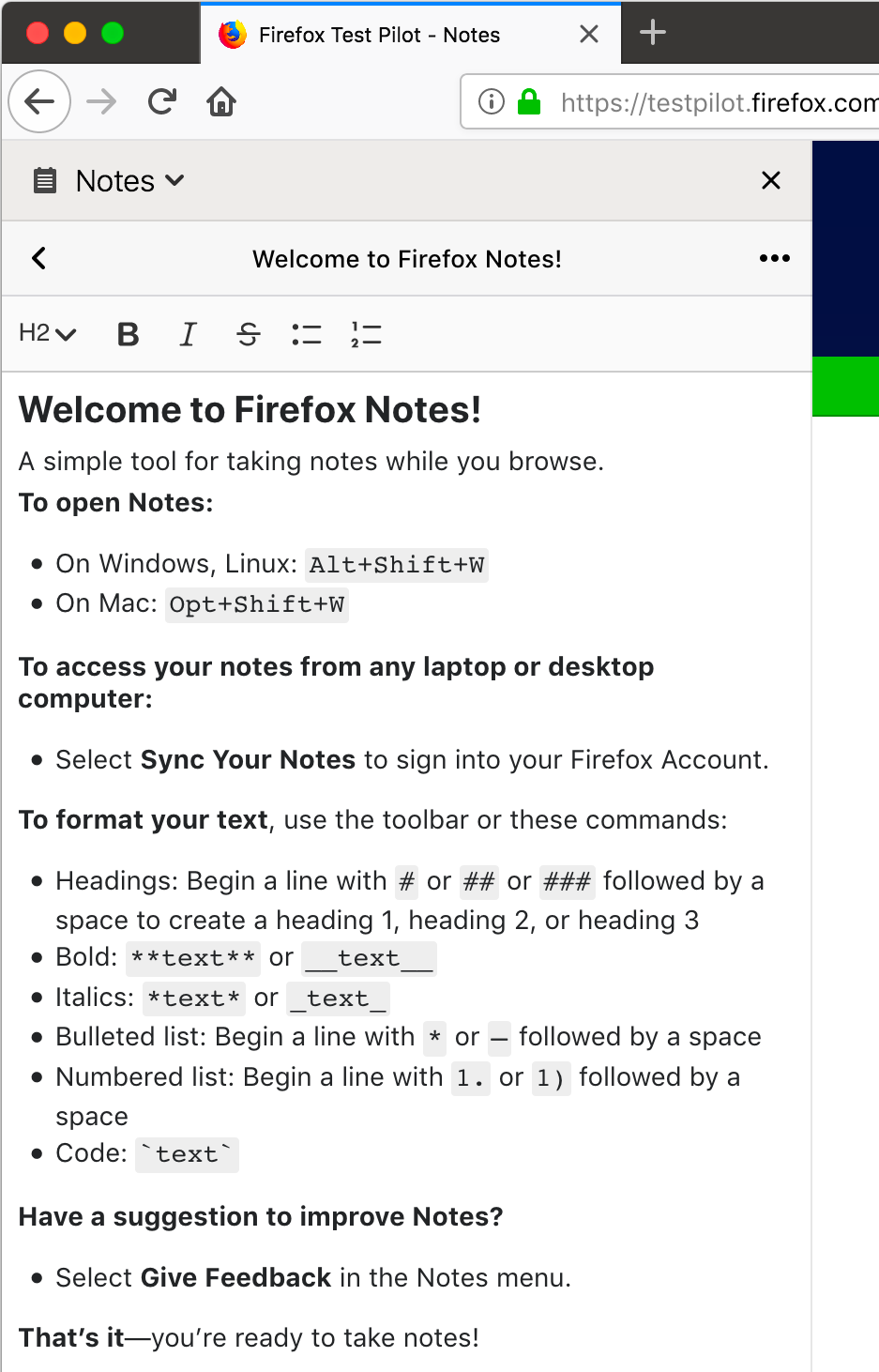 As you’ll see, Notes uses Markdown formatting. So you’ll need to remember that **blahblahblah** is how you’ll bold text, for example, rather than just typing in “blahblahblah”, highlighting it, and hitting Command (or Control) + B.

You can do all the basics in Firefox notes — bulleted lists, numbered lists, and even a special text format for code — but you can’t insert hyperlinks. I mean, you can type in a website’s URL, sure, but there’s no way to transform it into a clickable hyperlink (for now).

You can, however, export your notes as HTML files. That still won’t magically create clickable hyperlinks out of URLs, but it’s at least a good way to preserve some giant note you’ve worked on.

Once you’ve written down your shopping list in the Firefox extension, to use one example, pulling it up within Firefox’s Android app for Notes is easy. Install the app, log in with your Firefox account, and everything you previously typed on your computer will appear on your smartphone or tablet. And, conversely, anything you then type into the Notes app will appear within Notes in Firefox.

Is Notes better than an app such as Bear? No. You can’t clip articles and easily drop them into a Firefox note, there’s the aforementioned hyperlinking thing that might drive you nuts, and you can’t even adjust text colours (or the background colour of the note itself, if you want to get crazy).

Still, it’s an easy way to synchronise notes between any Firefox browsers, as well as your Android device. If that’s all you need, Mozilla’s experimental extension and app delivers.