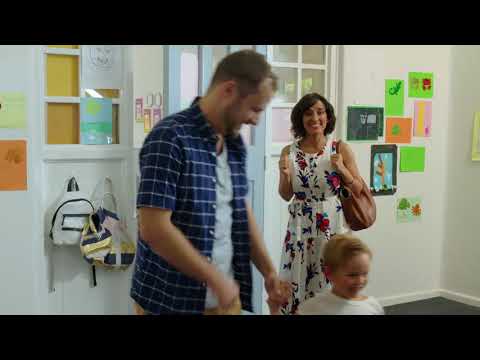 It’s only a little over halfway through the year and already 37 Australian women have been killed by violence.

On average, at least one Australian woman is killed by a current or former partner a week, and about one in six women have experienced sexual or physical violence since the age of 15.

Read more:
‘Stay safe’: why women are enraged by advice to steer clear of violent men

Rigid gender roles and stereotyped constructions of masculinity and femininity are key drivers of violence against women.

And a large body of academic research shows traditional attitudes towards gender are one of the strongest predictors of attitudes that support this violence.

Read more:
‘Ideological masculinity’ that drives violence against women is a form of violent extremism

Australia’s world first national framework to prevent violence against women identifies challenging rigid gender roles and stereotypes as a key action in preventing such action in the first place.

To create lasting change, prevention needs to encompass multiple strategies across a range of places in our community. One key strategy is to begin early in the home.

Early childhood is a key developmental period when children begin to learn about gender.

Gender is different from a person’s biological sex. A person’s sex is based on physical features such as anatomy, hormones and reproductive organs. Their gender is the way they think and act based on learned roles and social expectations.

From birth, children learn about gender-appropriate attitudes and behaviours through gender socialisation. They learn to “do” gender through internalising gender norms and roles as they interact with people around them.

Families are primary agents of gender socialisation, and often provide children’s first sources of information and learning about gender.

Read more:
Can a four-year-old be sexist?

Children begin to understand and act out gender roles and stereotypes at an early age.

The degree to which they internalise and adopt stereotyped attitudes and behaviours can have long term effects on their attitudes, behaviours and values.

People who support rigid gender roles and relations are more likely to endorse attitudes that justify, excuse, minimise or trivialise violence against women, or blame or hold women at least partially responsible for the violence against them.

Not all boys who play with trucks are going to end up violent. But traditional masculine gender roles and ideologies (for example, “men need to be tough”) are associated with men’s violence against women.

Researchers have yet to carry out longitudinal (long-term) studies to directly track the impact of early education in the home on outcomes related to gender equality and violence against women.

However, research suggests parents can play an important role in promoting gender equality and building children’s resilience to rigid gender stereotypes in early childhood, a key action to prevent violence against women.

What practical things can parents do at home?

Parents often implicitly reinforce gender stereotypes, even when they intend not to. For example, parents can convey messages about gender appropriate emotions and activities when reading their children storybooks. For instance, they might label gender-neutral sad characters as girls and angry characters as boys.

Parents can also promote gender equality by supporting a range of activities for both their sons and daughters.

From infancy, boys are often given more sports equipment, toy cars and tools, while girls are given more dolls, kitchen appliances and pink clothing.

Yet infants often have equal and overlapping interests in toys and it is the gendered marketing of toys that subsequently influences their preferences as they age.

What resources are available?

For example, parents and children can play a printable card game or similar activity to match female and male characters doing the same profession.

In Australia, parents can use resources from the #BecauseWhy campaign, launched this year to encourage parents to challenge rigid gender stereotypes and promote diverse interests with their young children.

The campaign, run by Our Watch, involves digital resources including a website, short films and online articles.

The Everyday Q&A page offers practical tips for how parents can challenge rigid gender stereotypes by talking with their children and others.

For example, in situations when children might say, “tea sets are for girls”, the campaign suggests prompting a conversation about why the child thinks that, and offering an alternative view.

That might be, “I can see why you think that, but don’t you think it would be great if we could all play with whatever we want? How about you pick any toy you want?”.

Parents can’t do it alone

It is impossible for parents alone to comprehensively change gender relations. However, when accompanied by other community interventions, for instance in schools and in the workplace, early childhood is a prime opportunity to create effective change.

Supporting parents to promote more diverse concepts of gender with their young children may reduce rigid gender stereotypes tied to attitudes that support violence, and create a more gender equitable community in the long term.