Microsoft Teams Is Getting A Feature-Packed Free Version

Microsoft has announced a new version of their collaboration platform, Microsoft Teams. For companies or teams with up to 300 people, there’s now a free option that offers many of the platform’s best features without having to open your wallet. The new platform launched this morning. Here’s what’s in it.

The free version of Teams, which is part of the broader Microsoft 365 platform announced last year, supports 40 languages with unlimited chat. In-line translation, a new feature that has recently been added to the paid product, is coming soon. It supports collaboration with people both inside and outside the core team with each person getting access to 2GB of OneDrive storage. A central pool of 10GB for shared content is also part of the deal. 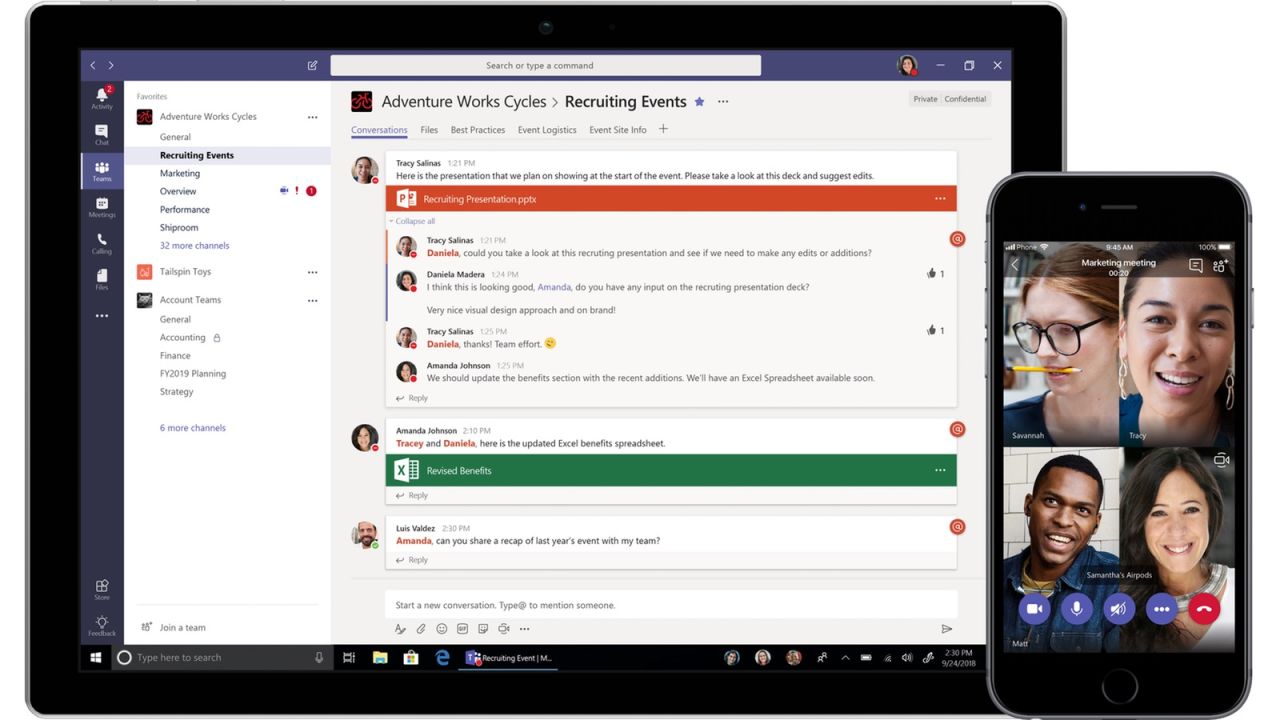 As well as giving Teams a boost through this new freemium version, the many also announced a new tool called Live Events for Microsoft 365. You can now create interactive live events with HD video that can be either broadcast live or recorded for later viewing. While recording events isn’t particularly special, Microsoft has infused the service with some AI which will allow you to jump to specific sections by either searching for a name or some text.

If you search for a specific person, facial recognition algorithms will find that person so you can hone in on what they said without having to manually scrub through the footage yourself. Similarly, the speech-to-text capability will transcribe the recording and let you search for specific keywords. This feature is part of the paid Microsoft 365 service and not included in the new free version of Microsoft Teams.

And their video-chat facilities have also been given a boost with the ability to blur backgrounds. So, if you’re doing a video call while in a coffee shop or in a messy hotel room, the software can keep you in focus and hide what’s going on a round you.

The free version of Microsoft teams is available now with the jump to the paid version starting at $7.04 per user per month.