If Your iPhone Keeps Dying, Check For Weirdly Behaving Apps

Battery issues are one of the more headache-inducing problems you’ll deal with as an iPhone owner. Whether it’s Apple’s alleged planned obsolescence or just the simple physics of your iPhone’s battery — it won’t last forever — there will come a time when you can’t make it through the day on a single charge. But consider this: It might be an app’s fault instead.

The “Battery Usage” feature in iOS isn’t anything new, but there’s a chance you’ve forgotten about it — resigned, as you are, to keeping your smartphone plugged more than ever before. If you’ve found that your iPhone doesn’t hold much of a charge any more, you’ll first want to investigate the issue by tapping on your device’s Settings app, and then “Battery”.

The Battery screen can clue you in to any errant apps that might be responsible for your battery issues. Just scroll down a bit and make a note of any apps that are using a significant chunk of your device’s battery, especially if you haven’t been using them much (or at all).

As one Redditor recently desecribed, this screen helped them discover that a third-party Minesweeper app (of all things) was responsible for their device’s inability to hold as much of a charge as before. As they wrote in their post, “Was wondering why my phone dies so fast. Turns out the Minesweeper widget I use MAYBE once a month is using 46%. Needless to say I uninstalled it.” 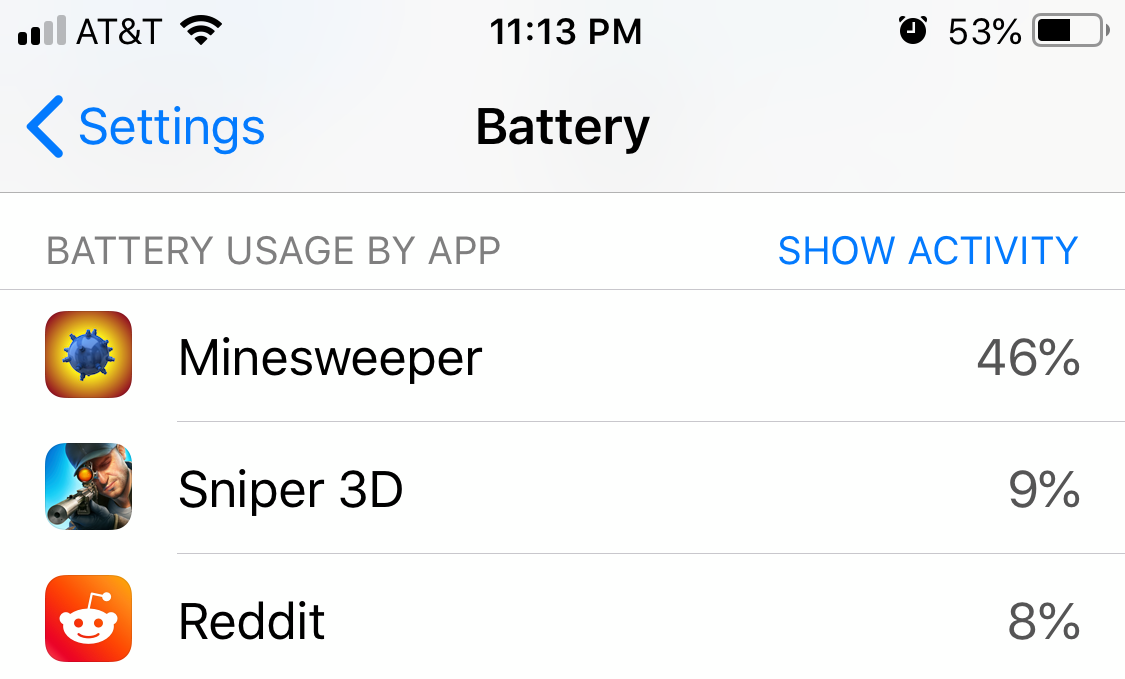 While you’re in that Battery screen, don’t forget to tap on “Battery Health (Beta)” if you’re running iOS 11.3 or later. Your iPhone will show you the maximum charge it can hold (compared to when it was brand new), and it will also warn you if the device is struggling to deliver power at any point.

If you see a problem with either measurement, it might be time for an (expensive) trip to the Apple store for a replacement if you’re out of warranty.

And if you want a fancier solution that shows you a bit more information about your battery than what Apple is willing to share — including your cycle count and charge capacity in mAh — check out Coconut Battery. Install the app to your Mac, connect your iPhone, and take a peek. (Don’t forget to save your analysis so you can compare it against future battery scans to see how well your battery has aged.)