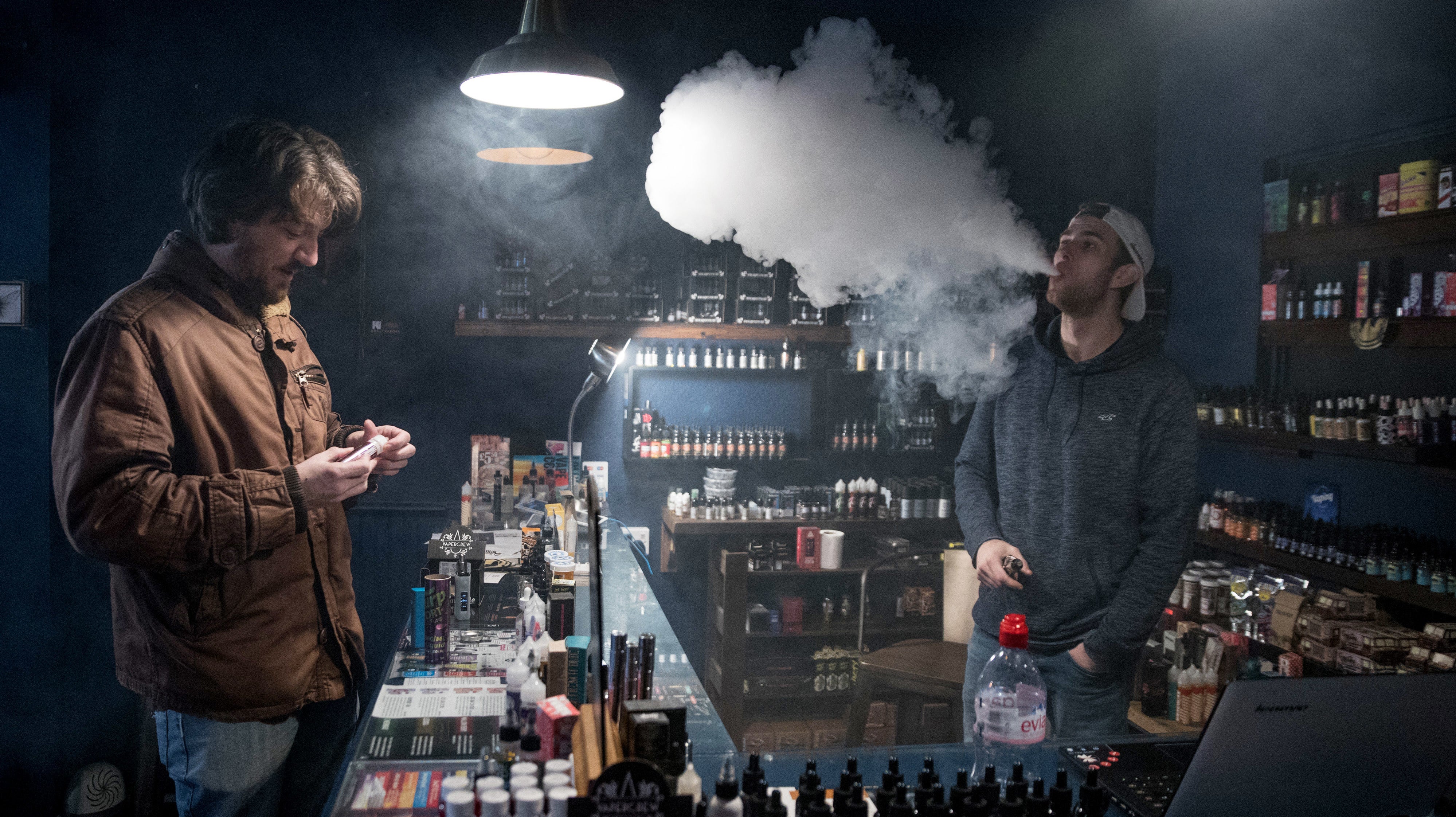 Vaping is almost certainly less harmful to your health than smoking cigarettes, since it doesn’t contain bits of burned-up tobacco leaf (the cancer-causing “tar” in cigarettes). But if that fact leads smokers to start vaping, but then they don’t quit smoking, what good was the vaping?

The study hoped to provide some definitive answers to questions such as whether the flavour of e-liquid affects your likelihood of successfully quitting, but in the end the researchers admit the study “might have been insufficient for conducting adequately powered comparisons of subgroups” of vapers.

In other words, there were not enough people to answer all the questions they were trying to ask.

(The study drew from two surveys, one in 2015 and 2016, of smokers who had been carefully chosen to be representative of the larger population. A total of 858 people answered both surveys, which included questions about how much they smoke, whether they vape, reasons for vaping, and whether quitting was an important factor in deciding to vape.)

You’d think by now this wouldn’t be an open question. Smokers are addicted to nicotine, and vaping provides nicotine, so it should be easy for people to switch away from cigarettes.

But that’s true of nicotine patches and nicotine gum, too, and they didn’t exactly start a revolution; long-term studies of these nicotine delivery systems don’t support them as very effective ways to quit, either.

So we still don’t know whether it’s a good idea to start vaping in the hopes that you’ll be able to quit cigarettes.

During and after the new study, the vaping industry was evolving quickly, and it still is. One of the study’s authors told The Wall Street Journal that even a few years ago, most vaping systems delivered fairly low levels of nicotine, so that might explain why smokers weren’t able to switch to vaping.

There are devices today that deliver a higher dose. Maybe smokers would have an easier time quitting today — but we really don’t know. The study also couldn’t take into account the ways that marketing and public perception about smoking and vaping may have changed.

We’re left with the same conclusions from a National Academies report earlier this year: Vaping might help people quit smoking, but it also seems to be drawing in young people who otherwise probably wouldn’t be sucking down nicotine at all.

Vaping has famously been said to be “95 per cent safer” than smoking, but that’s really just a guess. We still know next to nothing about the safety of the other components of the vapour: Lead and arsenic content, for example, and flavourings that, like diacetyl, may be safe to eat but not to breathe. For now, you’re on your own; guess wisely.