You’re Not Using Enough Oil To Pop Your Popcorn

Good popcorn is great, but most popcorn rarely lives up to its aroma. Fluffy, hot kernels with crunch is the goal, and the key is using way more oil than you think you need. 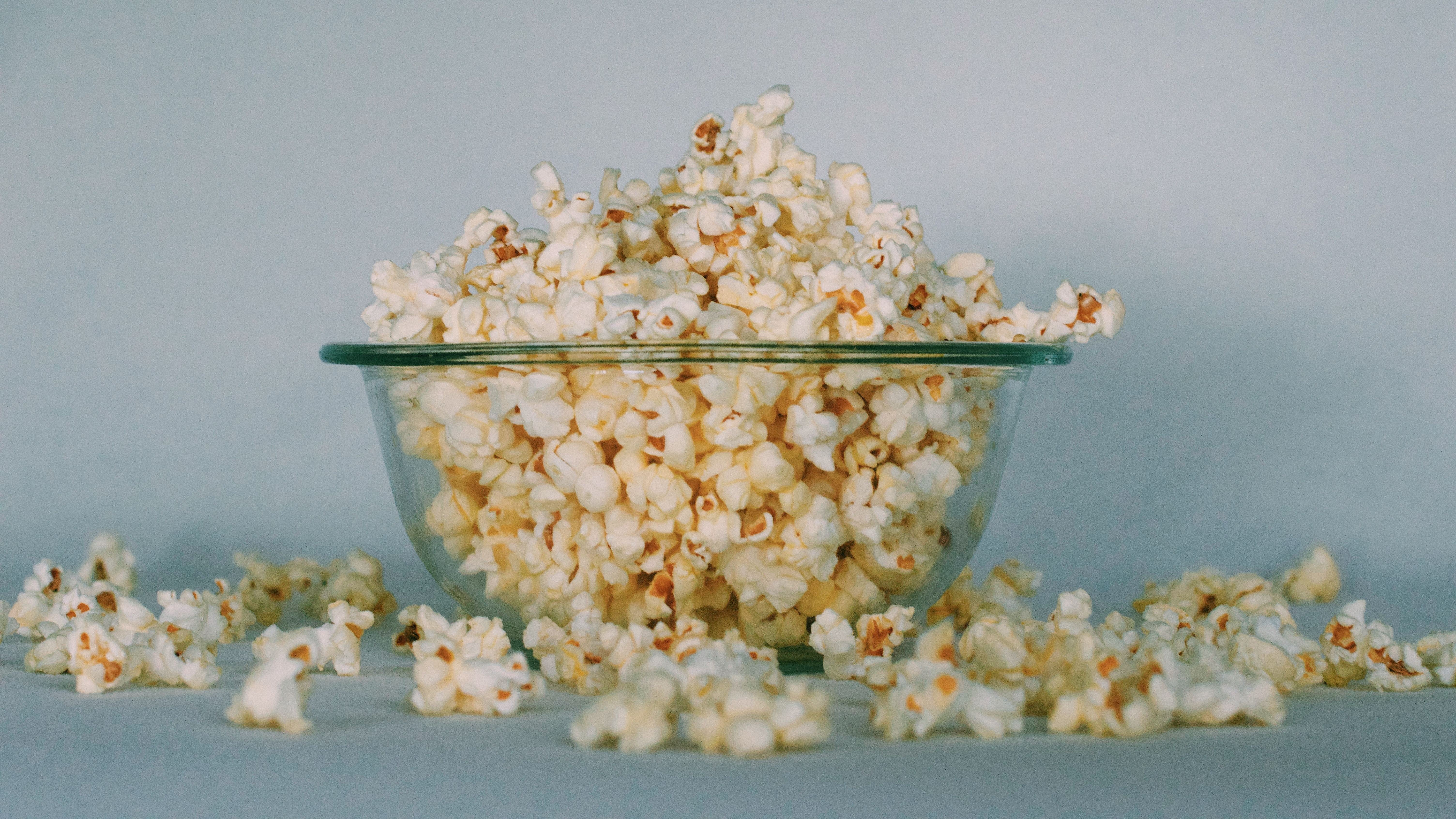 Optimise Your Movie Snacking With These Popcorn Toppings

Awards season is rapidly approaching, which means you should be watching lots of movies - so that you may express your smart and good movie opinions - and eating lots of snacks. A big bowl of fluffy, flavorful popped corn is the obvious, correct choice, but if you find yourself getting a little bored of the basic butter-and-salt situation, we have some ways to branch out.

Given that this recipe comes to us from Jessica Koslow – owner of Sqirl and the only human I will order fancy toast from – via Melissa Clark, I suspected I was in good hands, but I still had to try it because it’s my job. (Also I wanted popcorn for dinner.)

The “recipe” barely qualifies as one; you simply double the amount of oil you would usually use for popping corn, and you use grapeseed oil, which provides almost no flavour of its own and really lets the corn flavour attack your tongue.

This translates to 1/2 a cup of oil for 1/3 cup of unpopped kernels which, in turn, translates to the crispiest, most munchable popcorn I’ve ever eaten. (Yes, it’s a lot of fat, but please refrain from the typical “my arteries!” jokes in the comments, for those are the most boring “jokes” you can make on an article about food.)

You can also blend the grapeseed with other oils by using a 1/4 cup of each, but I urge you to try it cooked in pure grapeseed, finished with fine salt. Though I usually view most carbs as a vehicle for butter, I preferred the unadulterated corn-forward flavour of the oil-only batch over all the others (even the one I made with bacon grease).

If it’s butter you crave, you’re best off using 1/4 cup ghee with 1/4 cup oil, as regular butter will brown (if not burn), though browned butter popcorn is pretty good too.

Bacon fat, schmaltz and duck fat are also fun options if you like a rich, smoky flavour profile.

To make this bowl of super snackable corn, you will need:

Add the oil to a large pot or Dutch oven and heat it over medium-high heat. Once it’s been heating for about five minutes, add three kernels of corn. (I’ve found that adding the kernels too early causes them to brown and never pop for some reason, especially if you’re using a mixture of fats, so add them a little later.)

Once the kernels pop, lower the heat to medium-low and add the rest of the popcorn and cover the lid, leaving a slight opening for steam to escape.

Let the corn pop, shaking the pot every once in a while, until you hear everyone start to settle down.

Dump everything into a bowl, season it however you like, and resist the urge to chomp down for five minutes for the ultimate crispy and crunchy, yet somehow still fluffy, popcorn eating experience.