Use Leek Greens To Flavour Grilled Or Steamed Seafood

Leek greens are quickly becoming my favourite part of the leek. Not only are they freaking banging when pan fried, but they can be used to infuse fish and other seafood with delicate, oniony flavour.

The green parts of the leek doesn't get enough love. Almost every leek-containing recipe tells you that you don't need them, that they're too tough, and unworthy of you. This is all false. Though they are a bit tougher than their white counterparts, they have a lot of flavour within those hard-to-break-down cellular walls, and they make an eggscellent breakfast accessory.

There are two ways to take advantage of the allium’s flavour-lending ability. One is to seal the greens in a pouch along with your finned or shelled fish before cooking – we’re talking en papillote – and the other is to use them as a protective bed while grilling (more about that in a minute). 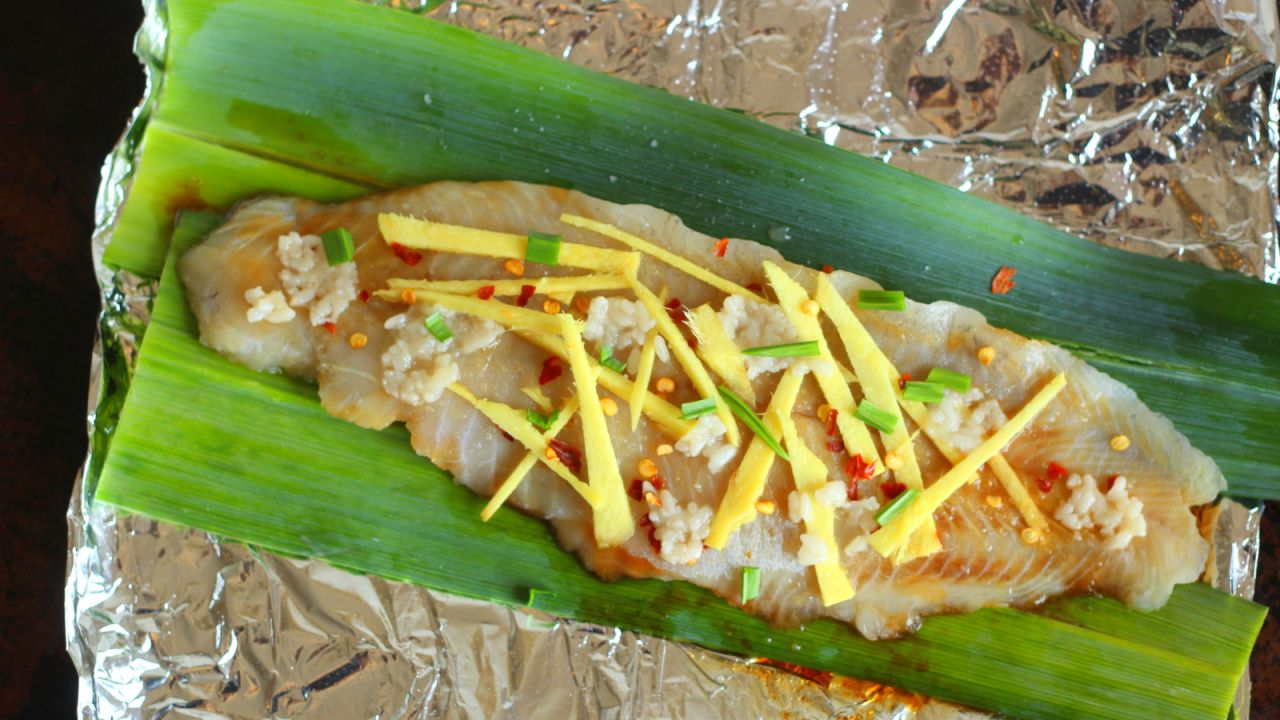 That beige stuff is shio koji and you need it in your life. (Photo: Claire Lower)

That beige stuff is shio koji and you need it in your life. Photo: Claire Lower

For the first, simply lay the washed greens out on a piece of baking paper or foil, place your fish on top, and season as you usually would. I like to brush mine with a mixture of two parts sesame oil to one part soy sauce, and smear on some shio koji for good measure. Citrus wheels, fresh ginger, any herb you like, and pepper flakes are also good choices, but feel free to experiment.

Seal the whole package up and cook it in the oven for half an hour at 190C, or grill it (if you’re using foil) for five to seven minutes on each side, until it flakes with a fork.

When grilling, you can use the leaves to keep food from burning while it finishes cooking, as Chef Aaron Sanchez describes here. Take some foil, line the top rack of your grill with it, make a bed of leek greens on top of the foil, and rest your food right on top of the greens. The greens will gently flavour the food while keeping them from getting burnt.