The Sad Decline Of Sizzler’s Restaurants In Australia

Collins Foods, the owner of Australia’s largest chain of KFC restaurants, today posted a 16% lift in full year net profit to $32.49 million. However, the long death of Sizzler restaurants, the popular family steak houses of the 1990s famous for its all-you-can-eat salad bar, cheesy bread, and dessert range, continues.

How To Make Sizzler's Famous Parmesan Bread At Home

Once upon a time, Sizzler was everywhere. While nominally a steak-and-seafood restaurant, the chain was famous for two things. its all-you-can-eat buffet and the complimentary Parmesan bread that greeted you on arrival. </p><p>Sadly, Sizzler became a victim of the casual dining wars and there are now only a handful of outlets left in Australia. But don't despair. the recipe is surprisingly easy to make at home and it only takes a few minutes. Here are the steps!

Revenue was down 22% to $50.8 million for Sizzler restaurants, with two fewer restaurants over the year, leaving just 13 open in Australia.

In Asia, however, Sizzler revenue was up 9.7% due to new restaurant openings. There were 73 Sizzler Asia restaurants operating at year end.

“We successfully completed the acquisition of 25 restaurants during the financial year while continuing to drive same-store sales growth across the network,” says CEO Graham Maxwell.

Collins now has 225 KFCs in Australia plus a growing network in Europe. Last year the company paid $110.2 million to Yum! Brands for 28 KFC restaurants in Tasmania, South Australia and Western Australia. 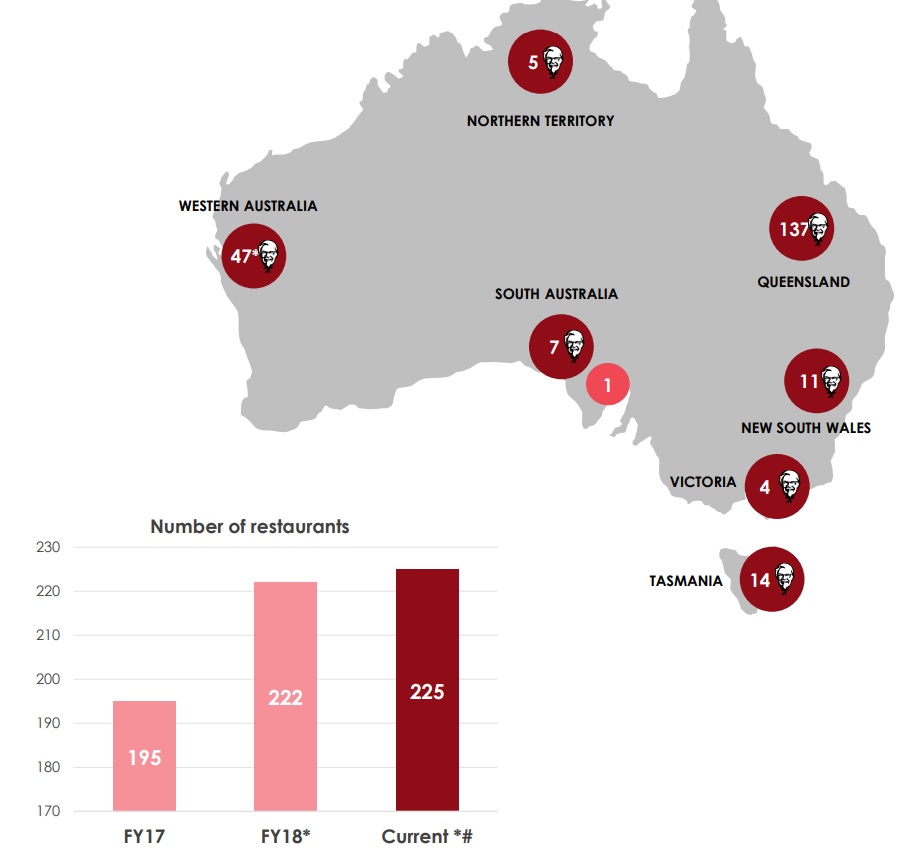 “We are focused on continuing to grow our KFC Australia business through transaction led same store sales growth and further improving the performance of our WA business building on the positive Q4 results it achieved,” says Maxwell.

“During FY19, in Australia we plan to drive transaction led sales growth, build eight further KFC restaurants, and maintain a focus on operational improvements and margins. Simultaneously, we will look to roll out home delivery from more KFC restaurants through both aggregators and our own channel.

“In Europe, we are already seeing positive results from our transformation plan in Germany. The integration of our KFC Netherlands restaurant network is progressing well, and we continue to realise operational efficiencies across the network as we develop our back office support functions.”