Crisp cucumber salads are everything you want in a side, and smashing the cukes — rather than slicing — makes the dish even better.

This Naked Tomato Salad May Replace Your Caprese

I remember the first time I bit into a cherry tomato. I was at a Sizzler. I was seven. A boy was present. I was talking a lot, as I am wont to do, when I casually popped the mini 'mato in my mouth.

Smashing is not only easier and faster than slicing, but it makes a much tastier salad. A cucumber slice is flat and slick, meaning whatever dressing you apply to it is going to slide off to a significant degree. Roughing ’em up with a bit of brute force creates a craggy, rough area for your vinaigrette to cling to, which is a very good thing.

Smashed cucumbers also have a juicier, pickle-like quality to them that amplifies their cooling qualities and makes them the perfect accompaniment to heavily spiced fare. There are three basic steps to making this salad: smash, salt and season. (“Salt” and “season” may sound similar, but stick with me here.) 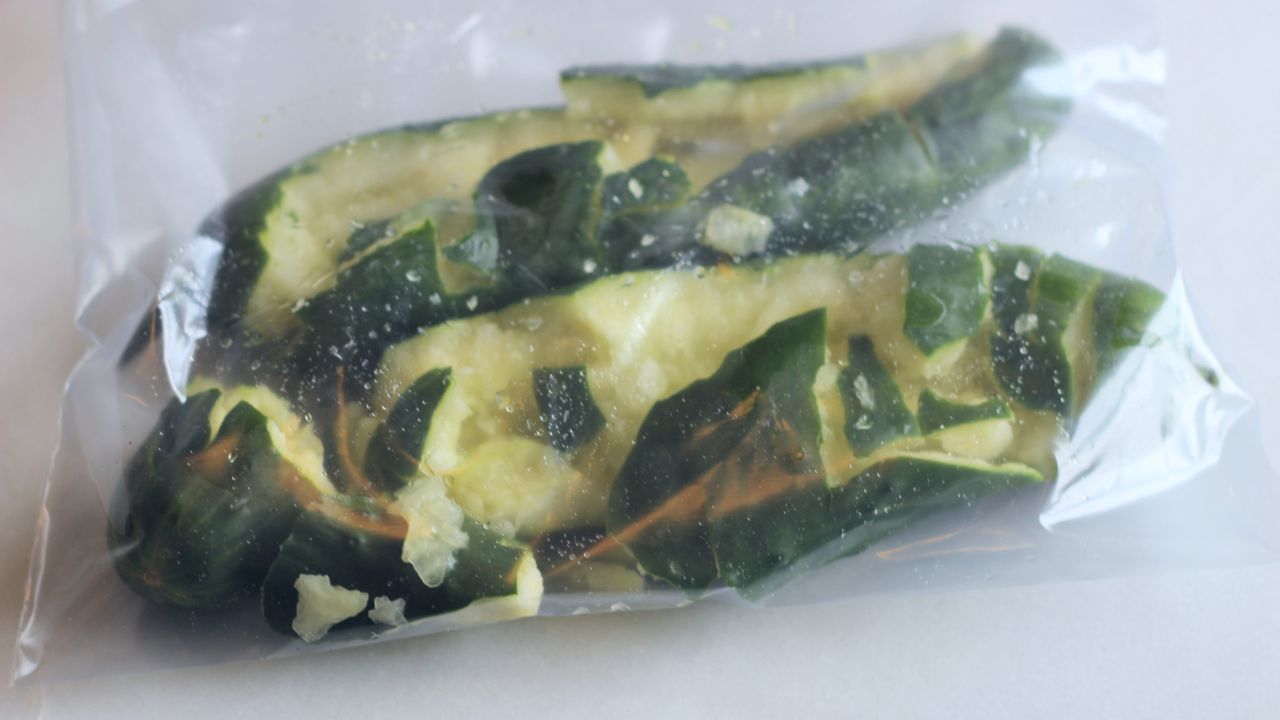 Everyone loves smashing. First, grab a couple of cukes — pickling cucumbers and Persian cucumbers work best, but I had some basic arse cucumbers lying around from a delivery box, so I used those and it was fine.

Next, put them in a big resealable freezer bag, seal it and take your frustrations out on the cucumbers using something heavy, like a ladle or small cast iron skillet. Once they look like the photo above, reach into the bag and break them into bite-sized piece.

Open up the bag sprinkle in a teaspoon of salt and a teaspoon of sugar, and shake the bag vigorously to coat. Place a colander or a sieve inside a big bowl, then dump the cucumbers in the colander (or sieve) and set the whole thing in the fridge for at least an hour.

This will not only remove some water by osmosis — firming the flesh and intensifying the cucumber’s flavour — but it will help soften tough skins. 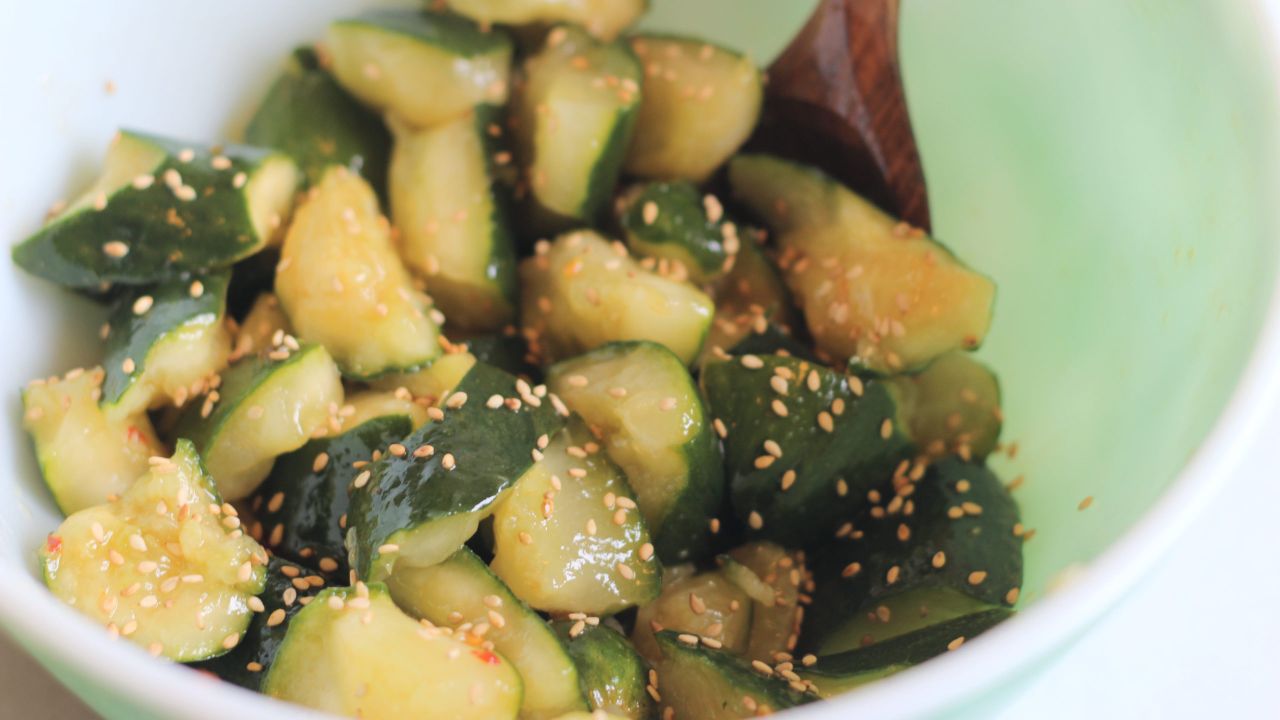 This last part is kind of up to you, as any sort of vinaigrette goes well with cucumbers. Heck, I might even mess around and throw these in my grandmother’s cucumber-tomato-onion salad, which is dressed solely with mayo and garlic salt. (Don’t diss it until you’ve tried it.)

If you want to stick to a more traditional flavour profile, toasted sesame oil with rice vinegar and soy sauce is a good place to start. There are a lot of variations on this dressing but I do mine with the following:

Combine all ingredients in a small mason jar and shake to emulsify, then let it hang out for at least 15 minutes for the flavours to meld. Drizzle the dressing on the cucumber, toss and enjoy with something that’s rich and meaty, aggressively spicy, or both.