The Ten Best Sidekicks In Science Fiction And Fantasy

Sidekicks. Always there to lend a helping hand, or sword, or wand, as the case may be. A hero is nothing without his or her sidekick, but these companions rarely get the recognition they deserve. A few second bananas may get the spotlight on occasion — your Robins, your Chewbaccas, your Igors — but they all originated in comics, films, or on TV. This list is for the truly forgotten, the most overlooked of the overlooked. Here is a ranking of the top 10 best science fiction and fantasy sidekicks that originated in books.

NOTE: Hermione Granger is not on this list because she is not a sidekick, in the same way that Princess Leia is not a sidekick. She is not merely there in support of the hero or as a foil; she has her own arc, goals, and priorities. 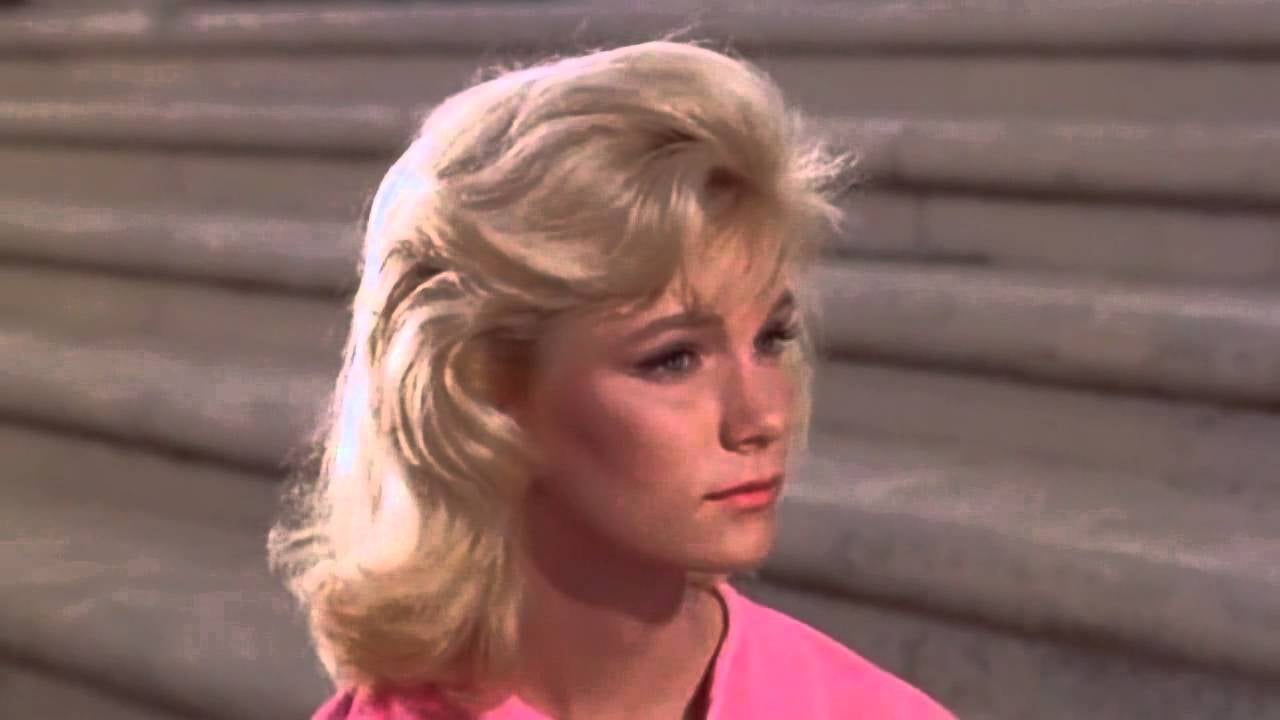 Some sidekicks do more in death than they ever could in life. In H.G. Wells’ classic novel, Weena is an Eloi, a member of a seemingly defenseless race that humans have evolved into by the year 802,701. Weena’s relationship to Wells’ Traveller on the surface seems to be merely as a damsel in distress — the Traveller successfully saves her from drowning in a pool, and then fails to rescue her when the Morlocks (the other, much nastier race humans evolved into) take her for food. While she might seem useless, she does slip two flowers into the Traveller’s pocket, which serve as the only proof of the Traveller’s adventures when he returns to a Victorian era sceptical of his exploits. 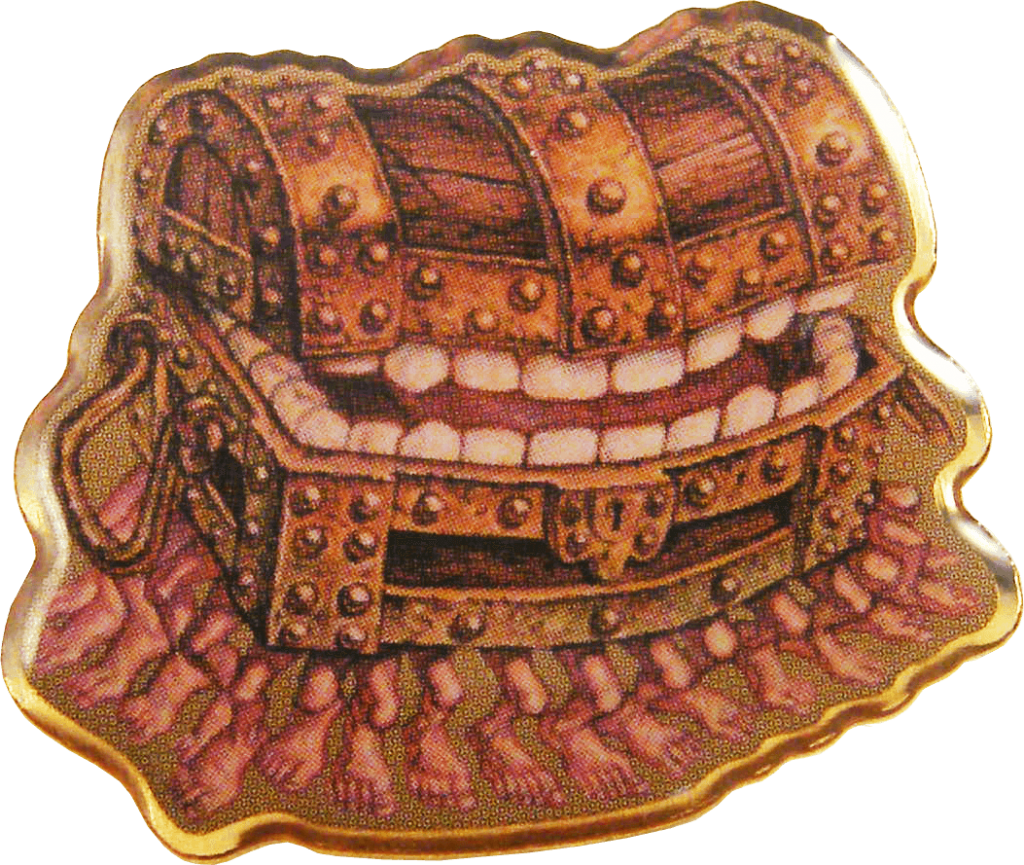 Who says a sidekick has to be a person to be effective? The Luggage is a trunk made from sapient pearwood and bound to protect its owner. It was originally the property of Twoflower, an ignorant tourist to the magical land of Discworld, but ownership soon transferred to unlikely hero and lazy wizard Rincewind. The Luggage is impervious to magic, can follow its owner anywhere (including other dimensions), and shuffles around on hundreds of adorable little legs. But the Luggage’s true power is its mouth. The trunk has a habit of eating people, literally hundreds throughout the Discworld series, without ever once filling up. Indestructible, over-protective, and always hungry, the Luggage may be the toughest piece of furniture in the history of literature. 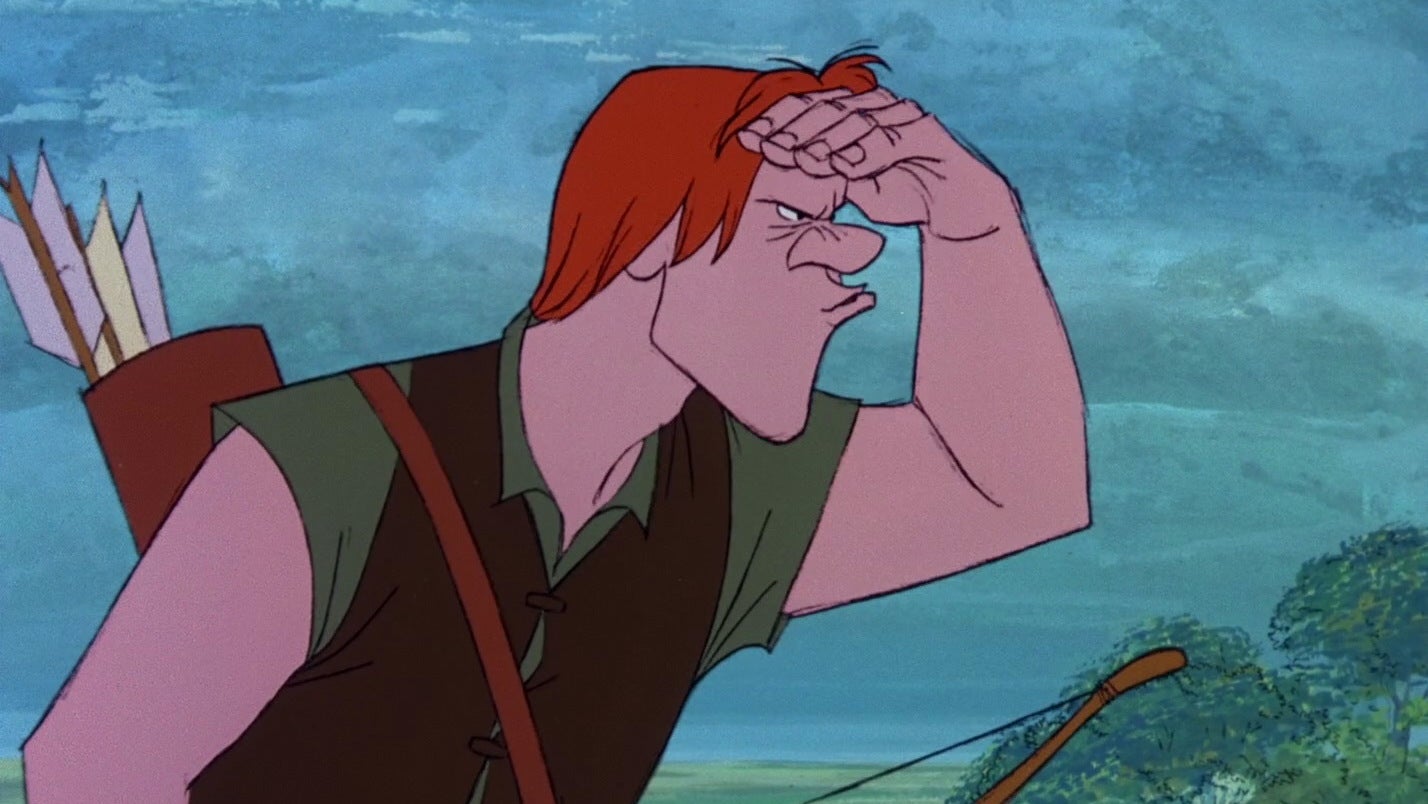 Sometimes the best of friends were once the worst of enemies. This sidekick began his career as King Arthur’s older foster brother. While accounts of Arthurian legend differ, all agree Sir Kay would have been a rough guy to grow up with. He’s loud, rude, and quick to fight, and in some versions of the story, bullies his brother, but after Arthur draws the sword from the stone, Kay pledges loyalty to his king and becomes one of the first knights of the round table. In some legends, Kay can change size at will, shoot fire from his hands, deal an incurable wound, and go nine days without sleeping or BREATHING. He’s not easy to deal with, and on occasion abandons Camelot, but when something goes down, he’s the first guy you want on your side.

Heinlein’s novel centres around a man from Mars making his way through our strange Earth customs, and the first thing he needs is someone to show him around. Luckily for Mike the Martian, Gillian is that someone. Gillian becomes the first woman Mike ever sees, and after sharing a glass of water (trust me, it’s a big deal on Mars), she helps him escape a fate as a government science project. Later, when Mike becomes Earth’s biggest celebrity and starts the wildly popular Church of All Worlds, Gillian becomes a key figure in the religion. Not every sidekick needs to fight. Sometimes, they just need to be there for a hero when no one else will. 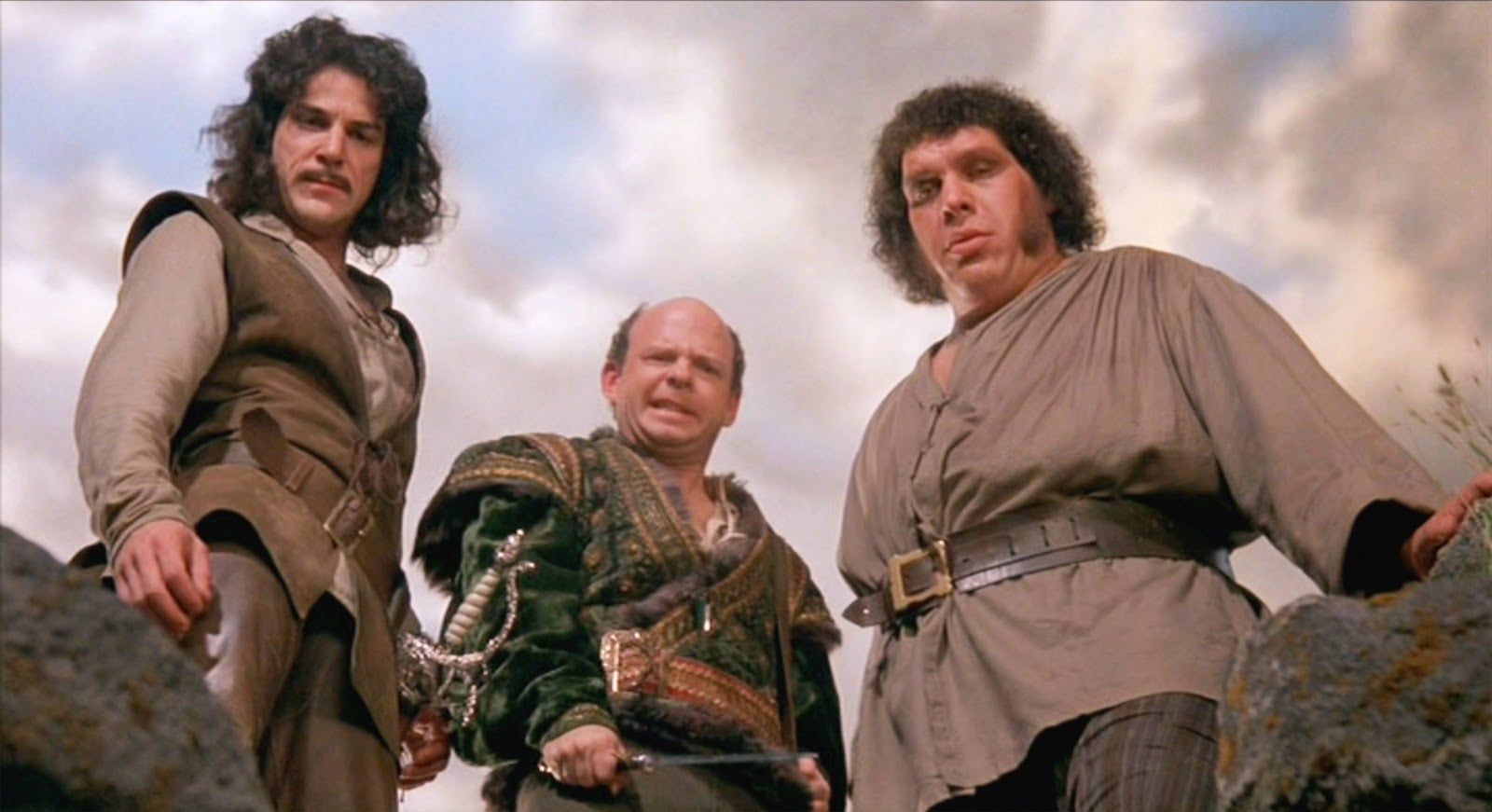 I thought long and hard about which of Wesley’s sidekicks to include on this list, but in the end, I couldn’t decide. Whether you prefer the gentle giant Fezzik or master swordsman Inigo Montoya, both were key in Wesley’s mostly-revival and eventual rescue of Princess Buttercup. After falling in with the villain Vizzini, Wesley recruits the duo after defeating them, and their boss, in contests of their greatest skills. Though both were exposed to violence at an early age (in Inigo’s case, watching his father’s murder; in Fezzik’s case, a childhood of being forced to fight) they never let the harshness of the world taint their honour, and proved themselves true heroes by their defeat of Prince Humperdink and the six-fingered Count Rugen.

#5 Ford Prefect, The Hitchiker’s Guide to the Galaxy series 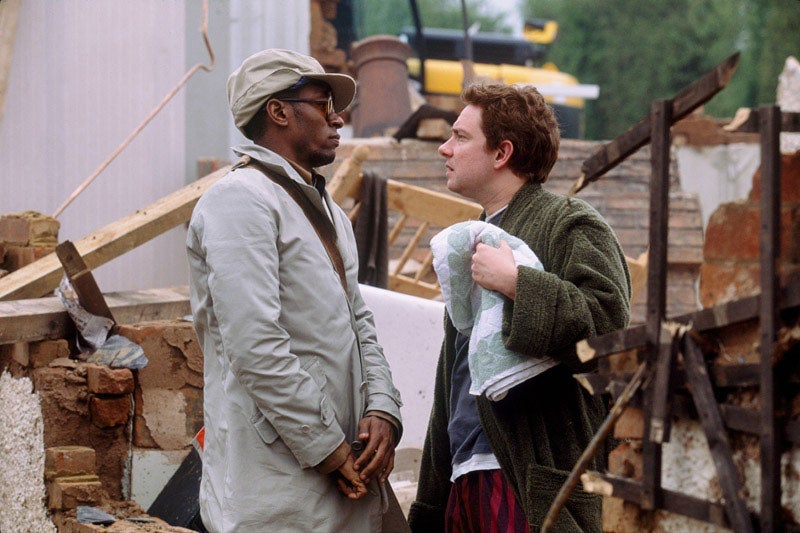 Possibly the best thing sidekicks can do is save their hero’s life, so when Ford Prefect saved Arthur Dent from an Earth scheduled for demolition, he cemented himself as a companion for the ages. Ford is a absurdist, 200-year-old, hard-drinking alien who thought at first that cars were Earth’s dominant species. This makes him a perfect balance for Arthur’s cautious, high-strung demeanour. He introduces Arthur to the crew of the Heart of Gold, and starts him on his adventures. Though Arthur may not always be on board with everything that Ford gets him into, another one of a sidekick’s many duties is to continue the mission, even when the hero doesn’t want to.

I’m gonna say it, Molly Millions shouldn’t be a sidekick. She’s far more capable than any of the so-called heroes she finds herself partnered with in William Gibson’s Sprawl series (Johnny Mnemonic in the eponymous short story and Henry Case in Neuromancer). As a badass, super-strong cyborg with knives hidden under her fingernails, she should have better things to do than babysit a living hard drive and a drug-addicted computer hacker, but the only thing tougher than Molly’s cybernetic implants is her code of honour. Though she may be a mercenary, whenever she takes a job, she doesn’t stop until it’s finished, and more often than not, gets attached — in one way or another — to whoever she’s sworn to protect.

#3 Ser Bronn of the Blackwater, A Song of Ice and Fire series 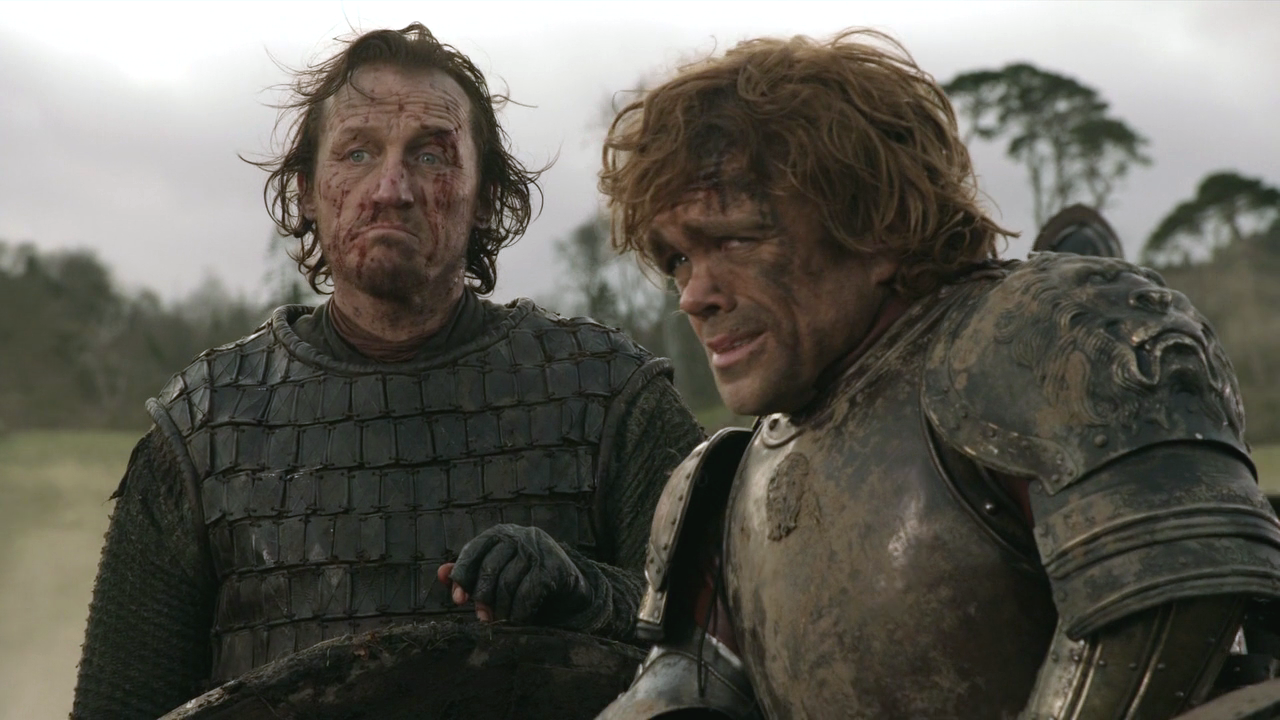 Bronn usually seconds the wily Tyrion Lannister, though as of late, he’s on loan to his brother Jaime. While Bronn began as a sellsword of little renown, he at one time served as the Commander of the City Watch at King’s Landing, and was eventually knighted for his bravery at the battle of Blackwater. How could Tyrion refuse to promote him, though, when Bronn has saved his life on many occasions — including acting as his champion soon after meeting him, in that trial by combat in the Eyrie? Bronn is the kind of sidekick who rarely shows affection for his primary, but by season three of Game of Thrones, even he had to admit that he considered Tyrion a friend. 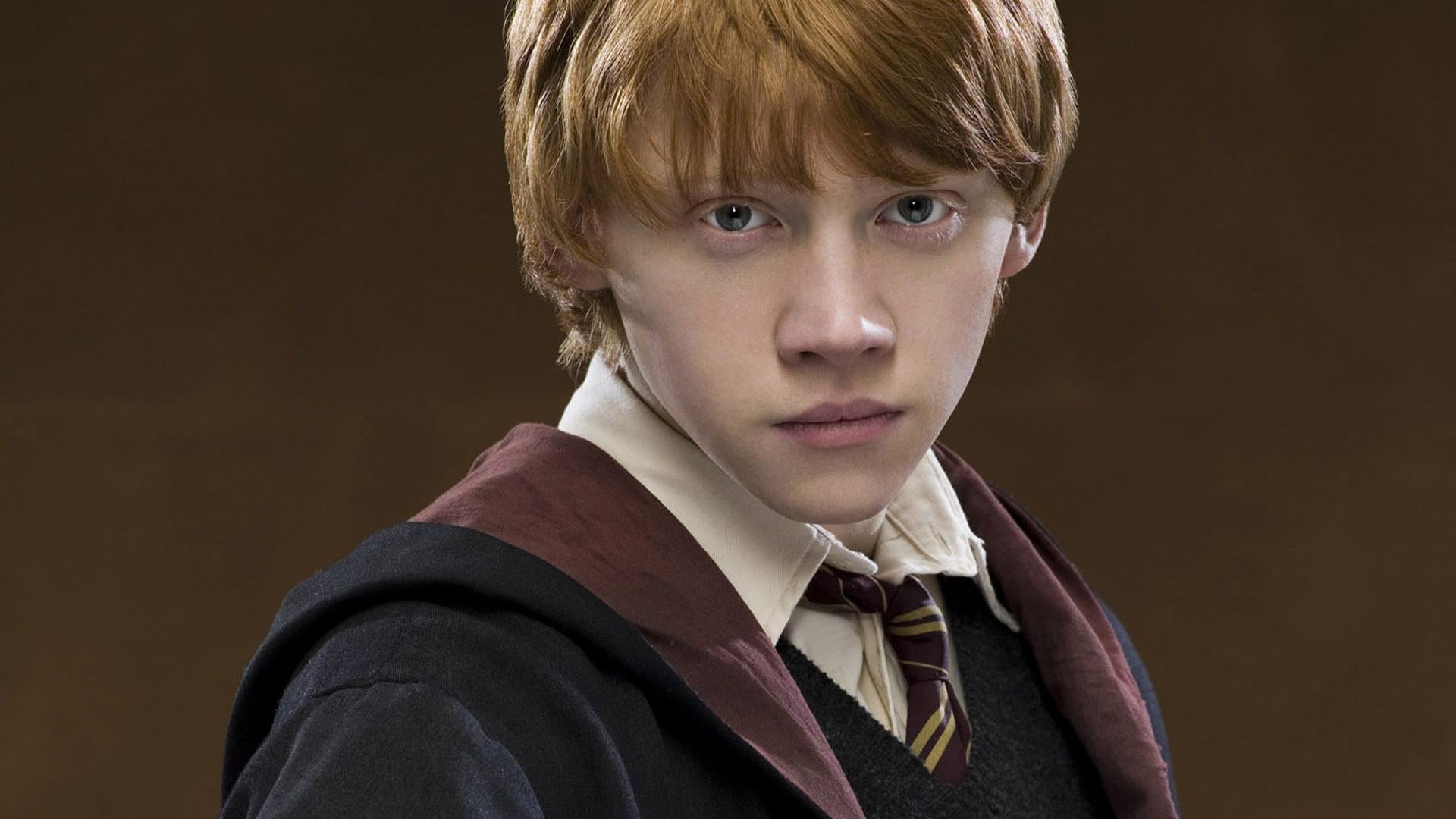 Ron Weasley is an amazing sidekick. The sidekick to end all sidekicks. A sidekick’s sidekick. He’s goofy, fiercely loyal, and offers Harry — a hero with everything — the one thing he doesn’t have: a family. Aside from facilitating Harry meeting his future wife (Ron’s sister Ginny), the Weasleys become the surrogate family Harry never had in his own Muggle relatives, the Dursleys. Harry’s longtime classmate offers more than emotional support, however; he saves Harry’s life on numerous occasions and even destroyed one of Voldemort’s horcruxes. It’s a hard life to live in the shadow of the Boy Who Lived, but Ron Weasley does it, if not with dignity, then with a reluctant maturity that makes him one of the most relatable characters in the whole wizarding world. 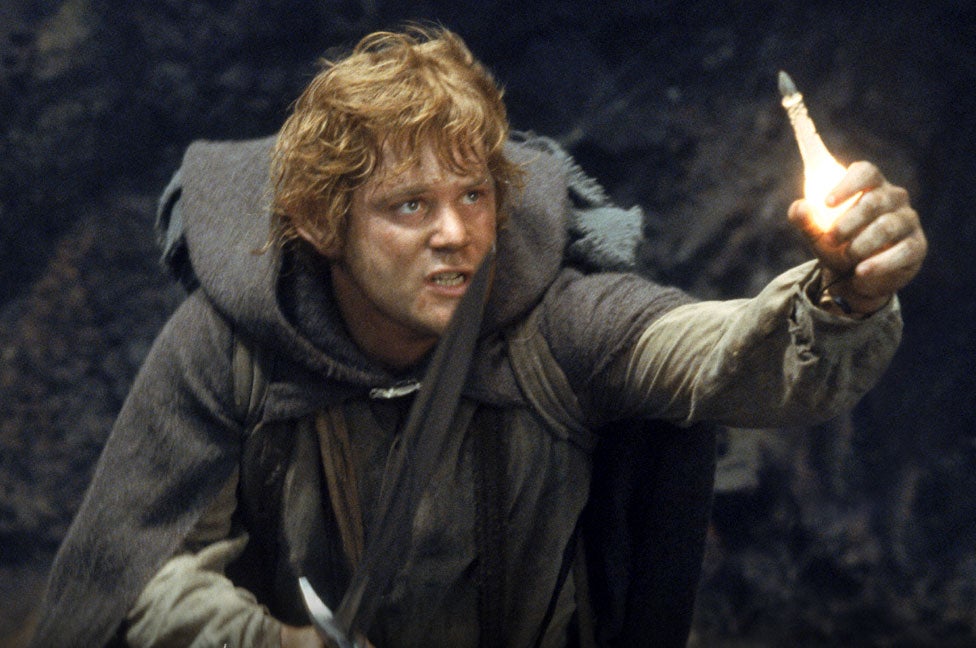 Image: New Line Cinema It is a rare thing indeed when a sidekick is a better man than even the hero. I’m not merely talking about being physically stronger, because the strength of a Hobbit is negligible at best. I mean strength of character. Sam is the only person who willingly gives up the ring on the Fellowship’s quest to Mordor. Sam risks his life to save Frodo numerous times, and he wasn’t even an original member of the Fellowship. He carries his friend up Mount Doom, on his back, to make sure the ring is thrown into the lava. Samwise Gamgee is more than a sidekick. Samwise Gamgee is a hero in his own right, something confirmed when he is allowed to enter the Undying Lands at the end of his life. He earned his place there, because he proved that a sidekick can offer more than assistance — a sidekick can offer a guiding light for the hero to follow out of the darkness.

This story originally appeared on iO9.