It’s Practically Official: Pixel 3 Is Getting A Notch

Last week, we reported on a leaked Google Pixel 3 XL screen protector that had an iPhone X-esque notch on top. Now, an alleged photo of the actual phone has appeared online – and that telltale little rectangle is plain as day. We’re all going to have to get used to notches – they’re here to stay.

The pair of prototype images below were posted on XDA Developers forum on Friday. If authentic, they prove that Google’s Pixel range has indeed jumped on the notch bandwagon: 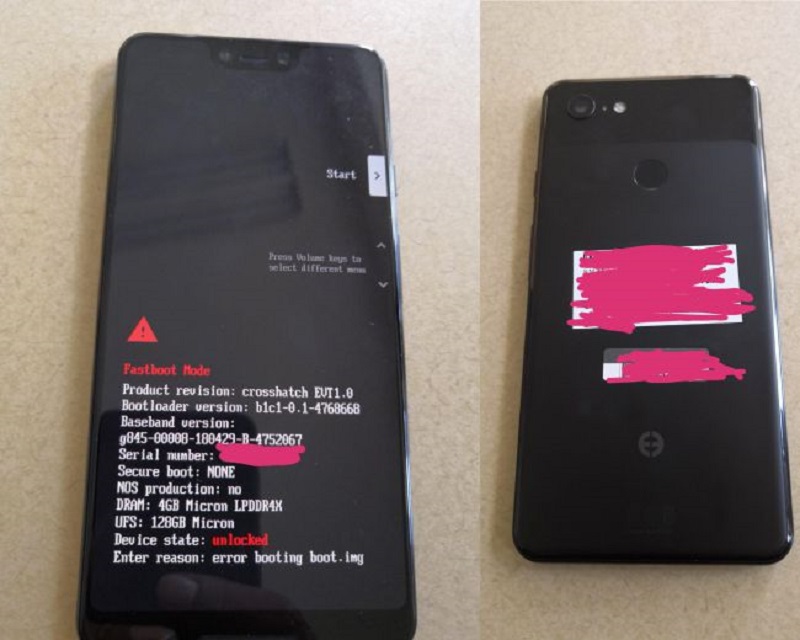 A notched display allows a phone to have an edge-to-edge display while still allowing room for the camera, speakers and sensors. It’s a sound idea in theory, but many users are deeply against the look.

The good news (for anti-notchers) is that the above photo only shows one model – the XL. The previous photo leak included a notch-free screen protector for the regular Pixel 3. This suggests that Goggle isn’t going all in on the notch and will also offer a traditional display arrangement (albeit in a smaller form factor).

In addition to revealing the notch, the photo also lists a few specs for the XL, including RAM (4GB) and onboard storage (128GB). There are also clearly two front-facing cameras – a feature that was also present on the screen protector. Hmm.

As ever, it’s important to treat any product leak with a healthy dose of skepticism – it’s possible that these images are either clever fakes or show an early, discarded prototype. With that said, they align perfectly with the aforementioned screen protector leak. Make of that what you will.

All will be revealed in a few months when Google officially unveils its new smartphones. If we were betting men, we’d put money on there being a notch. Let us know what you think in the comments.

Pixel 3 Has Been Spotted In The Wild (And It Has A Notch!)

With its peerless camera, instant OS updates and sleek design, the Pixel 2 is arguably the best Android smartphone on the market. Today, the internet caught its first glimpse of the Pixel 3 - and it's looking quite different to its predecessor. It appears that an iPhone X-esque notch is coming to the Pixel family.