How To See Which Messages Apple Is Storing In iCloud

Apple recently (and finally) brought Messages to iCloud, which we’ve written about a bit over the past month because it’s just that useful and necessary of a feature. However, with all new, great things comes confusion; setting it up can be a bit of a head-scratcher and apparently, figuring out just what it’s doing is equally question-inducing.

“So my iPhone X has said ‘downloading messages from iCloud’ since I updated to 11.4 a few days ago. The progress bar doesn’t have any colour, but my iCloud on the phone says there’s 1.1 GB uploaded. How can I access the messages that have been allegedly stored? I don’t see anything about iMessage on iCloud.com.”

Before we jump into the messaging pool together, I just want to take a moment to note how Apple’s new feature — though incredibly useful for synchronising Messages between your (non-Watch) Apple devices — is a complete killjoy given Apple’s 2012-era limits on free iCloud storage.

Or, to put it another way, it’s time for Apple to be a bit more generous. The company — still trapped in the Jobs mindest — really hates the word “free,” but even doubling iCloud’s free version to 10GB, which is still meh compared to the 15GB of free space you get on a Google account, would do wonders.

It’s annoying to watch Apple doubling down on cloud features (storing photos, syncing messages, and hosting device backups, to name a few examples) without giving regular customers a way to actually use them without paying extra fees on top of their already-expensive devices.

To answer this Reddit user’s question, I’ll offer two approaches. First, since your messages are now being synchronised to iCloud, there’s an easy way to see exactly what’s going up there: Pull up Messages on any device that has this feature toggled on.

I realise that’s a bit of a cop-out answer, but it’s fundamentally true. If you’re synchronizing messages to the cloud, than any message on your device is going to be what lives there and eats up space. And, no, Apple doesn’t make it easy to see which specific messages or attachments are causing you storage grief.

On an iPad, for example, tapping on a person’s face at the top of a Messages conversation and tapping on the “i” icon for Info lets you see the images and attachments you’ve exchanged in a conversation: 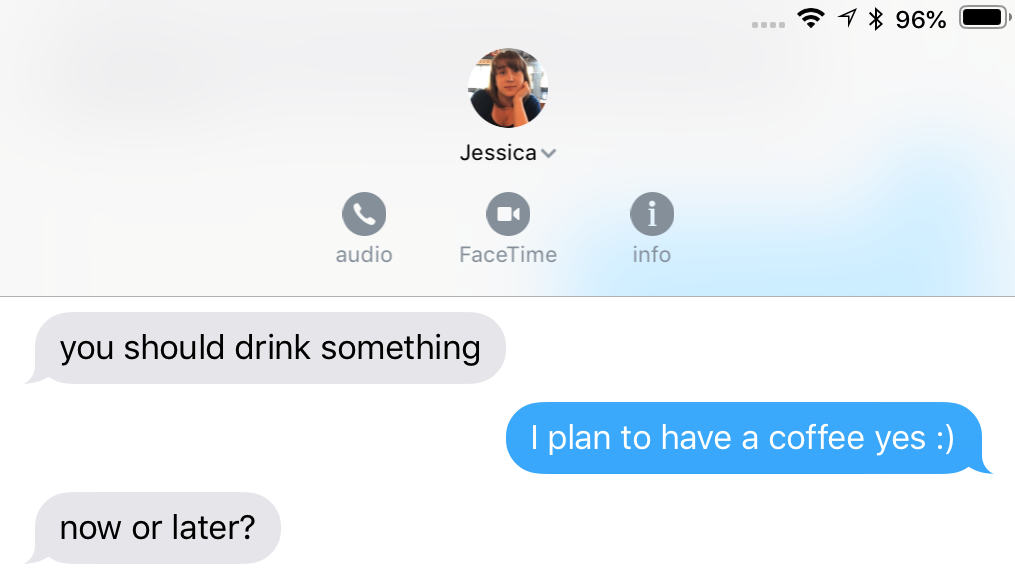 While you can long-press on any item to pull up a menu to delete it, but there’s no easy way to remove everything in one swoop — nor can you sort images and attachments by their size to get rid of the biggest stuff first.

[Update] Thanks to Twitter user @stoinov, who reminded me that you can see which items in your conversations are eating up the most space — sort-of. Pull up your iPhone or iPad’s Settings app, tap on General, then [device] Storage, and then scroll down to find the Messages app. Tap on that, and you’ll see a little field for “Documents and Data” with a bunch of different categories, like Photos, Videos, GIFs and Stickers, et cetera.

Tap on one to see which attachments are eating up the most space on your local device, which might not necessarily be what’s taking up room in your iCloud, depending on which devices you mainly use to message. 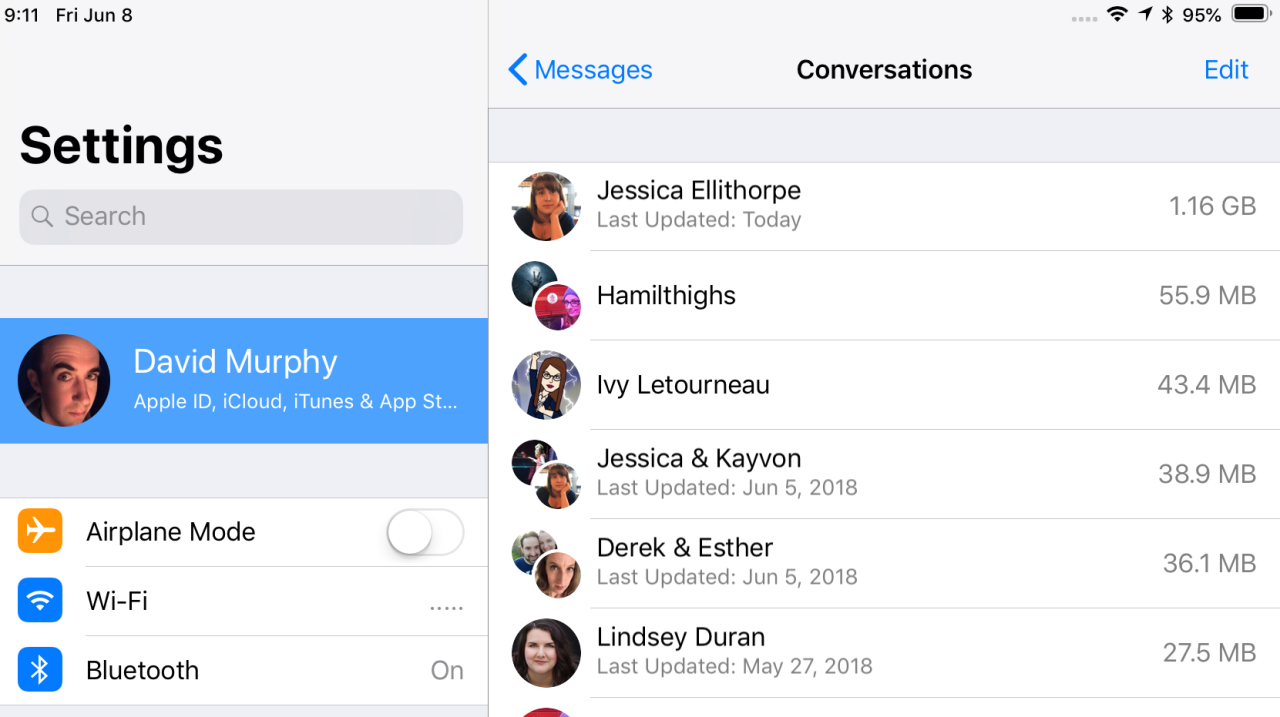 You can also try limiting how many messages your devices save by going back out to the main Settings screen, tapping on Messages, and selecting a new Message History option — instead of “forever,” for example, maybe you should try having your devices only retain messages for up to a year. How often does one need to go back and read text messages that old, anyway?

In my case, because I love saving everything and can’t bear to get rid of anything, I just opted to pay Apple for 50GB of iCloud storage instead of 5GB, which is more than enough for everything I do with iCloud. You win, Apple. I wave the white flag, as much as I wish I didn’t have to.