How To Make A Portable IKEA LEGO Play Centre

If there are two things I love to play with, it’s IKEA and LEGO. Both start as kits with a predefined purpose but there are so many possibilities. My two step-sons have birthdays coming up and they love LEGO. The problem is, while we have room for them to play, we really don’t have a space where they can leave their LEGO set up so they can return to their games and adventures. So, we set out to create a portable play centre where they could store their LEGO and keep it assembled. Naturally, that led to a trip to the local IKEA.

Although this is a shared gift for two boys, we didn’t want to go crazy on the spending. There are bespoke kits we saw and some other projects that can run into hundreds of dollars but none of those suited our home or what we wanted. Here’s what we went for.

With the KALLAX units, it’s worth noting we went for the least expensive units at $35 each but if you want a gloss finish, then the cost jumps to $60 per unit. With the castors, you could also buy a set of four from Bunnings for $10 that would do the job. But we were in a hurry to get this project done and being able to get most of the bits from IKEA in one go made life a little easier.

Putting it all together was quite easy. An electric screwdriver will save lots of time. We started by constructing the KALLAX units and then installing the castors.

When installing the castors, I lined them up so they slid past each other when i pushed the units against each other. Also, the KALLAX instructions direct you to install some small pads on the base for when the units are placed on the floor. Omit that step as the pads interfere with getting the castors in the best position.

I then used the four mending plates to join the two KALLAX units together using the countersunk screws. I simply marked the centre of each plate, placed it in position and screwed it in. As the KALLAX units are quite soft, there’s no need to pre-drill. I used four plates at the top and bottom of each side to ensure the units would stay together. 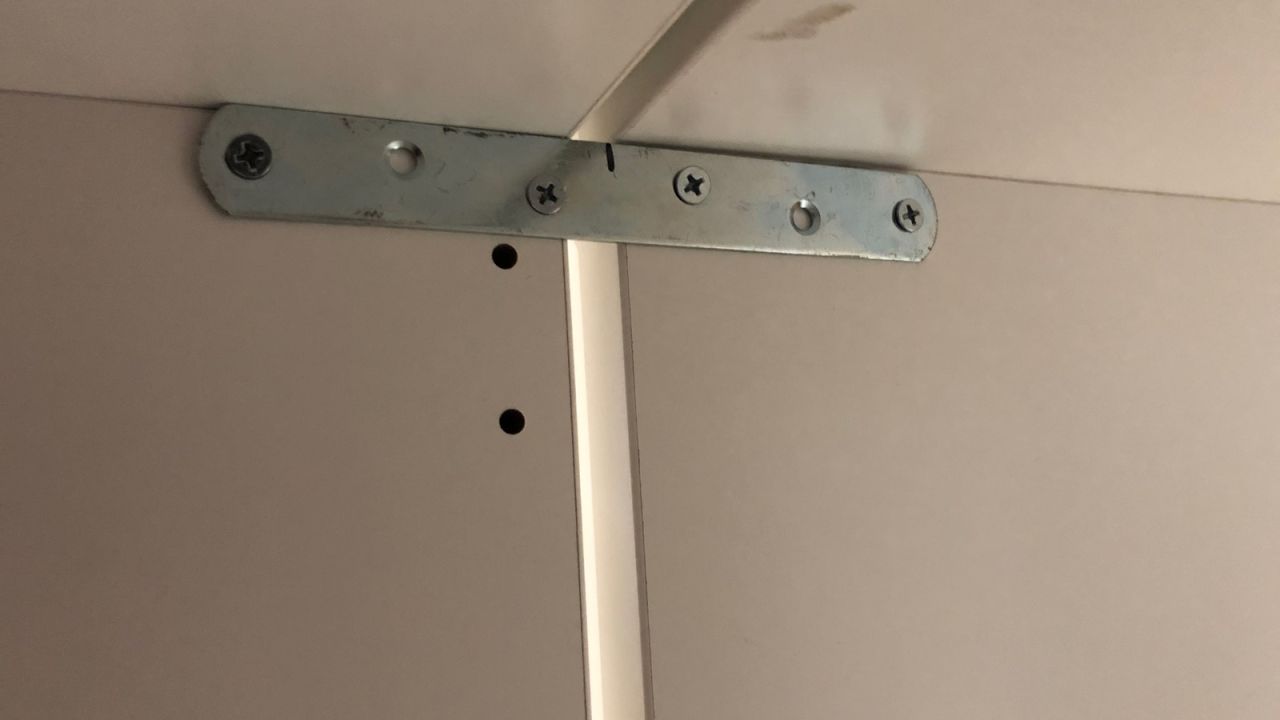 There’s a small gap of a couple of millimetres between the two units because the rails that the castors attack to screw in from the front, as well as the base, of the KALLAX cubes. 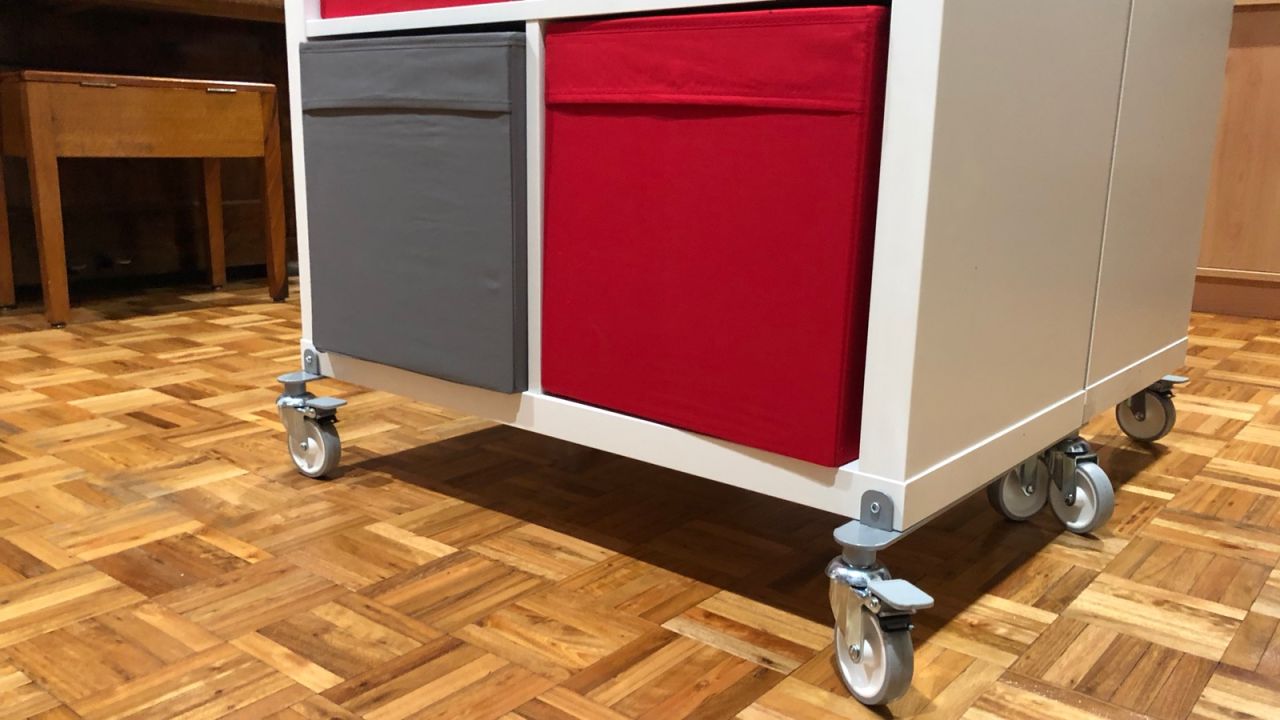 The base plates are the perfect width. We went for the larger baseplates in grey as the colour is great for building on and two plates are exactly the same width as the storage units. We glued those on using a bit of Araldite.

When putting the baseplates on, don’t push them hard against each other. There needs to be a paper-thin gap between the plates. Without that, you can’t attach a brick across the join. We used a bunch of bricks to get the gap right. As the glue allows for a few minutes of working time, we used that to ensure the plates were perfectly placed before popping some heavy weights on top to keep them in position as the adhesive set. 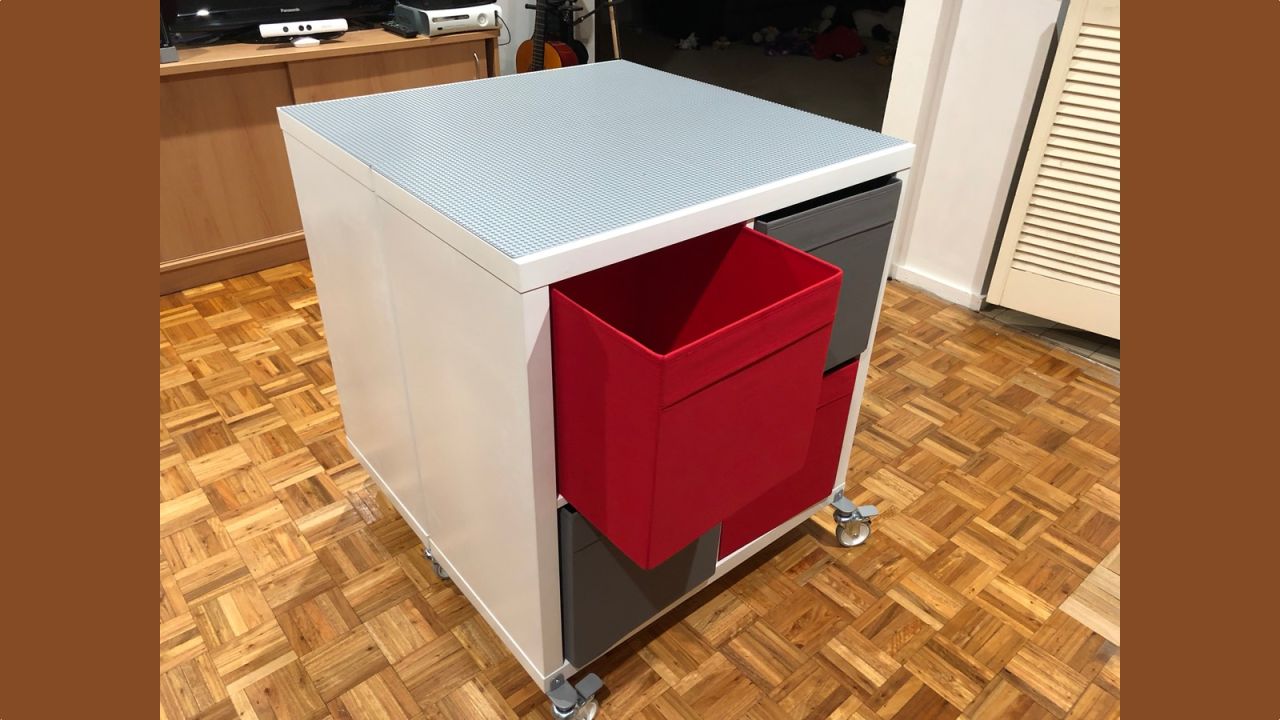 All up, the process took about an hour plus the curing time for the glue.

Once it was all done, we put popped the storage cubes in, for stashing the kids’ bricks, and it was ready for action.

The total width of the play centre we constructed is wider than a standard doorway. That’s not a big deal for us as we have a place to tuck it away when not in use but may be an issue for others. That could be overcome by using hinges and catches to allow the unit to be split so it can fit through narrower doorways.

With the castors, I’m going to remove two of the wheels. There are eight wheels under the unit but the ones in the centre area are too close, making it hard to control.

There are lots of ways to make LEGO play centres. The approach we took allowed for a reasonable cost and took into account our limited handyman skills. It was easy to build and will give the boys many years of fun.